I originally got this guy in a lot of items from the now infamous Morphy’s auctions. This was not the key piece I was after, but I thought it was neat. When I purchased it, I knew a part was broken, but I should have looked closer, as there was another problem: a set of missing wheels. It is still an interesting piece that I think a lot of people don’t know about, so I am going to talk about it anyway. 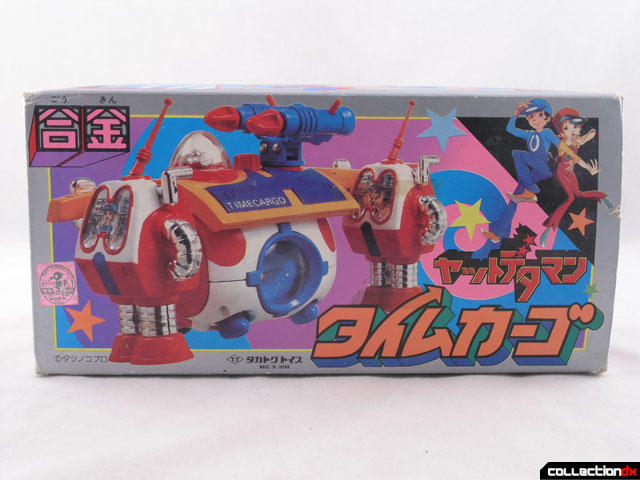 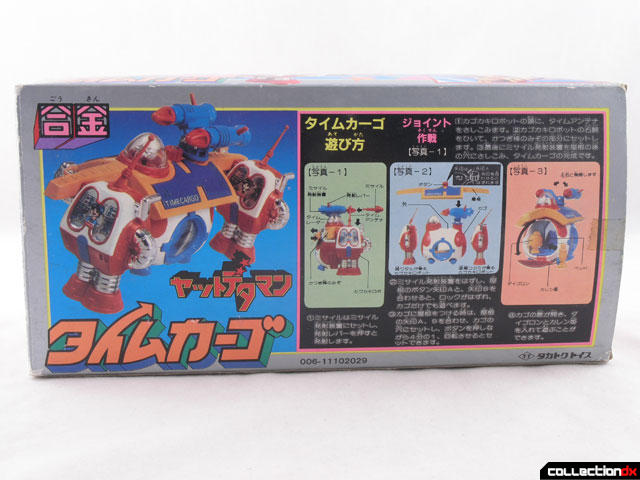 This toy comes from the Japanese anime “Yattodettaman”, the fifth in the Time Bokan series. This Tatsunoko show aired on Fuji TV from 1981 to 1982, and like every Time Bokan show, was heavily influenced by the wishes of toy licensor Takatoku.

In the show, the Time Cargo was a vehicle that would travel through time to find a mythical firebird. The pod was carried by Wataru (in the front) and Koyo (in back). The passengers were Karen-Hime (Princess Karen) and her guardian Daigoron. 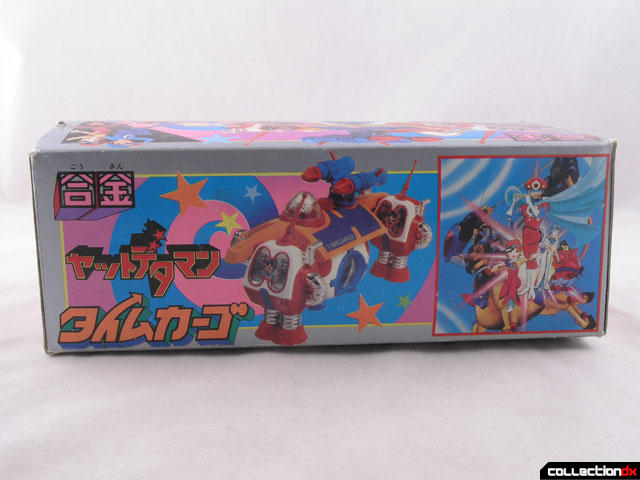 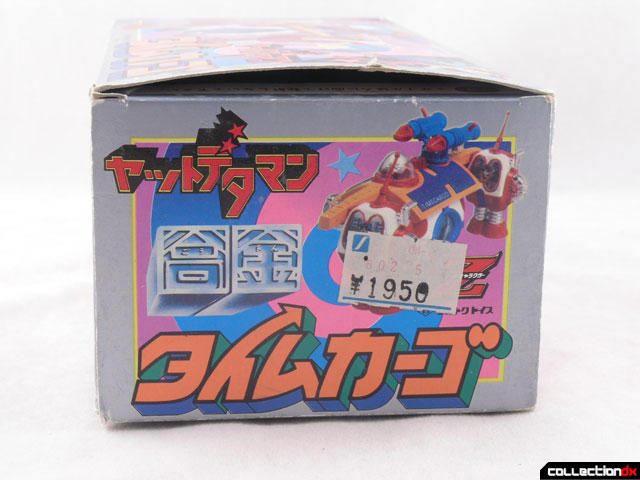 The design of this vehicle is based on the Japanese “Kago” (Get it? Time CARGO?), a Tokugawa-period transport for royalty, often seen carrying nobility in Japanese period dramas.

The Time cargo is part of Takatoku’s Z-Gokin series of diecast toys. The whole central egg section is metal. There’s a lot of cool stuff packed into this little toy. 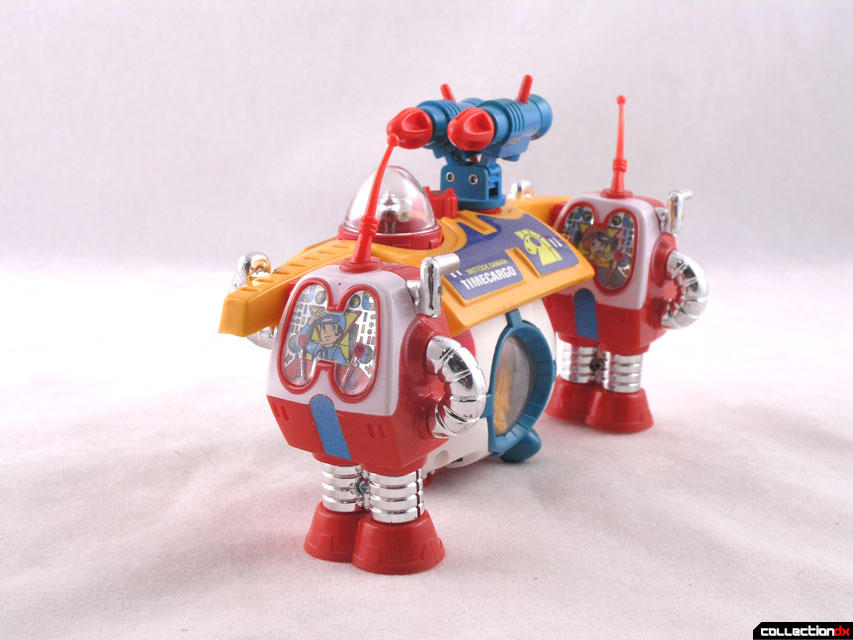 First off, you have the robot suits. The main characters of the show travel through time in these goofy suits. They are all plastic, but have cool chrome arms. The arms are spring loaded, so that they can grab onto the pole carrying the pod. 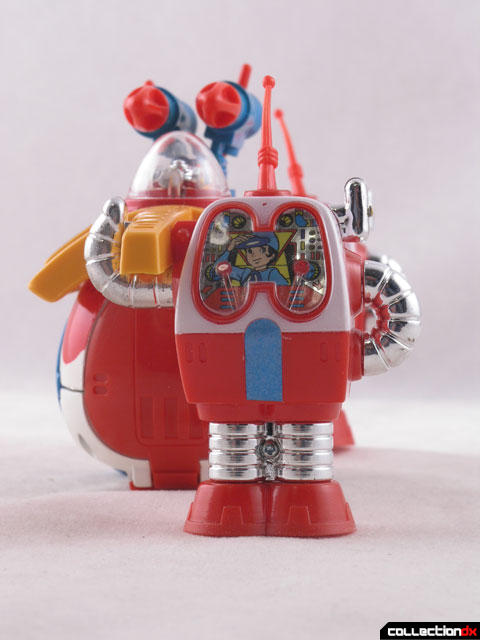 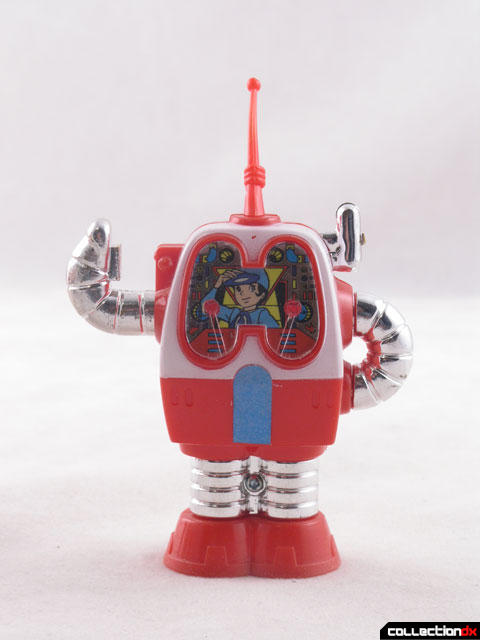 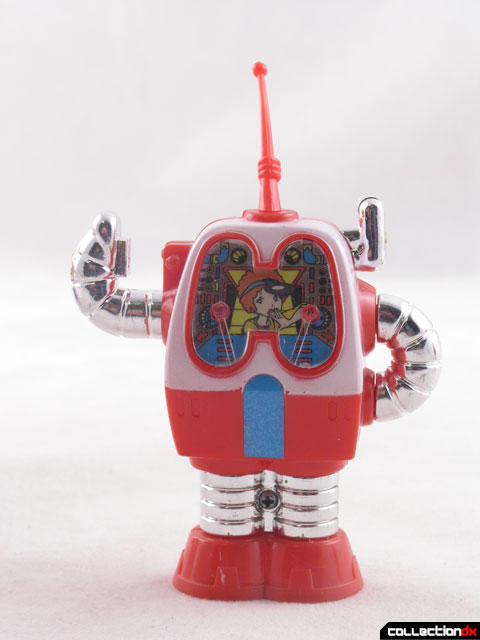 The whole yellow assembly with the pole is one piece of plastic, and the central pod connects to it. On the top of the pod is a set of blue missile launchers. These launchers are connected with a gear, so moving one moves the other. The whole assembly can turn as well. 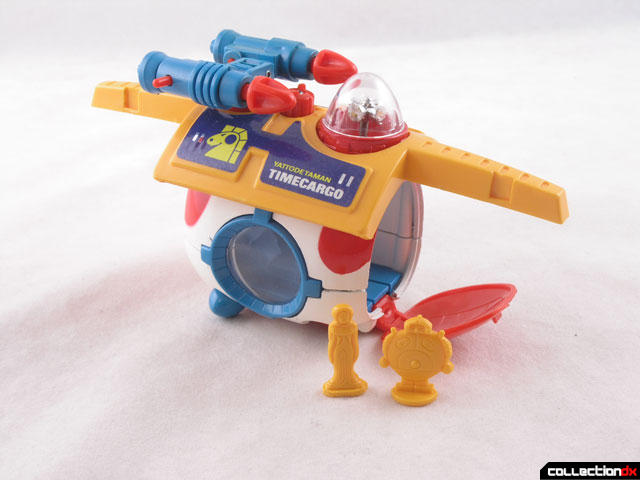 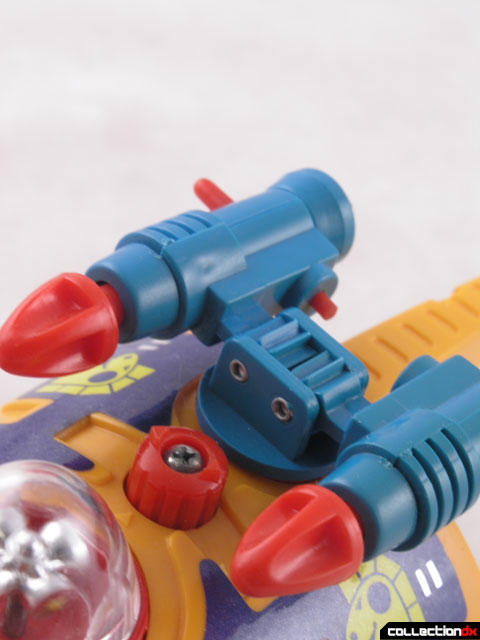 Also on the top is a clear dome with a springy chrome antenna. Shake the toy and the antenna bounces all around. 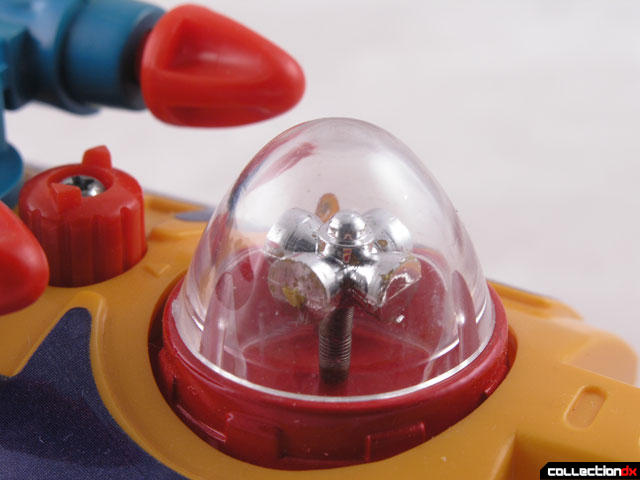 Between the two is a red knob. Turn the knob and line up the arrows to release the metal pod from the frame. 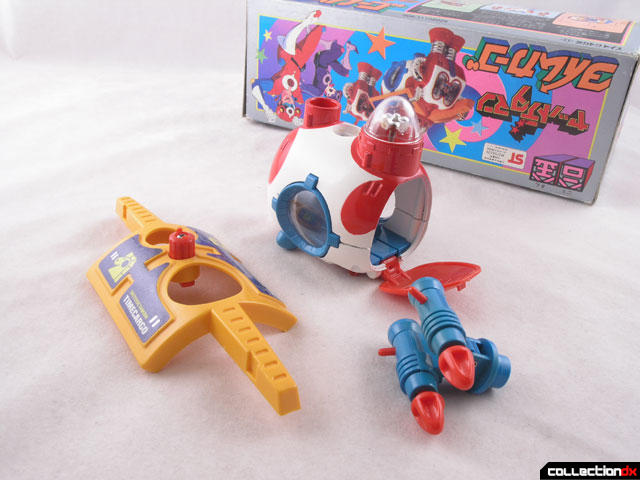 The metal pod is very cool. In theory it’s supposed to have two sets of wheels, but mine came missing one. Still, the pod has some nice detail, with clear windows and an opening door. 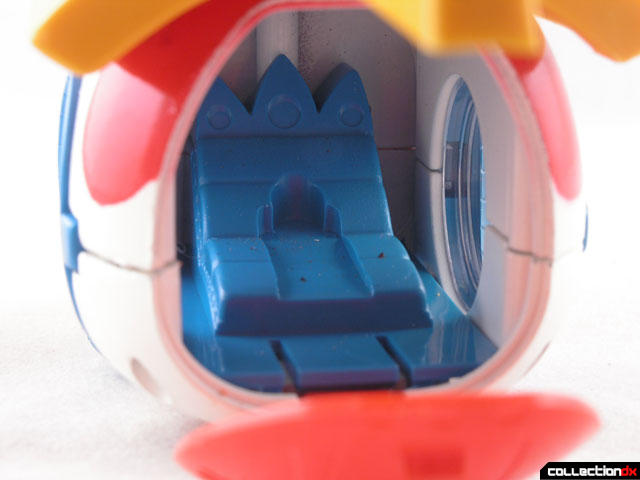 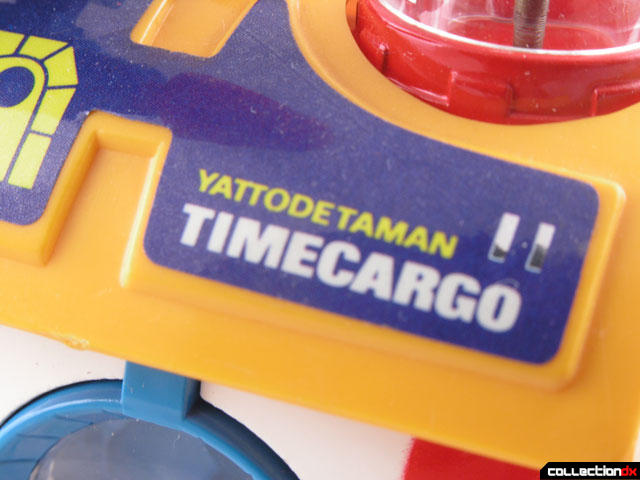 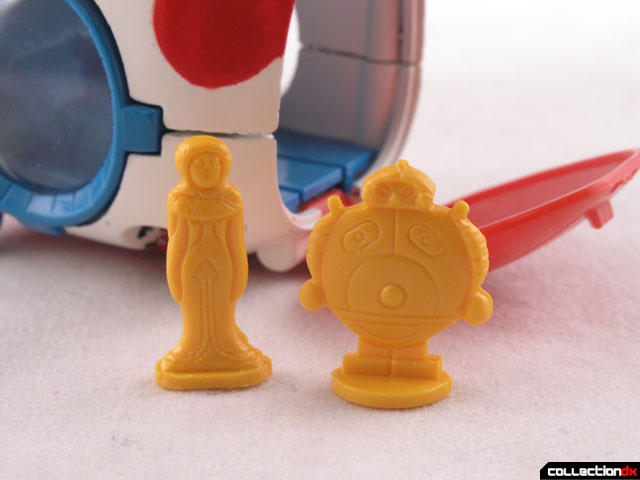 It’s a funky little toy, and will look good next to my other Time Bokan series toys. Now I only need to find a set of wheels… 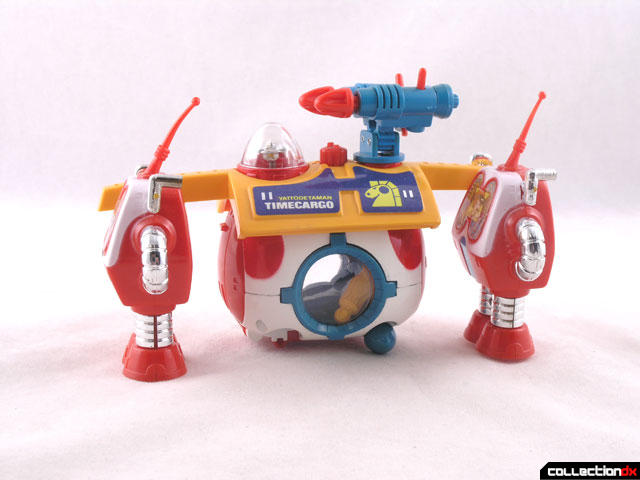 That little yellow guy looks like a big frowny face..

Sucks that it was missing the wheel. Another oversight in the Morphy's description?

The yellow guy (Daigoron) was a sumo robot whose role was to protect Princess Karen.

First off, I know about it, Josh! Yes, I agree it is a very cool toy. You may find many toys like it on Yahoo Japan Auctions. Happy hunting for the wheels. I used to watch this anime on Italian private stations and it was renamed CALENDAR MEN. Thanks for sharing.

Is the princess stand-up supposed to lie down in the compartment? It looks like that indentation in the blue seat is shaped like her...