One of Ultraman's kaiju friends, Pygmon is one one of the more easily recognized of the classic monsters that appeared on Ultraman. But hey, with a leering face like Pygmon how could you forget! 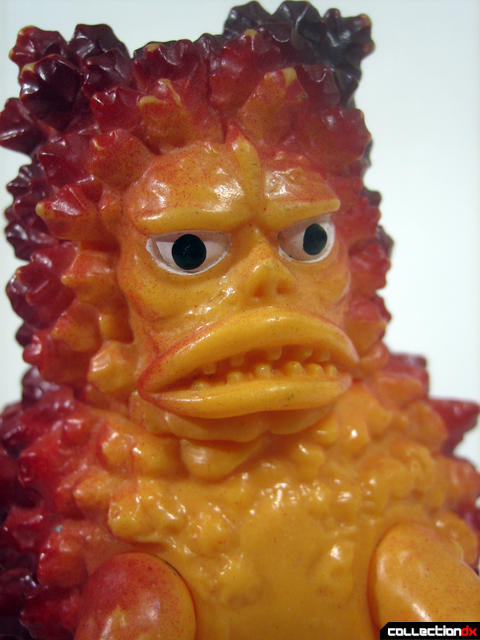 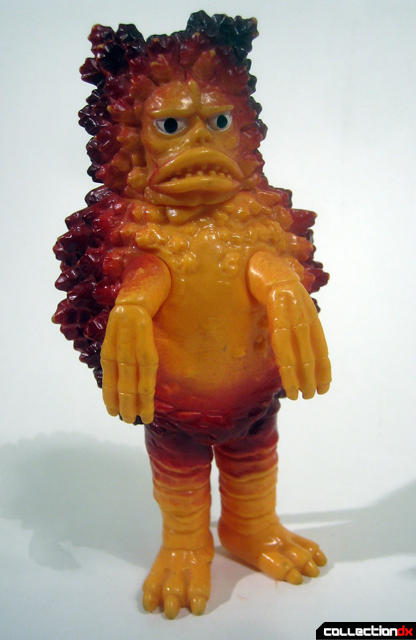 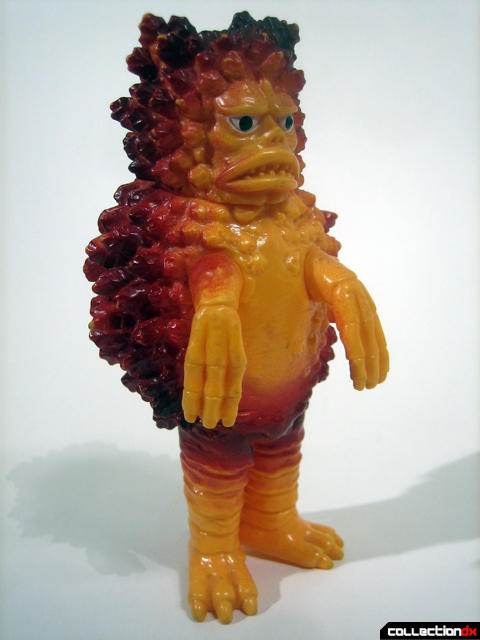 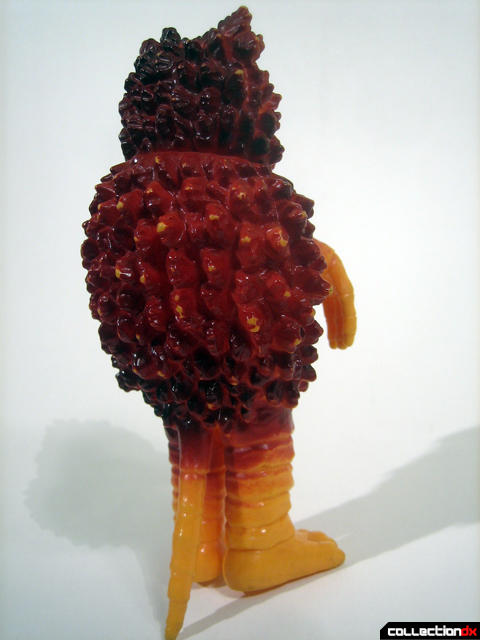 This is a 1980's produced soft vinyl figures that my friend found at a thrift store one afternoon and made its way to me through a trade. Like most soft vinyl figures a little goes a long way. The gritty sculpt is well executed and the articulation is limited to the hands and head having the ability to rotate around. You also have to love that face sculpt! I wish the colors were gaudier but as is it still looks great in the case next to all the other soft vinyl. A must pick up!

My memory is pretty rusty, but I think all these little Garamons always get killed off at the end of the episode. They just want to make kids cry. Did any survive ?

My memory is also rusty,but IIRC,there's a Garamon in the animated series who's like a mascot for them science team.

I'm just wondering why this was named Garamon?

Yeah, that is Pigmon. They did use the same suit, but two different characters.

Yeah, sadly, I'm not that familiar with Ultraman...yet...but it was my understanding that Garamon was the green one and Pygmon was the red one with the creepier lips!

Yeah, I read the wikipedia entry for Pigmon last night and to my surprise, apparently he was a smaller version of Garamon but was a good, helpful kaiju! I always thought he'd be an eviler version since he just looks scarier. Did someone say something about not judging books?

With the constant re-coloring of vinyl toys and as well as a character(s) that has been around for 40 years I was just as confused! I slightly remember reading that he was a good Kaiju but I everything I found when researching this figure was that he was evil. Little did I know it was two diffrent characters using the same freaking suit !!

If you noticed this was the shortest review I ever wrote as I just wasn't sure!

That makes me think you've somehow never seen the "Lawless Monster Island" episode of the original Ultraman,and God help you if you haven't. You really need to put that on your bucket list.

I'm insanely weird about having to watch serials and films in order of when they were made. I just can't pick up a film in the middle of a franchise. Right now I'm watching Akira Kurasawa's films in order from Sagiro Sugata and my next film is Throne of Blood and i have 14 more films to go. As i don't rent films and I only purchase them, it takes a while for me to get certain films. I plan to do the same for all the Godzilla films later this year. I might of seen Lawless Monster Island as a kid but it's been so long!

Thanks for the suggestion and i will putting it on my list of film to purchase!

This is a little off-topic, but kidnicky, I know the original Ultraman series is commercially available on DVD, but do you happen to know if there's a way to pick up DVDs (legit or not) of Ultra Q?

There used to always be shady DVDs of Ultra Q on eBay,but that was the only place I've ever seen them,and there's none to be found now. The first episode used to be up on Youtube but I can't find it now. I don't have it on DVD so I can't hook you up,either.
Sorry. I do reccomend the Ultraman set,though.

Wow that's cool to see a REAL pigumon toy, even though it's just garamon with the chest symbol removed.

As far as one being green or red or whatever, they just randomly painted those vinyl toys, so don't go by them for accuracy.

Garamon came first in Ultra Q, and was a robot, and there were a bunch of them.

Then in Ultraman episode "Lawless Monster Island" Pigumon leads the science patrol to the last researcher that disappeared on that island. Although it was the same suit, it was altered a bit, it was much slimmer than Garamon.

Most Pigumon toys you see are actually Garamon. If he has a weird symbol on his chest, it's Garamon.

There was a great Pigumon toy/model released about 4 years ago. VERY accurate to how Pigumon looked as opposed to Garamon.

(I know I shouldn't link directly, so feel free to visit his blog too)

Weird thing is.. that Garamon doesn't have the symbol, but it's definitely Garamon.

As far as Ultra Q, I've had no luck, I rented the VHS from a japanese video store in S.F., but I think I deleted them since then, and they were Japanese only.

Since then I've been slowly buying the DVDs from japan.. they just dropped to price to under $20 for 4 episodes, so hopefully I'll get them all within a year. I'm in japan right now and I'm thinking of just renting them for $3 a piece and having someone translate them.

Thanks for the heads up on Piguman! As stated before, out of all the reviews I have written for CDX this was the one figure I knew the least about. I really got confused about this one!