Victora (ビクトラー) was a sub-company of the famous toy company Popy. Popy wanted to move into the cheap toy market, but they didn’t want to associate their brand name with crappy toys. Thus the sub company called Victora  (or sometimes Victorer) was born. 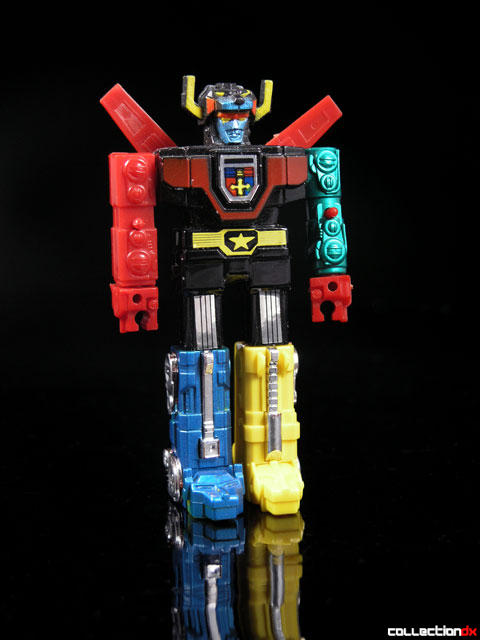 Victora toys could mostly be found at train station kiosks, and near cash registers at stores. They were an affordable quick fix for kids, and for parents they wouldn’t break the bank. They were nothing compared to their parent company, Popy, but for what they are worth they are pretty cool. 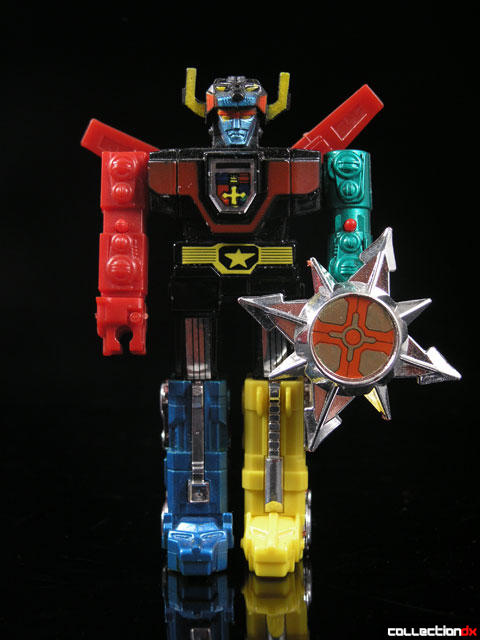 This Golion toy was part of Victora’s “Victora Gokin (ビクトラー合金)” line. Basically, it was just cheap toys that had a little metal in them.

Of course, we all know Golion as Voltron III or Lion Voltron. Does this little toy look familiar to you? It might, it was highly bootlegged in the 80s, and showed up in America as carnival prizes, at flea markets and discount stores. 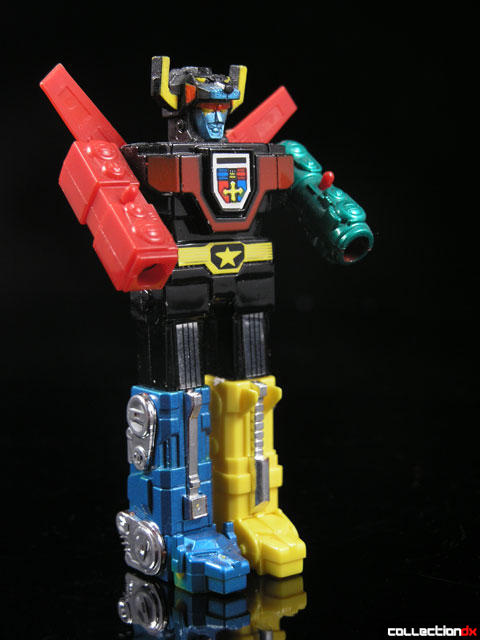 The toy stands just a few inches tall, and has a solid metal body. Articulation (if you want to call it that) is limited to the head and shoulders. Each arm has a firing fist, but if you notice they are both red. Victora was so cheap they didn’t even bother to mold the second fist in another color.

Golion comes with a shield but no sword. Also included are two wings that need to be attached. 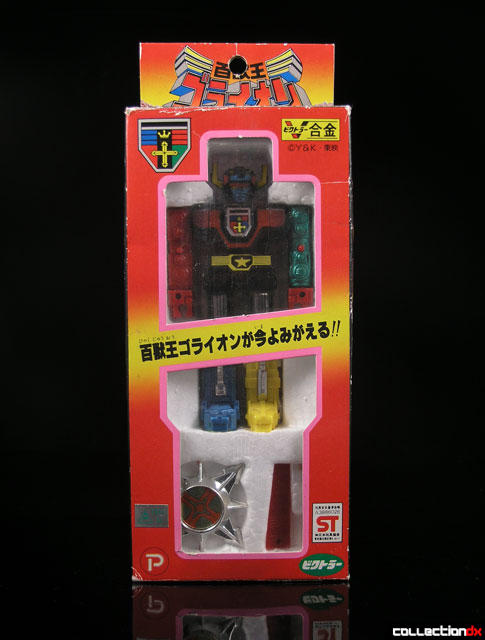 The toy is packaged in a Styrofoam tray that sits inside a nice window box. The box art is really nice. 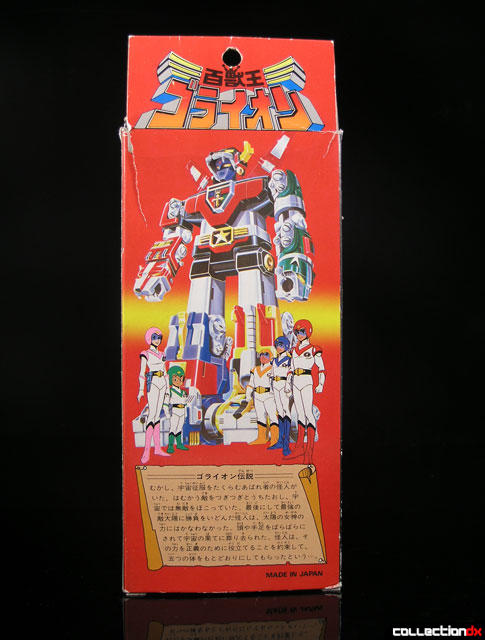 Victora toys are not essential pieces unless you are a fan of a particular character. I love Golion, so I had to have this as part of my collection.