Japanese toy collecting is a funny hobby. Sometimes it is not enough that people like Japanese toys which are already an obscure subset of the toy collecting. Some people have to break their collections down even further. To take control of their obsession, people place arbitrary limits on what they collect, such as certain sub lines or categories within the context of Japanese toys. It seems to make logical sense to concentrate on something like Transformers, Gundam, or Kaiju. But some collectors take it one step further; obsessing on not only what character or line the toy comes from, but of what material the toy has made.

I can think of many collectors who have this affliction. They will collect ANY toy, as long as it meets one arbitrary condition. In this case, CLEAR toys are the fetish of the day.

So why obsess over clear toys? What makes them interesting? Well, for one, they are a fresh take on subjects that may have grown tired. While a normal Gundam toy will make me yawn, show me a clear Gundam and I am all over it. Secondly, I think that if you have been a vintage toy collector for any amount of time you have been conditioned to like them. The sides of vintage Popy Chogokin boxes sometimes had cutaway drawings that showed the inner mechanisms of the character. Japanese storybooks and magazines always had nice cutaway diagrams so you can see what made them tick. The drawings made them seem real.

It was only natural that Japanese toy companies like Popy took these illustrations and made them into toy form. They would often use the same molds and just pour a clear plastic into them – maximizing their profit from their investment. 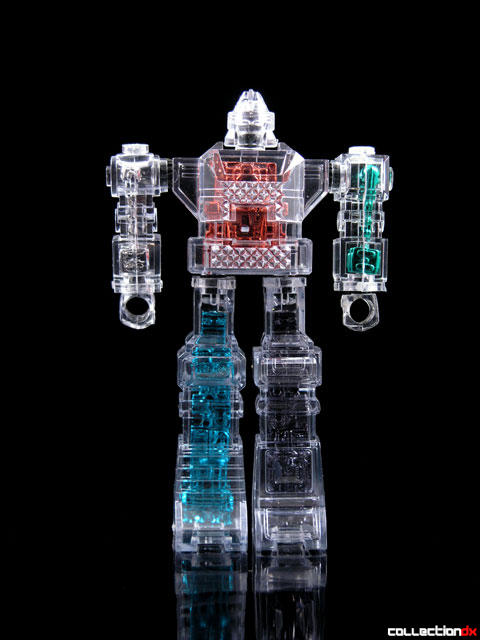 While Popy made many different clear toys, there were only 2 entries (that I know of) in the Mechaclear line: Dairugger and God Marz. These toys both featured clear bodies that were filled with colored metal insides, meant to replicate the inner details of the robot. Each limb was attached to a peg, secured in place by a small rubber lining around the inside of the part. 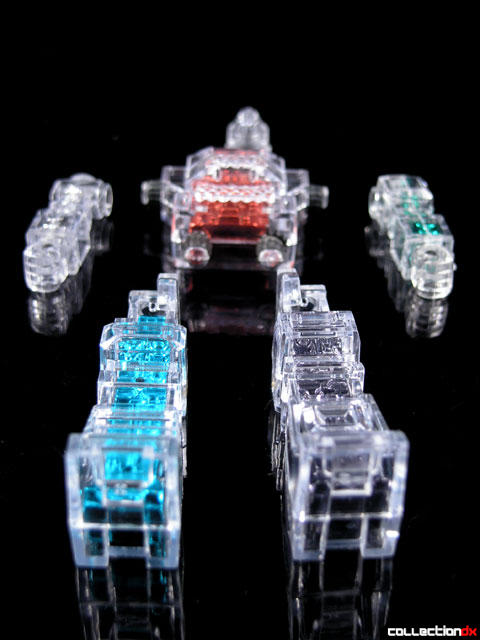 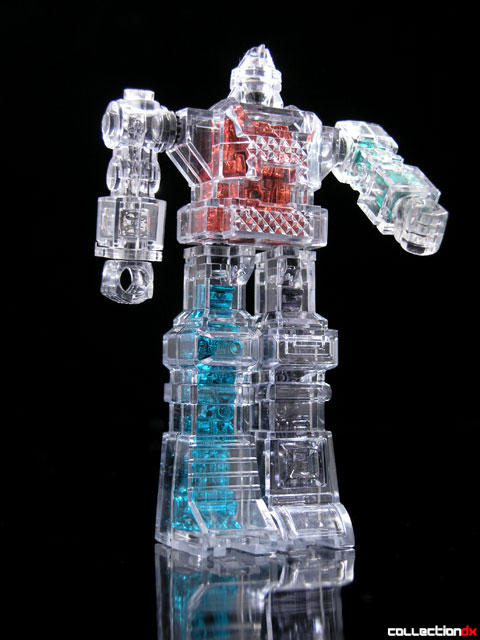 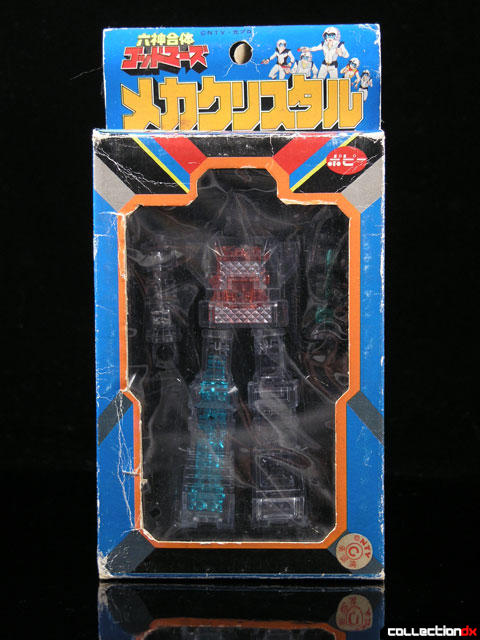 The toys come packed in cheap black plastic trays in boxes with a hole for hanging on pegs, probably outside of train stations and convenience stores. 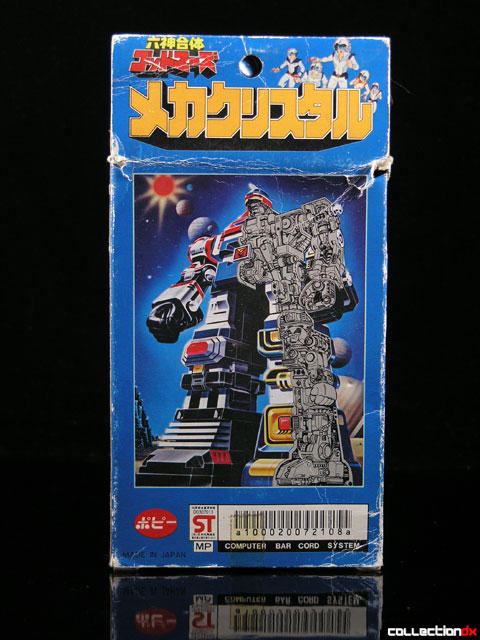 ENGRISH ALERT: check out the text on the back with the bar code. It reads “COMPUTER BAR CORD SYSTEM”

Very cool looking robot, wonder how difficult it would be to find one in mint condition?