He’s the first Ultraman to have an animated series, and probably one of the least known. He’s sort of ugly, and the animation was… not very good. Put it this way – this series debuted at the same time as Mobile Suit Gundam. That’s like an indie film opening at the same time as Star Wars. 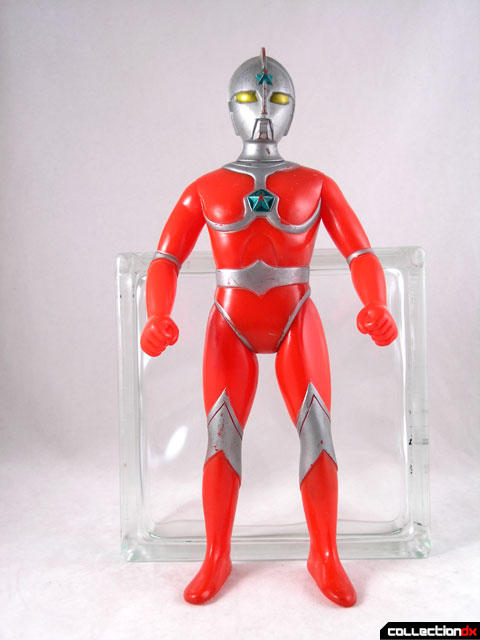 This toy is pretty rough. He’s been through the ringer; he’s beat up and his vinyl is a bit warped. It exists, though, so we must chronicle it. 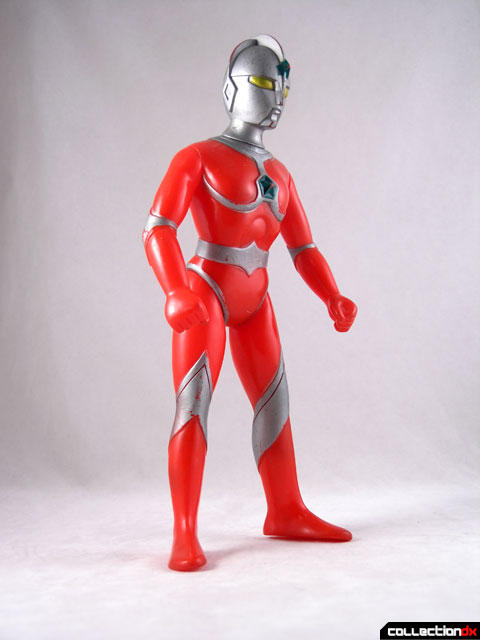 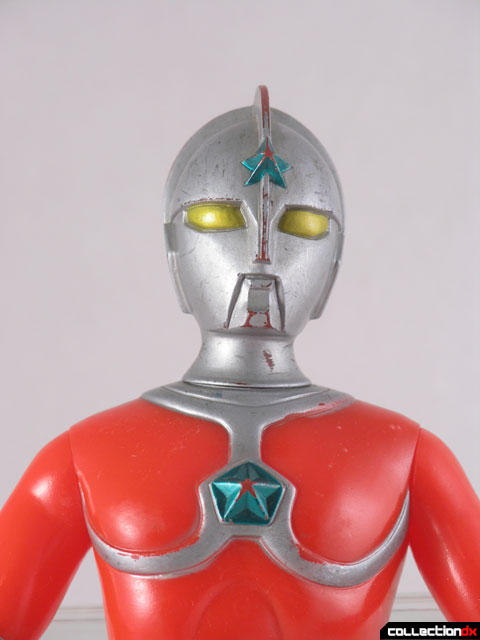 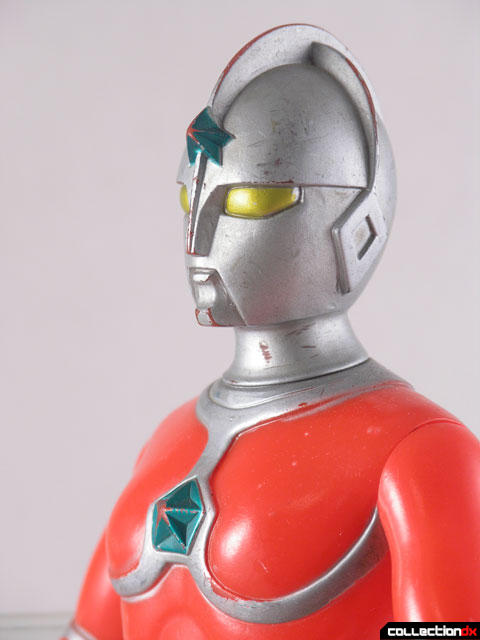 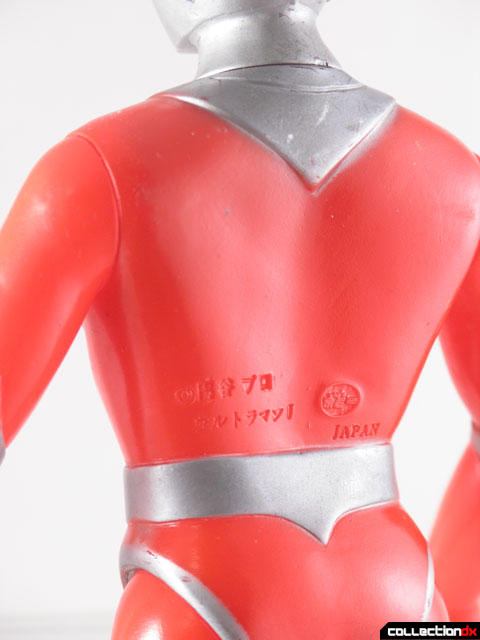 Cast in red vinyl with five points of articulation, there’s not much going on here. It’s got that old-school big size vinyl proportion going on, maybe one of the last ones to do so as this style went away in the 80s. He’s about twelve inches tall, so if nothing else, it’s tall. 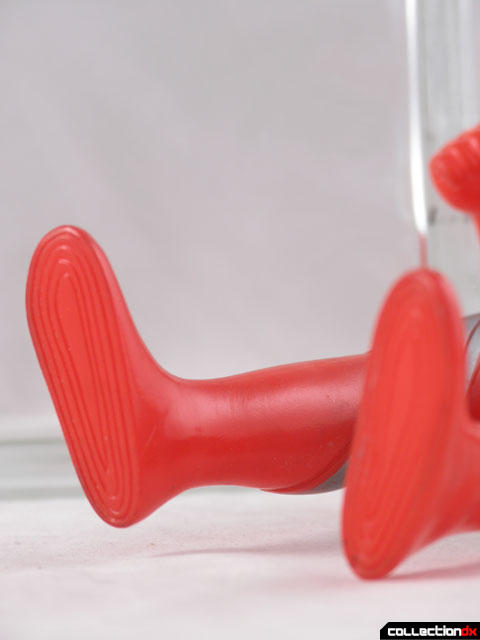 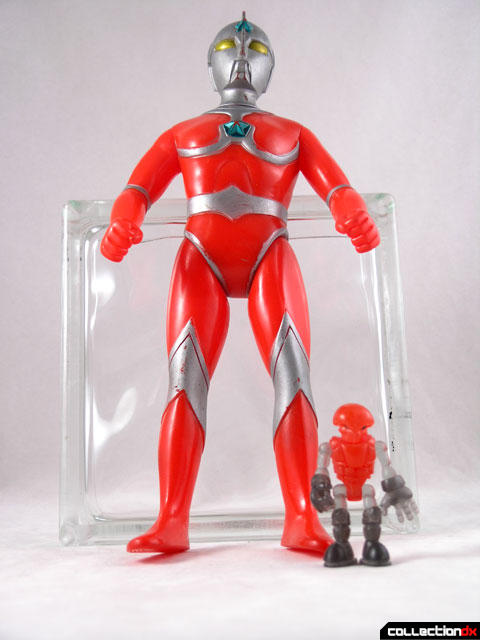 I was thinking that The Ultraman was the only animated Ultraman, but quick research made me realize that I had forcefully blocked out any recollections of Ultraman: The Adventure Begins (aka Ultraman USA).
Interestingly, The Ultraman was also a Sunrise joint!

Aww...poor Ultraman Joe (which I will now call him until the end of my days). He actually looks kinda cool! I like the head. I wonder if he's so unpopular that he wouldn't get a figure in that new line that has been making the super poseable Ultraman figures? I wouldn't mind a super articulated version of this dude.