If you were born in the 70s, there's a good chance that you remember the Star Bird - an electronic space ship toy from Milton Bradley. It had this cool feature where it could tell if it was ascending or descending, and adjust it's flight sound to match. I always lusted after that toy, but I never owned one myself. You can read all about the original here.

One day earlier this year I was trolling around Yahoo Japan Auctions when I came across this beauty - the Japanese version of the Star Bird! I bought it immediately. However, COVID happened, and it was stuck in shipping limbo for months. But it finally arrived, and when I actually had a chance to check it out, it was actually an entirely different toy from the US release!

The box is amazing, but it only has a front cover. Some toys of the day were sold without a back cover, so this could be intentional. The Star Bird logo has been changed to resemble the Star Wars logo, and while Milton Bradley is still on the box, it's clearly a Bandai product. Bandai must have licensed the idea from Milton Bradley, but rather than import the toy, they made their own. 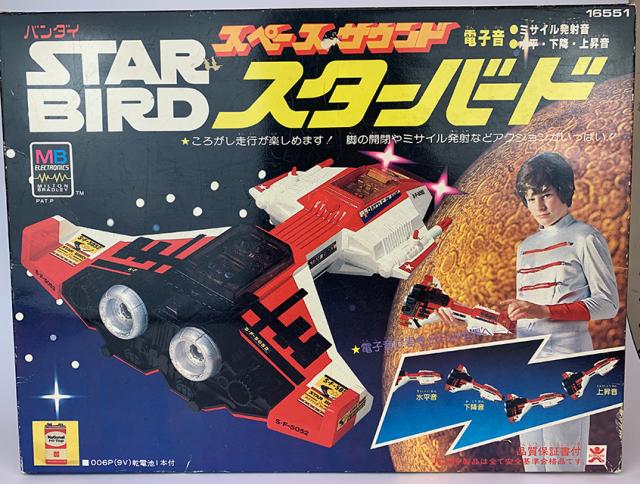 The box shows the main gimmick, the sound change that occurs with the change of direction of the toy. But what is with that kid in a.. Marching Band costume? 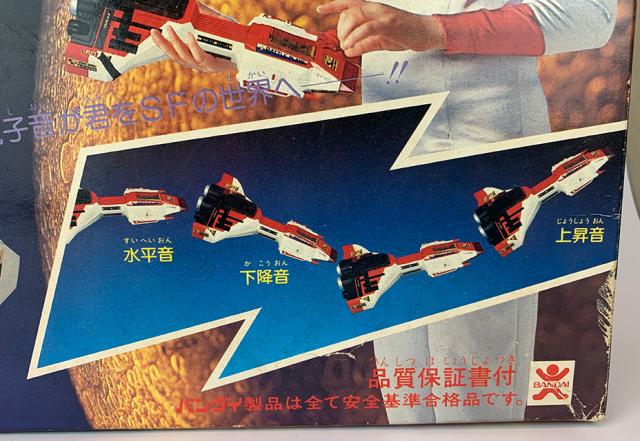 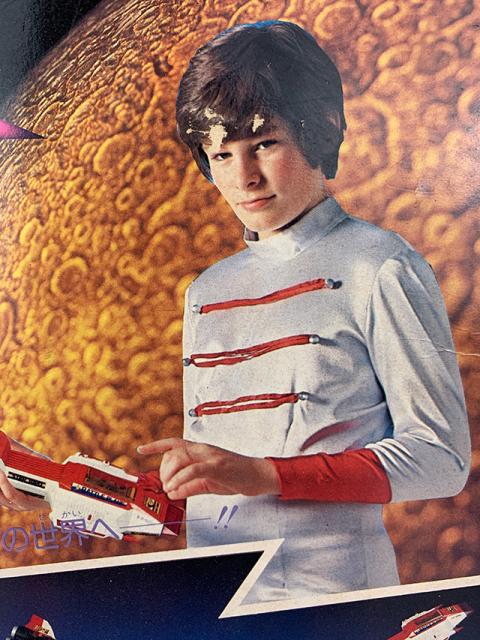 But let's take a closer look - he's not even actually holding the toy, the ship is just a poorly cut out insert into his hand! 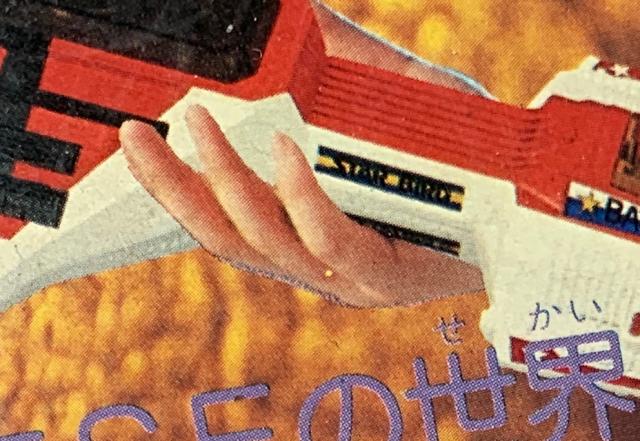 The rest of the box is fine, with action shots of the toy. 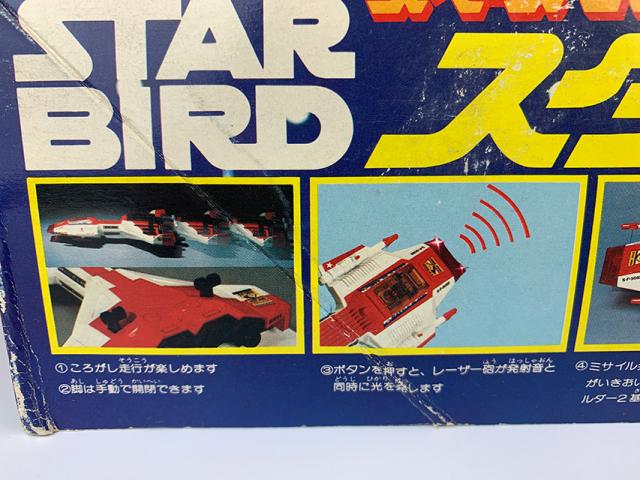 Inside the box, the toy comes complete with no assembly required. A 9V battery is included, but the original one that came with this toy is long gone, replaced by a new one. Missiles are included in a baggie, and there is a sticker sheet and some instructions.

The sticker instruction sheet has a cool cutaway on the back. 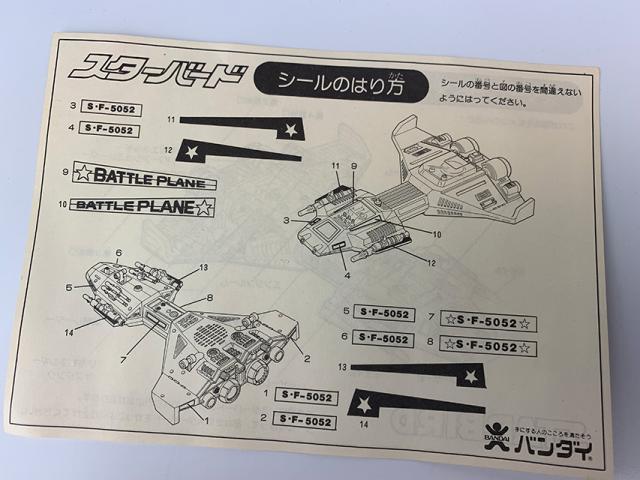 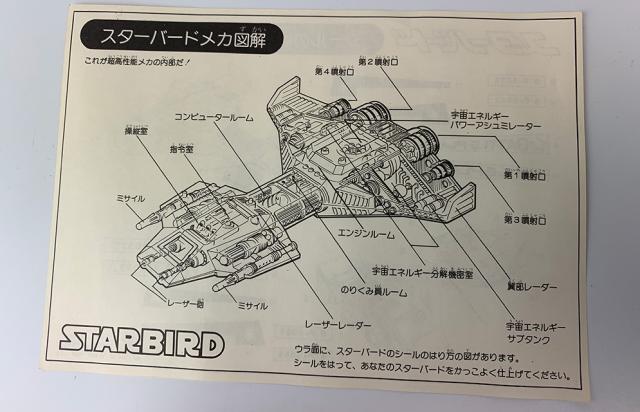 The instructions show how to use the play features, and how to insert the battery. 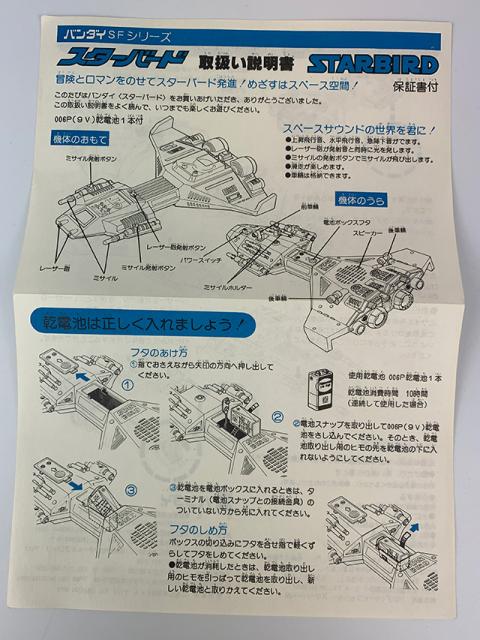 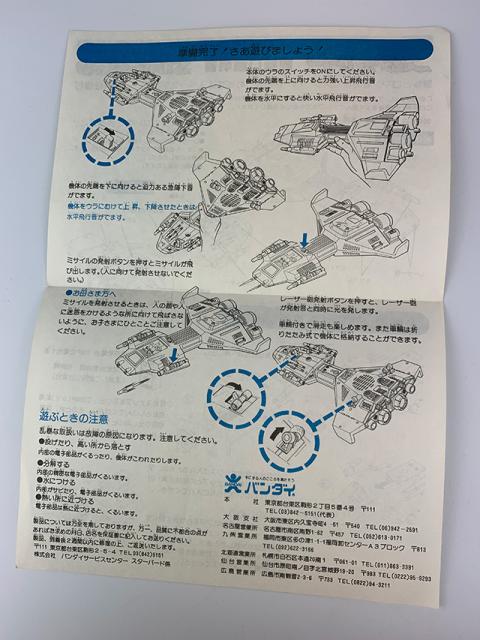 So here is the Star Bird in all it's glory. I have chosen not to add the stickers, but it looks great without them. As I mentioned, it's an entirely different toy aside from the electronic features. 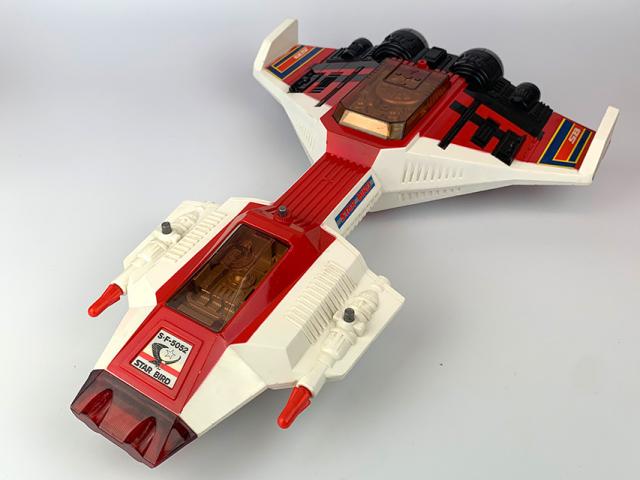 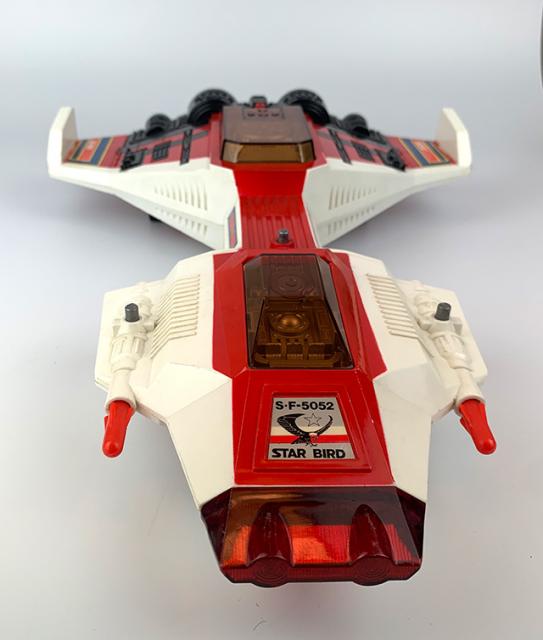 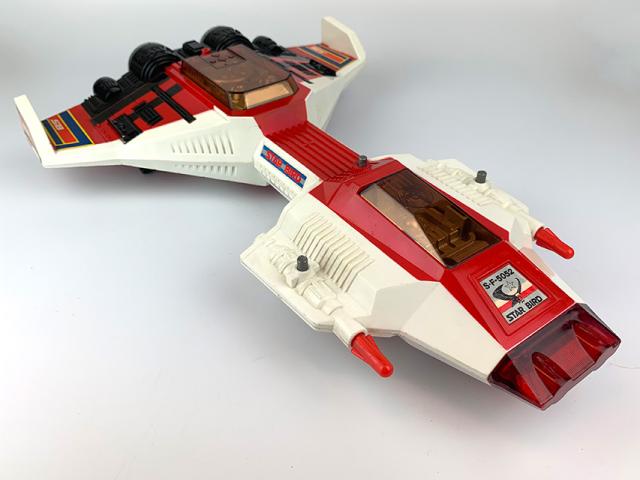 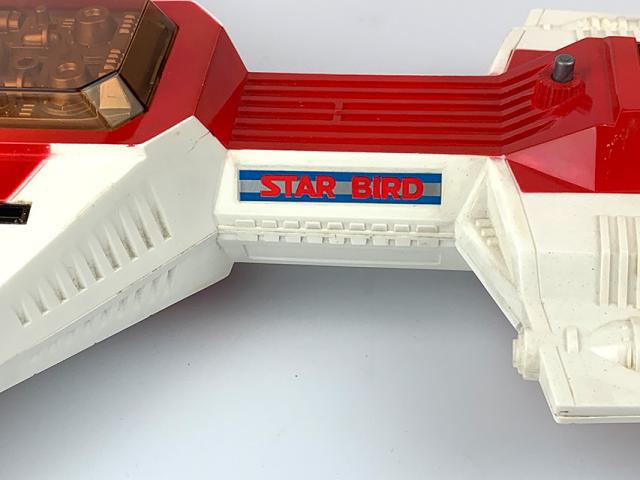 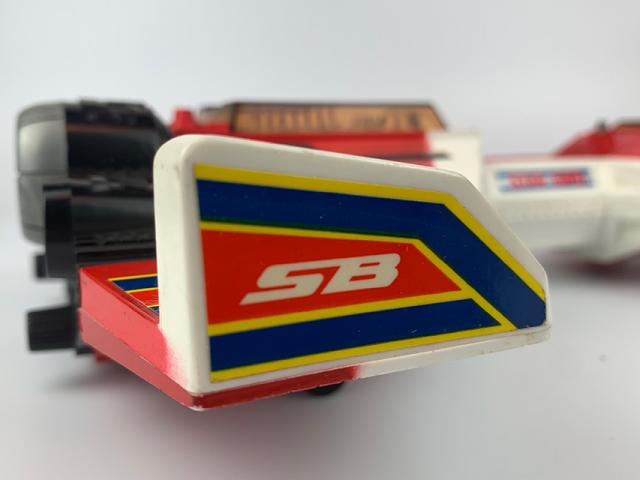 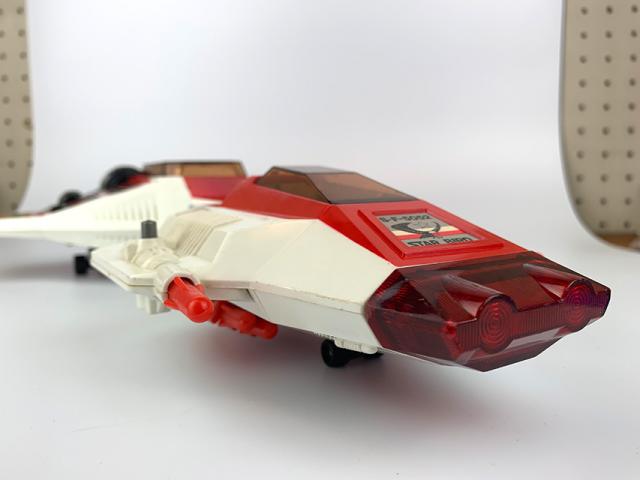 On either side of the cockpit are missile launchers, something the US version did not have. The spring-loaded launchers shoot one of the 6 projectiles at a good speed. 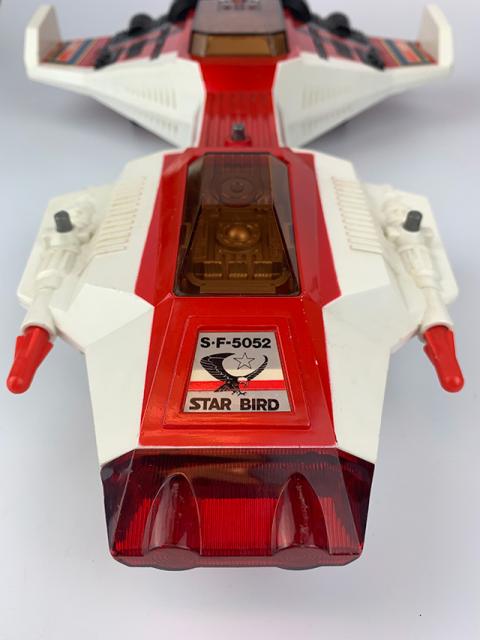 The two amber-colored canopies do not open, but they do show a fantastic mechanical detail underneath. Check out the three small seats in front to give you an idea of scale. 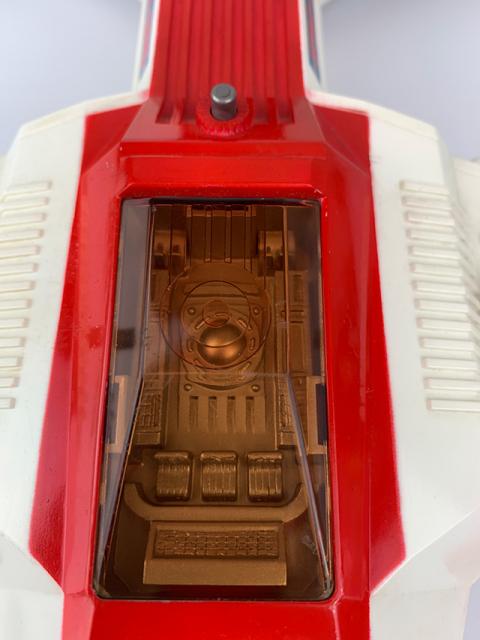 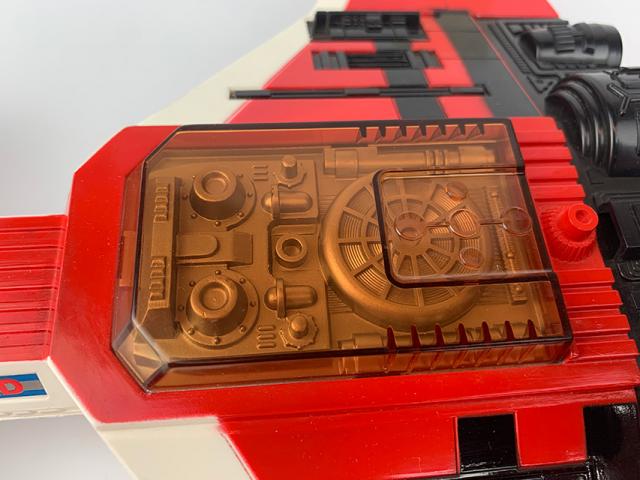 The rear engine area has a great amount of detail, but there are no lights in this section, nor is the section removable. The original US toy could separate into three distinct sections, this one does not. 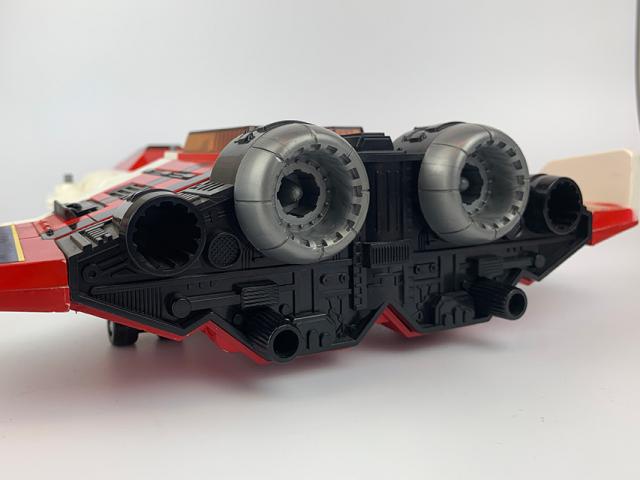 The speaker for the sound effects is located at the bottom in the back. Check out the nice embossed Star Bird logo. 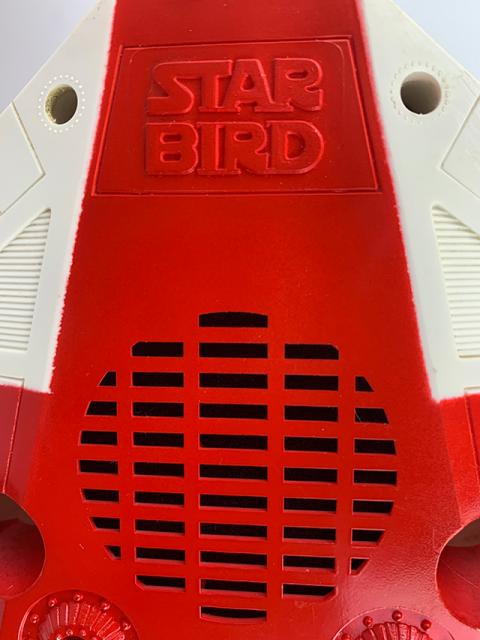 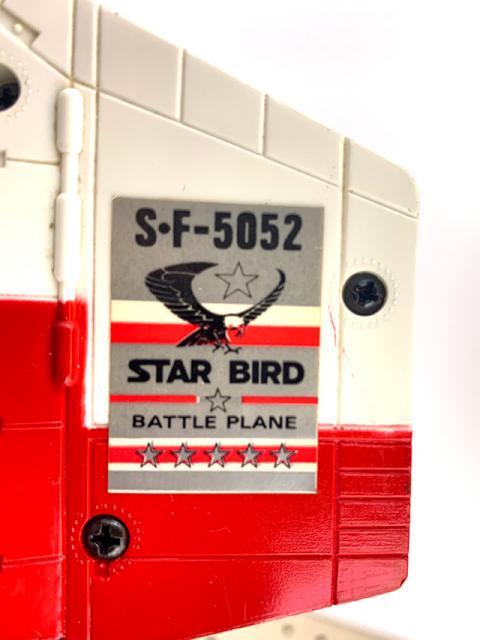 The battery compartment is located under the center section. The battery fit is super tight, making me wonder if 1970s 9V batteries were a little smaller than modern ones. 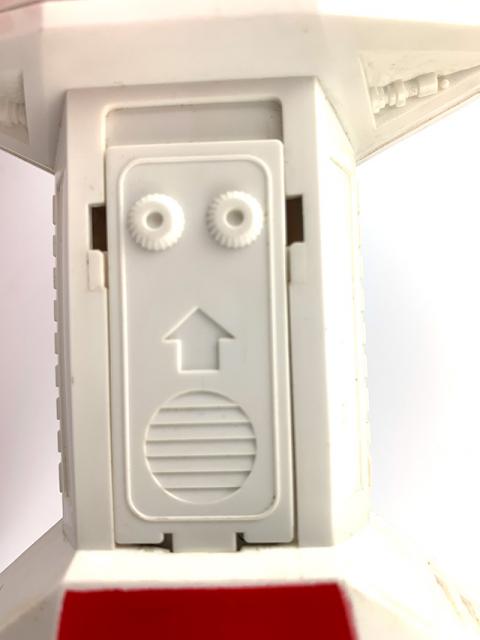 Under the cockpit you've got the on/off switch, missile clips, and the Made in Japan stamp. 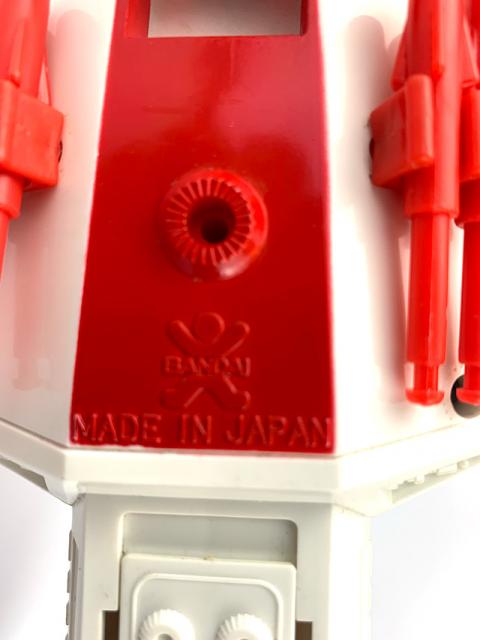 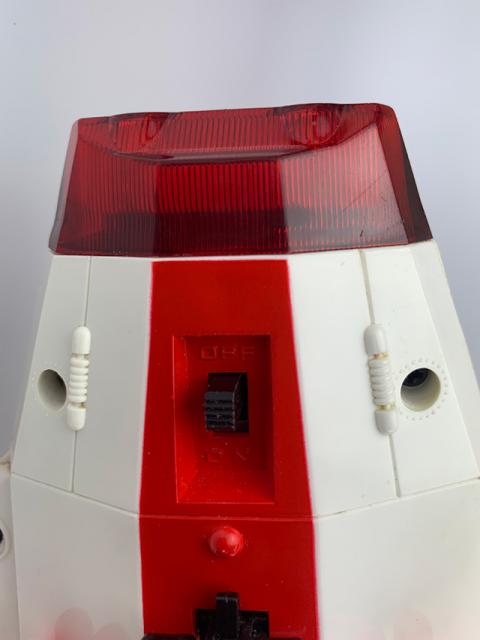 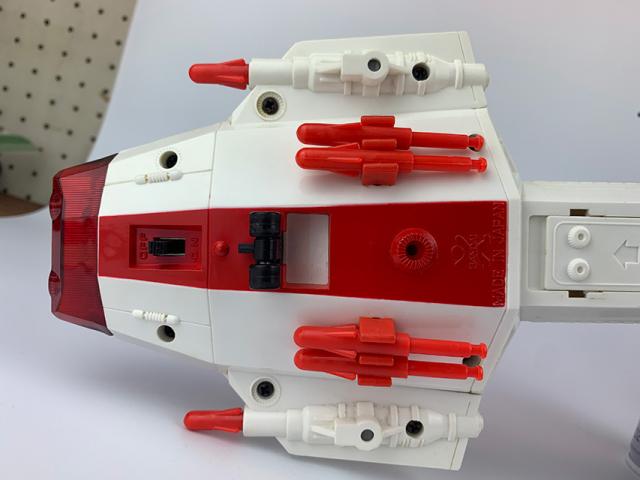 The missile clips are almost identical to those used on the legs of Jumbo Machinders, just a little smaller.

Star Bird also has Landing Gear, something the original did not. The three sets of wheels flip down manually and roll with ease. 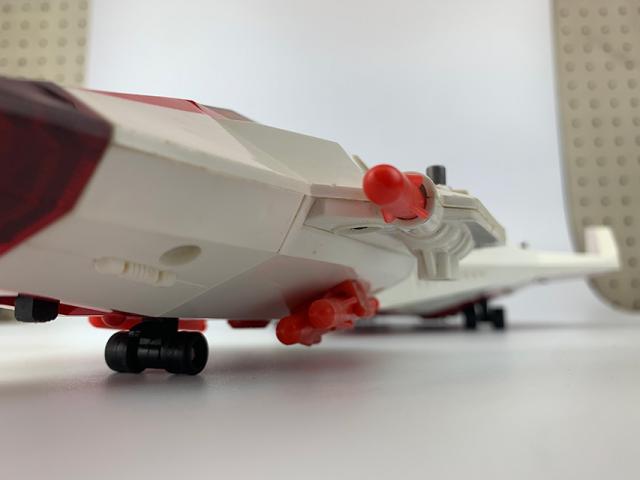 Turning the switch on activates the light and sound feature. The engine sound just comes on when you turn on the switch, but to activate the laser light and sound, you need to press the center button on top of the cockpit. 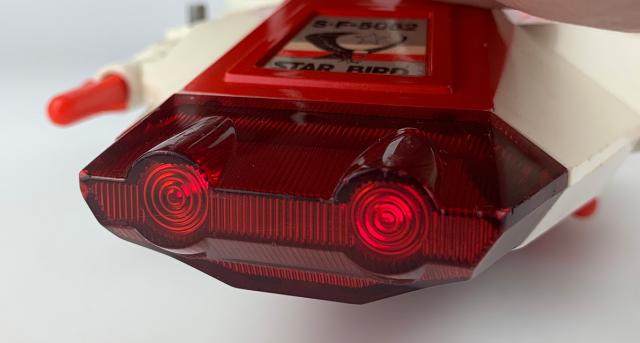 The electronic flying sounds still work great. They are activated by a ball bearing that slides to one contact or another depending on how the ship is tilted. So if you are flying it upward, the pitch gets higher, and flying it downward, it gets lower. It's pretty awesome.

I don't know why Bandai didn't just import the US verison, but I'm glad they made their own. While I miss the modular construction, this version adds new play value with firing missiles and fold-out landing gear. Now I have to track down the original!