Daidenjin comes from the 1980 Super Sentai series Denshi Sentai Denziman. Denziman was the first sentai series to have a transforming giant robot, and the first to have personal transformation devices, or what would later be known as “Morphers”.

American collectors may recognize Daidenjin from the original release of Godaikin toys. In 1984 Bandai repackaged the DX Daidenjin for inclusion into the Bandai America toy line.

This toy is the lesser known ST version of Daidenjin. 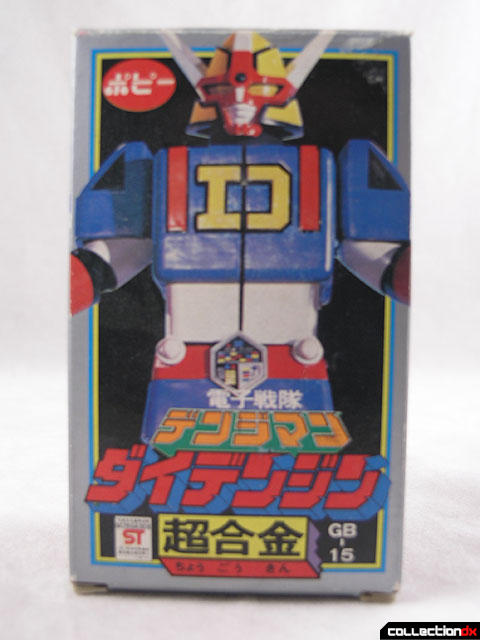 For me, when I think of DX Chogokin, I think of the big, expensive combining sets. The ST releases were their standard counterparts. Think of DX Combattler next to ST Combattler. Some DX Chogokin were not much bigger than their ST counterparts. The DX Daidenjin is about the same height as the ST Combattler, which makes things really confusing. The ST Daidenjin is much smaller than the DX – only about as big as a Star Wars figure. 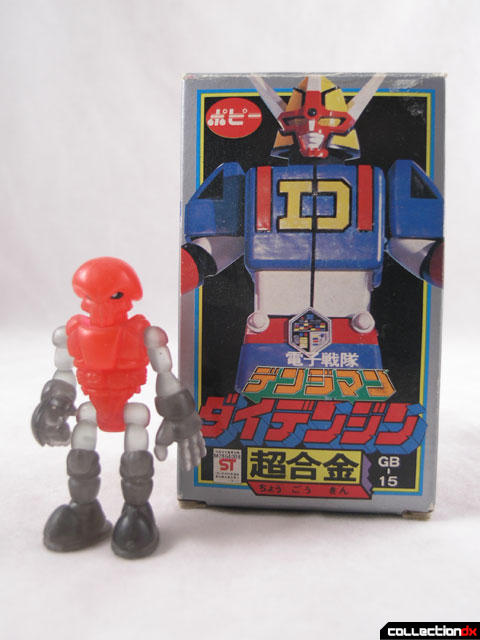 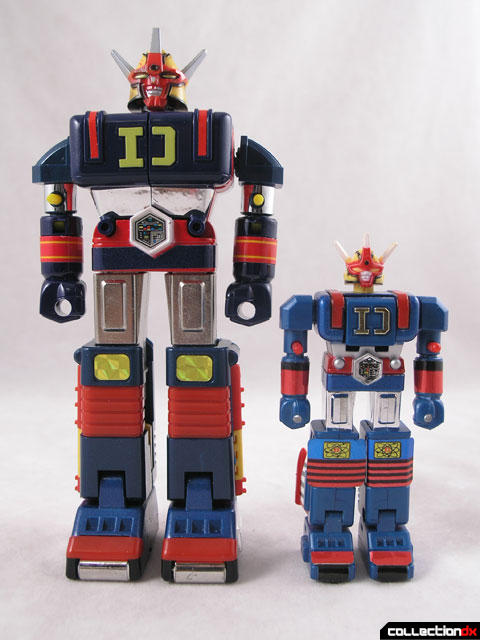 The box is small but standard Popy issue. Inside is an old-school yellow foam wrapper with a cardboard protective insert. A small clear bag holds all the accessories. This bag hadn’t been opened in almost 30 years. 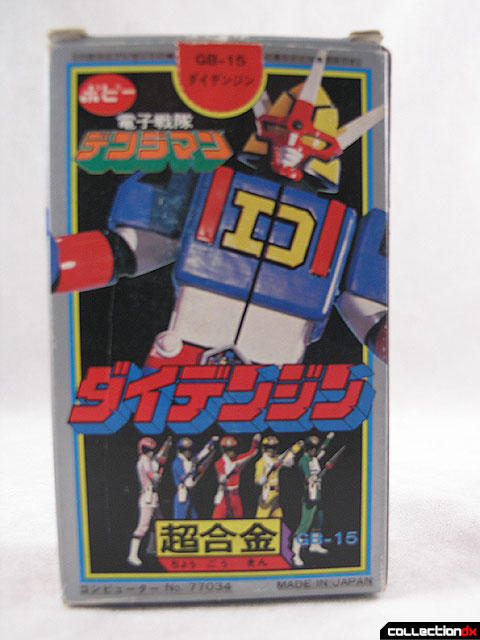 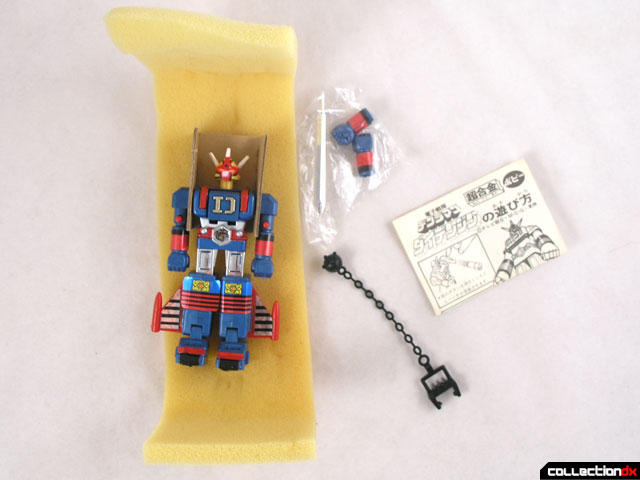 Yeah, I opened it. 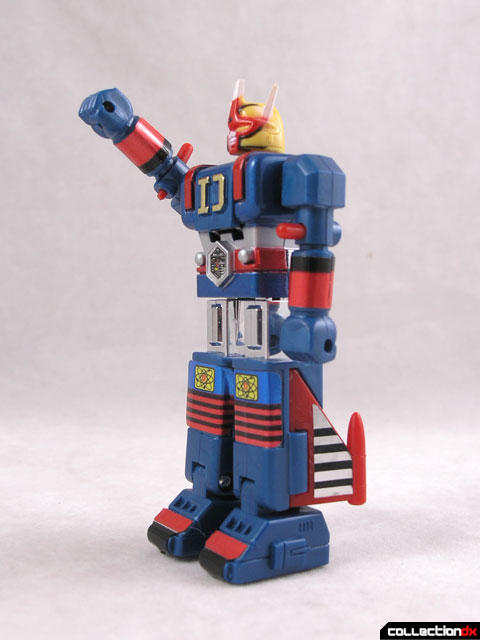 The toy is not only small, but it feels light. The only metal in this toy is in the chest, the rest is all plastic. It’s that fragile blue Popy plastic, so right away you know to be careful with it. Stickers decorate the figure, but years of storage have made them begun to lift. Foil stickers don’t stand the test of time around corners like paper ones do. The toy feels more like one of those cheap plastic toys by Victora than a true Popy toy. 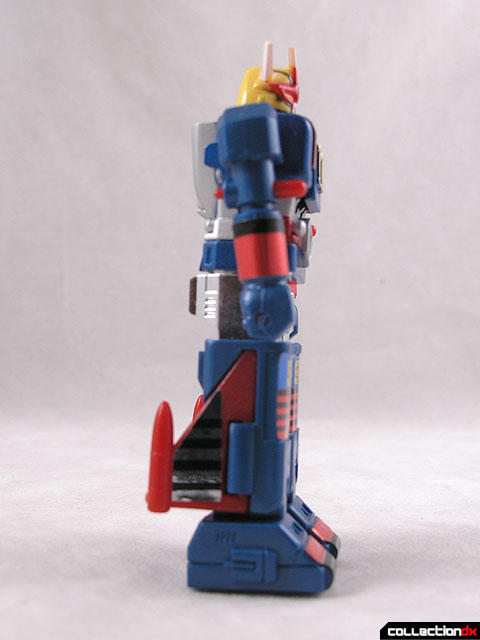 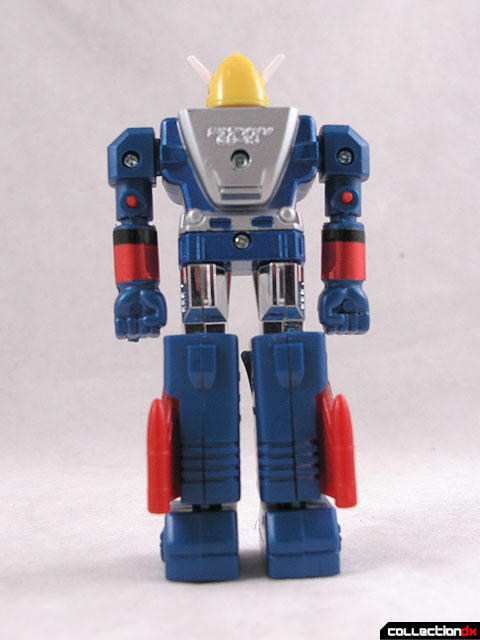 The only articulation is at the shoulders and head. The head tilts back for when the robot is transformed. Each fist fires and extra fists are included. 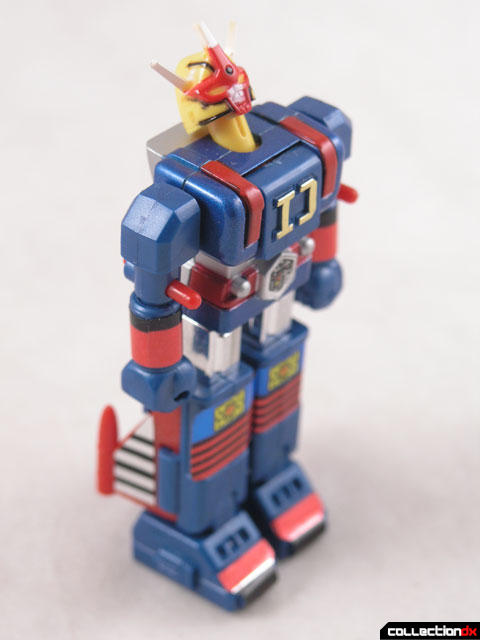 Weapons include the Denji Sword and Denji Ball. 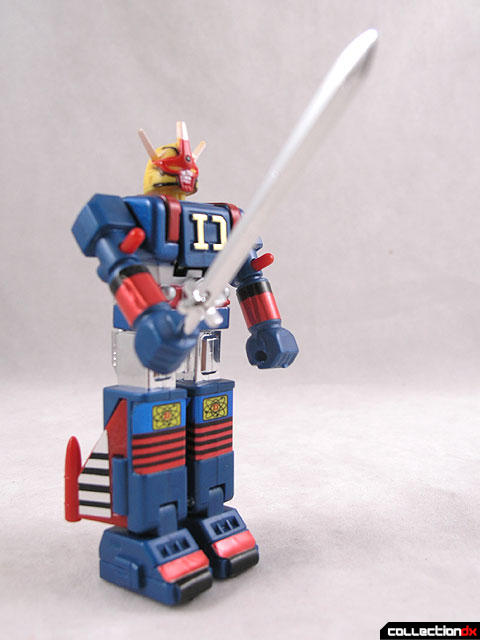 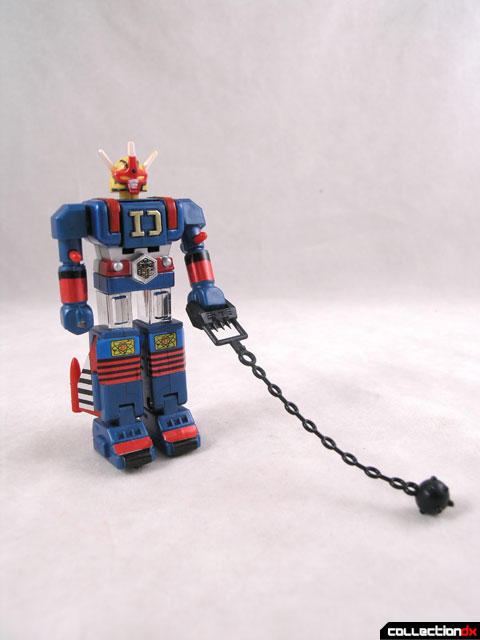 Transformation is half-ass, with the toy not being engineered to transform fully. You can bend the feet in, open the compartment on the chest to fold wheels down, and flip the wings down. That’s about as transformed as its going to get. 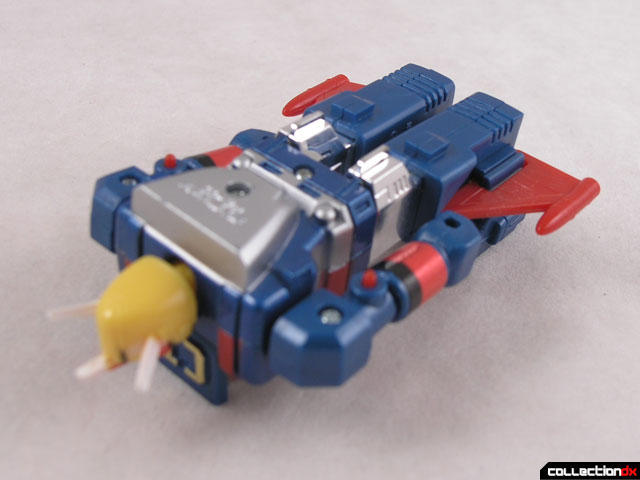 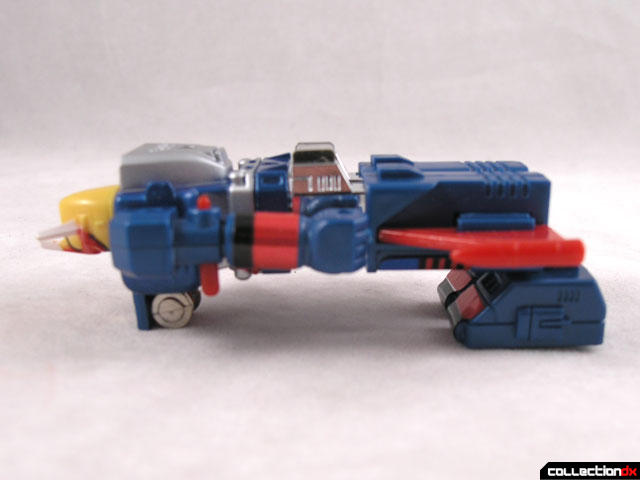 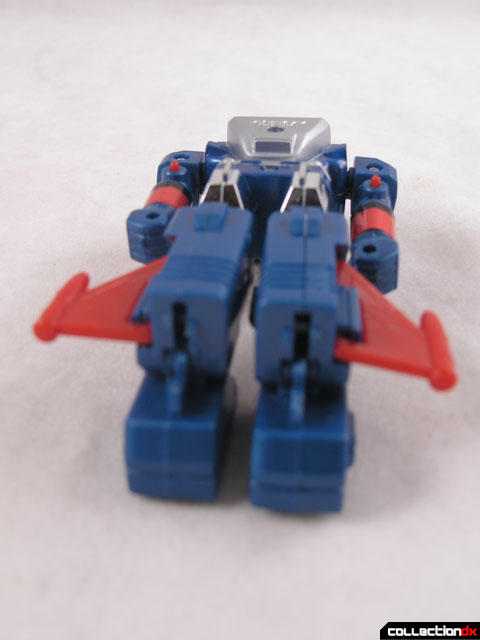 It’s an interesting, but not essential Chogokin release. While not super-rare, it’s seen less frequently than its big brother, the DX Daidenjin.

There's something cute about these small nontransformable ST releases.