I have always loved the vintage style Kenner Star Wars action figures. The simple sculpts, the neutral poses – they are embedded in my brain. I had always wondered how cool it would have been to have other characters from other series done up in the same fashion. 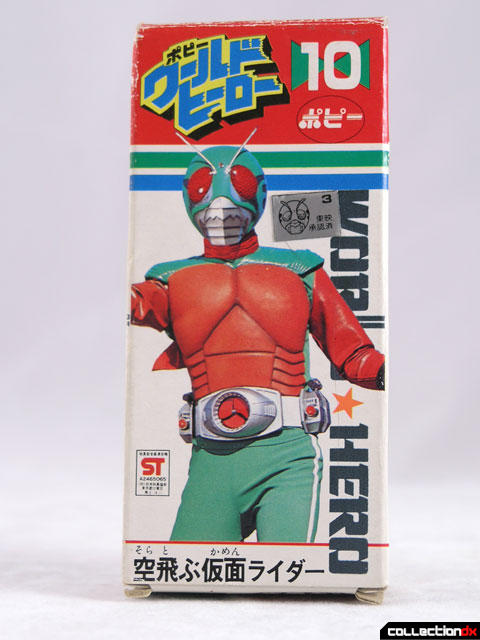 Popy must have had the same thought. In 1980, Popy brought over some figures from Kenner’s Star Wars line and released them under the World Hero banner. These were identical to the US releases, just different packaging. Popy only released 15 Star Wars figures this way but they went on to make original figures with the same materials, scale and articulation. (see the full list here) 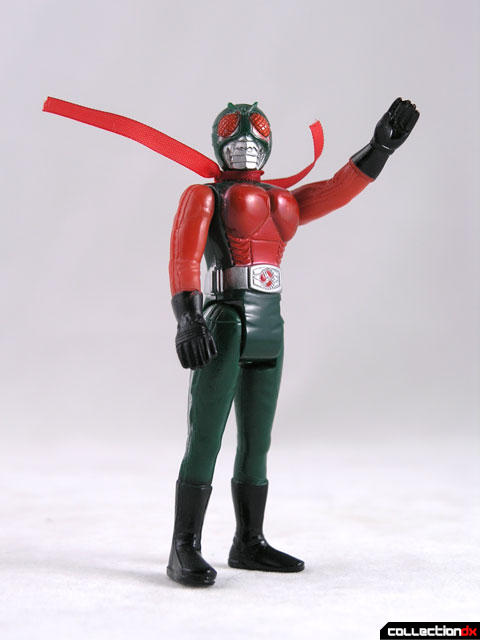 Skyrider (スカイライダ) comes from the 1979 Tokuatsu series Kamen Rider, also known as Skyrider or New Kamen Rider. The show was broadcast weekly and ran for 54 episodes. 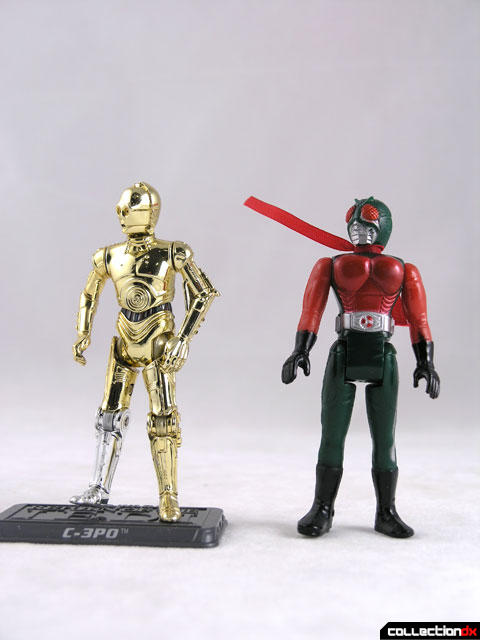 The figure is the same size and material as the old Kenner Star Wars action figures, right down to the holes in the feet. Skyrider features 5 points of articulation and includes a cloth scarf. 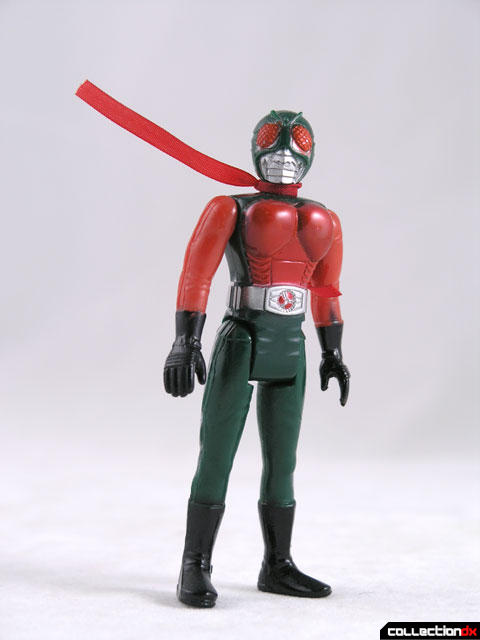 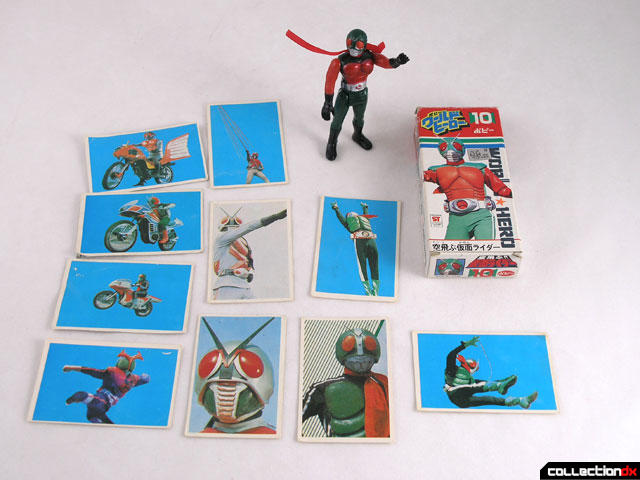 These figures tend to be hard to find. While the Star Wars figures can run in the hundreds of dollars each, the Japanese characters seem to run about $30-$40.

Now since this has been done one and yes it MUST be done again, since this IS Skyrider here