Muteking? Saizance? Doesn’t ring any bells??? Well, me too… It’s a shame though, because the anime gave Popy license to produce one of the coolest and uniquely designed toys…

I had this toy from 1984. From the moment I had this toy until 2008, I don’t know what this toy was all about… until with the magic of the internet, I found the origin of this toy. 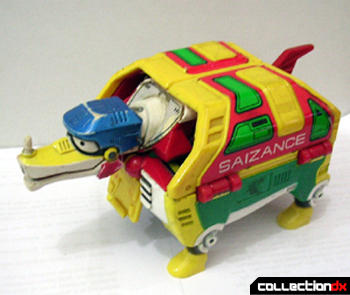 This toy came from an anime called Tondemosenshi Muteking (High Roller Muteking). It is an old anime that aired from September 1980 through September 1981 for 56 Episodes. The anime has the same spirit as the Time Gokan series - it’s a gag anime. The story itself is about Rin, who can transform into a roller skate wearing superhero, fighting the Crodacow Blazers to protect Earth. Muteking is aided by various animal-based robots. One of the robots is Saizance, a rhino that can transform into a plane. The person who is responsible for the mecha design is none other than Kunio Ohkawara of Gundam fame. 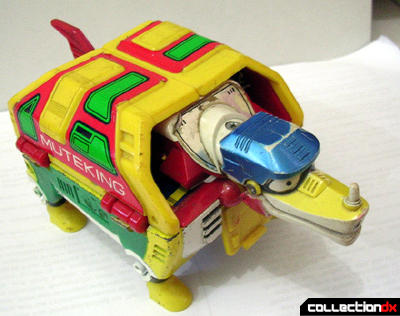 The Toy is made of plastic, diecast and rubber. The body is diecast mayhem, with plastic for the head, feet, wings (in plane mode) and some parts to cover the body. The landing gear is made of plastic with plastic wheels and rubber tires. (Note: I removed the landing gears because it’s in bad condition and the rubber is completely worn off). I say it’s about 45% diecast, 50% plastic and 5% rubber. The toy is well made and can take serious beatings. 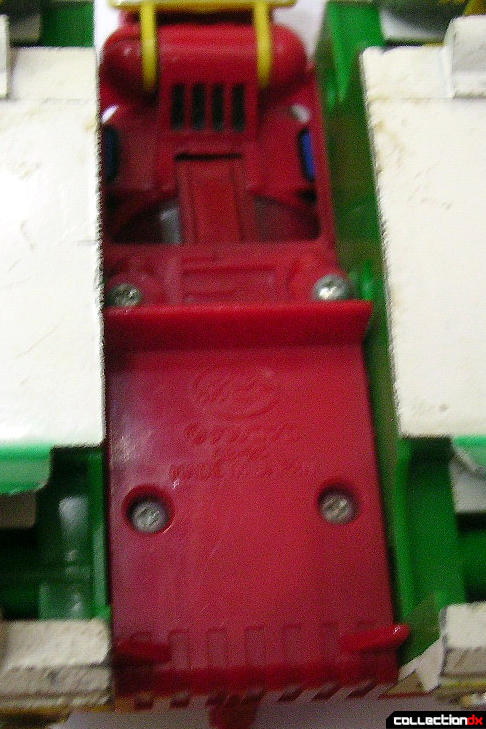 The length is about 15 cm in rhino mode and 18 cm in plane mode. The sculpt of this toy is dead on with the anime counterpart; crisp with detail and lining with a sculpted cockpit. The paint is very good. There is little use of decals, most details being painted. And there’s the must-have of 80’s toys, it’s name on the toy. Saizance is painted on the left side while Muteking is painted on the right side. 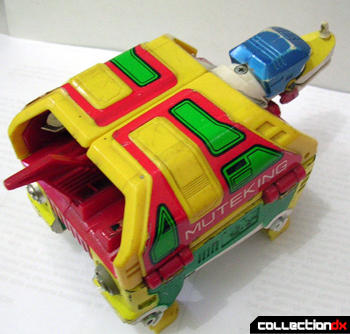 The transformation process is fairly simple. Just flip the legs inward and press the tail. With the magic of mechanical springs, the shell will flip and become the wings while the head moves inside to reveal its cockpit, just like in the anime. Simple and very shape changing at the same time. And fun thing to do, watching it flip open. 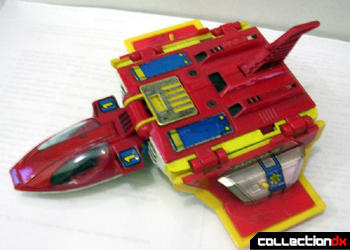 Besides the transformation, Saizance is also able to shoot missiles from the missile compartment that is located in the wings section. Unfortunately, my missiles are long gone. 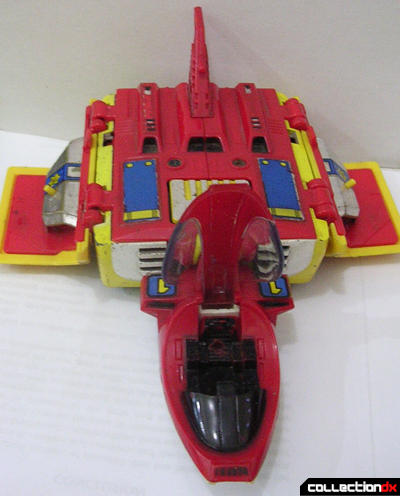 Articulation only exists in the jaw and cockpit. The jaw can open and close, while the cockpit hatch can be opened. Originally, there’s a pilot (Muteking himself) in the cockpit. But the 7-year-old me removed Muteking and now it’s long gone. 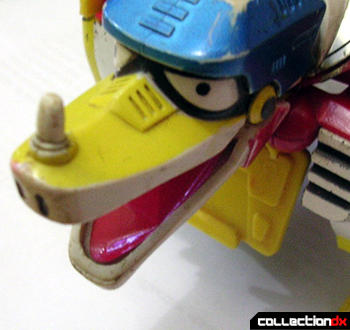 The bottom line, it’s a great toy with good play value. Doesn’t shame the Chogokin name and had a great and unique design. Now, if I can find the other robot in the series, the squid one… I would happy as a chimp.