Don't ask me why, but this is the item that made me feel like a monster collector and not just a guy with some monsters in his collection. There are certainly rarer, older and more expensive items you could aim for, but I just really liked the 9" Remco monster boxes and admired them from afar. Finally deciding to buy one somehow signified that I was now a monster collector instead of a robot collector.

Remco released two different lines of monster figures in the early 80s. One was a 3 3/4" set of 6 characters (Frankenstein, Dracula, Wolf Man, Mummy, Phantom and The Creature From The Black Lagoon) in both regular and glow in the dark versions. (And of course, it was the glow Creature figure that was kitbashed into the recent Suckadelic Creature. But far more impressive to me were the larger 9" figures.

While the 3 3/4" figures were of course more in the style of the Star Wars figures of the day, these 9" versions had more in common with Megos. Except, they were more gimmick laden than those toys were.

In addition to being fully pose-able, with joints at the neck, waist, shoulders, hips, knees and ankles, each figure included a "Monster-Crush" grabbing action. Basically, the entire length of each arm is made of segmented plastic and when you push a lever on the back, they pull in like they are giving a bear hug. 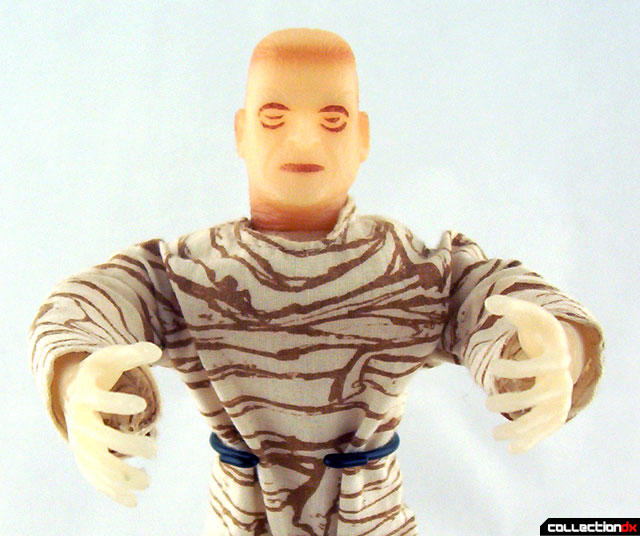 On top of that, the head, hands and feet all glow in the dark. Now, my camera doesn't take good glow pictures, but fortunately, there are already some included on the back of the box. 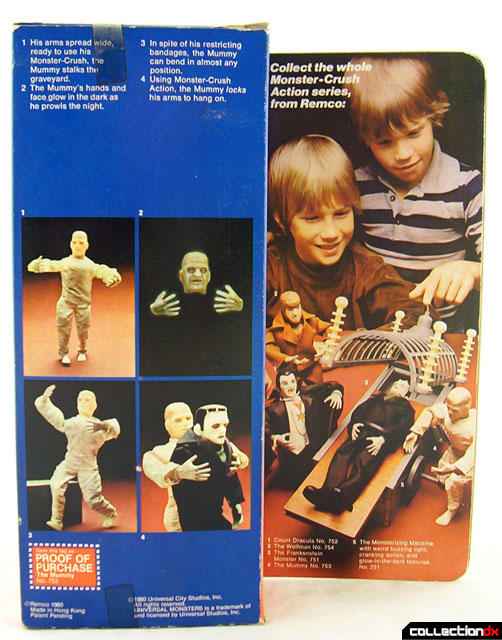 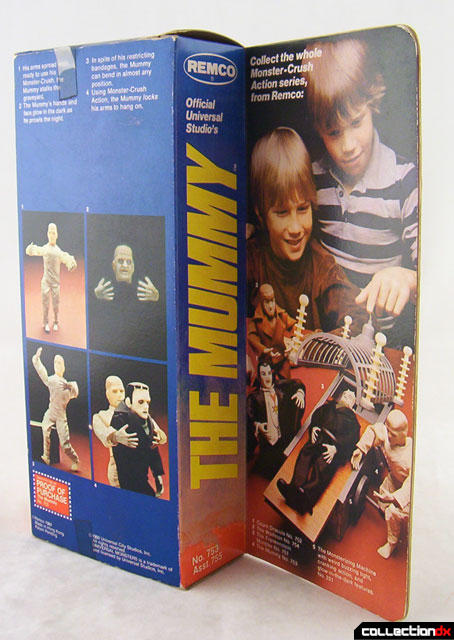 If that's not enough glow for you, a plastic glow in the dark ring with a skull and crossbones molded into it is also included. I'm not sure what that has to do with anything, but it's in there. I believe that all 6 figures in the set came with the same ring.

But that's not all, either. They also threw in a small iron-on patch. Iron-ons were all the rage back in the day. 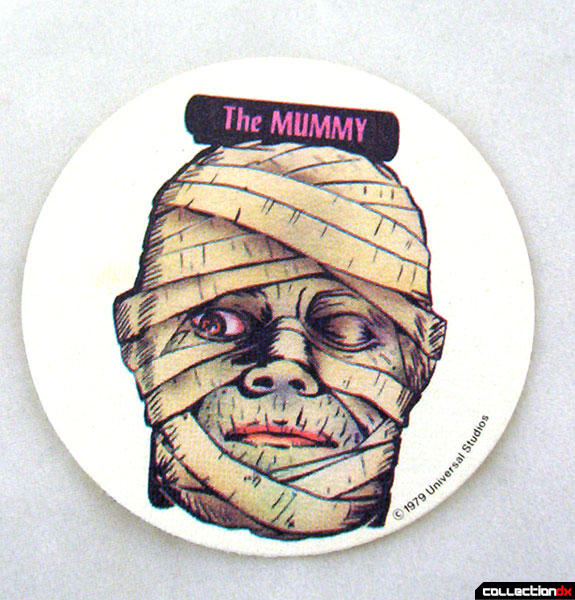 Of course, the downside to the figure is it's "wrappings". Being all one piece, it looks more like Mummy themed pajamas than real burial wrappings. Still, that's to be expected from a time when accuracy was much less important than play value. 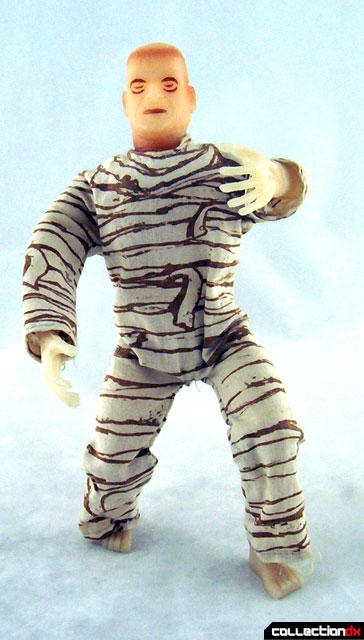 And of course, perhaps the best part for the modern collector is the box, and that's one of the things that drew me to this line in the first place. Each box for the 9" Remco monsters has some fantastic artwork on the flap. So far, I've only managed to get The Mummy and Frankenstein, but I can't wait to see all 6 lined up together. Unfortunately, I doubt that will happen anytime soon, as the Creature and Phantom figures tend to command a premium for nice boxed specimens. 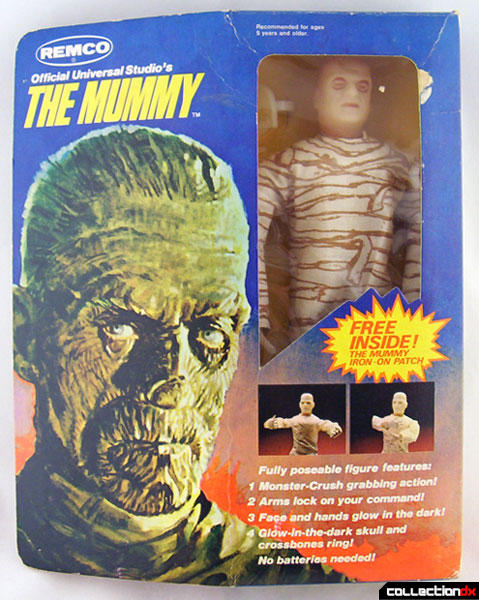 4 comments posted
What exactly is the Mummy

What exactly is the Mummy doing to Frankenstein on the back of the box?

Hes got a Monster Crush on him! Har har har...

That's why Frank didn't see him till it was too late!