It appears that the Japanese toy scene still has some surprises left in it after all.

This little diecast Ideon (イデオン) was manufactured around 1980 by an obscure toy company called BEAT (ビート). I couldn’t find out much about them, other than they made a variety of cheap train station toys. TOMY had the master Ideon license, so perhaps BEAT was a subsidiary of TOMY? In addition to this diecast, they also made a larger plastic Ideon called “Hurricane Ideon” and also a smaller soft vinyl Ideon. This toy is labeled Daiya Gokin (ダイヤ合金) (Diamond Gokin) but I don't know if there were more entries into the line. Yonezawa had a few toys labeled as Diaya gokin, but it is unknown if the toy companies were related. 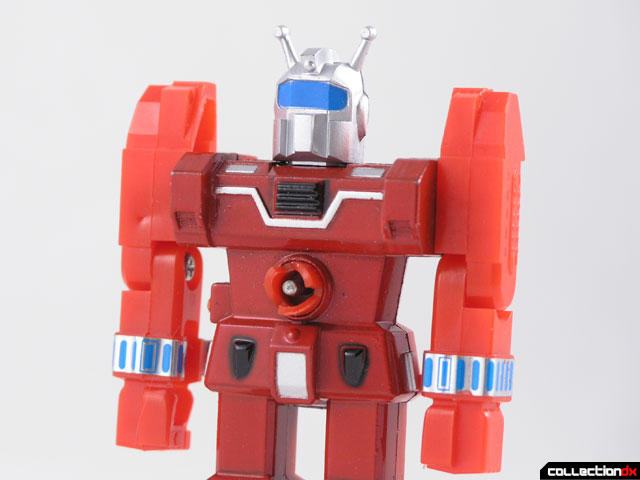 The body of the ideon is solid diecast metal with no articulation. The arms are plastic and jointed at the shoulders and elbows. The head is plastic and can swivel. 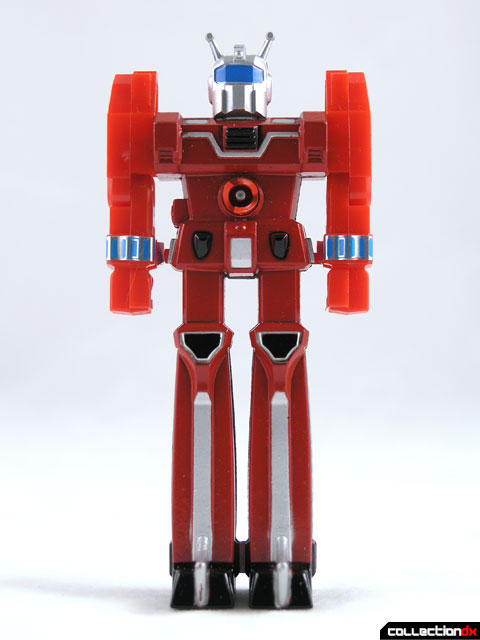 Ideon comes with a cool spinning rotor feature. Place one of the included rotors on the chest and wind it up. The mechanism will click and lock into place when it has been wound enough. You can also use the knob on the back to wind it up. You then press a button on the side and the disc will go off flying. The toy originally came with three discs, but mine only had two. 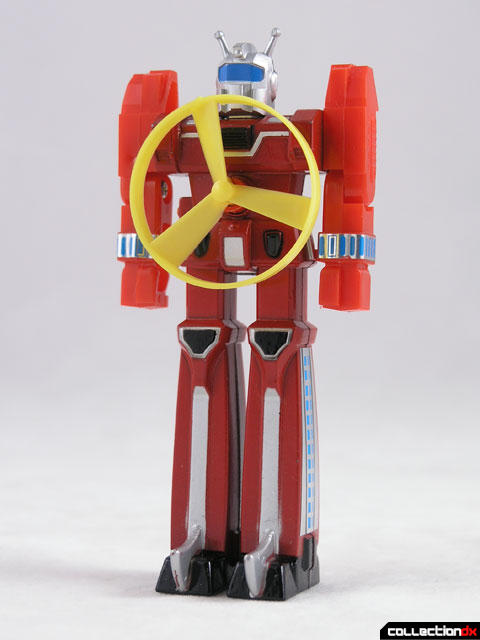 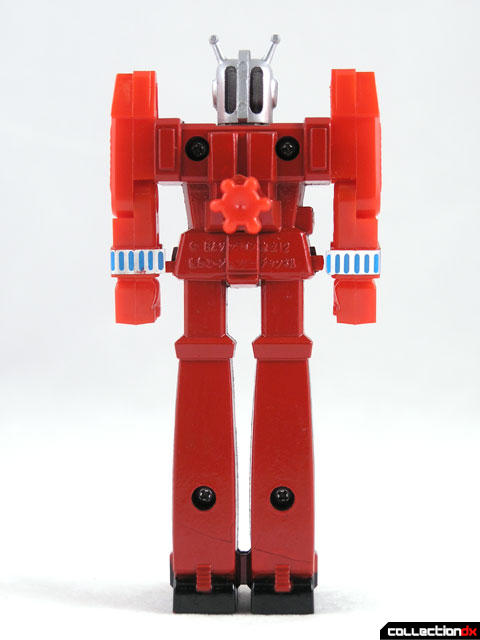 There are two versions of the box for this toy, I am not aware as to which came first. 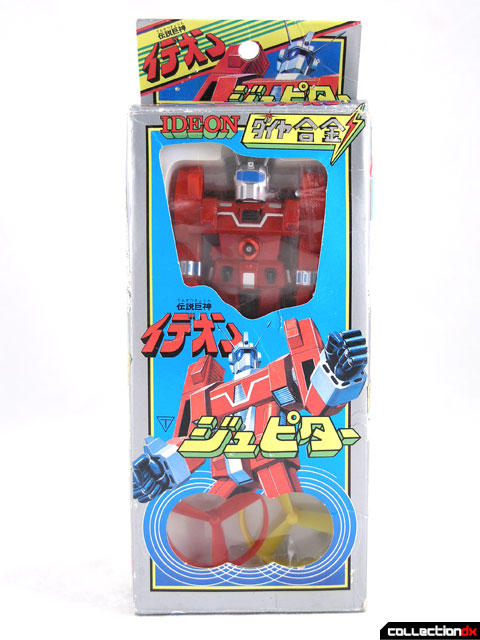 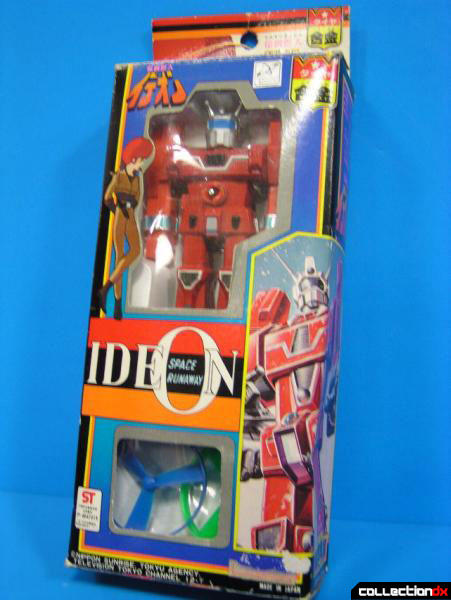 If anyone has any information about the toy company BEAT, can you leave a comment?