Gokai Dragon is one of three gokin toys made by Takatoku from the series Gokaiser. It was a manga featured in early 80s issues of Terebi-kun, a Japanese children's television magazine. I don't believe there ever was an anime for it, but I could be wrong. 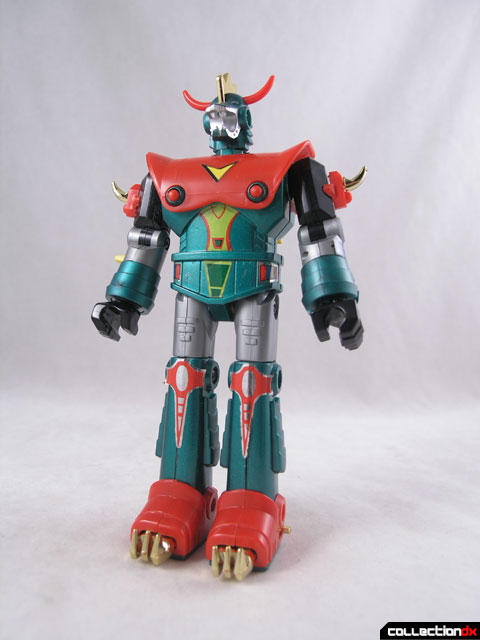 The full proper name of the series is “Dragon Tiger Giant Gokaiser” or “Ryuuko Kyojin Gokaiza” There’s been a bit of curiosity about this series as there is a similarly named Super Sentai series called “Goakiger”. I wondered, what does Gokai mean?

I’ve found a couple meanings for Gokai, and in this case I think the most appropriate one is “Exciting” and “Heroic”. The proper kanji for this is “豪快”, but as most small children don’t know 7th grade kanji, it is simplified to “ゴーカイ”

Now, I am not expert in Japanese, but I think that makes the series something like “Heroic Dragon Tiger Giant”. I also could be completely wrong. Take it as you will. Either way, the two series are unrelated aside from name.

So the toy is full of old school diecast love. If you have this one, you have to get the other two – Gokai Tiger and Gokai Giant.

The box is great with classic Takatoku Z-Gokin décor. The glaring pink lettering of the word “gokin” is a bit jarring but somehow it all works. Inside you get the figure, weapon, missiles, instructions, catalog and a tail. 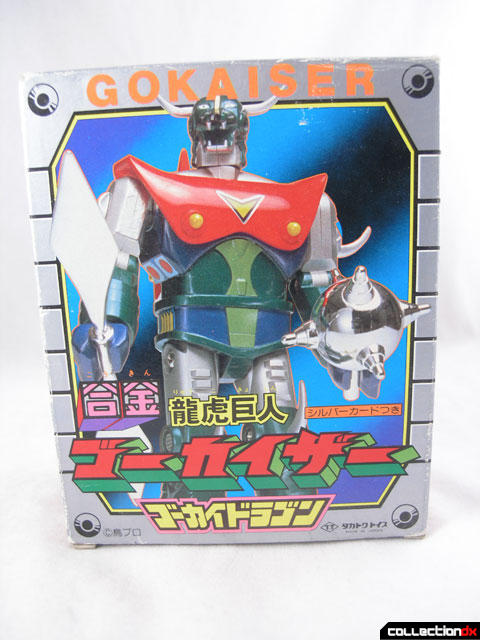 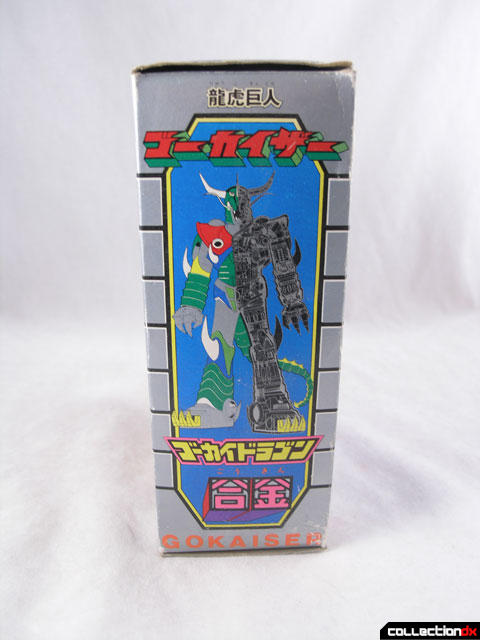 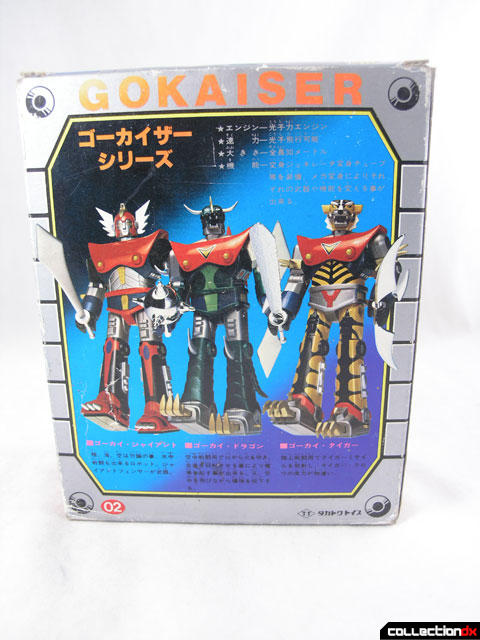 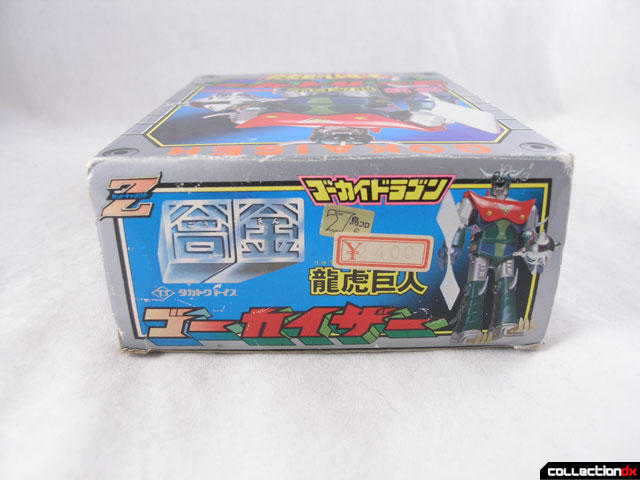 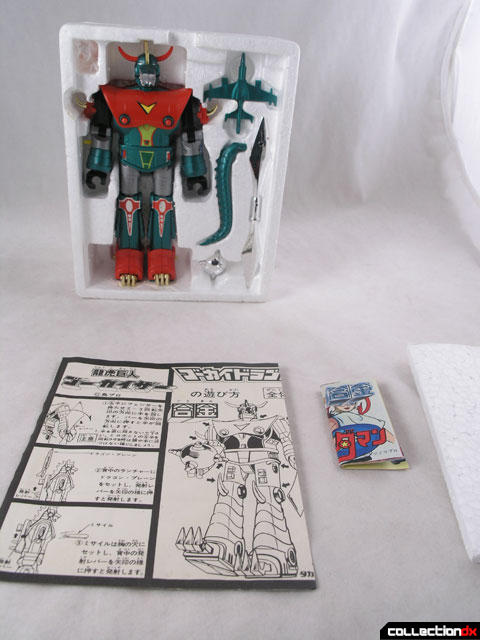 While Gokai Dragon shares the same core components as the other two, there are enough differences to make them unique characters. 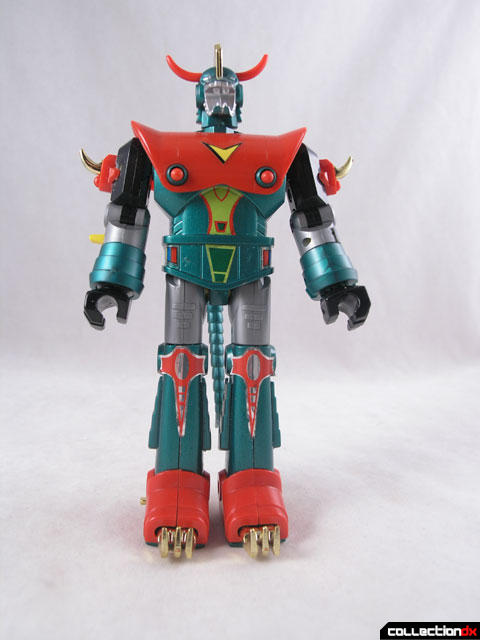 Gokai Dragon of course resembles a Dragon, and takes its design cues from one. The head has a very classic Asian dragon motif. 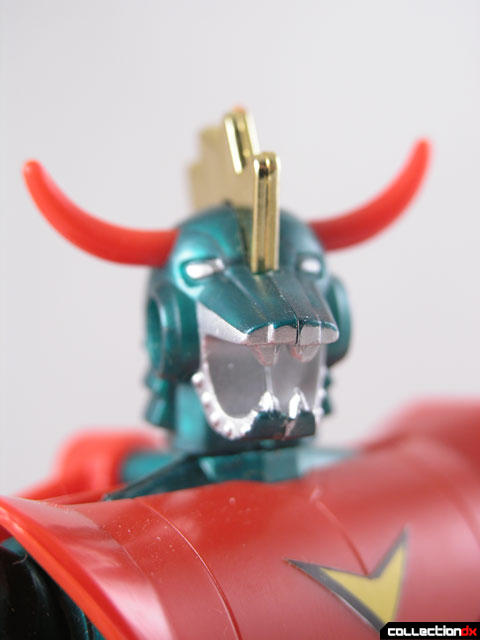 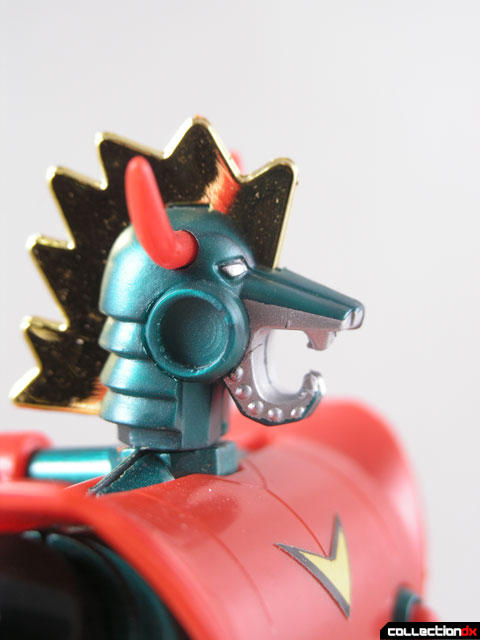 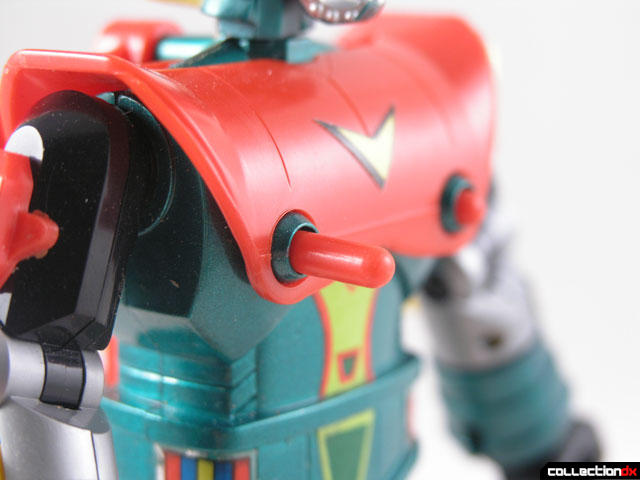 Shoulders are on ball joints with hinge joints at the elbows.. 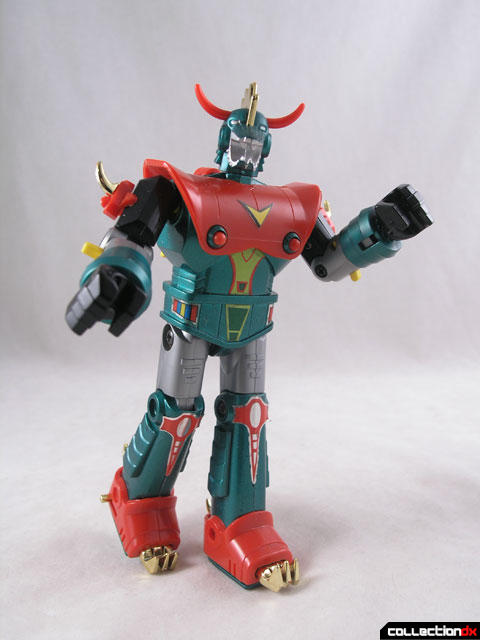 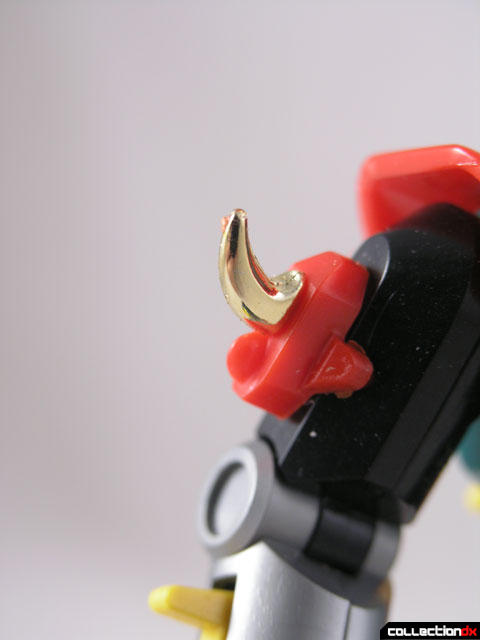 Like the others, the right fist shoots and the left fist has spinning action. 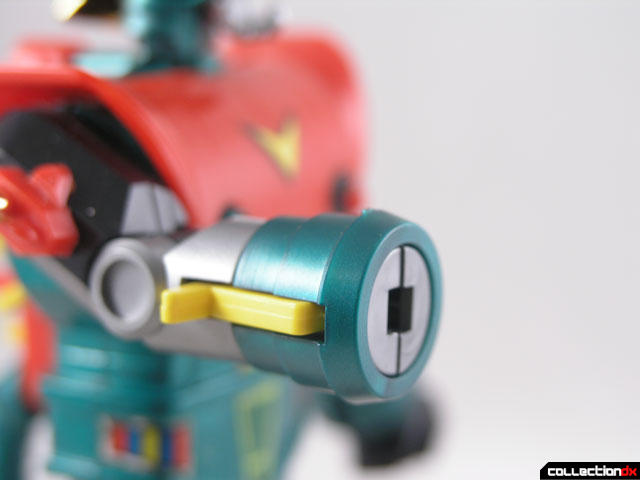 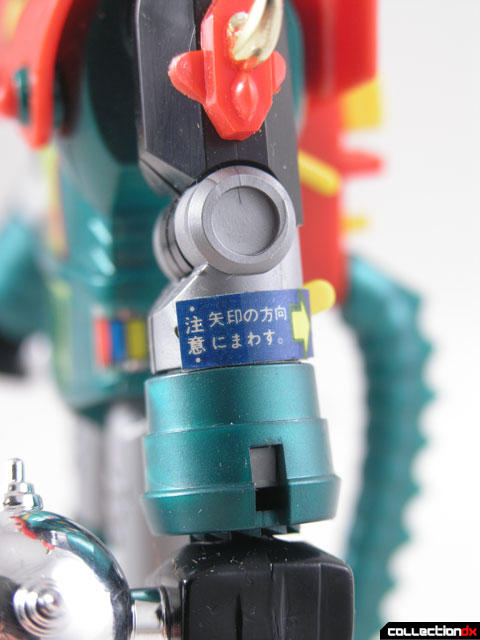 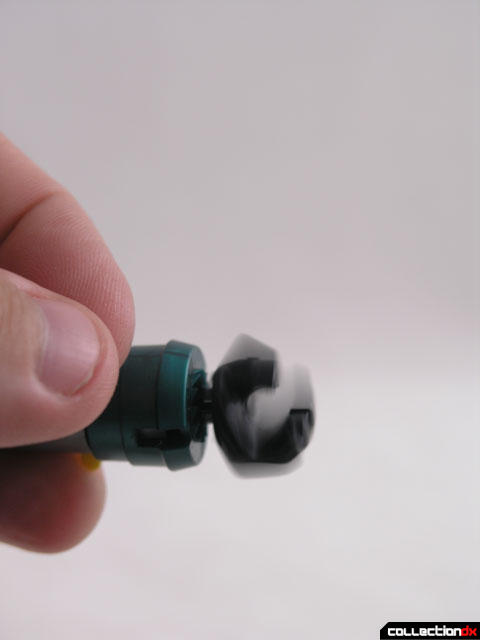 The legs are metal and are hinged at the hips and knees. The feet are unique to this toy, feature extending dragon claws. 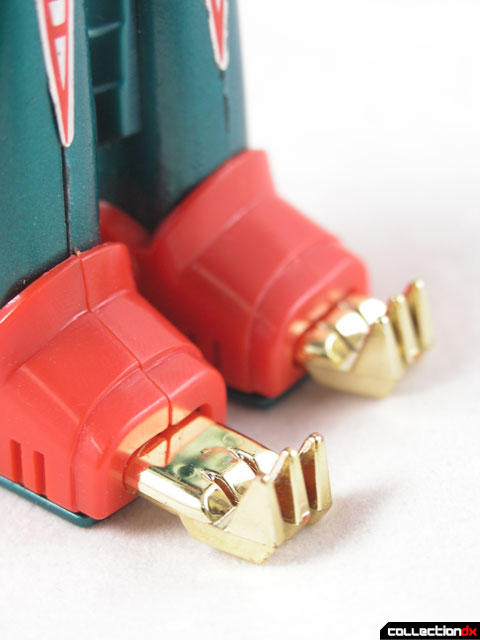 Gokai Dragon features a green plastic tail that fits snugly into a hole on his back.  Also on the back is the standard plane launcher, with its own unique plane. 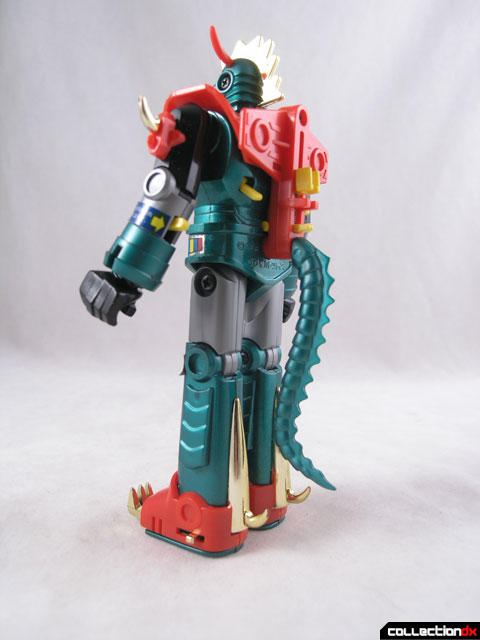 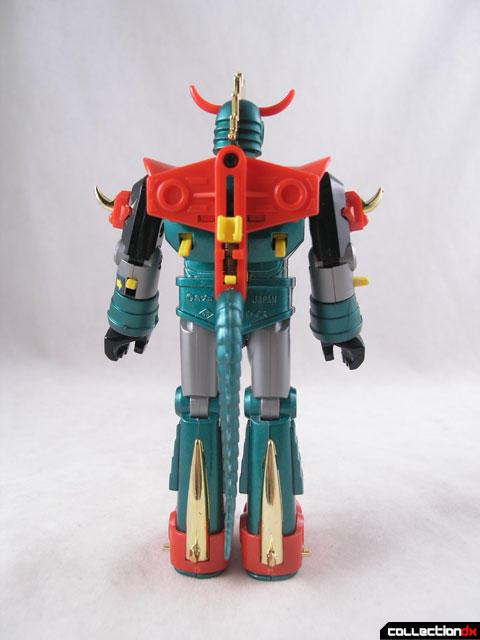 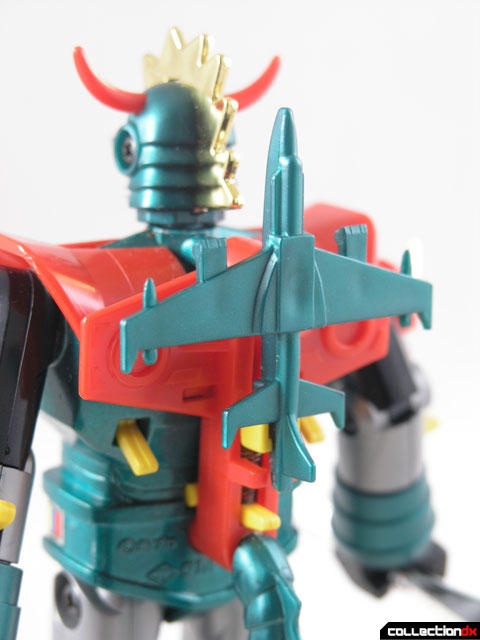 Two weapons are included – a double-sided sword and a spiked mace. Either one can fit in either hand, but I had a lot of fun putting the mace in the spinning hand and watching it fly across the room. 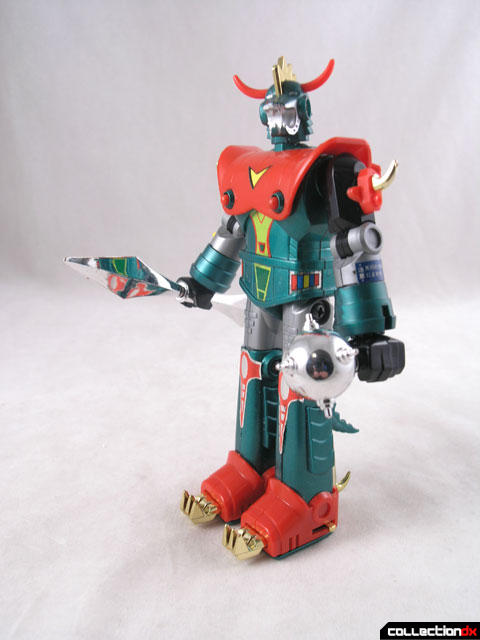 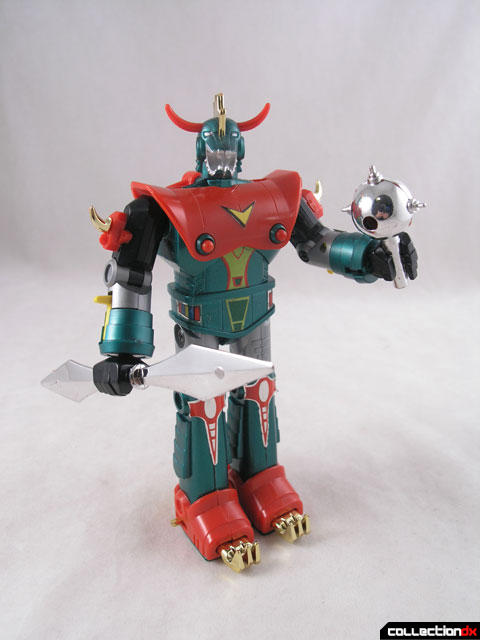 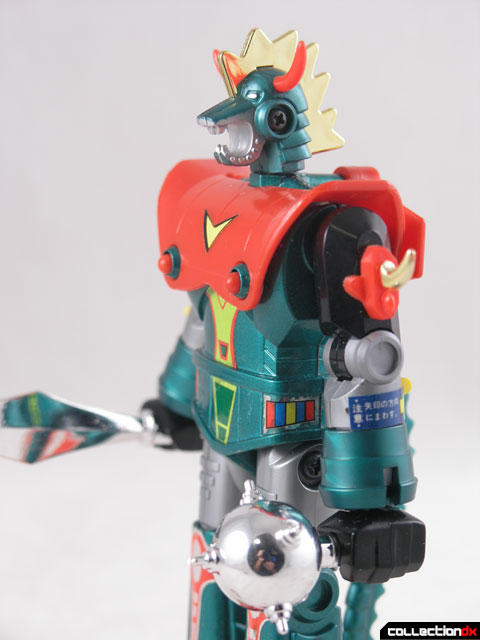 I’ve run out of ways to describe how great these toys are. They are the epitome of cool Japanese toys. 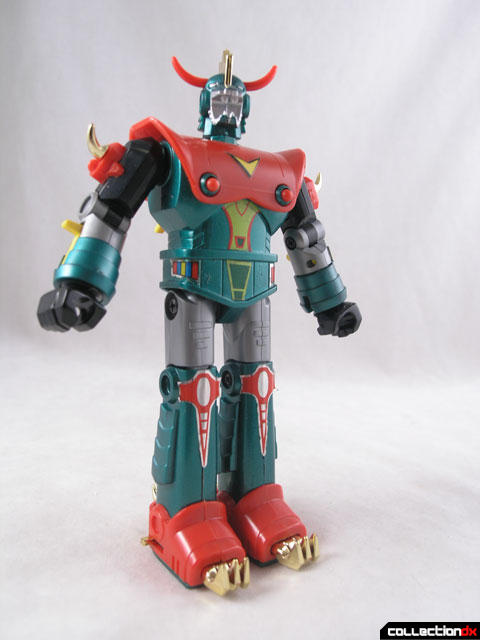 3 comments posted
These Z-Gokins are beautiful...

Thank you for sharing them.

this one is the coolest of the three to me...

Is there any chance you might scan the accompanying catalog?
I'm eager to learn what other toys Takutoku has in it's roster!