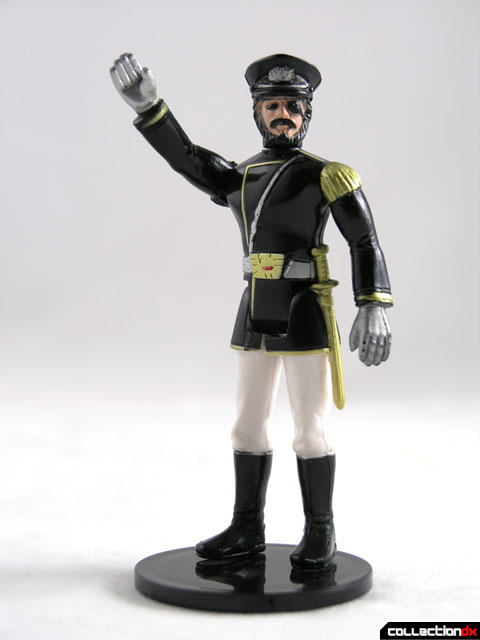 General Monster was the main bad guy in New Kamen Rider (aka Skyrider). I really am not a big Kamen Rider fan, but I picked up this guy because his name is GENERAL MONSTER.

Do you hear me, GENERAL MONSTER! 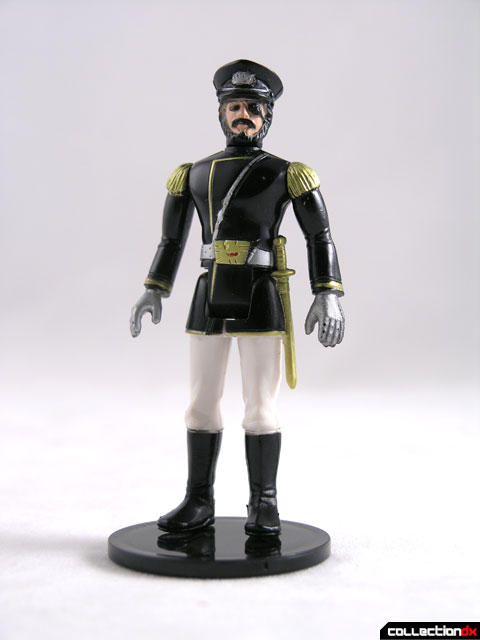 The figure is the same size and style as the old Kenner Star Wars action figures (whis is what Popy was trying to do with this line. See the World Heroes page for more details). It features 5 points of articulation, and has holes on the feet. The stand shown in the images is NOT included. I just couldn’t get him to stand up due to some slight warping in the feet. 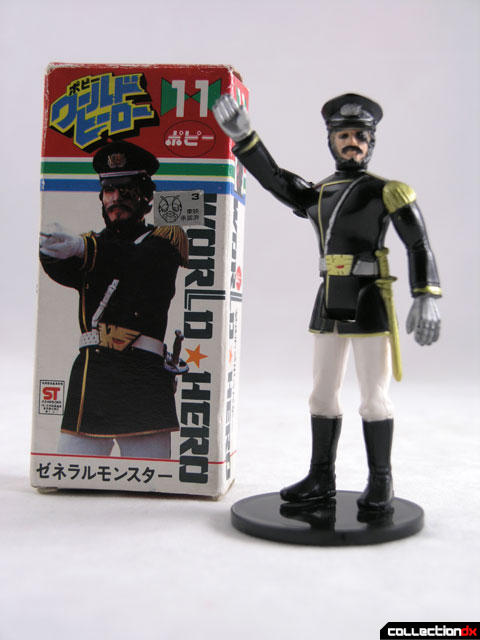 Also typically included with these figures are cards, stickers and a catalog, but this figure is missing them.

Say it again with me – GENERAL MONSTER!