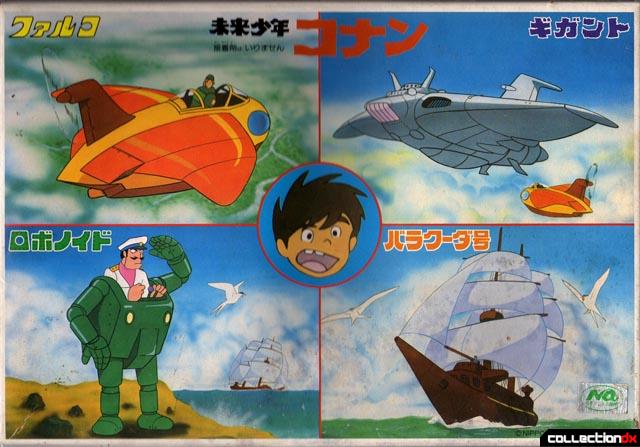 Hayao Miyazaki’s Conan, The Boy in Future AKA Future Boy Conan was not only one of the first cornerstones for Miyazaki’s animation style but has always been one of my favorite anime TV series. Many of the themes used in Future Boy Conan would later be used again in Nausicaa, Laputa: Island in The Sky, Spirited Away, Princess Mononoke, and Howl’s Moving Castle. These anime feature films can all trace their beginnings and details to Future Boy Conan. 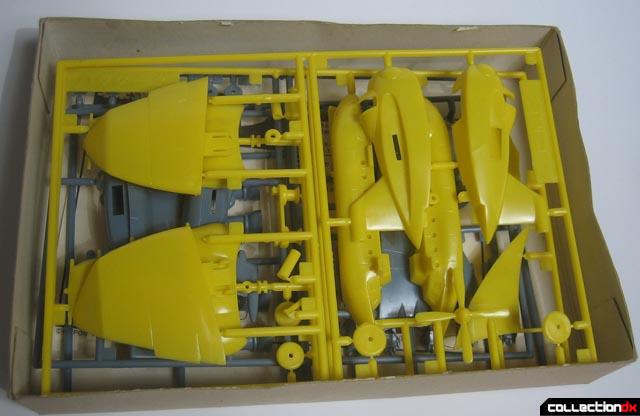 Future Boy Conan first aired on the NHK TV network in Japan on TV in 1978. It made up of 26 episodes and was produced by Nippon Animation. The staff for FBC was a one-two-three animation power punch of Hayao Miyazaki (Director, characters designs and storyboards) Isao Takahata (assistant director and storyboards) and Yoshiyuki Tomino (storyboards). 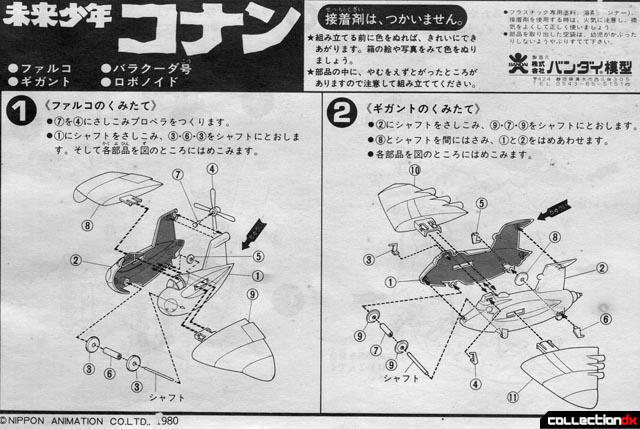 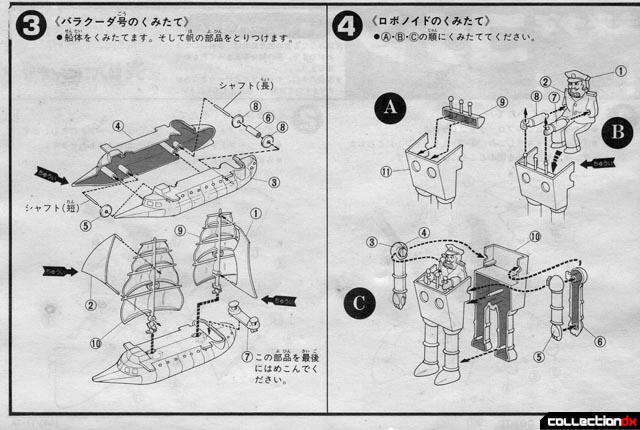 The show featured a young boy of 11 named Conan who, along with his grandfather, are believed to be the last living humans after a nuclear holocaust instigated by giant bombers called Giganto. Huge fleets of Gigantos drop nuclear bombs across Earth which resulted in the oceans flooding out all of civilization. Young Conan has superhuman strength and appears that he could run, lift or throw anything but also has a kind and innocent heart and enjoys just being a kid. One afternoon after hunting shark with his wooden spear a young girl Lana washes ashore on their small deserted island. Grandpa and Conan learn that people have survived but they are enslaved on an Island called Industria. 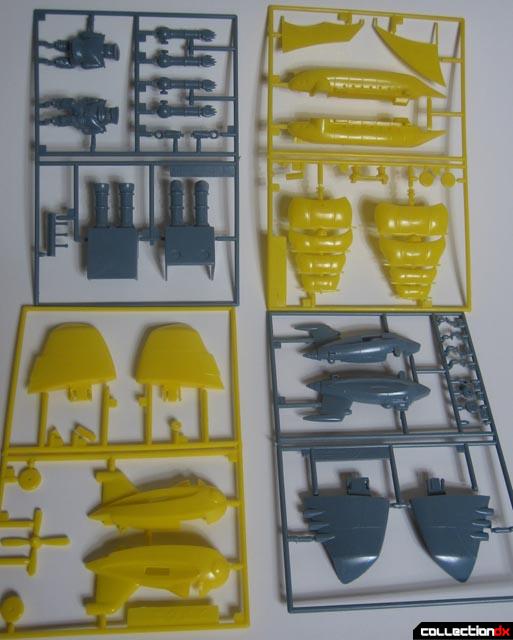 Future Boy Conan is pure Miyazaki. The giant apocalyptic aircraft Giganto, to Lana’s ability to talk to animals, strong female leads and antagonist, and ecological message, FBC needs to be seen if you are a Miyazaki fan. FBC did air in Los Angles in the late 1980s on local Spanish Television, which is where I used to watch it every Sunday afternoon. Conan and Lana resemble Pazu and Sheeta from Laputa so much that I had thought that Conan was the TV series version of Laputa. Conan and Lana were the prototypes for Sheeta and Pazu as Miyazaki is known for treating his characters like actors and “casting” them throughout his films over the years. 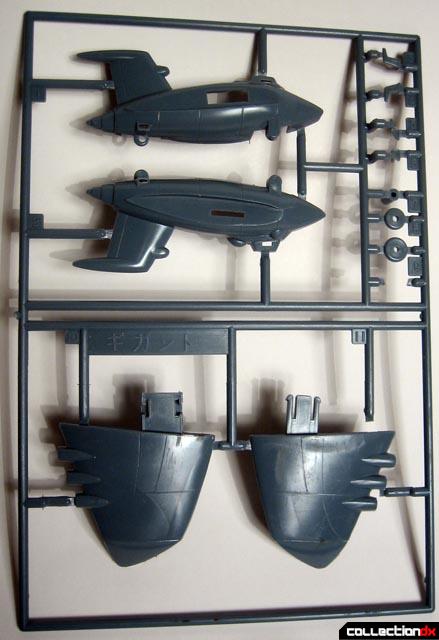 I have always had a soft spot of Future Boy Conan and due to the availability of once rare Japanese items now available through the Internet, it was great to finally discover and own some original Conan items. 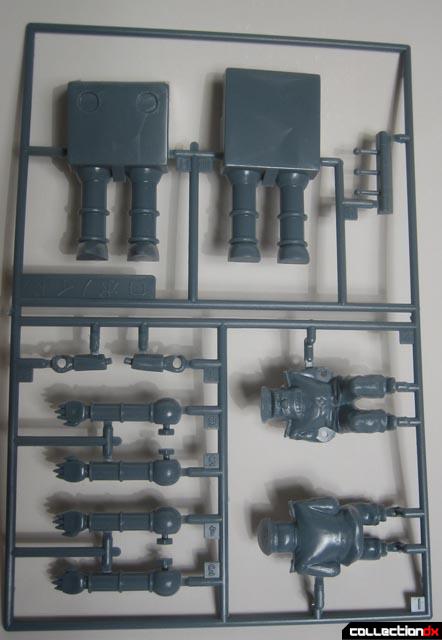 Bandai’s Conan four model set features the four iconic vehicles from the Conan TV series: Falco the seaplane, the last nuclear bomber Giganto, Dyce’s pirate ship Barracuda and robot work suit Robonoido. Each of these model kits were available separately when they were originally released but as this box is dated 1980 I assume that they were later put in one package to sell off excess stock. 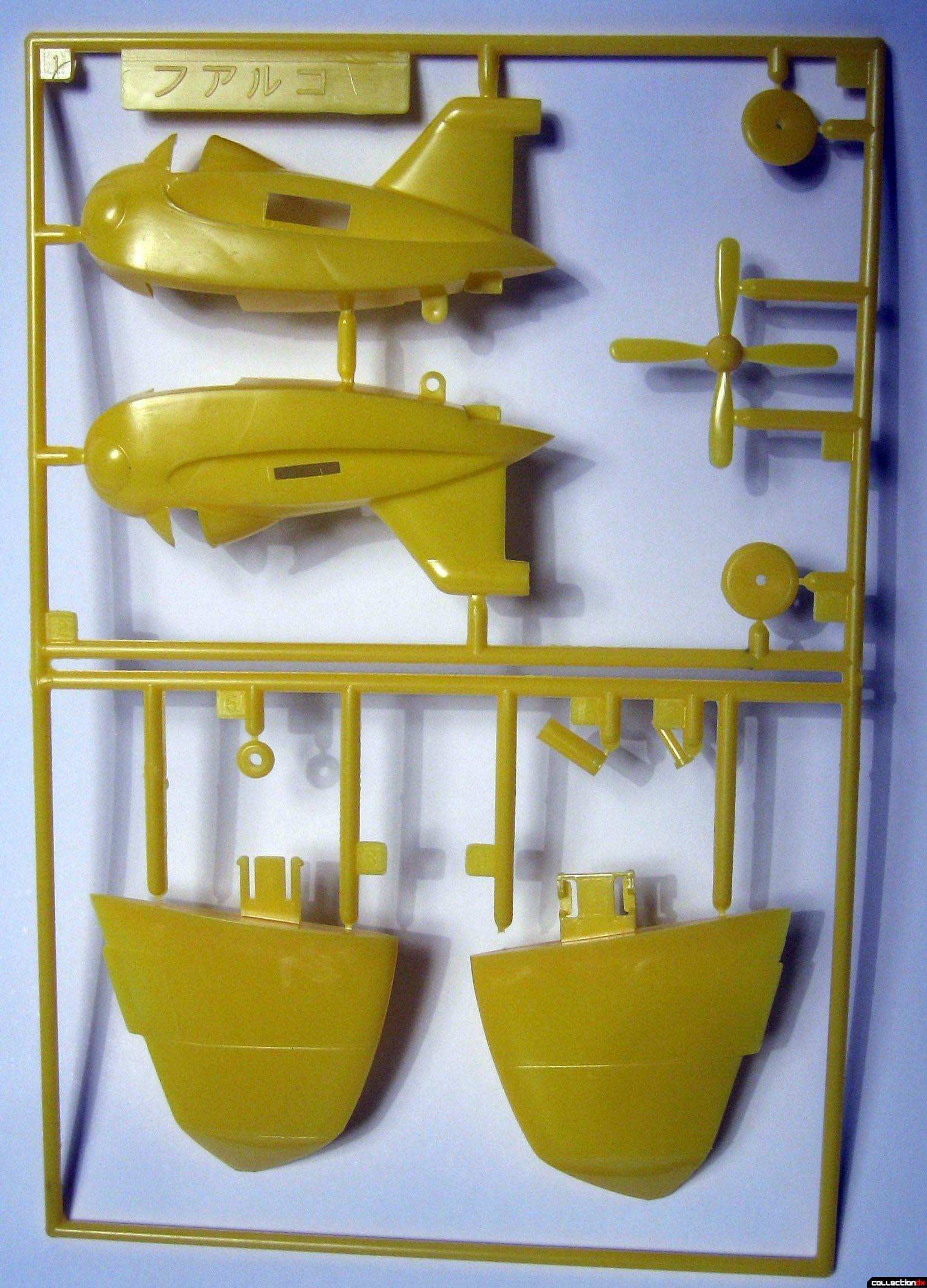 These model kits are not the best representations of the vehicles and are very rudimentary in design and for ease of building, a feature most likely for young children. No glue is needed to assemble the kits. They also, except for Robonoido, come with wheels to roll the assembled model kit along a flat surface or floor. Since these model kits were originally released separately I plan to review each kit separately with the original single kit box art attached. I actually bought this set for Robonoido as I plan to scratch build a larger version out of sheet styrene and plastic tubing. 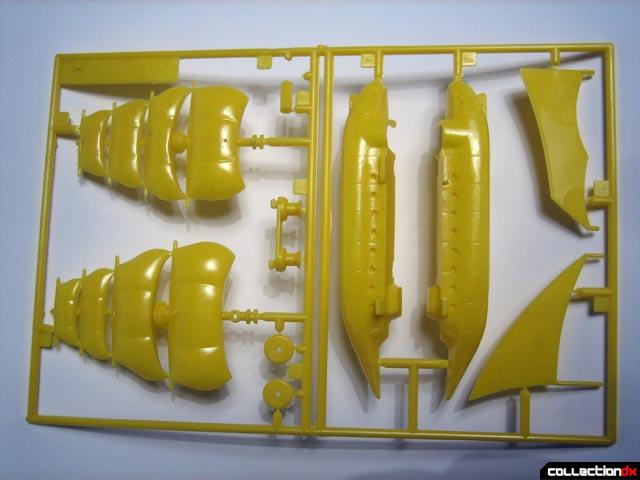 Conan 4 Model Kit set is worth picking up for the hardcore Miyazaki collector but if you are looking to build screen perfect representations of Falco, Giganto, Barracuda or Robonoido this set is unfortunately not what you are most likely looking for. There were a few rare and expensive resin kits produced in the 1980s of Future Boy Conan items but they are extremely rare to locate today. Like many 60’s and 70’s anime items, many manufactures still choose to ignore some great properties and I can only hope somebody will purchase the Conan license and produce model kits of some of Miyazaki’s finest vehicle creations from Future Boy Conan.

4 comments posted
This is probably the only

This is probably the only Miyazaki anime I have not seen... Is there subtitled versions anywhere?

I have a HK boot of the series with a bad transfer and an even worse subtitles ( I don't think they were saying S**T every other word!)

Which is quite weird as Conan was dubbed into English. It's a shame that nobody hasn't made an official release of FBC with remastered sound and video due to the legendary status of Miyazaki and the fact that it's a great anime. I would buy it in a second!

the last three I need to watch is Go Panada Go, Sherlock Hound and the one about the sun prince.

I have never scratched build any models before but I thought Robonoido would be an easy start as he's mostly tubing and flat sheet plastic. There is an action pose I would like to replicate from the cartoon with Jimsey and Conan with a huge anti-tank rifle riding around in Robonoido.

This anime had aired in the Animax channel in my country. I don't pay any attention then. Now I'm very curious.