X-Bomber was Go Nagai’s answer to Gerry Anderson’s “Supermarionation” shows like Thunderbirds and Space: 1999. While its use of dead-eyed puppets can be unnerving, I find the Supermarionation style to be consistently entertaining. The rich, inventive craftwork adds real warmth to the stories, and each series essentially animates a world of elaborate toys, and how can you not love that? I haven’t seen much of X-Bomber (or Star Fleet, as it is known in the English speaking world), but from what I can tell, it’s a pretty typical post-Star Wars space adventure series, wedded to a Sentai-type, guy-in-a-suit, robot versus monster-of-the-week serial.

Big Dai X was the giant gattai robot the team used to finish off its enemies. In 1980, Japanese mecha design was in a period of transition. Takatoku’s X-Bomber toys were some of its final classic robot styled pieces, though the Gundam influence is clearly creeping in. Taka would soon enter its glorious Kanzen Henkei phase of real robot toys, but Big Dai X is a fine example of late-period super robot styling and engineering. Though labeled Big Dai X DX, this is more of an ST-sized figure on steroids. Takatoku also released a typical ST toy, as well as a deluxe, Popy-style “Blitzkrieg Combination” set. The DX model fits nicely between the two. The box is illustrated with toy photographs. While this one is beat up, it must have really been something on the shelf. 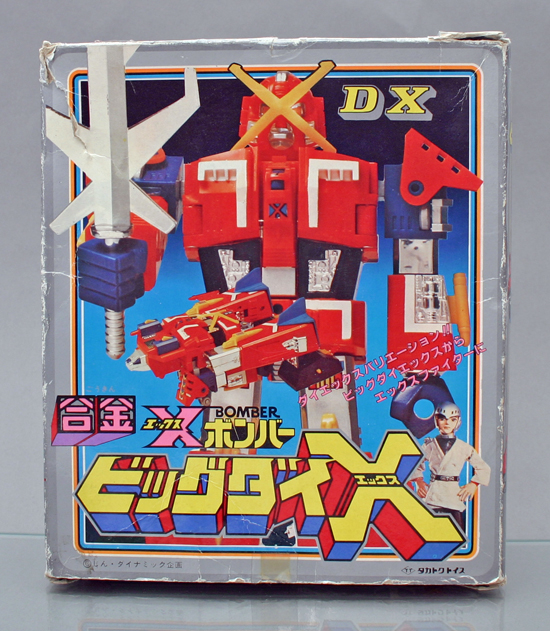 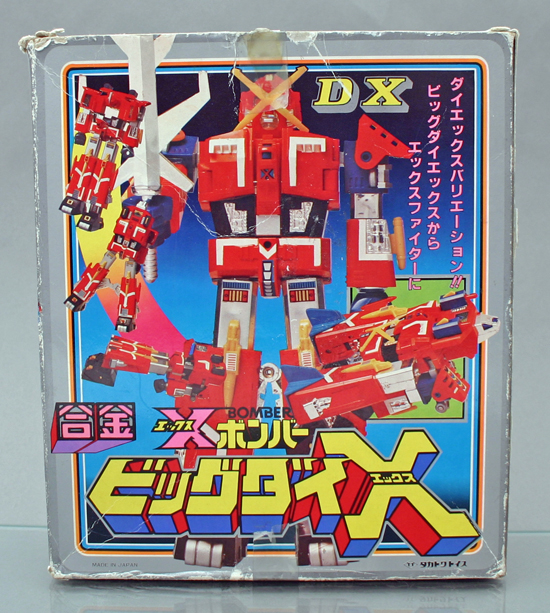 I love the cutaway painting on the side. 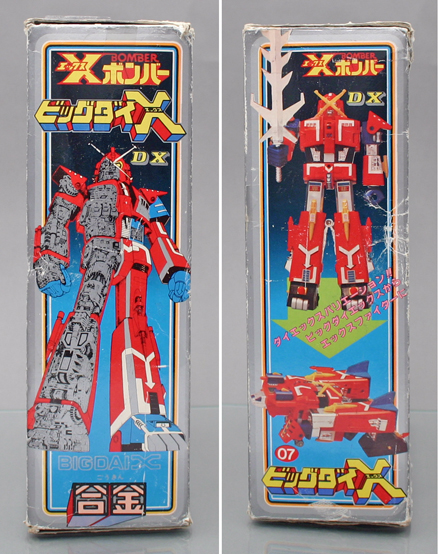 Inside, a standard Styrofoam tray. My specimen is missing his large chrome sword and a few projectiles. 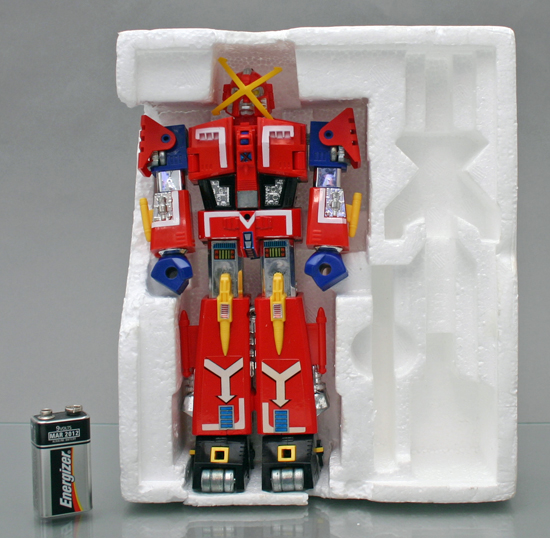 Big Dai X DX is a big red slab of diecast goodness, 8 inches tall. He’s probably 60% metal, including the lower legs and most of the torso. The plastic is solid. There are lavish chrome mechanical details throughout. 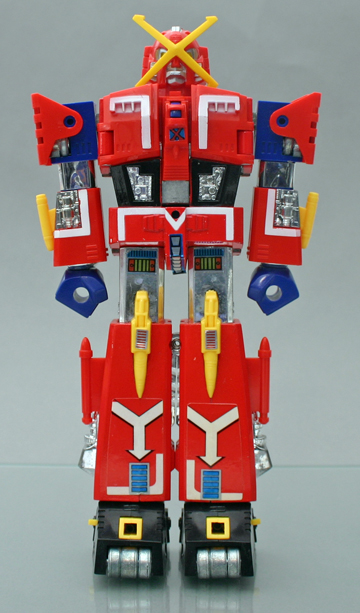 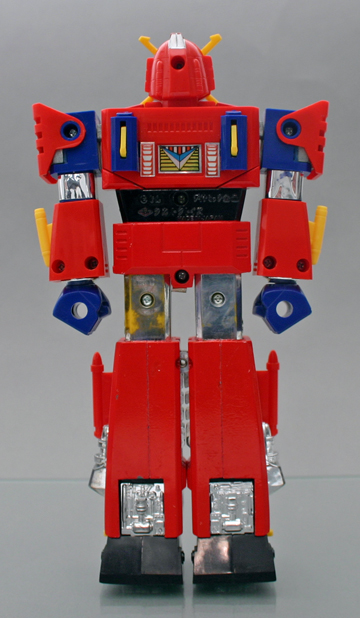 Articulation is minimal, but consistent with other transforming figures of the time. His shoulders move. The fists shoot. 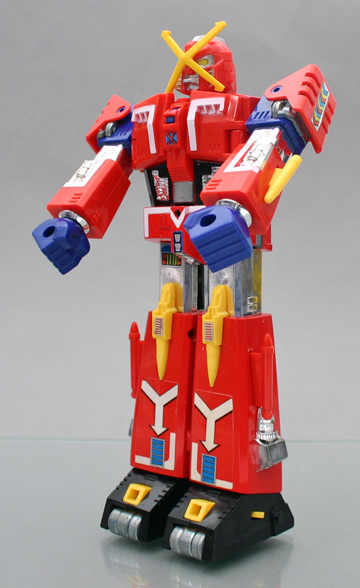 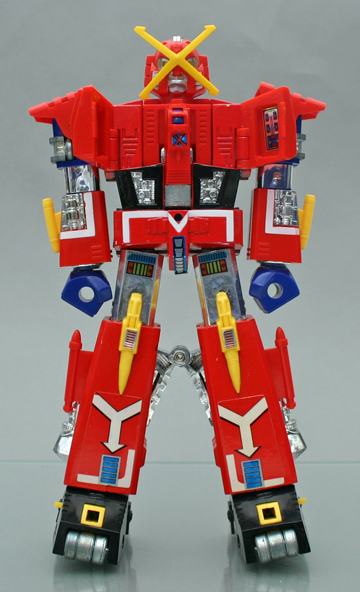 To transform, you open the chest, fold down the middle chest section. Move the face X to the waist. 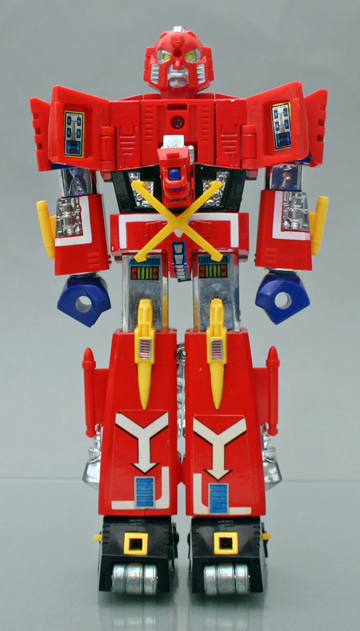 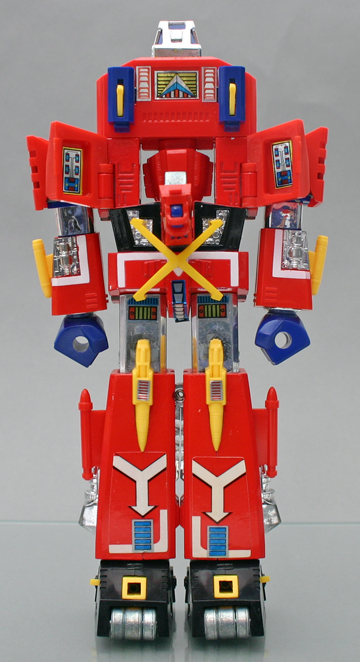 Close the chest. Rotate arms back at shoulders ninety degrees. Spread legs. Legs spread and lock as shown. The geared leg mechanism is a unique piece of engineering. 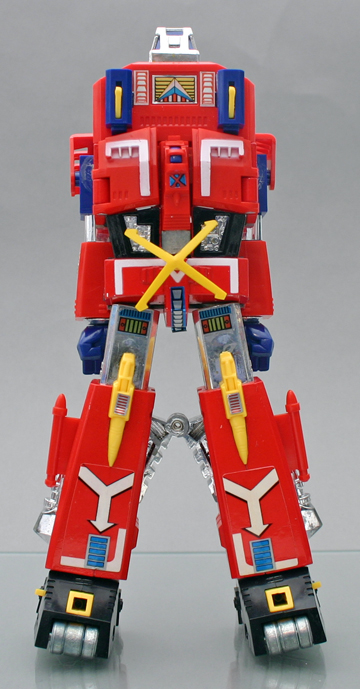 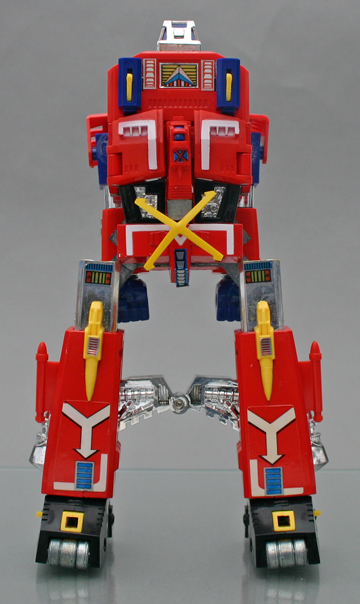 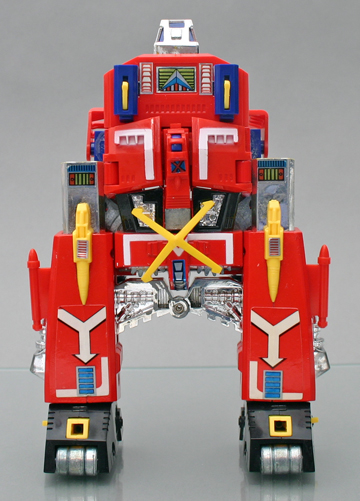 Pull and rotate feet back. This joint is spring loaded, a nice touch. 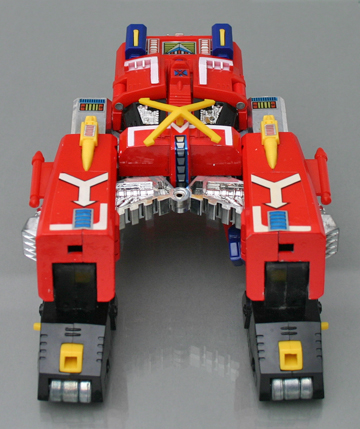 The spaceship mode is a clumsy block. It wasn’t featured on the show, it was just invented for this toy. It’s funky in a way, but in another, more powerful way, it’s lame and boring. The little wings on the legs are laughable, as is the tiny little cockpit. 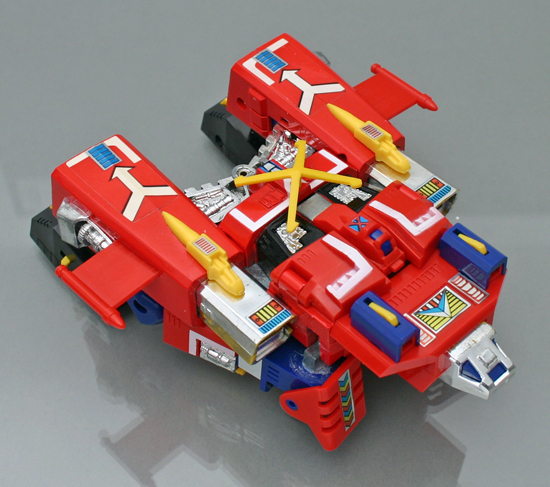 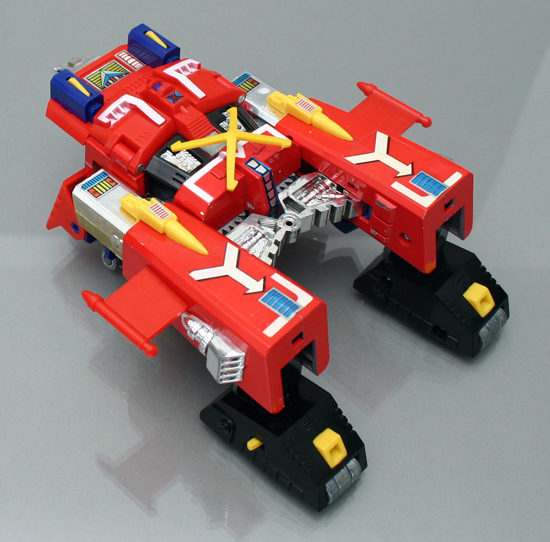 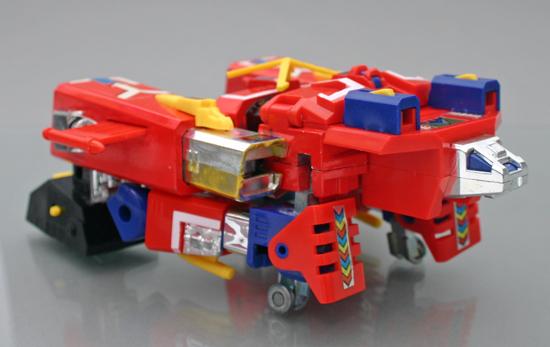 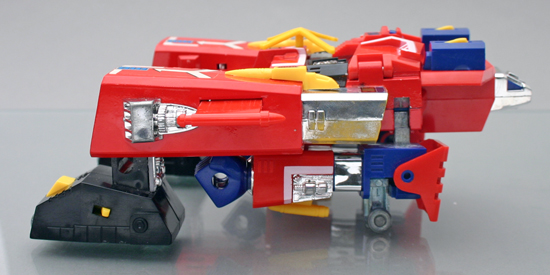 But still, toys like this are almost beyond criticism. I love the Big Dai X DX, and am proud to own him. It has more soul in that silly face X than most modern toys have in their whole body. 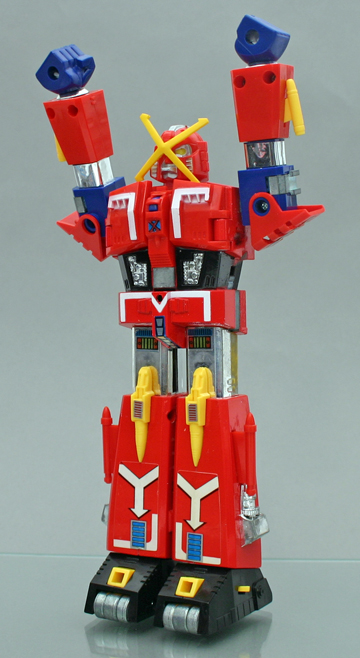 A note on the face X. Most of those are missing, as mine was, but there are a few folks reproducing them. The repro I bought is of excellent quality and available, last I checked, on ebay for ten bucks(ebay user "albertpenello"). Fists are available too! [this review isn't sponsored, I'm just happy to complete the toy] 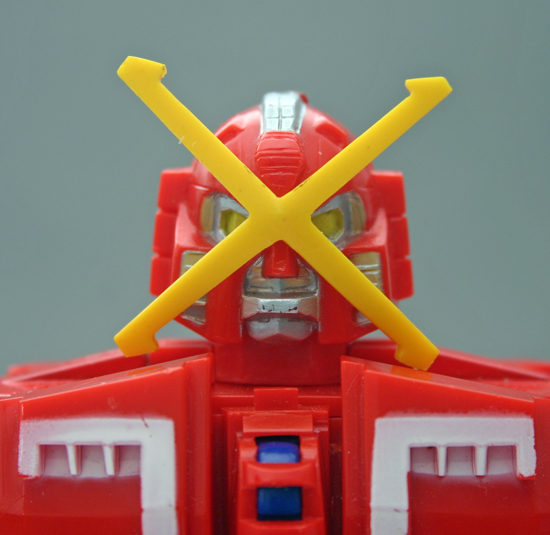 Feels like a poor recreation of the Daidenjin from "Denshi Sentai Denziman" (1980)...

this one's deigned by Go Nagai himself man

Awesome review, I didn't know they even made a toy of this. I used to watch this on HBO when they aired it from time to time back in the 1980's. Fantastic show.

But I was introduced to this show by the Brian May solo side project with Eddie Van Halen and Phil Chen mini-LP that was released in the early 1980's. It was my brothers album but it eventually became mine as the cover featured a beautiful close up shot of X-Bomber. Apparently Brian May's son was a huge fan of the show. It's quite rare these days and I intended to write a review for CDX about this LP.

Thanks for reviewing this, I want one!!!!

1 The color scheme is awesome. The white highlights on red plastic really gives the toy some soul.