I didn’t have a lot of the Shogun Action Vehicles when I was growing up. I had plenty of the smaller robots, and a few jumbos, but for some reason I never got the small action vehicles. I did however drool over the images on the back of the packages I did have. 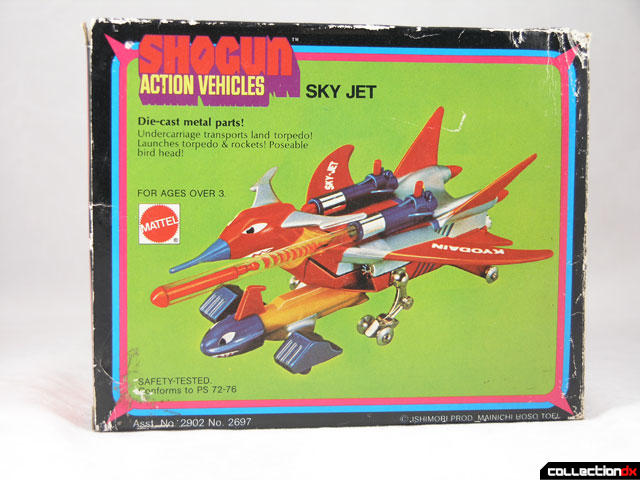 One of the cool designs that caught my eye was the Sky Jet. I noticed how similar it looked to the Grand Car, and I was enamored with these weird smiley faces on the front of the vehicles. 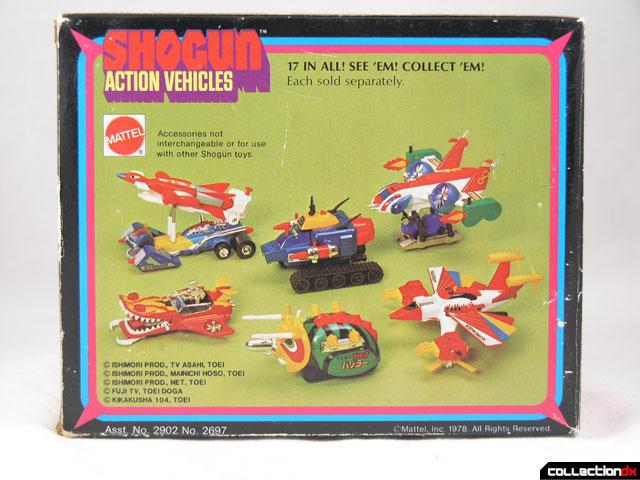 I know now that these Shogun Action vehicles were repackaged toys from Popy’s Popynica series of chogokin vehicles. Mattel got the licenses and sold them in the United States in the late 70s.

This particular vehicle, the Sky Jet, was one of two vehicles that came from the Tokuatsu TV show Kyodain. Each vehicle featured Skyzel and Granzel in one of their alternate forms. 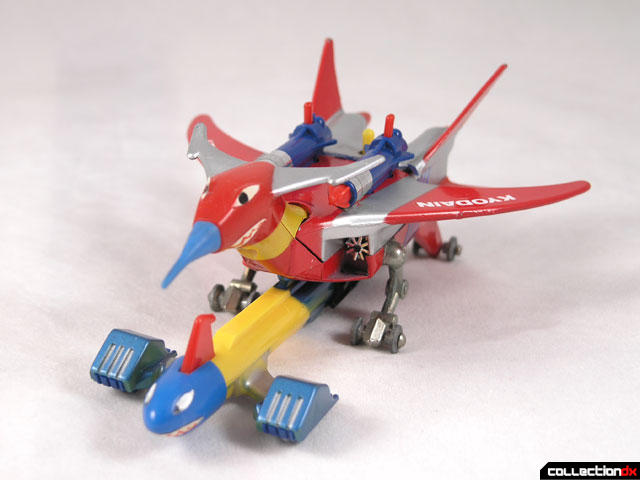 Sky Jet features a diecast top ship and a plastic launching missile. The Top ship is almost entirely metal. The nose is made out of rubber so as to meet safety standards. The back features 2 missile launchers and another button that launches the missile below. 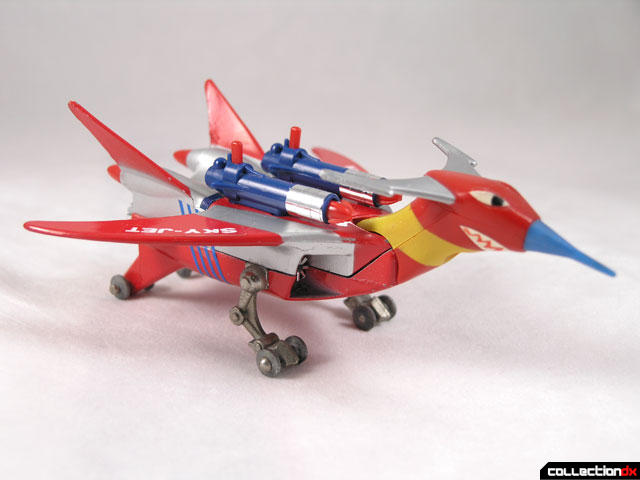 The missile actually has wheels of its own. When launched, the missile will roll away across the floor. The black sections of the missile are made out of rubber, but do not turn. 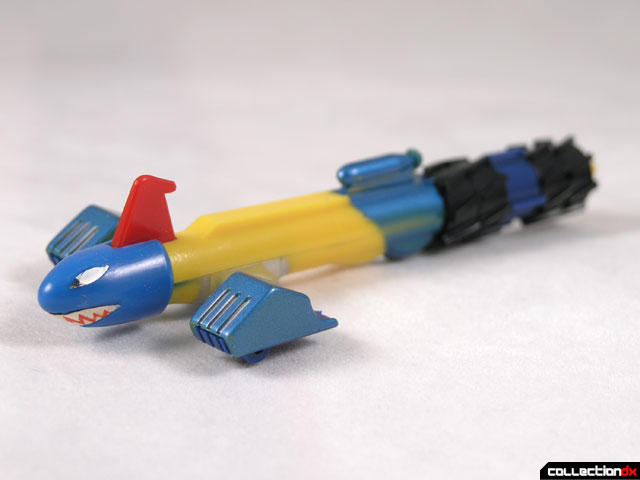 This is a great toy, but tough to find in excellent condition. The eyes and mouths of each vehicle are just stickers, and often fall off over time you will notice that on my specimen, the eyes are painted on the missile. This was done by the previous owner, not the factory.

Also, the latch that holds the missile in is fragile, and can break. This results in the missile not locking in. My Sky Jet has a broken clip, so the missile does not go in all the way. 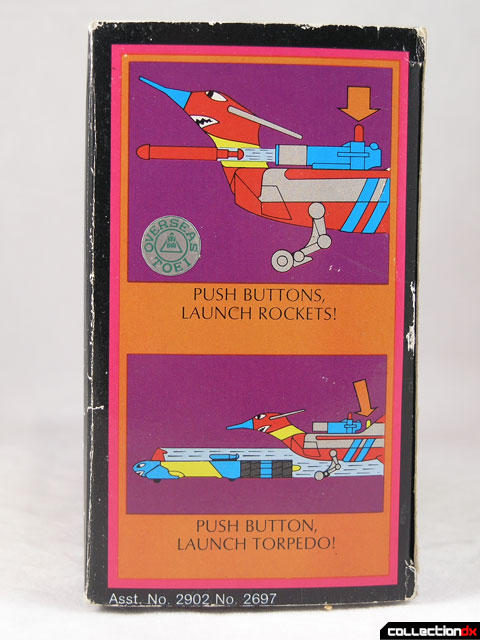 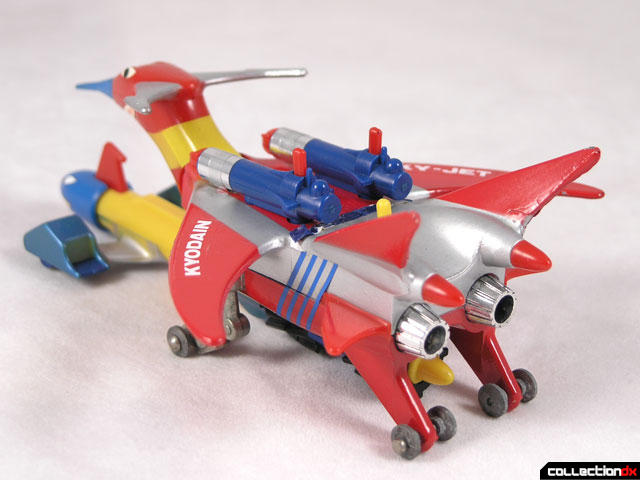