TV Asahi aired the 3rd Super Sentai series, Battle Fever J (バトルフィーバーJ), for 52 episodes during 1979-1980. While a new element was being added to the series, namely a giant robot, Popy was also trying something new with their series of Jumbo Machinder toys. Gone were the large boxes containing one piece toys that had been the norm for 6 years. In their place was a new system of unbuilt robot toys that had to be assembled using a simple series of plastic nuts and bolts. This allowed for smaller boxes, which in turn likely decreased shipping and storage costs. Battle Fever was the first jumbo released like this, followed by Daltanious, Gordian, Daidenjin and God Sigma. 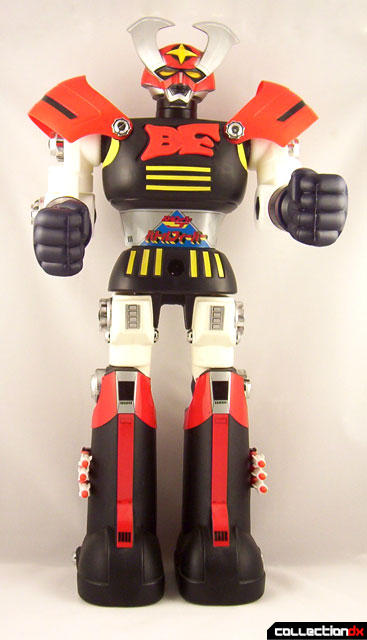 The original design for the robot is quite appealing and most toys of it are as well. The jumbo is no exception with a beautifully rendered head sculpt and nice proportions on the body. The red shoulder shields can be raised and lowered to allow the arms to be posed. 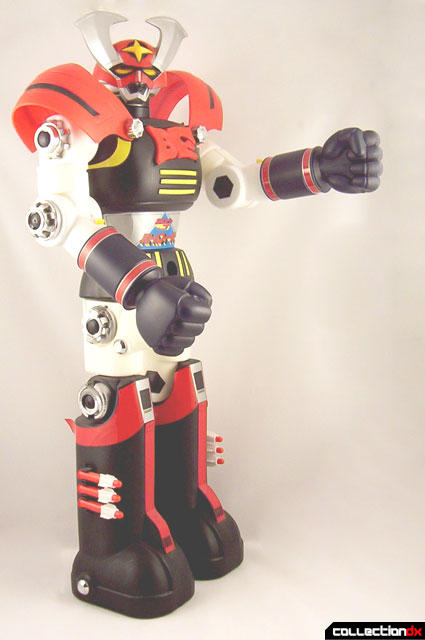 Both fists can launch and there is a single missile launcher located in the stomach as well. Three short-vaned Machinder missiles can be stored on either side of the legs. The "BF" insignia on the chest is molded plastic but all the other ornamentation is from stickers. I think this is the one complaint I have with the Robot Factory jumbos. Although the finished products look great, I'm not a huge fan of applying stickers. I get really picky about having them placed just perfectly. On Battle Fever, every single yellow stripe on the stomach and chest is a separate sticker that you have to apply, as is the red on the legs and arms. The waist sticker with his name is pretty easy to apply but I had a really hard time with a red sticker that is supposed to go on the mid-chest area. No matter how I tried, it just didn't want to stick on there nicely and I eventually decided it wasn't worth it and placed it back on the sticker sheet. I think it looks just fine without it anyway. 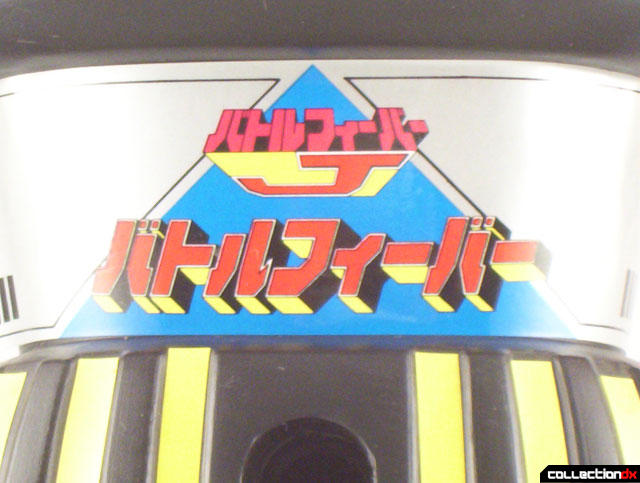 Assembly of the toy is pretty self-explanatory, but there is an instruction sheet included as well. One thing I would recommend is to pay attention to which bolt goes where. The bolts that are for the arms are longer than those for the legs and it's easy to not notice if you are in a hurry to assemble the toy. Also, don't tighten the back nut too much or you might bend the insignia on the front. 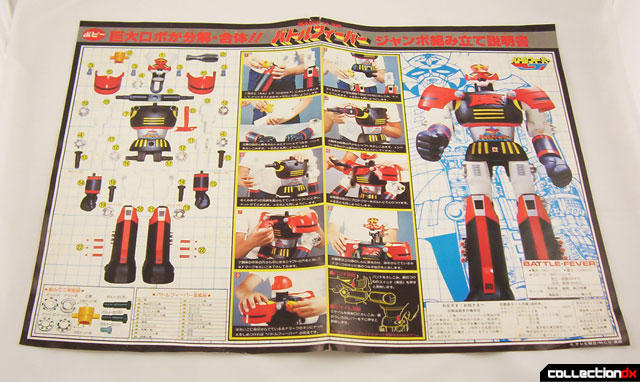 The artwork on the boxes are ok, but honestly, they pale in comparison to the traditional jumbo boxes. While each Robot Factory jumbo is nice in its own right and the unique assembly system allowed for some different looking toys, as a big fan of boxes, I would have preferred the old style boxes to go with my other jumbos. 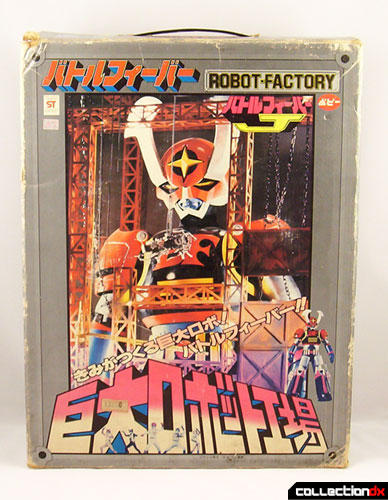 Among Robot Factory jumbos, the Battle Fever is definitely the easiest one to find. There is also a bootleg version of this jumbo that was released in Italy. It is called "UFO: Il Guerriero Dello Spazio
" and says "UFO" on the chest, in place of "BF". It is pretty rare, though.

Here is the very very odd opening sequence to the show. No time to show the robot, you gotta see the stock footage of animals instead for some reason...

The head is probably my favorite part of it all. :D