Long before the Mighty Morphin' Power Rangers blew up in the United States during the early 1990s, Mattel imported this toy from the original Super Sentai show, Himitsu Sentai Goranger (秘密戦隊ゴレンジャー). Released just five years after that show aired, this toy must be one of the earliest sentai toys released on these shores, along with the Varitank from the same show. Known originally as the "Varidreen" (バリドリーン), the name was changed to the more palatable sounding to American ears "Vertilift", which is obviously a simple contraction of the words "vertical" and "lift". 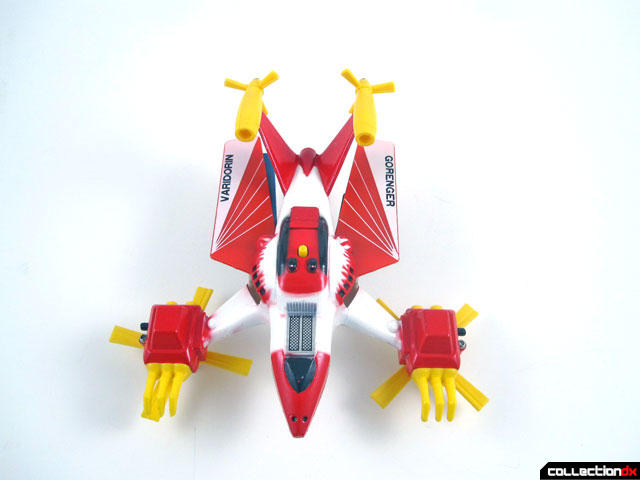 The toy features a decent amount of die-cast metal with the entire top half of it being metal. The undercarriage, wings, claws and propellers are sturdy plastic. I usually display my Shogun Action Vehicles resting atop their respective boxes and few times this one has rolled forward and off it's box, crashing below with no damage done. But I have certainly also seen specimens with broken propellers so I should probably not continue to tempt fate. 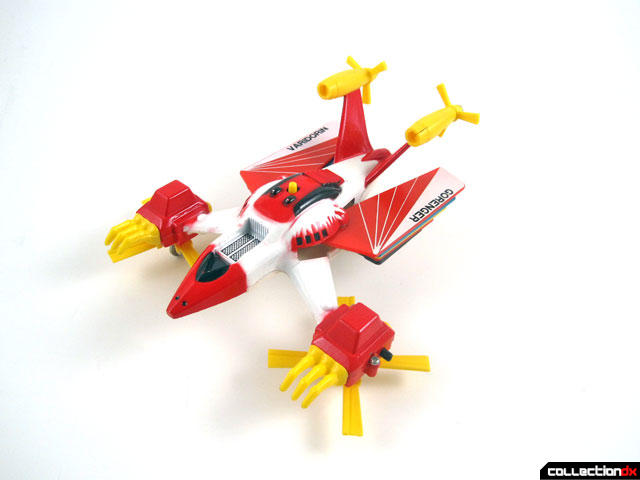 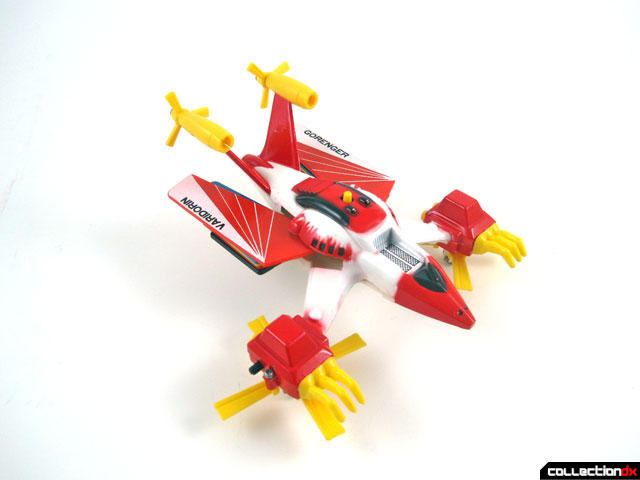 As always, the box (and lead in to this review) tells you what gimmicks are included but I'll do my best to illustrate them for you now anyway. The biggest feature is the extendable wings. Press the yellow button on the top of the plane and the wings fan out. I think it looks much more dynamic this way. 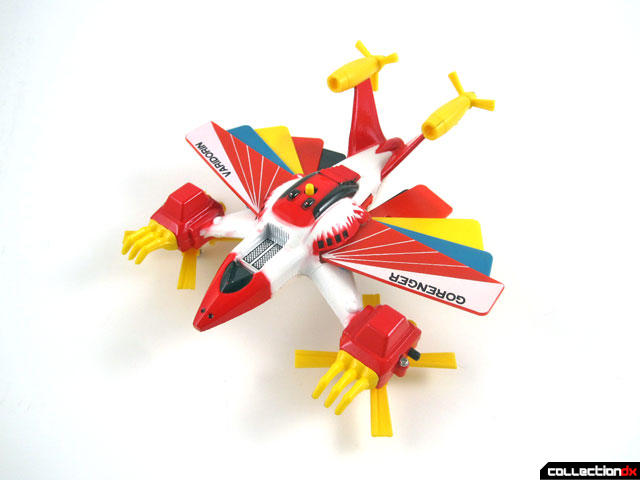 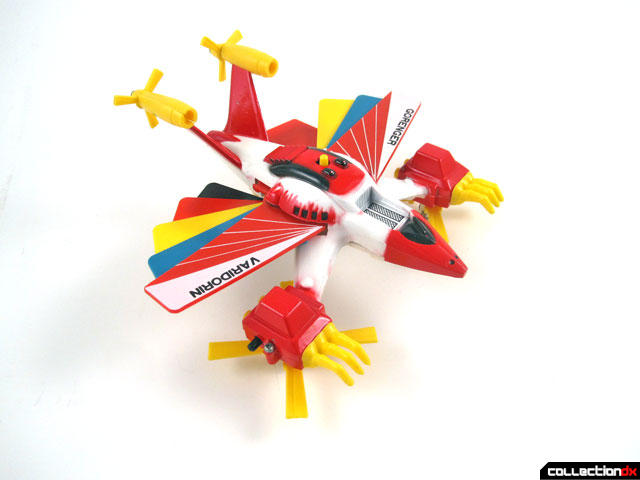 The other major gimmick is of course the firing feature. The plastic claws at the front of the vehicle shoot when you press the little black button on the side. All four propellers also spin, but you have to do it manually. 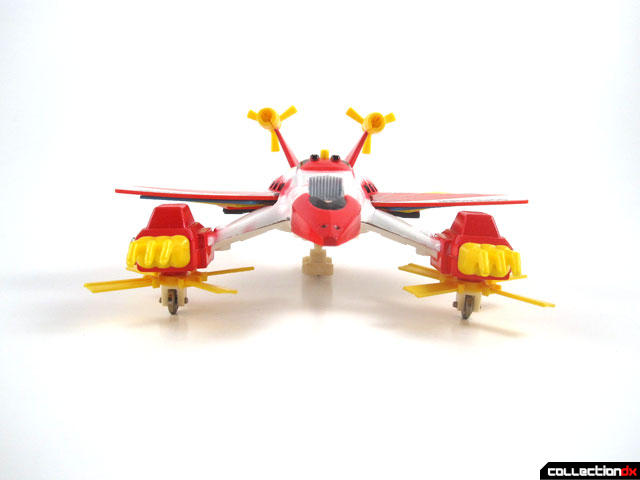 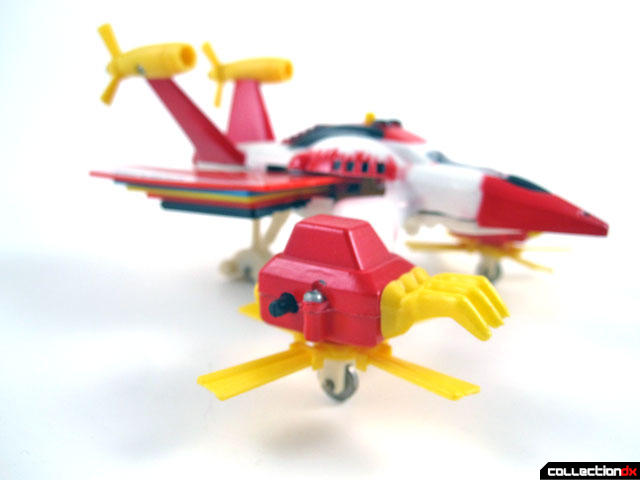 Notice that the original labeling from the Japanese PA-74 Popinica release remains intact with the original name. I'm sure this probably confused the hell out of American kids playing with it in the '70s. This is particularly odd that they left that there because the toy was changed for the American release in other, less important ways. For instance, the color of the wings was different on the Japanese release, with the final 2 wings being change from green and pink to red and black. The original color scheme likely represented each color ranger from the show. There are other color changes as well. Also, the propellers on the original were chrome and there was a small blue mini Varitank

that could exit when the "beak" split open. In fact, as usual it seems American kids got the shaft once again compared to the original Japanese toy. 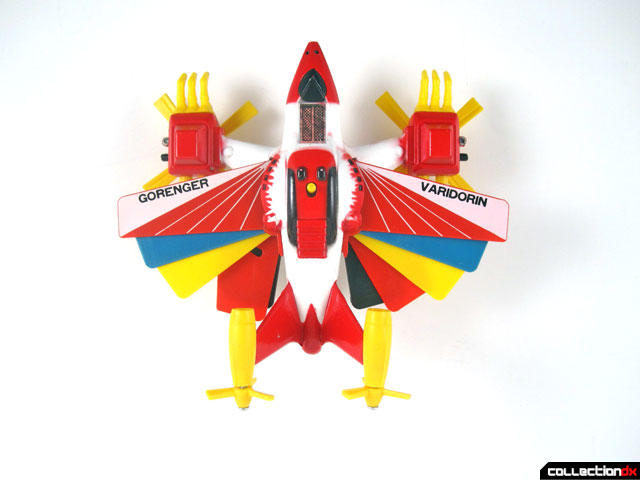 Well, at least we got that awesome Shogun box design. 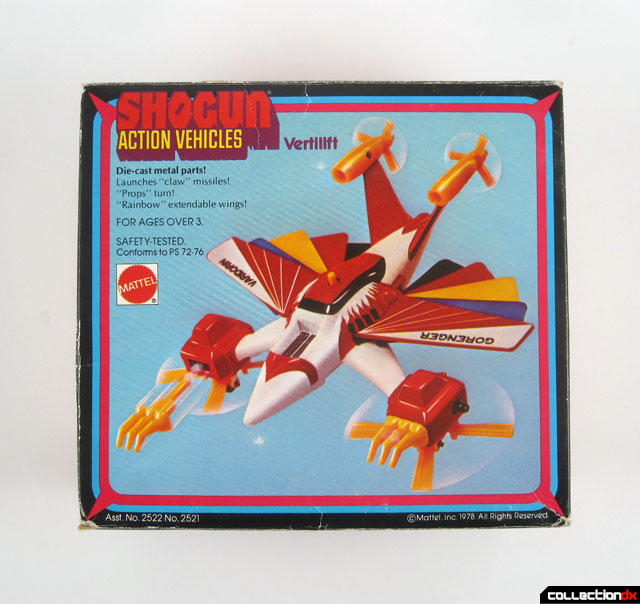 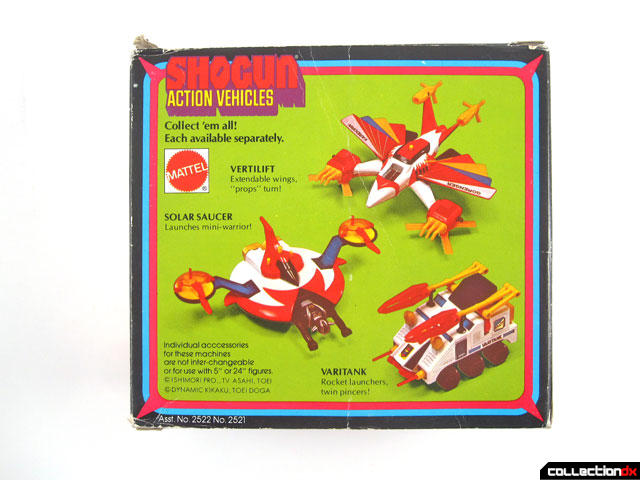 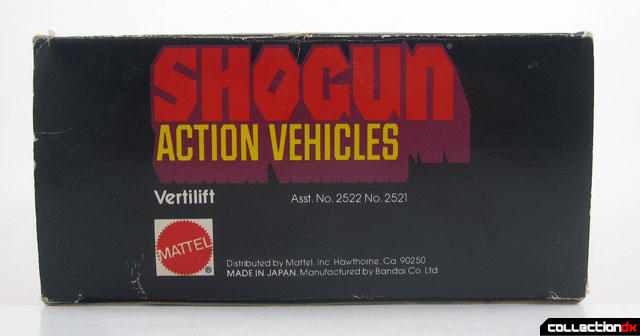 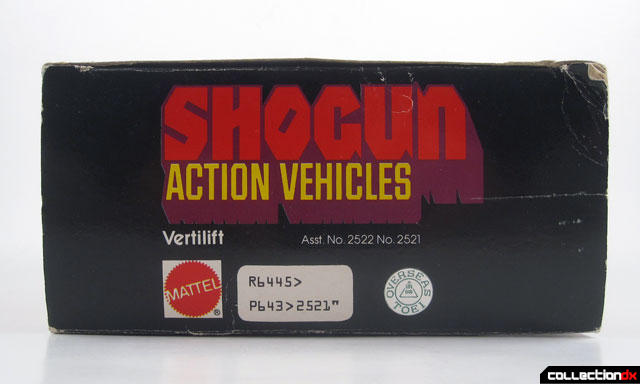 Both sides of the box are exactly the same. 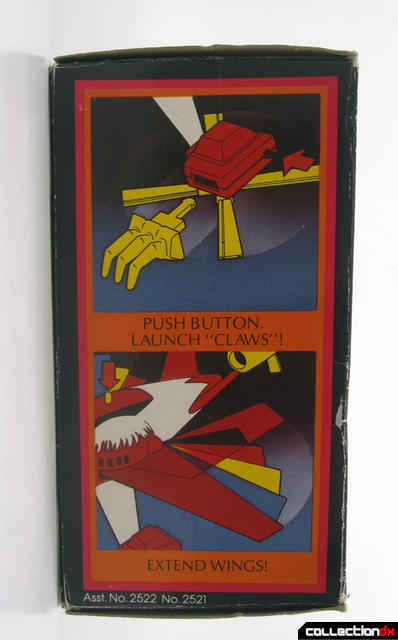 Wow, this is why these little toys are so cool! Even a seemingly simple toy, has some cool gimmicks, with more moving parts than expected.

I learned something new after all these years having one of these toys, about the 2 small wing colors being different from the Popy. I never noticed that!

The fanned out colorful wing feature makes this toy one that attracts attention, and pickups when on a display shelf.

That's why Dave is chronicling these things.