The penultimate piece in the U-Combine Shogun Combatra Vehicle line is number 4, the Battle Marine, which forms the legs of Combatra in the combined robot. As a vehicle, it has an odd look to it in my opinion. It's not quite as obvious that it's a part of a humanoid combiner as the Battle Clasher is but it still makes for an awkward looking vehicle. Again, I could imagine a similar looking vehicle being used in the Star Wars universe, but here the design feels constrained by the responsibility of becoming a part of a greater whole. 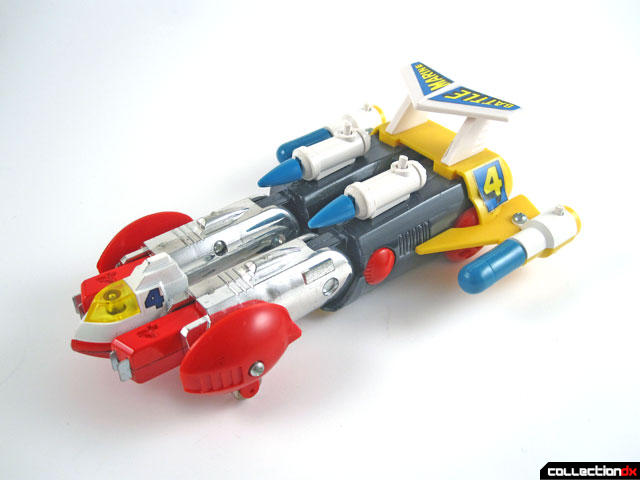 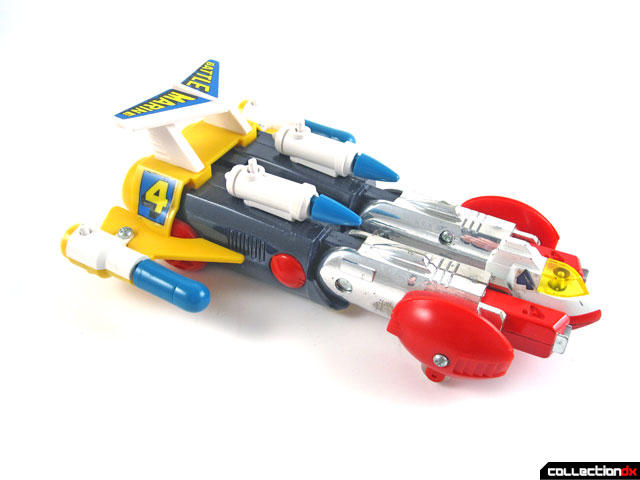 The Battle Marine is also like the Battle Clasher in that it's significantly bigger than the other vehicles in the line. About half of the ship is die-cast metal. Die-cast parts include the dark blue and white and red around the cockpit. Also, notice in the picture below that the number 4 is actually molded into the red metal next to the cockpit. All the other places where a "4" is located is just a simple sticker. 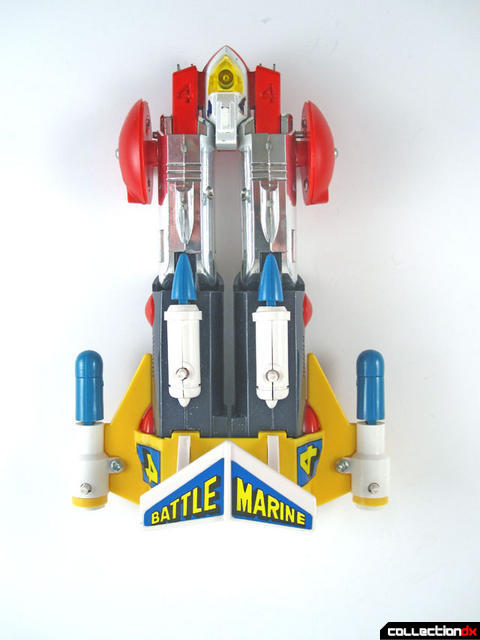 Speaking of the cockpit, instead of having a little figure of the pilot, Chizuru Nanbara, this one just has a little plastic peg that holds it in place. The vehicle is also armed with four separate missile launchers. 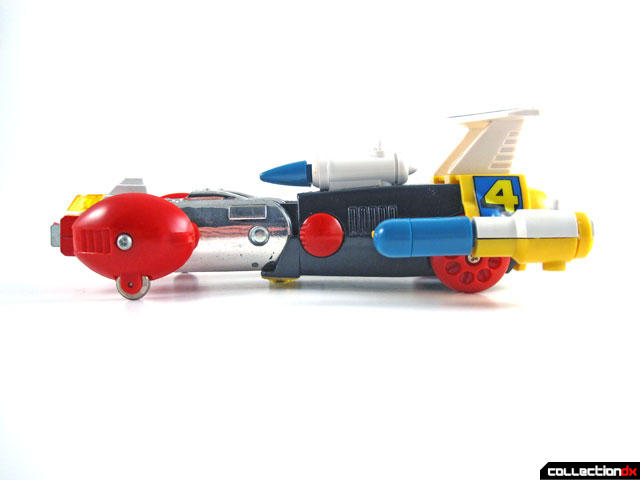 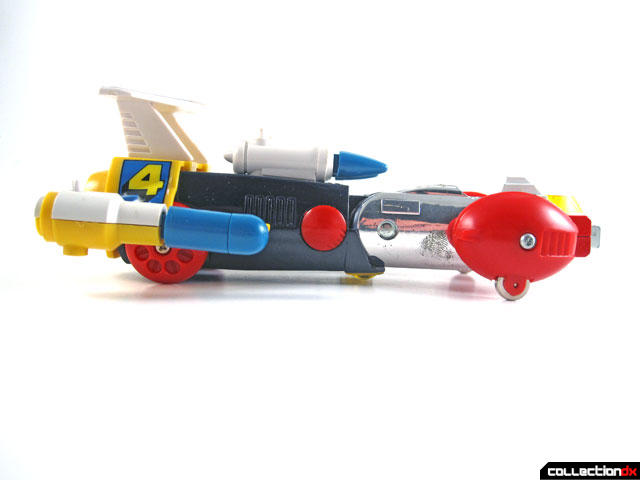 To prepare the Battle Marine to join the other vehicles and form Combatra, you need to remove the tail piece. This is done simply by lifting it out of the slots in the rear. There are no magnets involved this time. 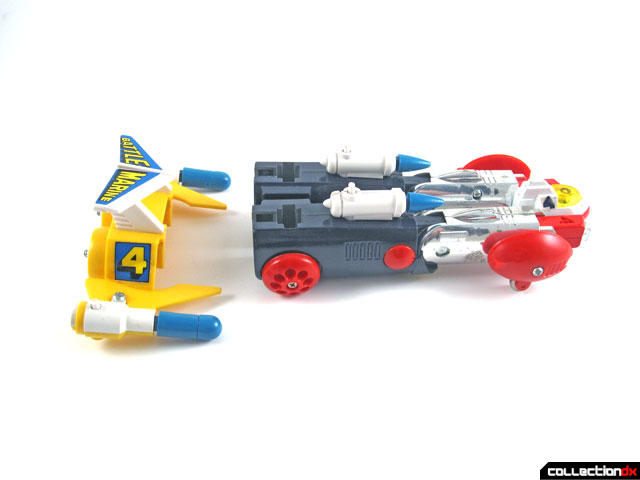 After that, you pull the red parts out slightly and turn them around so that you do not see the wheels on the front when the robot is completed. 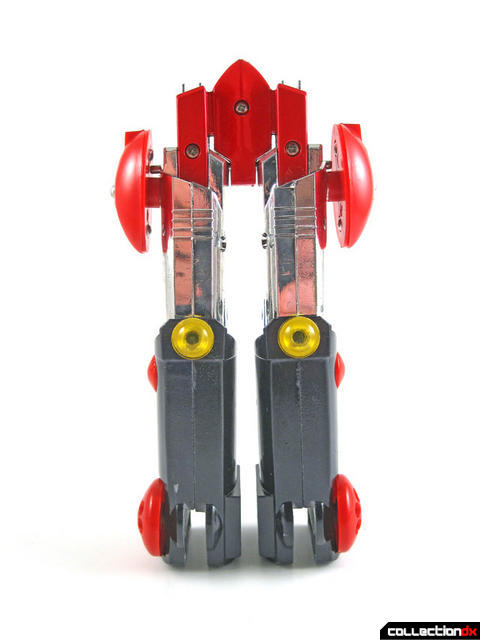 Lastly, the box has the same basic design as the others in the series. 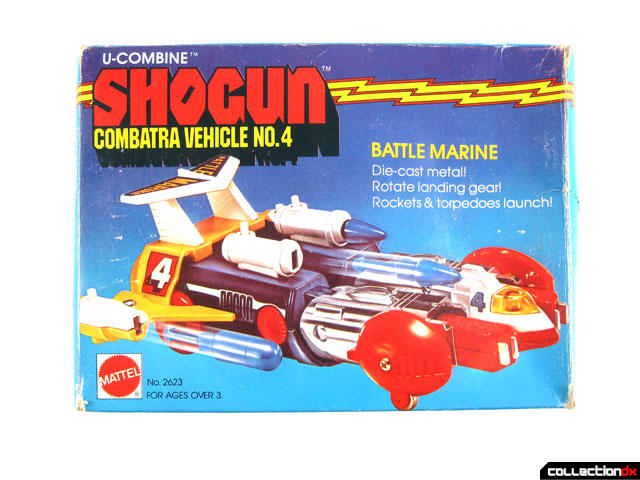 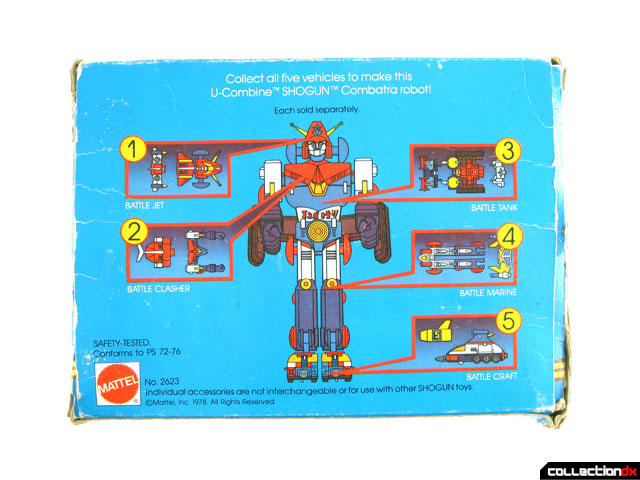 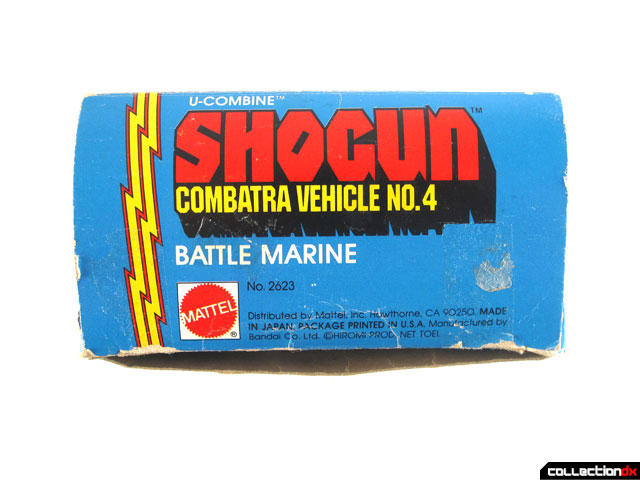 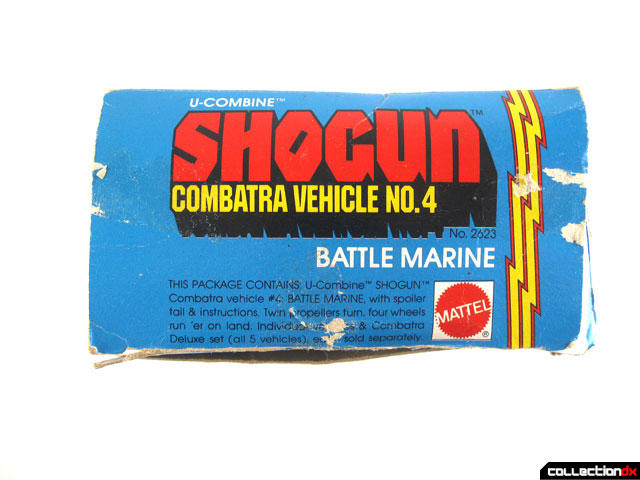 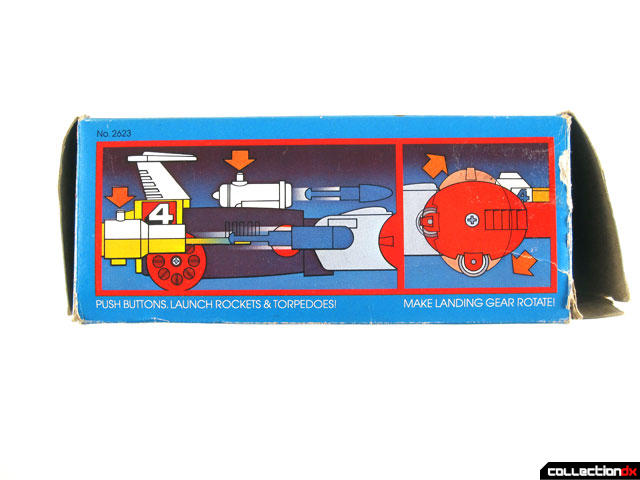 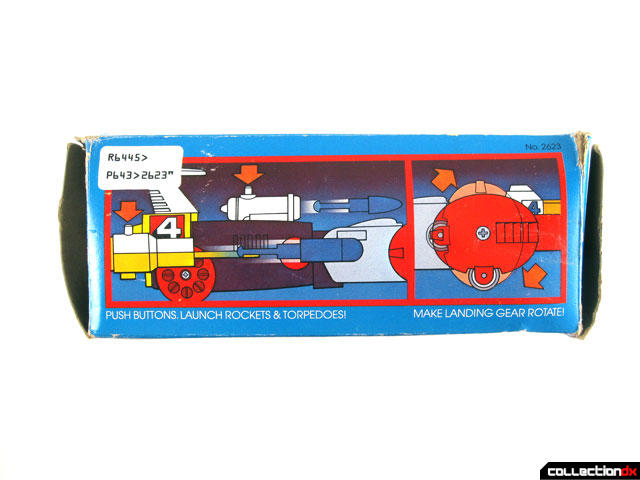