The third vehicle in the U-Combine Shogun Combatra series, and the first land vehicle, is the Battle Tank. The Battle Tank is a thick, imposing piece of machinery that is somewhat reminiscent of a construction vehicle, if construction vehicles fired missiles. (And they should, but I digress...) Like last time, we'll take a quick glance at the packaging before moving to the toy. 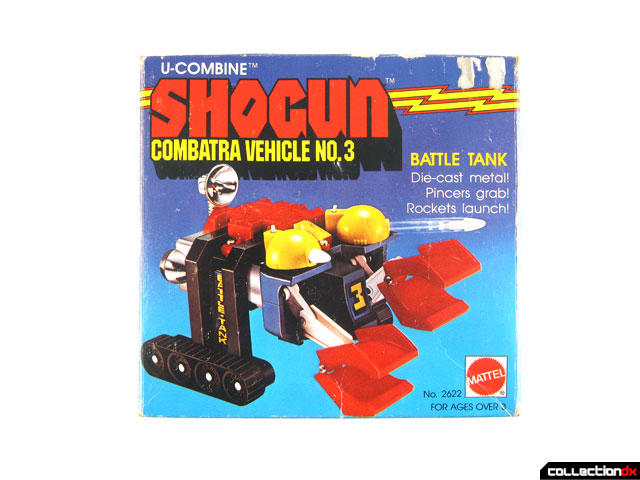 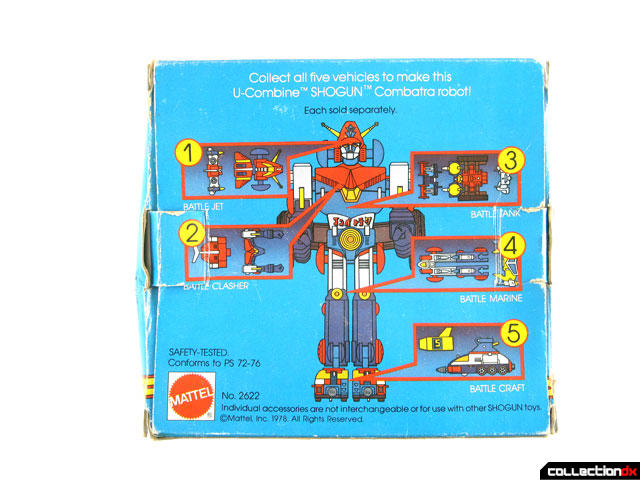 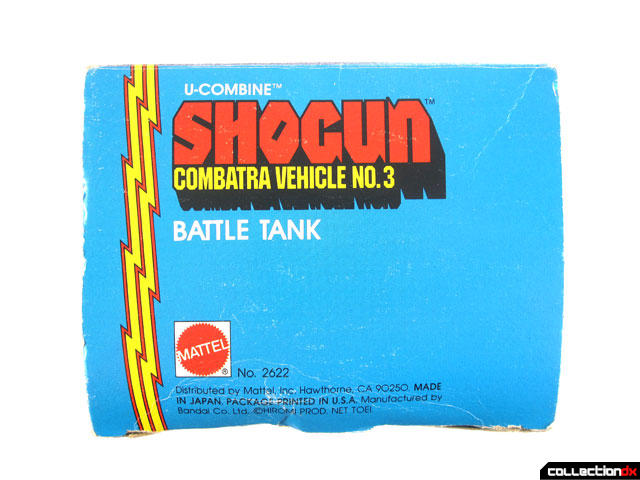 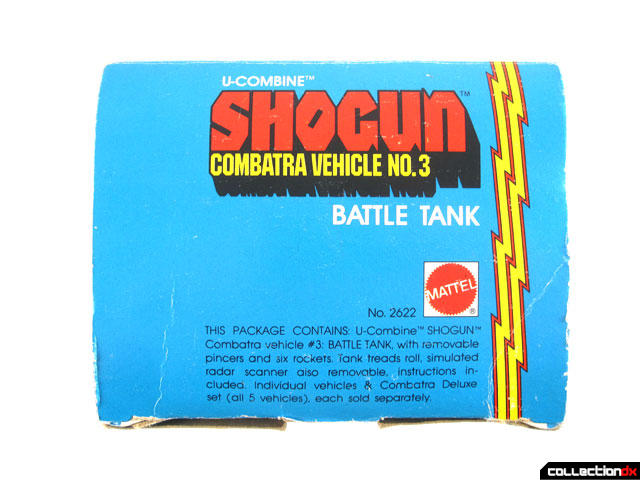 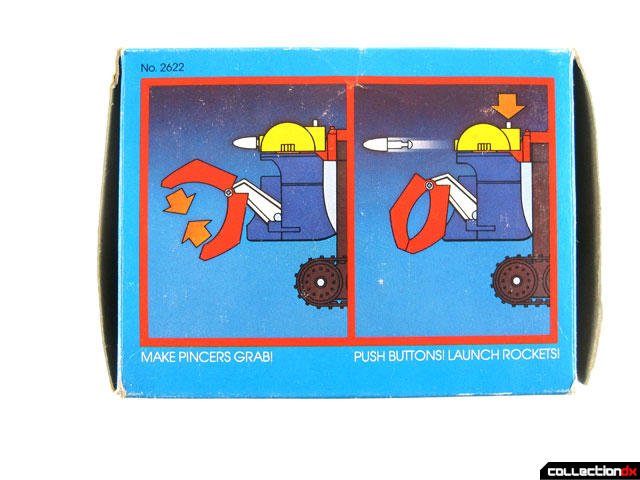 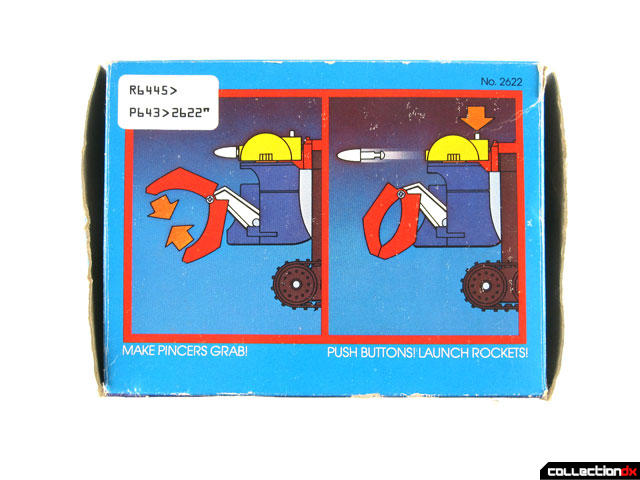 The toy itself has a heavy die-cast construction with more plastic appendages than previous entries in the line. Because of these appendages, it looks mostly plastic but picking it up immediately dispels that notion. It's got some very nice heft to it. 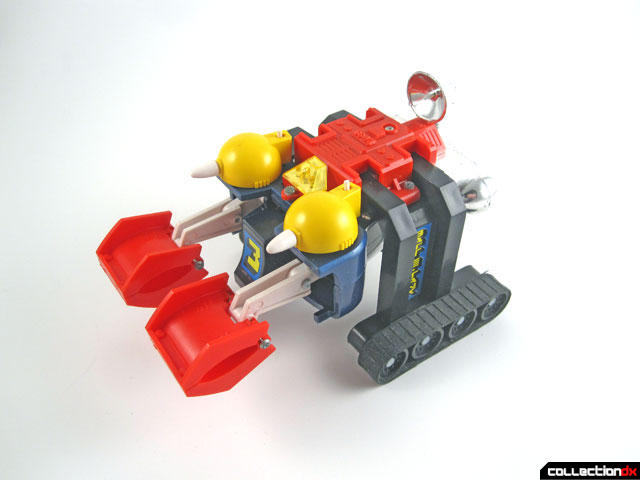 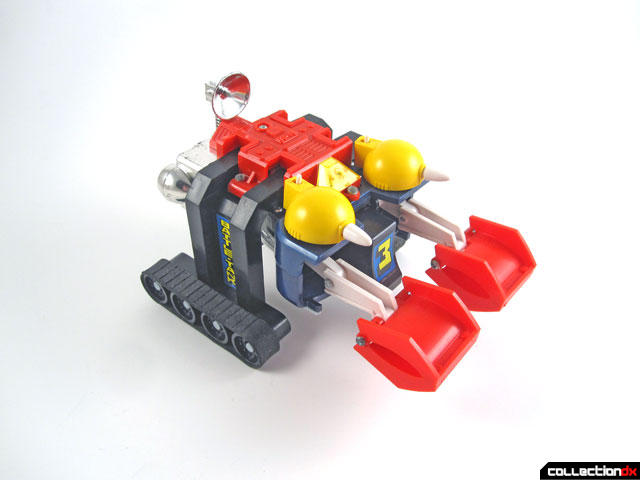 For gimmicks, the front pincers have a decent amount of articulation for what they are. There are 3 hinges on each arm and each bottom claw is on another one. Still, you don't get too much play because of the design of the housing. Certainly nowhere near as much as you get on the claws of the Shogun Action Vehicle Varitank. 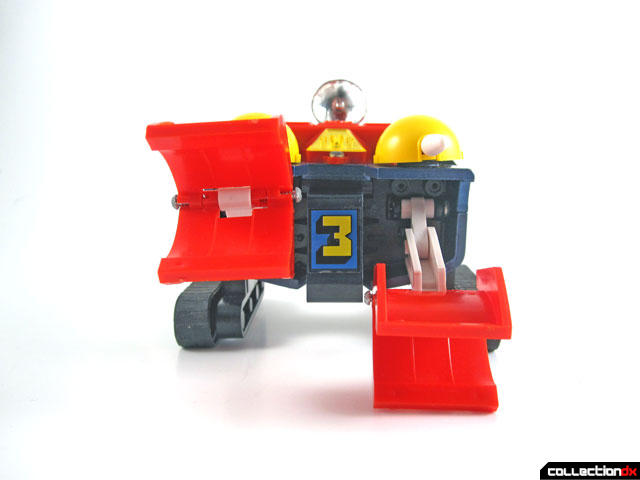 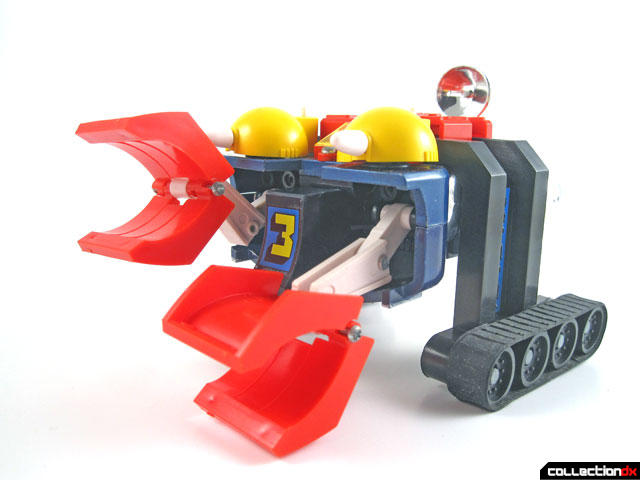 Next, the yellow domes can house and fire little white missiles at the touch of a button. They can also be turned something like 160 degrees. Lastly, each rubber tread is fully operational and the toy rolls along smoothly when pushed. 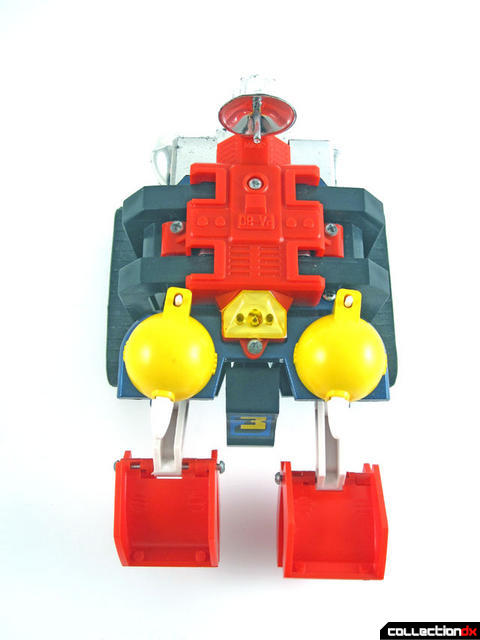 When forming Combatra, the Battle Tank becomes the core of the robot as the lower torso and pelvis. To do this, you must first jettison some of the unnecessary parts. These include the chrome exhaust and antenna at the rear as well as the claws on the front. Each simply slides right off when tugged gently. 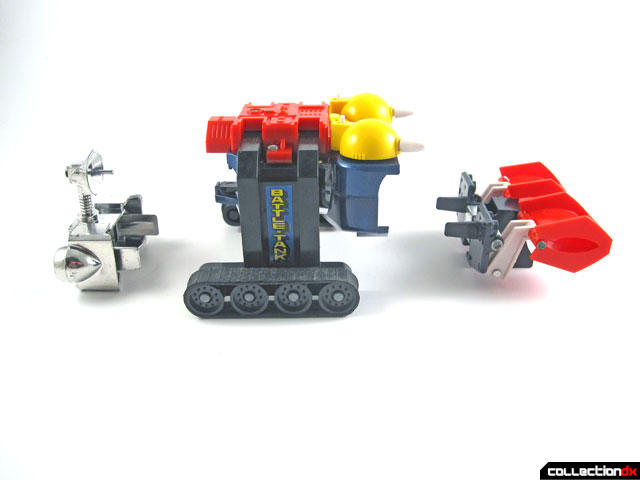 Lastly, slightly pull out the arms of the treads and swing them up and behind the robots back, at least as far as they'll go. Then you're ready to add this to the other pieces to complete the combination. 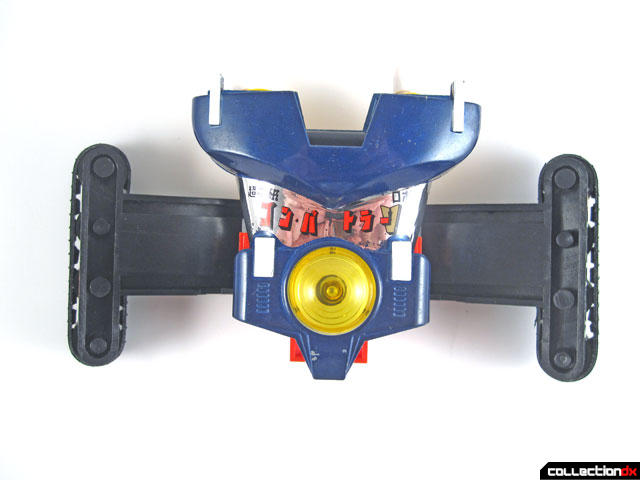 2 comments posted
Are those original treads? If

Are those original treads? If so, how are they holding up?

I do believe they are original. They were certainly sold to me as such and appear to be vintage. The other ones that I have seem to be looser and cleaner but so far neither shows any real wear. When I see you next, remind me to check out your repro ones. I'd love to see them to compare to mine. Needless to say, if I found out mine were fake I'd be livid but I don't think they are.