So far on the site we've seen several different types of Shogun toys. We've seen jumbos, die-cast warriors, action vehicles and even jigsaw puzzles. But yet another subset of toys that bore the Shogun brand was the U-Combine Shogun Combatra Vehicles and Deluxe Set. These toys were a re-branding of the Popy PA-78 through PA-82 toys and the Combine Box. Basically, these were the 5 vehicles that combine to form Combattler V sold individually as well as in a set. Under the Shogun label, the toys had basically the same names as their Japanese counterparts, except that the Popy "Battle Crasher" was called the "Battle Clasher" here. The names were as follows:

I'll be reviewing each one separately over the next several weeks, beginning of course with vehicle number 1, the Battle Jet. 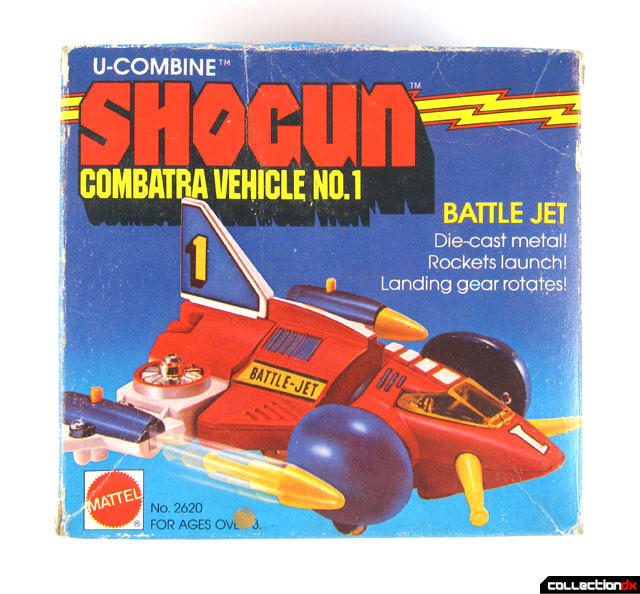 Battle Jet comes in a compact box that is approximately 5" x 5" x 2.5". The back of the box features a drawing of the completed robot after all five vehicles have been combined to form Combatra! 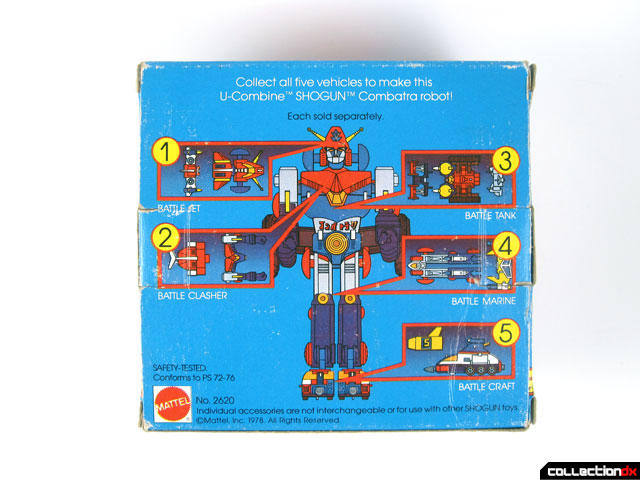 The top and bottom of the box, much like the Shogun Action Vehicle boxes, shows drawings that depict the vehicles' gimmicks, with one of those sides also having a white area for the case assortment number. In pictures, I had assumed that this white part was a sticker, but it's actually printed right on. 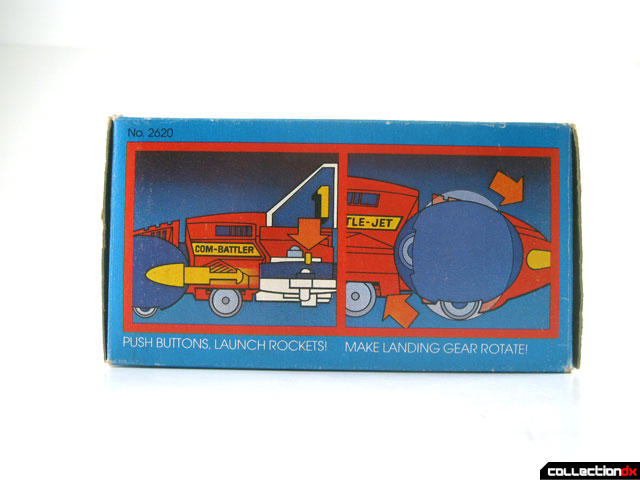 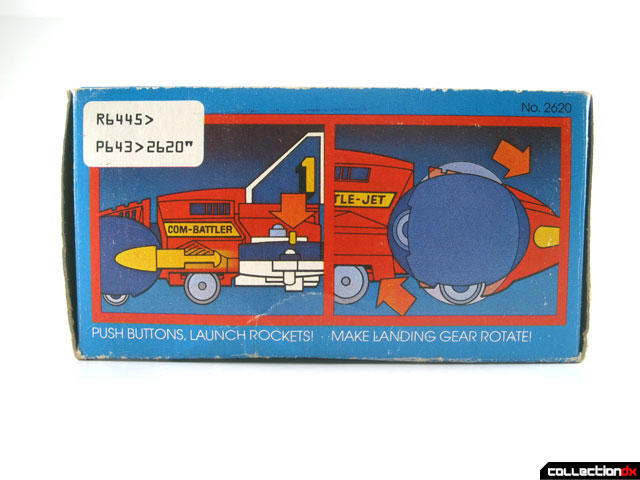 The sides are essentially the same, except that the red and yellow stripes are on different sides since that whole thing wraps around the box.

Inside the box, the vehicles sits in a styrofoam tray with the yellow missiles and instructions. The instructions that are included are from the Deluxe Set and shows all 5 vehicles and how they work and combine. I suppose it makes sense to save time and money by re-using this rather than creating all new instructions that really wouldn't be necessary. Plus, I suppose if you bought only one vehicle for a child, having the instructions showing all of the vehicles would get that child excited to get the remaining ones.

The toy itself will be used to form the head of Combattler V, but in jet mode it is a compact 4.5" in both length and width. The main body and head of the vehicle is primarily red painted die-cast metal. Only the blue and yellow parts, as well as the clear cockpit canopy, are plastic. The rear wing section is entirely plastic as well. 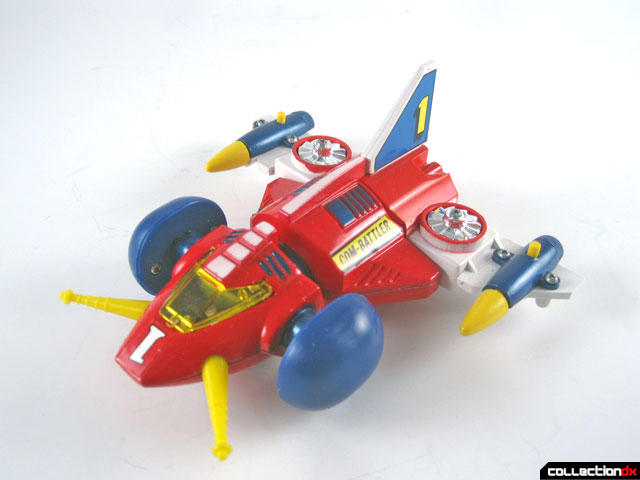 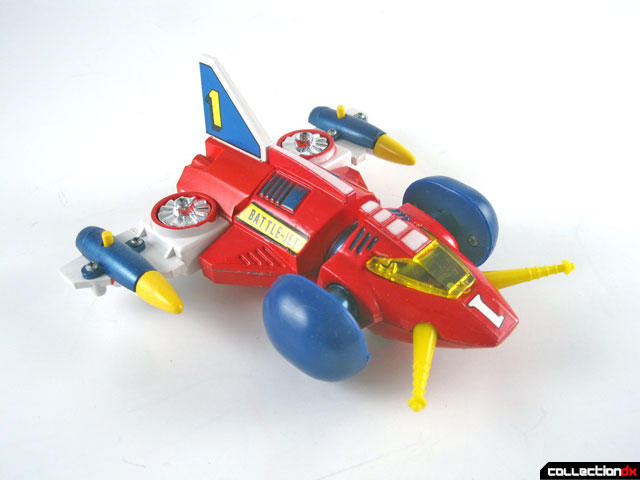 The aforementioned cockpit can be opened up and inside there is a small plastic representation of Hyouma Aoi, the pilot of the Battle Jet. However, this piece is super tiny and lacks any sort of detail that would make you even want to open the canopy to look at it. 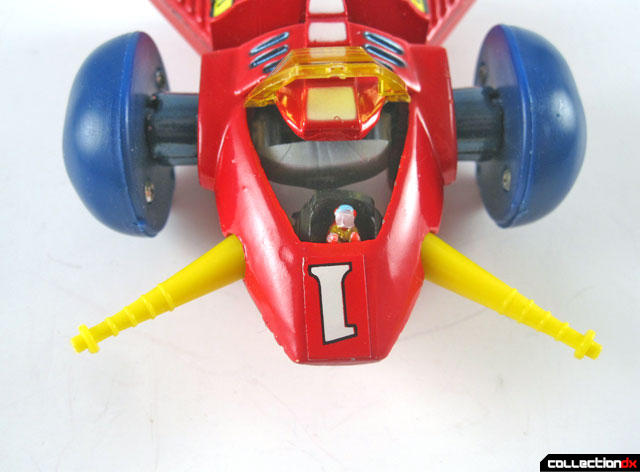 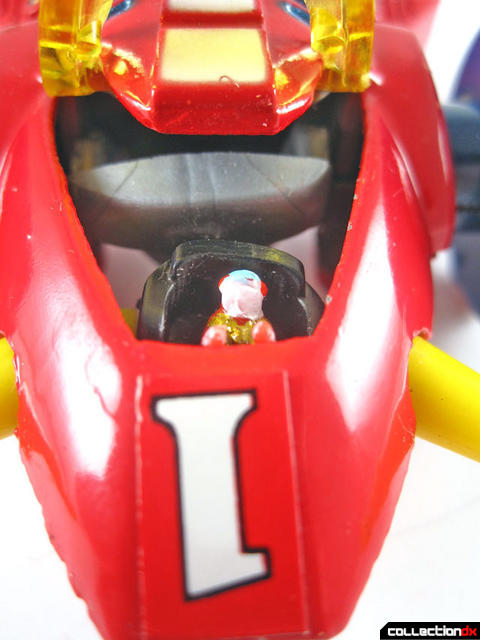 As with most Shogun Warrior toys, this one also features a firing missile gimmick. The yellow missiles on the wings launch via the small yellow tabs on the tops. Unfortunately, those chrome vents are just crying out to be functioning, spinning fans but they are not. 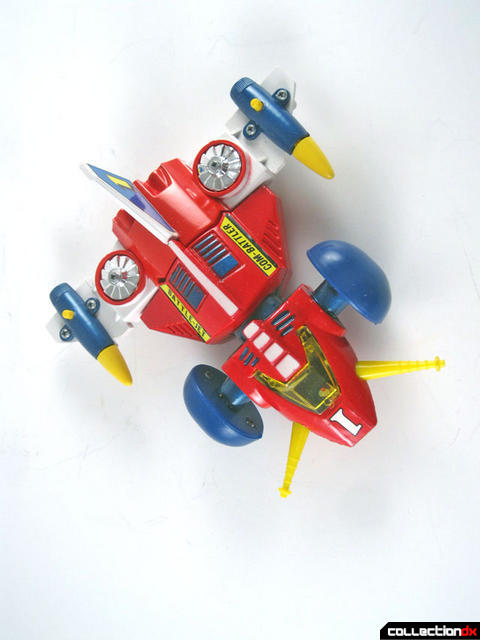 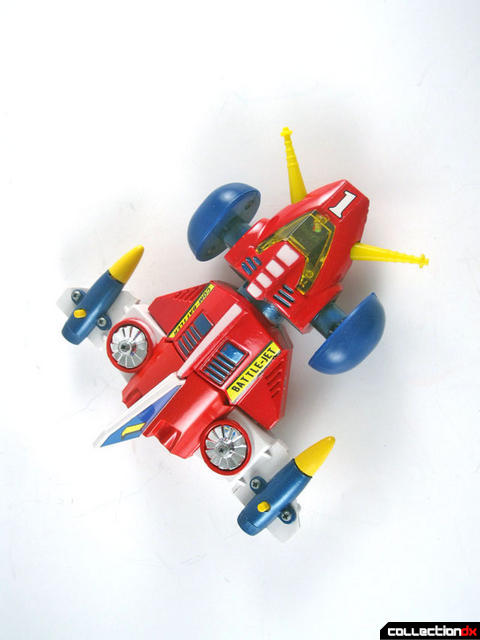 Before the Battle Jet can combine with the rest of the vehicles to form Combatra, you must remove the wings. That part can be simply slid away from the rest of the ship. It appears that there is a magnet inside to hold it in place, but even just friction seems to do the trick. 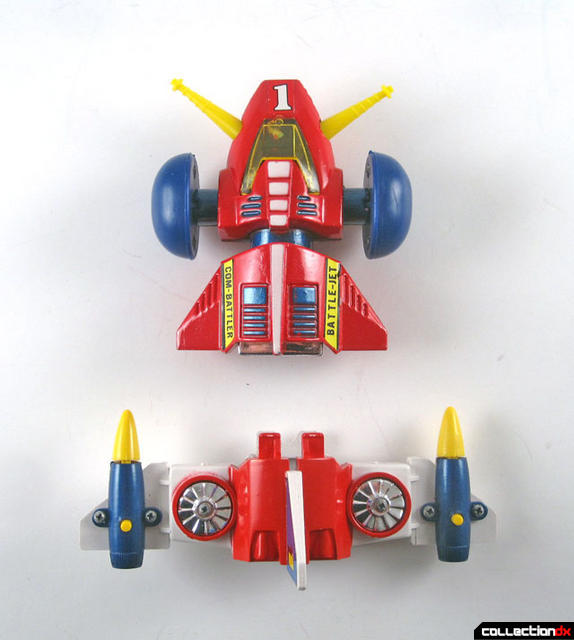 Once the rear piece is off, you're ready to form the head of Combattler. The blue pieces on the side of the head can be pulled slightly away from the head and turned around to hide the wheels and the face of Combattler, which is on a weighted hinge, lowers itself when the piece is upright. Fortunately/unfortunately, mine is a bit off kilter so I was able to get it to stay up for the photo op. 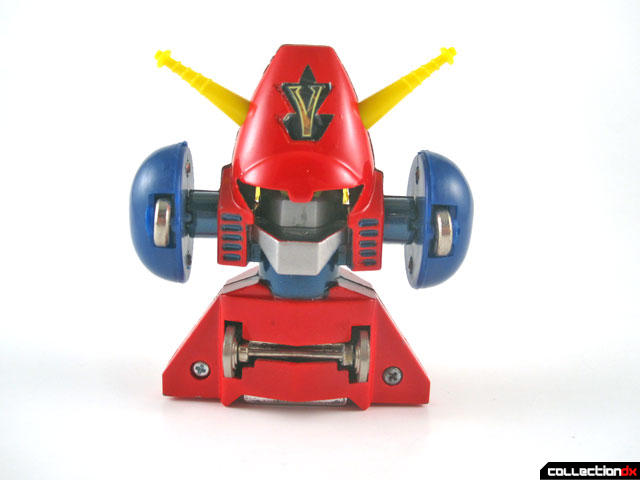 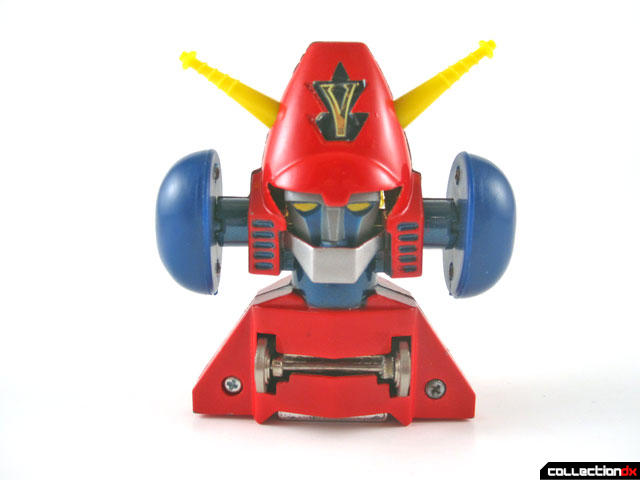 2 comments posted
Isn't this one of the few

Isn't this one of the few toys where you can see Combattler's lips? If you look down behind the faceplate I think he has a mouth and lips.

of course, it could be a dream I once had...

Yes, you are correct! I think I saw it but didn't pay it much attention.