Nessar is the fourth and final vehicle from Gaiking that appeared in the Shogun Action Vehicles line, following on the heels of Kargosaur, Bazoler and Kondar. 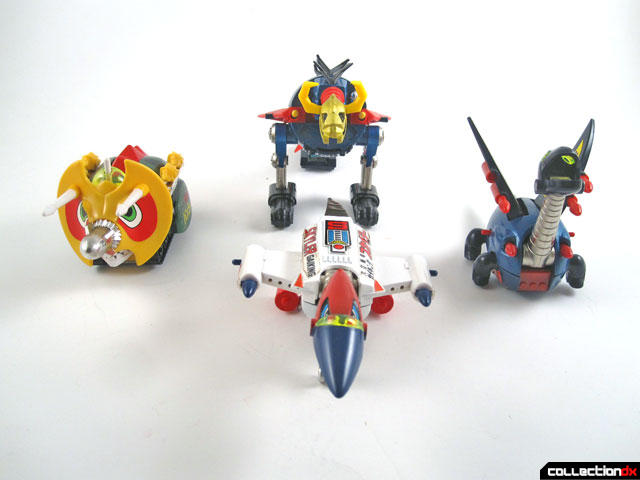 As the name and design would suggest, this vehicle is essentially the aqua specialist of the group and is inspired by the common image of the Loch Ness Monster. 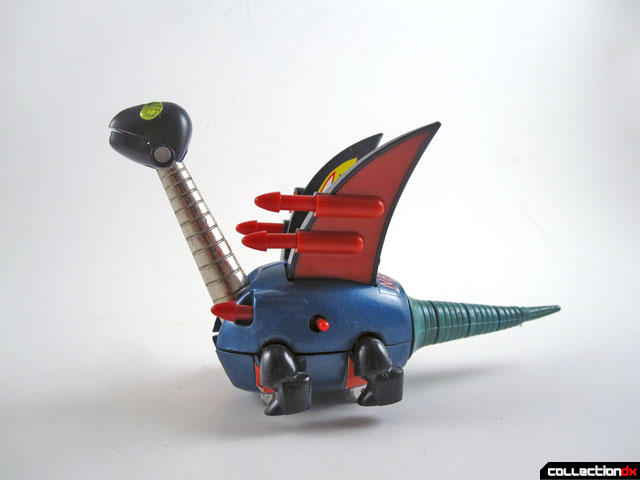 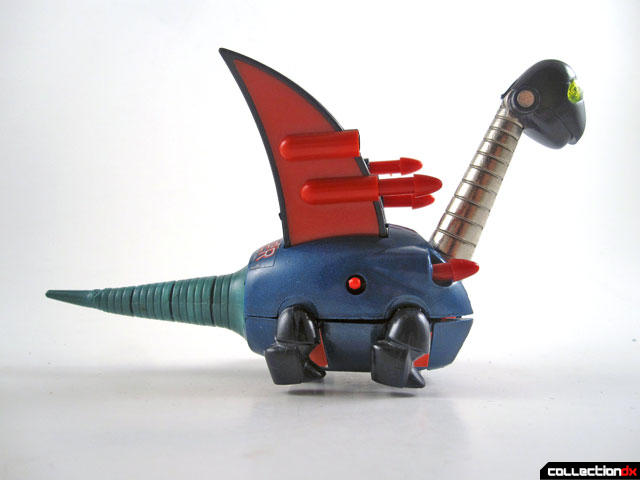 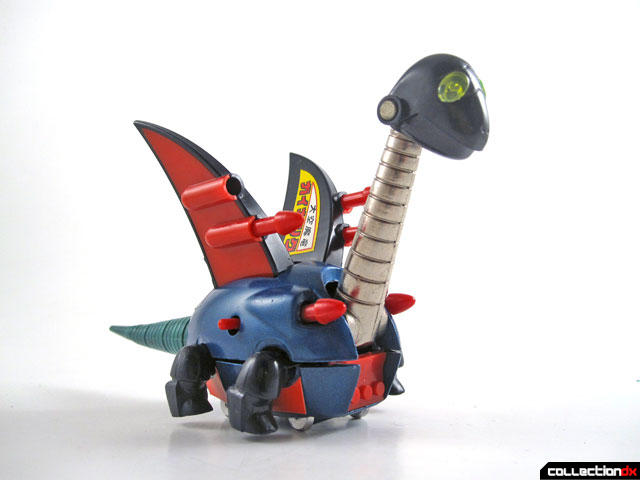 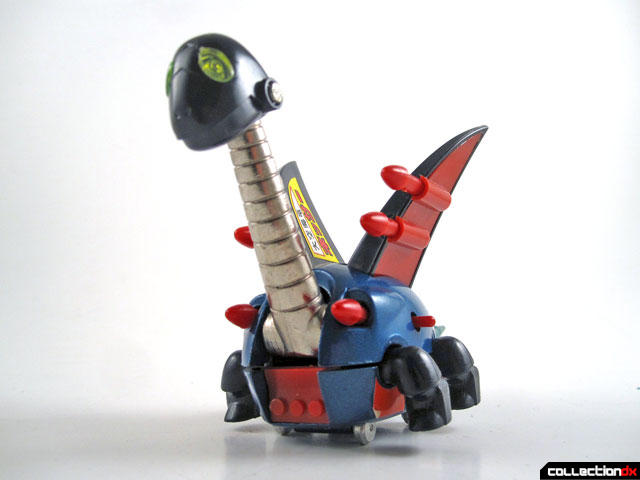 Like others in the line, it is a repackaging of a Japanese toy, namely the PA-86 from Popy's Popinica line. This particular entry appears to be the exact same toy, only in a new box for the domestic market.

Nessar's jaw, and indeed entire head, is on a hinge so that you can position both. However, at least on my specimen, they are both somewhat loose and depending on the angle the head might drop. 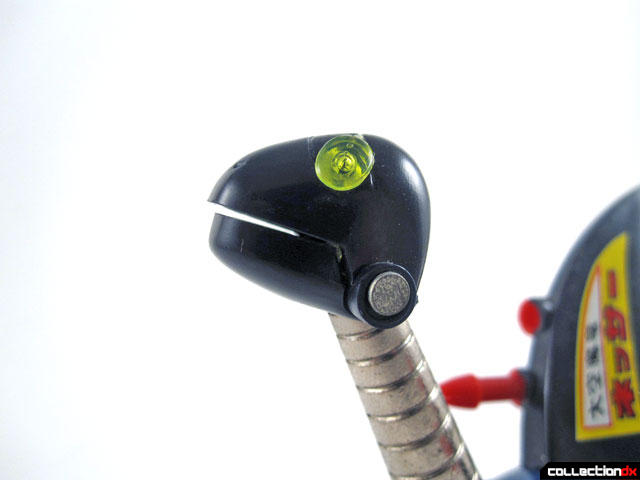 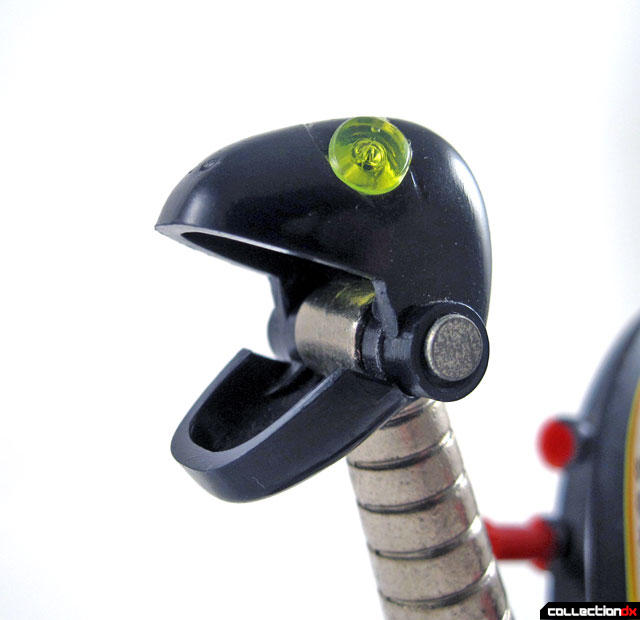 The bottom of the neck also has a hinge and again, this was loose on mine and from what I'm told, pretty much all of them have the same issue. If the head wasn't pointing directly upward, the entire thing would fall forward. To try to rectify this, I took the toy apart and added the smallest washer I could find to help provide more friction. There wasn't enough room to get one on both sides so mine is slightly off-kilter, but it's hard to notice. 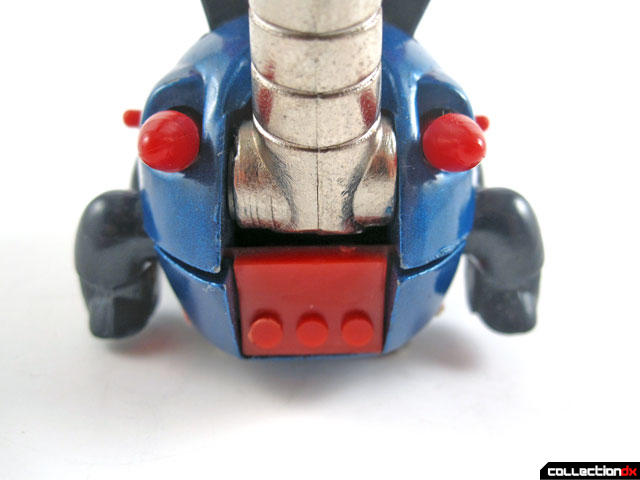 As Josh mentioned in his previous review, the tail is prone to breakage and mine was no exception in this regard either. While I had it apart, I had to glue the tail back together and very carefully put it back together. It re-broke on me probably about three times but now that it is together, it's holding and displays fine. 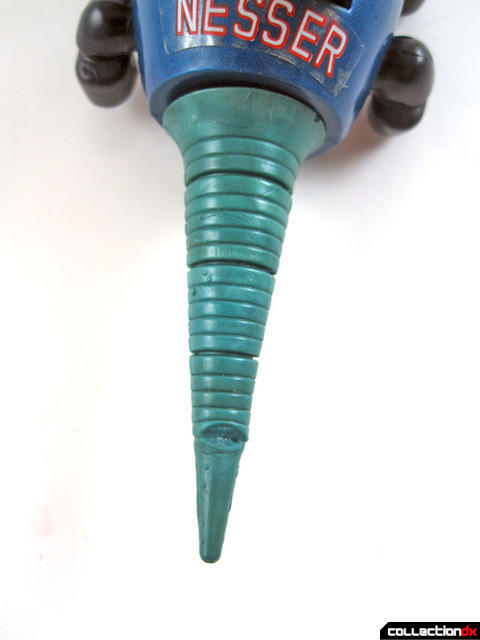 With the head pointed out straight forward, the toys measures about 7" long. The entire body and neck are die-cast, with the remaining parts plastic. Six missiles are included; two that are fired from the body and four more that can be stored on the wings. Mine was missing one missile when I got it, but I was lucky enough to be able to acquire one at the most recent Summit. 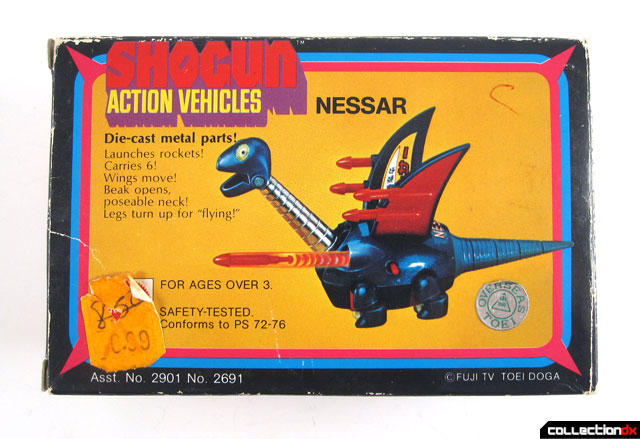 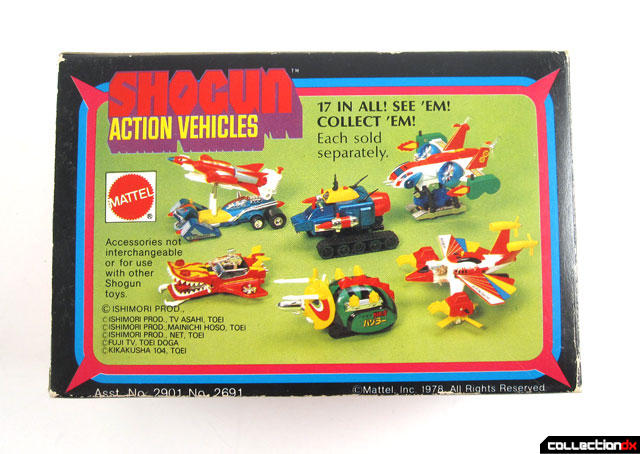 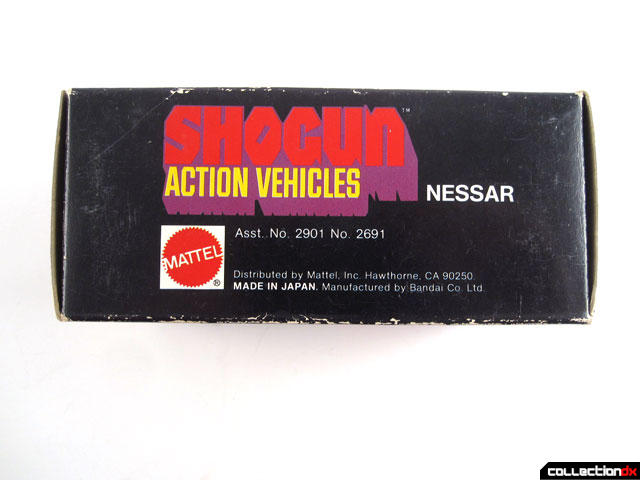 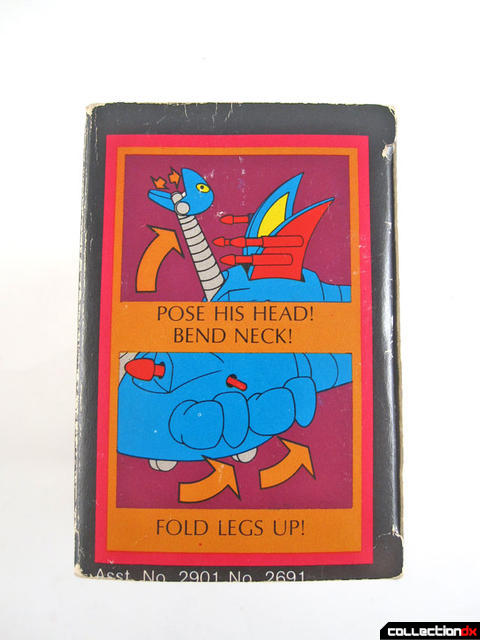 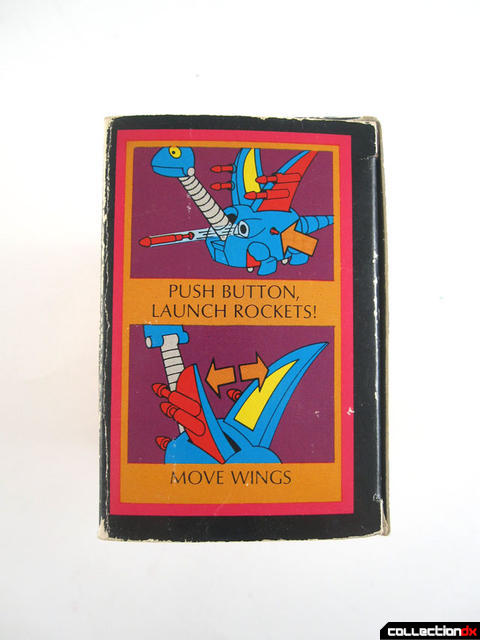 Although I feel like I may have painted a pretty ugly picture of this toy, I still really like it. It's an iconic vehicle from a show I enjoyed as a child and this specimen in particular was given to me as a gift. So it's got sentimental value and I am therefore biased.