Back in the late 70s, American toy maker Mattel struck a deal with Japanese toy maker Popy. Mattel got the rights to sell a bunch of Popy  Chogokin and Jumbo Machinder figures under the Shogun Warriors line. In addition to the toys that became the Shogun Warriors, Mattel also had the Godzilla license. 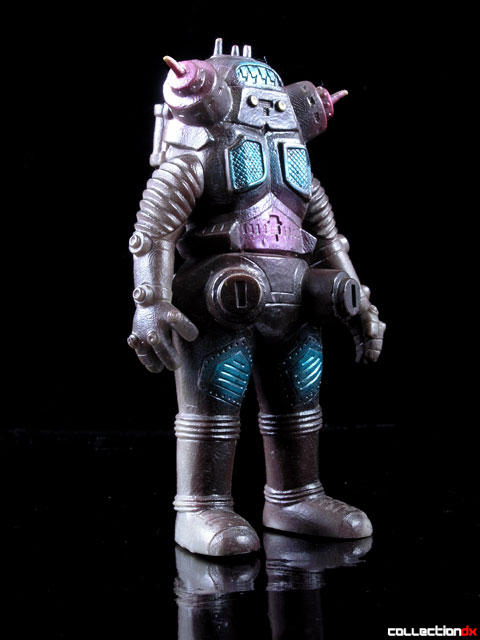 Mattel once again looked to Popy for toys to add to their new line of Godzilla toys. This line would be known as Godzilla’s Gang. These toys were taken from Popy’s series of standard soft vinyl (or Sofubi) figures. Of course, Godzilla was included in the line, but in an odd move, the rest of the series consisted of Ultraman villains! These figures were made by Popy in Taiwan, not Japan. 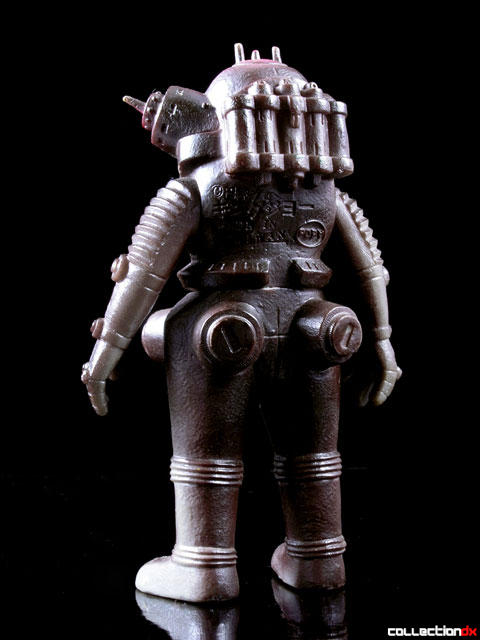 King Joe (キングジョー) is one of the Ultraman Sofubi to end up sold in the US as part of Godzilla’s Gang. These toys were individually bagged and came with a header card that listed all of the figures in the line. At the time, these sold for about 99 cents each! 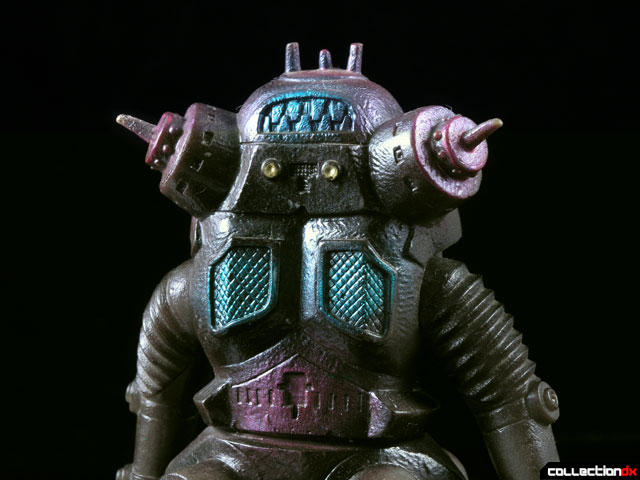 The figure itself is nice. King Joe is molded out of a purple-brown vinyl and is highlighted with sprays of silver, blue and light purple. The figure is articulated at the waist and arms. 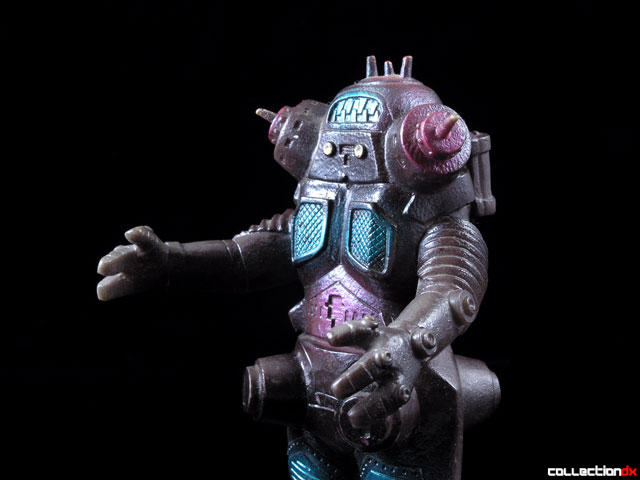 One thing to note is that this figure is often found with its antenna broken.

1 comment posted
WOW! I had this guy when I

WOW! I had this guy when I was a kid! My mom bought it for me back in the late 70's from a TG&Y store in Manning, SC. This review brought back some great memories! Thanks for posting it!