Jet Car is the Mattel version of the Popy PA-17 Popynica Raijin Go and is one of the more popular entries in the line. I never really gave it a second thought until I got one a few months ago but now that I have it on my shelf, it really does stand out. Furthermore, it's a sentient flying car with with teeth and claws. What more could you desire in a vehicle? 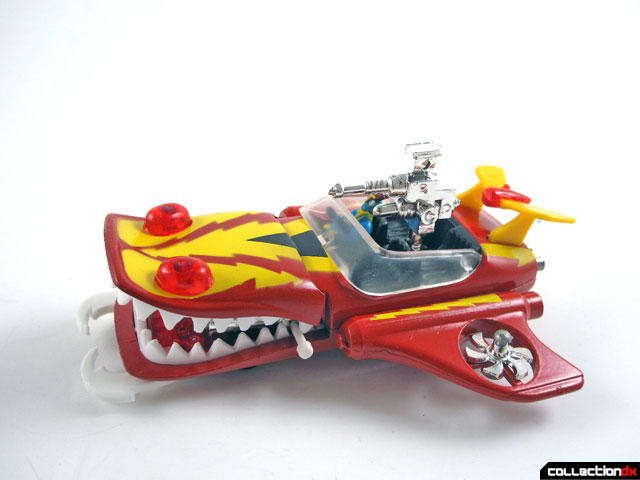 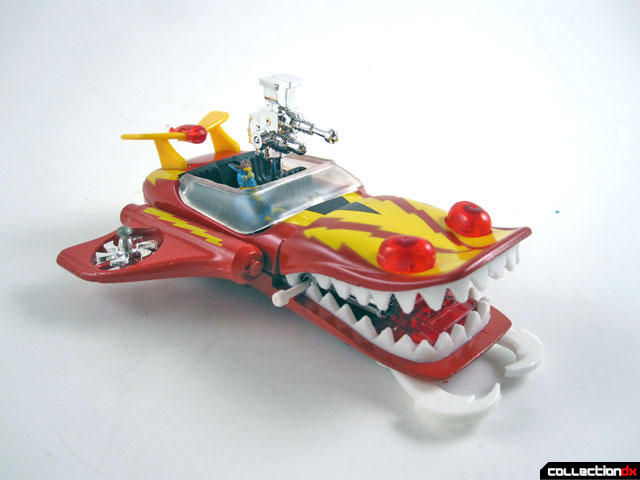 This toy also packs a lot into a small package. The overwhelming majority of the toy is die-cast metal, but there are also chrome and clear parts as well. And unlike every other vehicle in the Shogun Action Vehicle line, this one actually features a pilot, as a mini Inazuman is molded into place in the driver's seat. 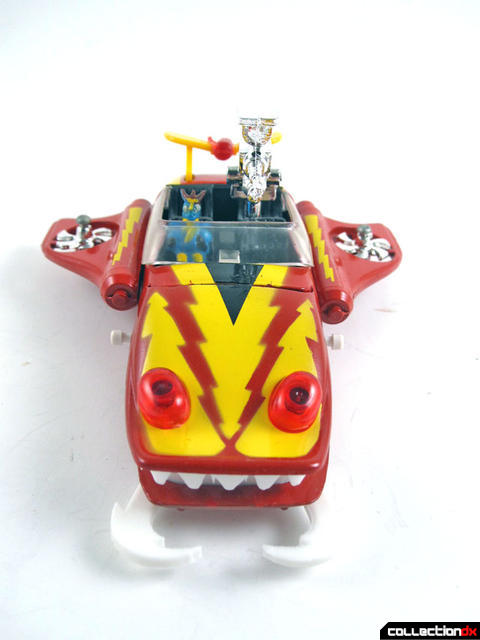 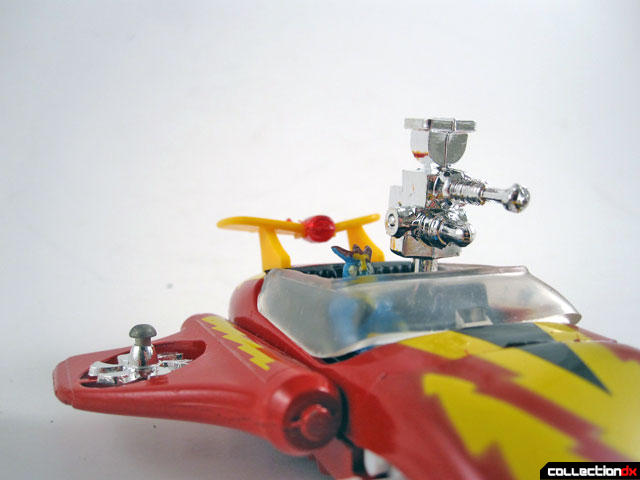 Inazuman has a passenger as well, in the form of a huge cannon! 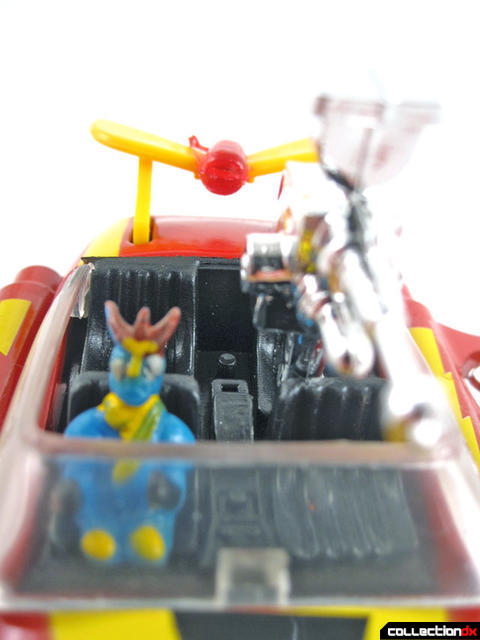 When that does inflict as much damage as necessary, the jaws of the ship open up to reveal a double missile launcher. 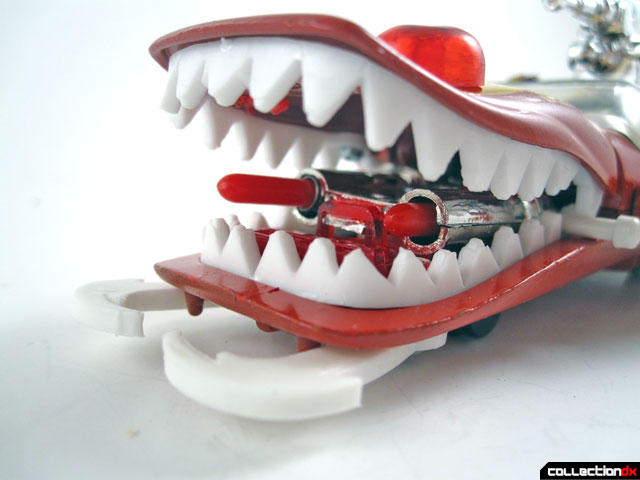 The wings can rotate so that they point upwards. 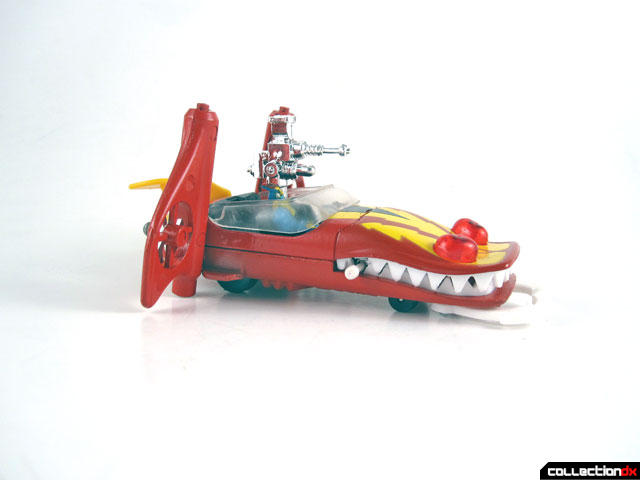 It is advertised that the "claws grip" which would seem to suggest that the parts apply some sort of pressure but they do not. You have to simply squeeze them together around whatever it is you want to grab. If there is a weak point of the toy, it's probably this. 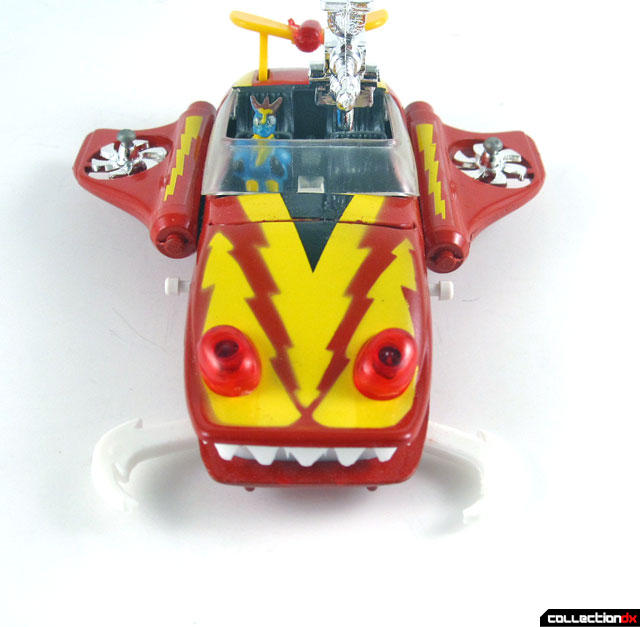 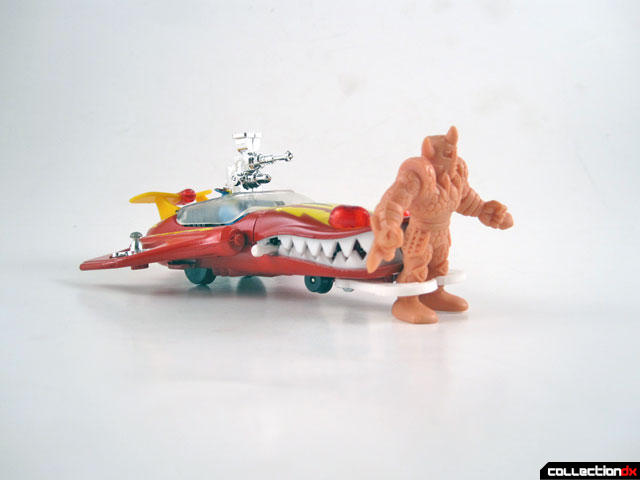 As I implied earlier, the toy is small and comes in a small box, measuring only 4.5" x 3.75" x 1.5". Since the box is small, the usual graphics depicting the gimmicks are on the back of the box rather than the sides and no other toys from the line are shown. 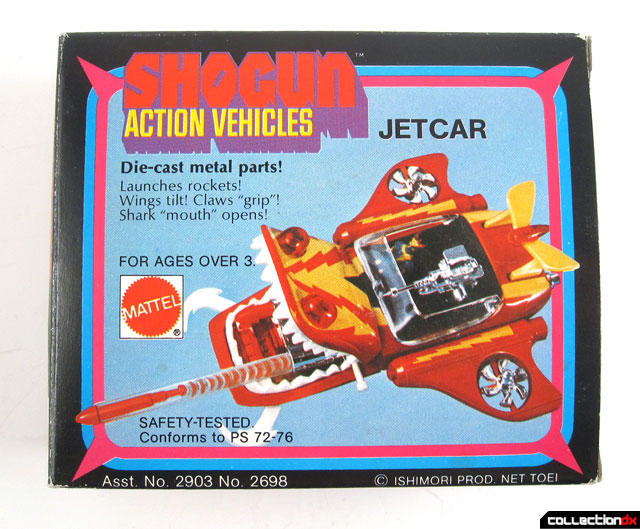 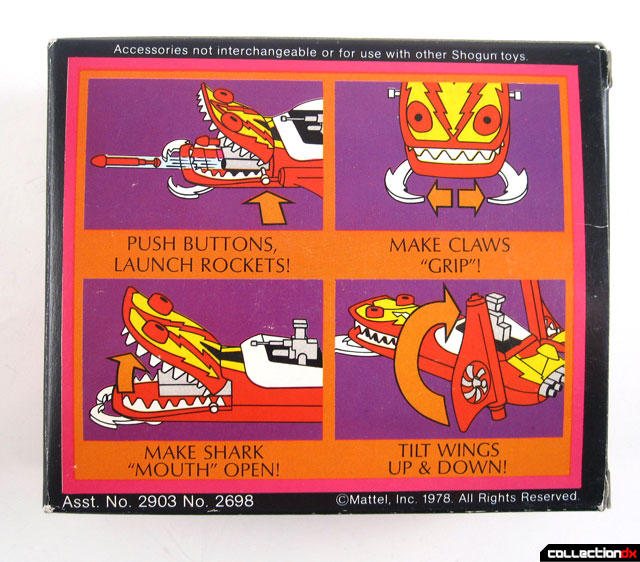 Nice use of the Akuma Shogun for scale.