The toy is one of several "Mantle Gokin" toys produced by Tomy. Haquas 1 & 2 split into separate vehicles, or they can combine into one vehicle by a magnemo connection. Haquas comes with two dinosaurs, a dimetrodon and a brontosaurus. Originally Haquas 1 had rubber treads, but they have disintegrated on this example. 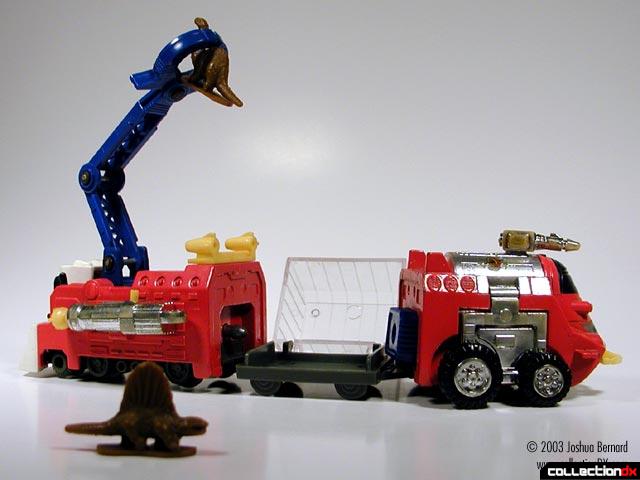 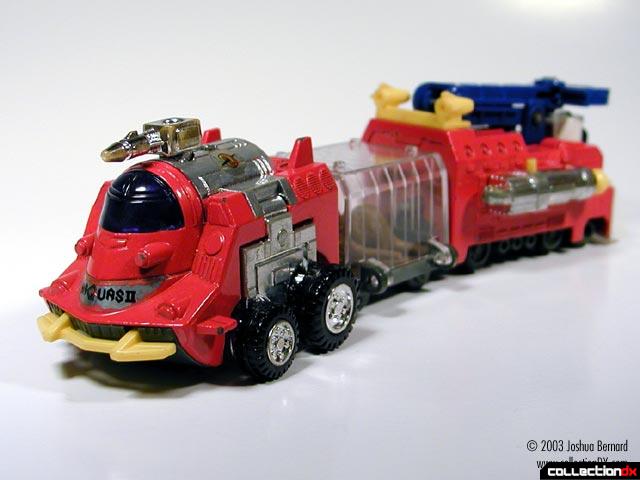 The claw on Haquas 1 extends and can grab dinosaurs with it's spring action claw. Haquas 1 also features 2 missile firing cannons, an extending hook, and 2 small black cannons that move up and down. 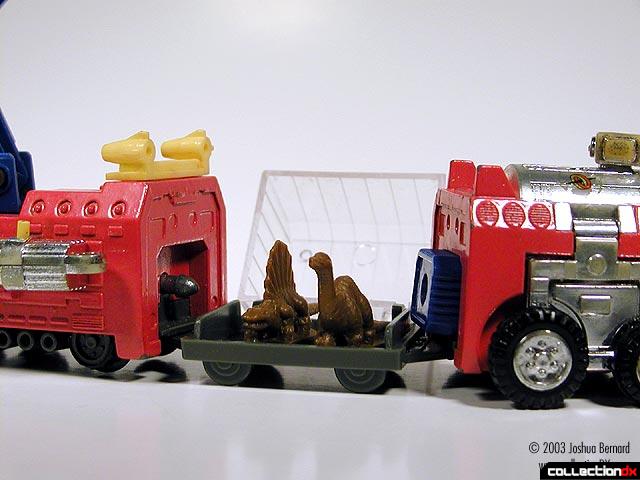 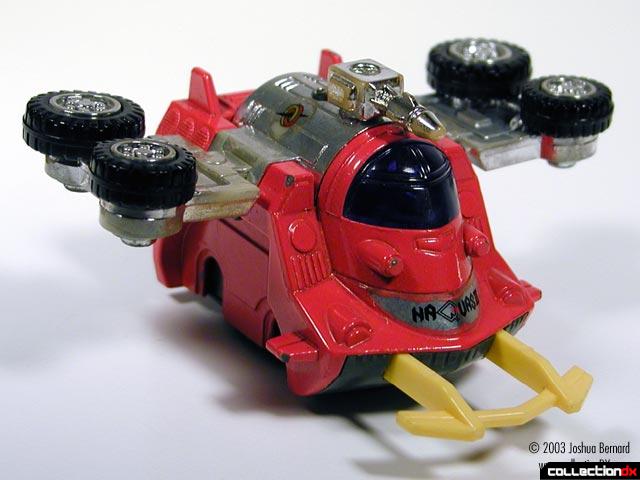 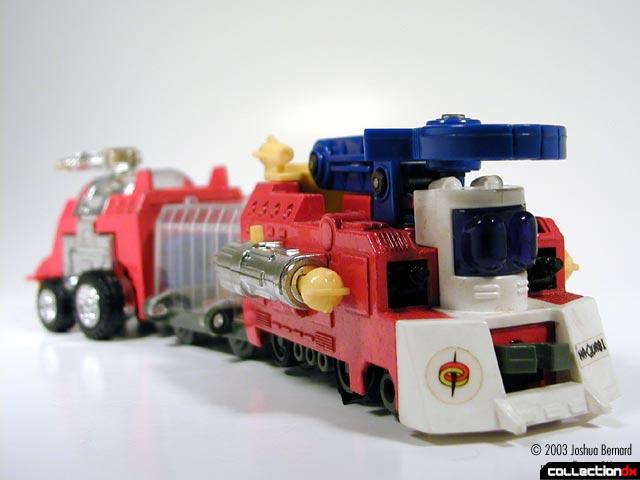 Haquas 2 has a neat little gimmick. When you rotate the cannon on top, the yellow bumper extends. Also, you can flip the wheels out to make a flight mode. 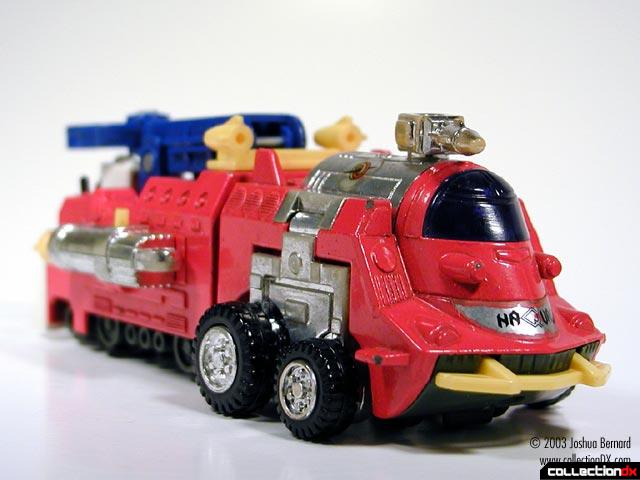 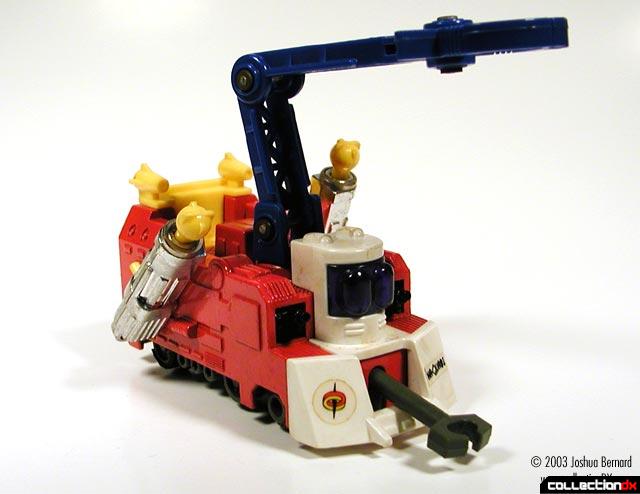 The clear dinosaur cage opens to put captured dinos in. You can connect it to Haquas 1 & 2 to make the full Haquas 1 & 2 go gattai set.

The box itself is a work of art, featuring full color paintings and cut away drawings.