You are looking at one of my personal holy grails, the GA-09 Black Raideen. As my Raideen collection inches toward completion, the remaining pieces become more elusive and more expensive. 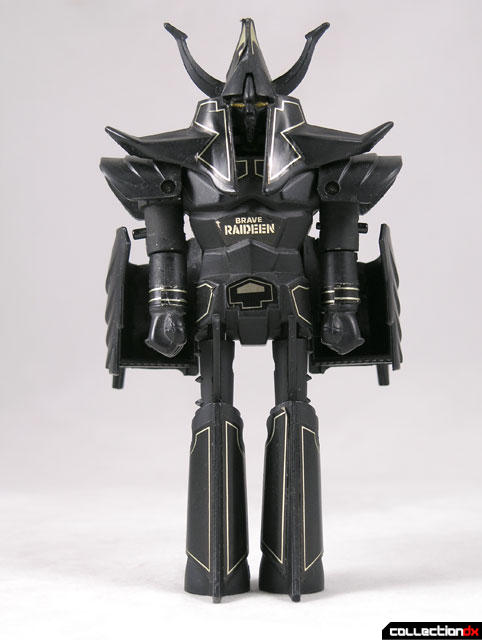 The prices have actually made me question whether or not I want to see this obsession through to completion. How can I justify spending thousands of dollars on what will essentially sit on a shelf? At the end of the day, what does it get me?

Fortunately, opportunities have arisen here and there that have allowed me to obtain some pieces that I thought were out of my reach. This toy comes from the collection of Ed Sanford, founder of Robot-Japan. Ed is a great guy and a good friend. We managed to work out a deal that finally landed the Black Raideen in my possession. 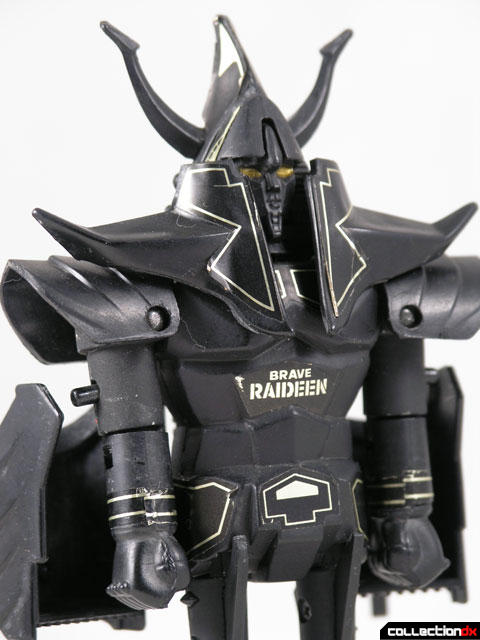 Ed had obtained this Raideen from a Japanese seller years ago. The story goes that he was part of a collection of an older man who had passed away. The room with his collection had been sealed for a year before the widow had begun selling his collection. When the figure arrived in America, it still had the dust on it from being locked up, and included a nice note from the widow about the toy. 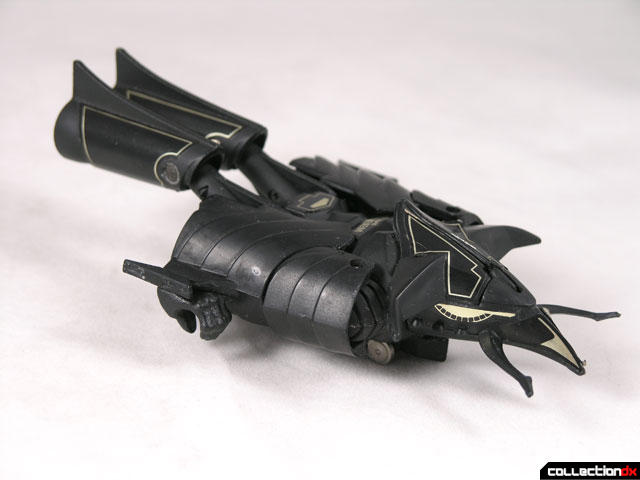 The Black Raideen was released by Popy three years after the release of the original GA-09. It marked a turning point in the Japanese Toy Industry – It was the first “Black version” toy. I’m not sure why Popy decided to make a black version. Perhaps they were looking for a way to get more revenue out of a mold? Maybe it was an attempt at targeting collectors? Whatever the reason, it started a trend that continues to this day.

The box is identical to the 2nd version Raideen box, aside from a black band printed around the front of the box that says “Deluxe Super Metal Black”. The figure is the same as the original, but all the plastic is cast in black and the metal is painted black. New decals with gold highlights have been added to the toy. 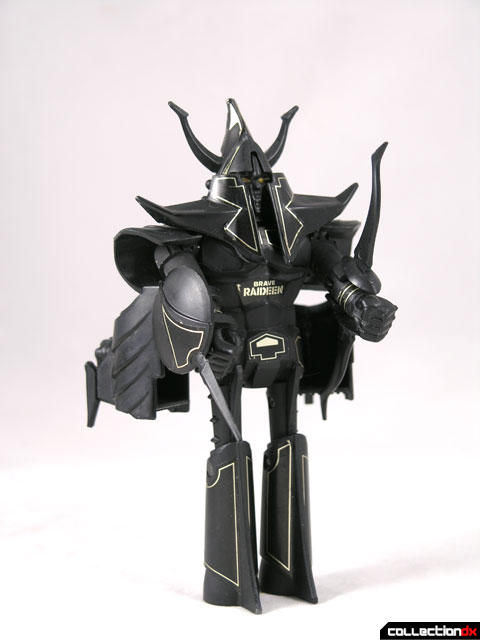 My black Raideen has lived a long life, and all things considering, it is in pretty good shape. I wish the old collector knew that his Black Raideen was in good hands. 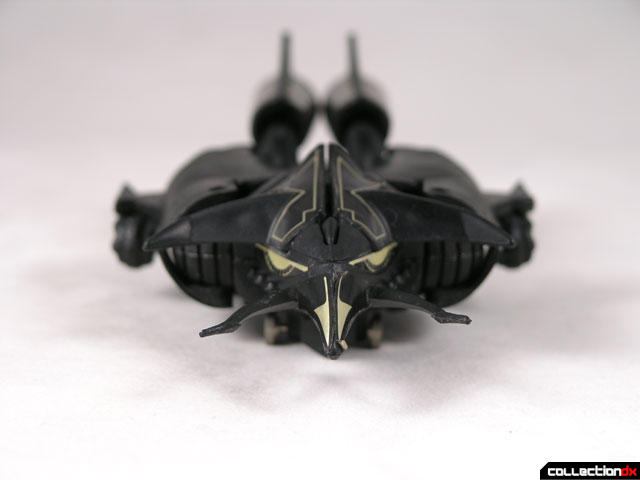 There was a reissue of the Black Raideen in 2000, but the molds were poor and it did not have the gold stickers. The box was entirely different as well.

Bandai created a Black Raideen as part of it’s THE Chogokin line. It was originally an exclusive to the Chogokin Expo in 2004, but was later released to mass markets.