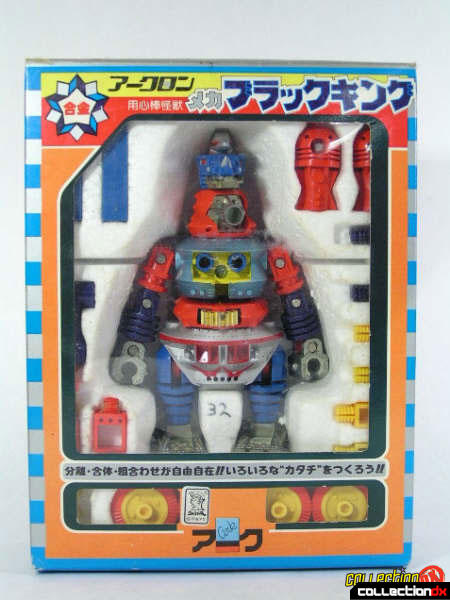 It's been quite a while since I had occasion to visit a toy store, and longer since I spent any money in one. But my girlfriend told me about a bunch of exotic toys from Japan that she had seen at Toy City, a large emporium not far from where I live. So I went over there. I found the small assortment of toy robots in their original Japanese boxes. It was odd. As soon as I saw this little robot-dinosaur thing I knew I had to have it. I picked it up and bought it on the spot. 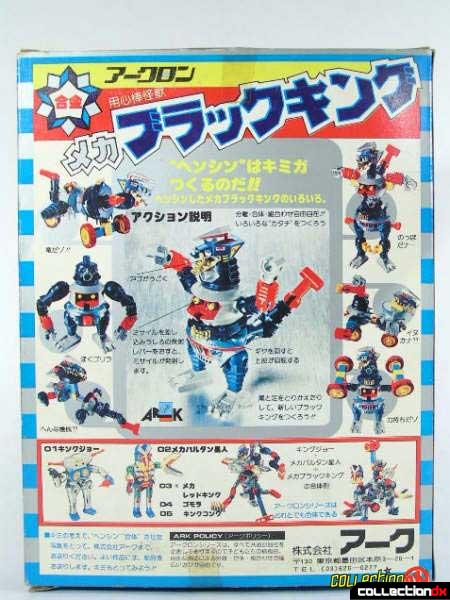 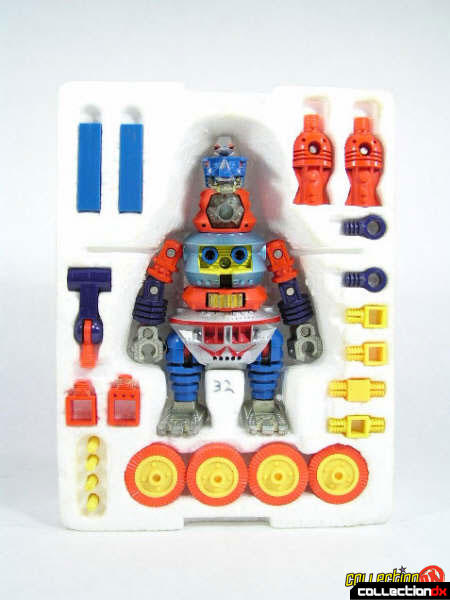 I learned later that despite a vague resemblance to Godzilla, this character is The Black King. (I know - he's not black.) The Black King is a villain from a television show in Japan. The toy is made by the Ark Company, and is number 03 in a series of six different combinable robot monsters. All of the Black King's thirty-two pieces fit together with a peg-and-socket assembly. You can disassemble the Black King and sit for hours rebuilding the robot dinosaur into various different super juggernauts of mayhem and destruction. 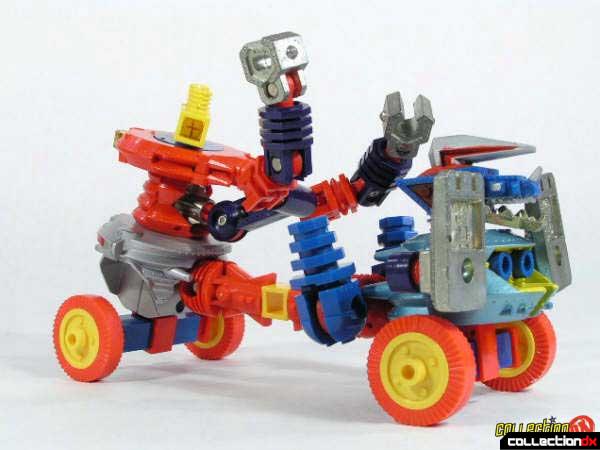 Black King comes with an arsenal of extra parts and
connectors, including wheels and axles. Many of the features, including the heavy chest and pelvis segments, are die-cast metal. Watch out for the shooters. Those are genuine put-your-eye-out missiles, and the triggers are- well- unpredictable. 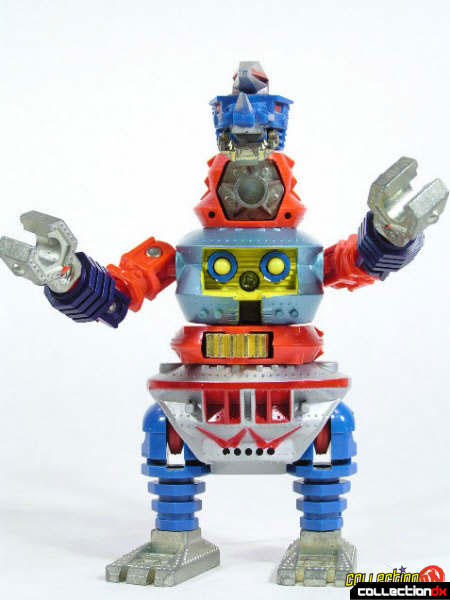 At twelve dollars, and ninety-nine cents the Black King is not cheap. That doesn't mean it's not a good deal. This is one of those rare toys that is genuinely fun to play with and, oddly enough, it doesn't look out of place on a grownups desk or shelf either. You can find the Black King along with the other Arkron combinable robots at Toy City, Toys International, and Kunimatsuya. * 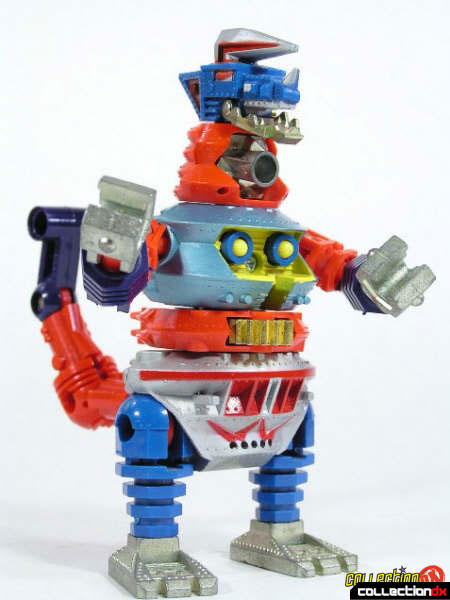 This is a very interesting piece. The head is what I love the most about it because it looks almost exactly like the original Mechagodzilla's. It would be pretty cool if one collected all the figures on the back of the box and then combined them into one super Robo-Kaiju.