Nakajima's Jumbo Pegas Robot (ペガスロボット) is another one of those toys that gets less respect than it probably deserves, both from myself and many other Jumbo collectors. It's not that it's a bad toy. In fact, it's a fantastic toy, but it just doesn't look enough like a normal Jumbo. Although it hails from the same show and is the companion piece to the Jumbo Tekkaman, it still feels like the odd man out when displayed with the other 2 Nakajima Jumbos. But every time I take it out of its box and look at it as an individual piece, it's appeal is hard to ignore. 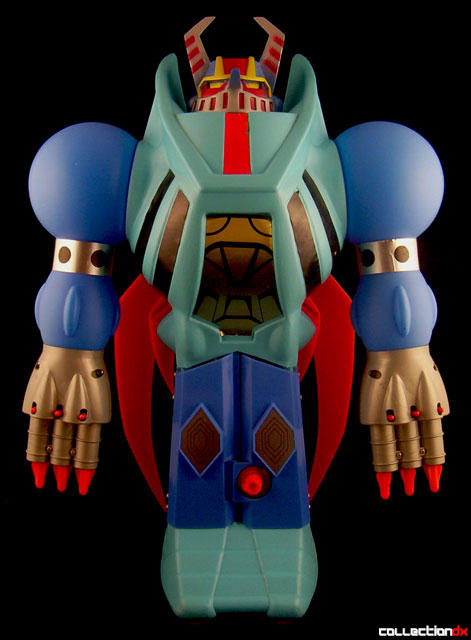 I guess what really sets this guy apart from his brethren is that he's shorter (measuring in at only 19.5" tall), has no real legs to speak of and is the only Jumbo that I'm aware of that has no hands. Both arms end with missile launchers. This isn't a bad thing. It's pretty cool actually. The missile launchers are made of hard plastic and each shoots three missiles. There is a third barrel molded into the plastic beneath these that looks like it might represent another gun, but I've not seen the show so I'm not sure. A nice sticker in these would be cool, but none are included. These missile launchers are not meant to be removed and no accessories can be swapped for them, but you can unscrew them easily and take them apart if you need to adjust the firing mechanism for some reason. Mine were sticking a bit so I took it apart and reassembled it and now it seems fine. 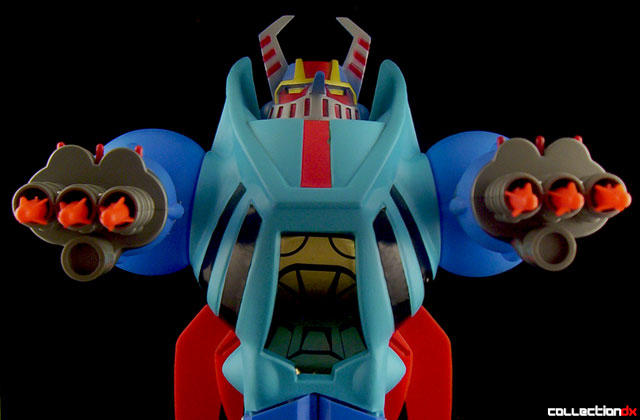 Although Pegas does not have any legs, he does have an opening cockpit instead. The dark blue plastic can be opened up and a mini vinyl of Tekkaman (included along with another generic villain) can be placed inside. The way it closes is pretty cool. There is a small bump in the light blue polyethylene near the bottom of the left door. You push that door past it and it will stay closed. Then close the right door and turn the knob until the latch on the back grabs the opposite door. This works fine, but I remember that when I first got the toy that it wasn't overly obvious that this was how you do it. I didn't notice the bump that closes the first door and was worried it might even be broken. 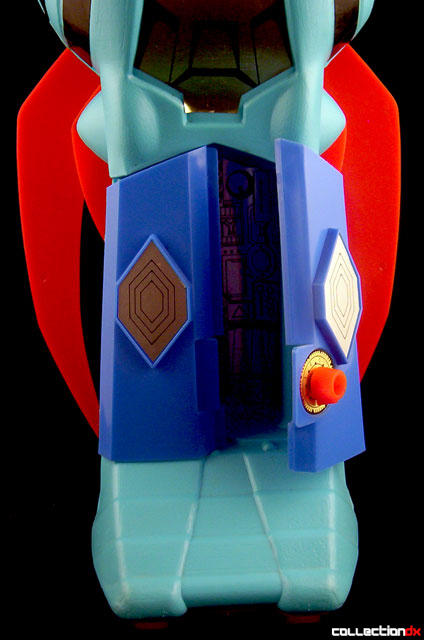 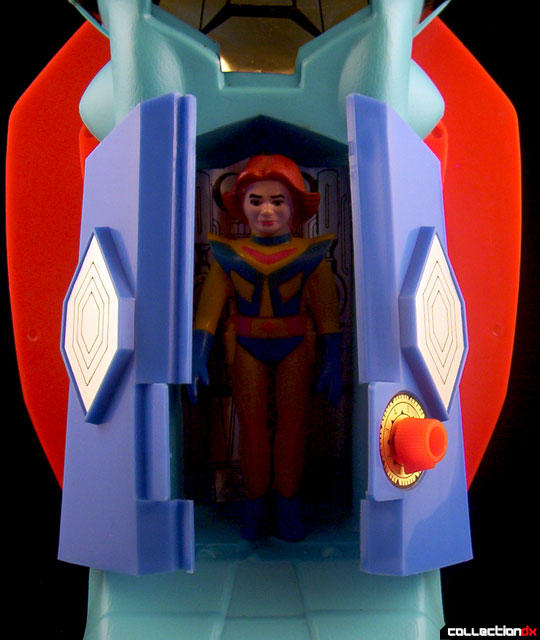 Pegas also has one of the cooler sets of wings that you'll ever find on a Jumbo. A pair of large and small retractable wings adorn the back of the robot. They are on simple hinges but the smaller wing is connected to the larger so that when you lift the large one, the smaller raises as well. These wings, combined with the large pointy missile launchers for hands and the large ridges on either side of the head really give the toy something of a vampiric appearance, which appeals to me as a horror fan. 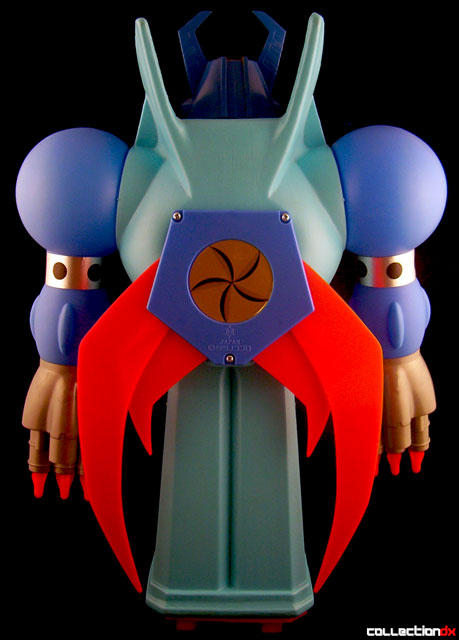 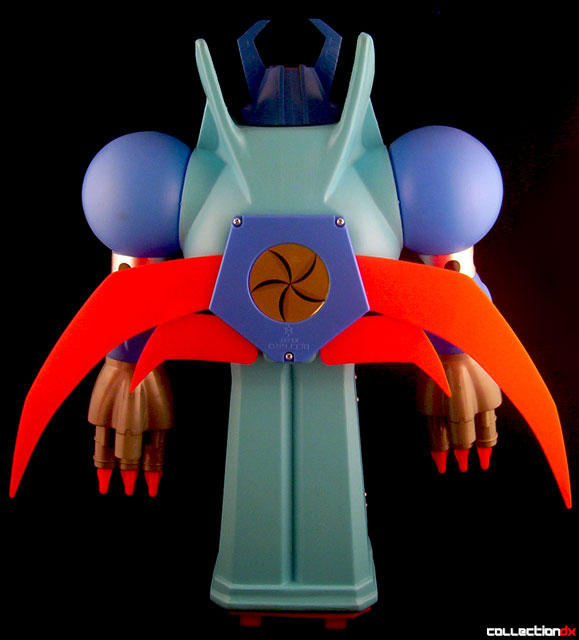 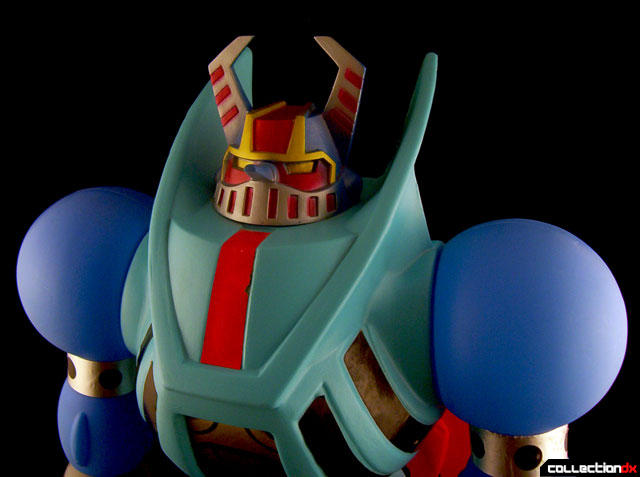 There's probably not too much more to say about this guy. Besides the hard plastic hands, most everything else is typical of a Jumbo. Polyethylene body, soft vinyl head, and wheels on the feet. It comes in a box that sort of annoys me because the top lid does not cover the entirety of the cardboard bottom, but I'm fickle that way and am probably the only person on the planet who cares about such a thing. My specimen also came with several cards of some sort, but I'm not sure if every one was issued with these or if they were just left in there by the previous owner. I've never really noticed them in other specimens, but I just might not have been paying attention. 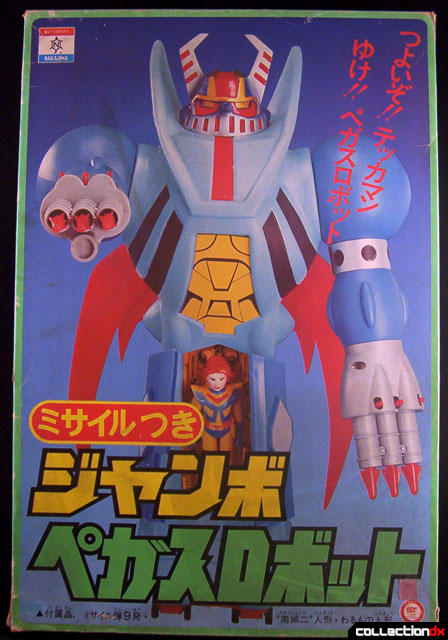 Pegas is a really cool toy, but much like Tekkaman, it probably isn't really essential to your Jumbo collection. It's probably about the same as Tekkaman in terms of rarity and price as well. It's not exactly everywhere, but if you made it your goal to get one, it probably wouldn't take that long if you watch the auctions and ask around for it. I found mine on a Japanese website and got a really good deal on it (about 25,000yen) because it has a little sticker damage and was missing one of the metal rods on the wheel. (Fortunately, my dad works in a machine shop and made me a perfect replica.) You're likely to get a better price if you find it listed somewhere other than a Jumbo Machinder search, but it either way, it shouldn't set you back too much, at least in comparison to other Jumbos. An Italian bootleg Junior Machinder of this character was made but is nowhere near as cool and if you like Pegas, you have to get the real deal. 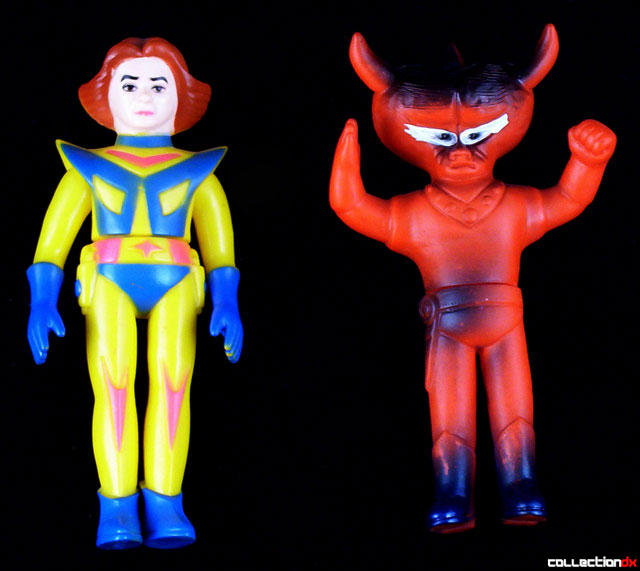 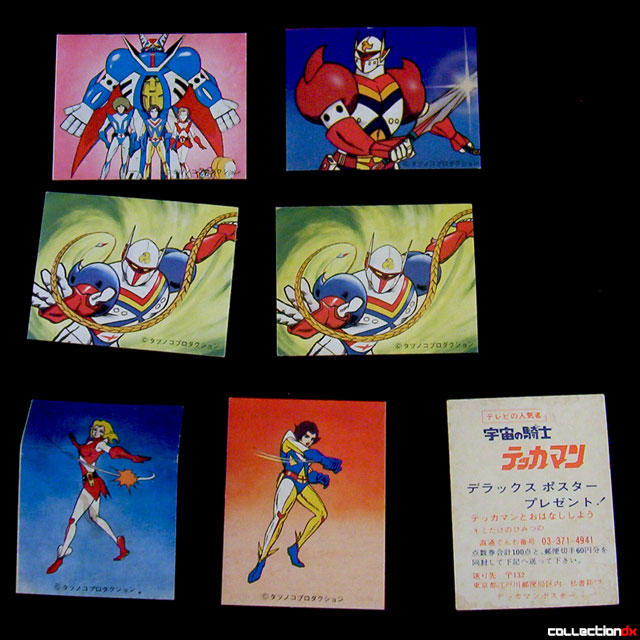 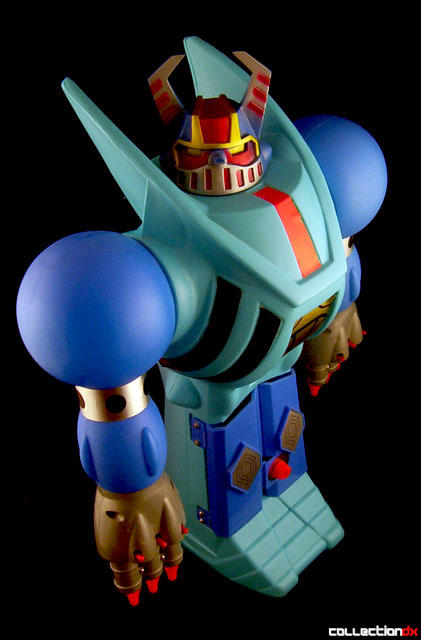 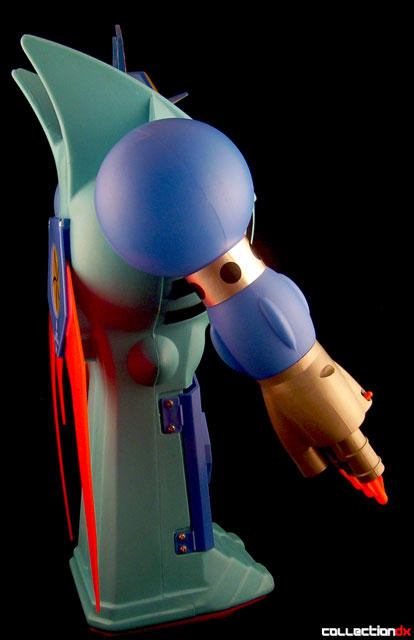 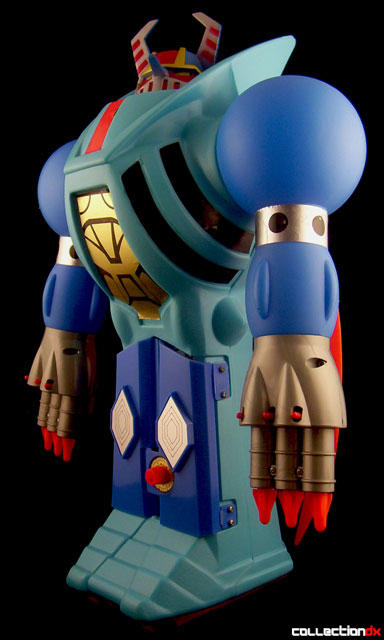 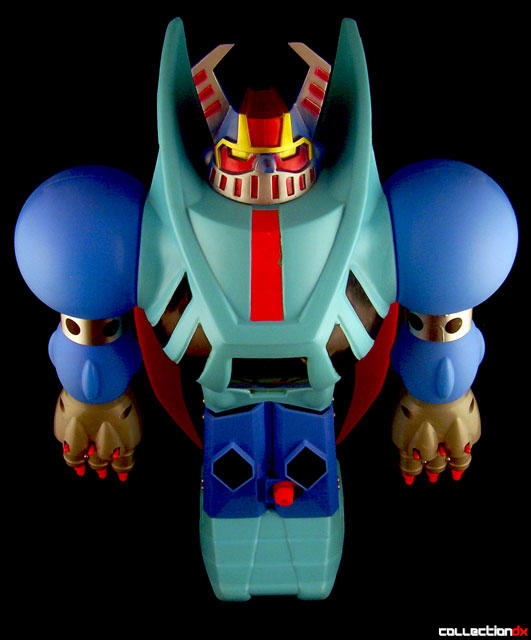 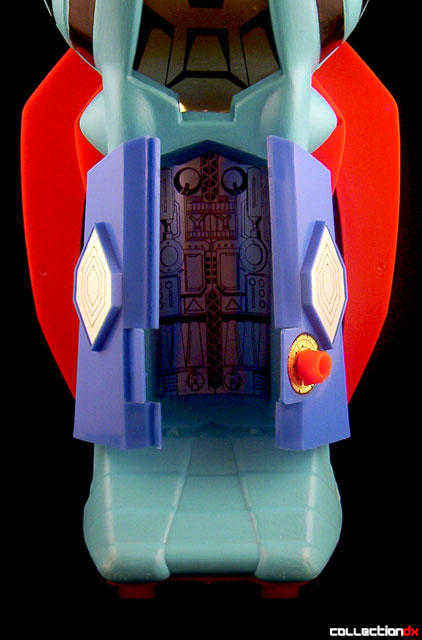 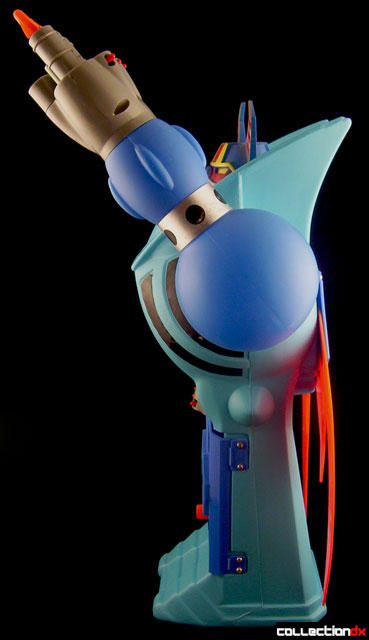 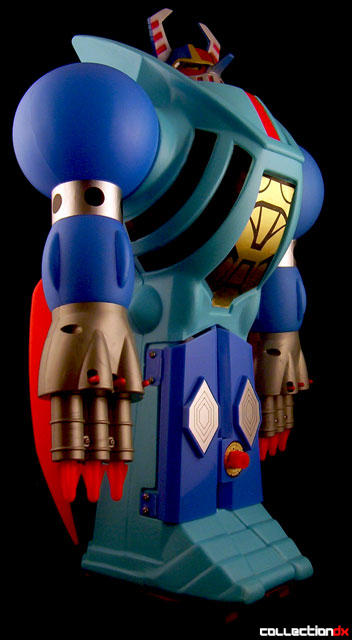 Thanks for adding this review on Pegas. I Love all the features on this one, honestly I have a softspot for this show and characters. Pegas was a great character and this jumbo is outa sight! I love the mini Tekkaman figure (too bad it didn't come with the armoured Tekkaman figure)

Leonardo Flores
We'll fight them on the Beaches!