Bull-Gator is a character from an obscure anime called Super Robot Magical Combination Gingaizer, which aired in Japan in 1977. It features three robots that combine into the giant robot Gingaizer. With mechanical designs by MECHAMAN and Studio Nue, one may wonder why Gingaizer  has languished in obscurity.

One reason may be that the robots were weird looking and the company making the toys didn’t seem to care very much.  Gingaizer does have a nostalgic following in Italy, prompting Reigning Looney to create a deluxe diecast set of the titular robot.

Gingaizer consisted of three robots: Spin Lancer, Gran Fighter, and Bull Gator. Diecast renditions of the characters are hard to find, with some reaching mythological levels of difficulty. The vinyl renditions are a bit easier to find.

To be honest, Gingaizer wasn’t really on my radar until the ToyboxDX Lost Weekend out in California when our host, Chairman Sjoen, presented me with this Bull Gator as a gift. 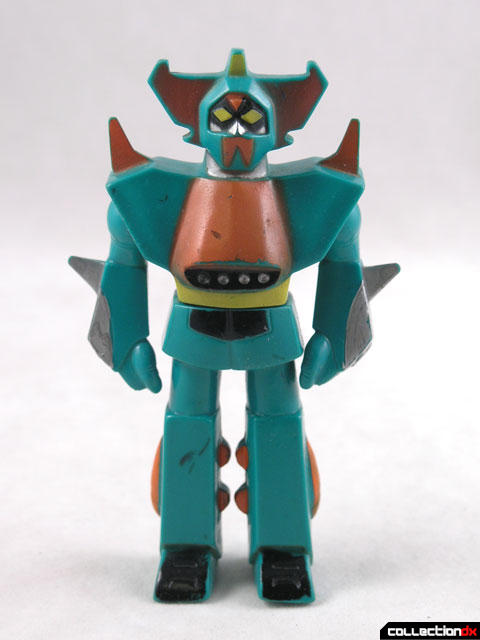 This sofubi (Soft Vinyl) is only about 4 inches tall and has simple details and paint applications. Made by Takemi, it only has joints in the arms and waist. Fortunately, it is fitting for this character, who has one of the simplest robot designs of the era. 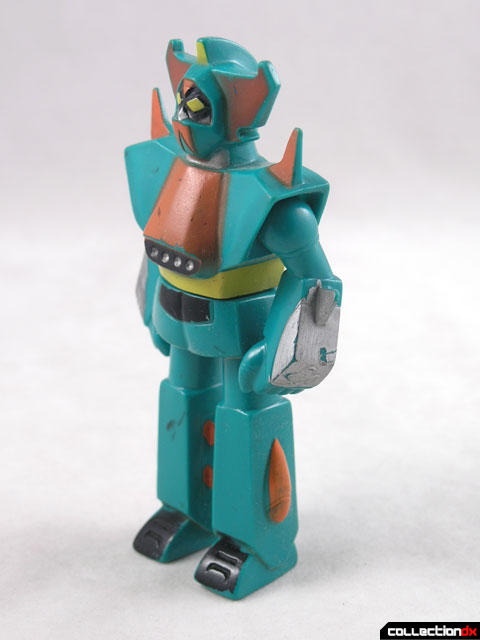 It’s got some cool vintage funk to it, and this funk is amplified by the natural wear of being banged around in some kid's toybox. You can also make out some left over marker on the back where the parents wrote the kids name on it. 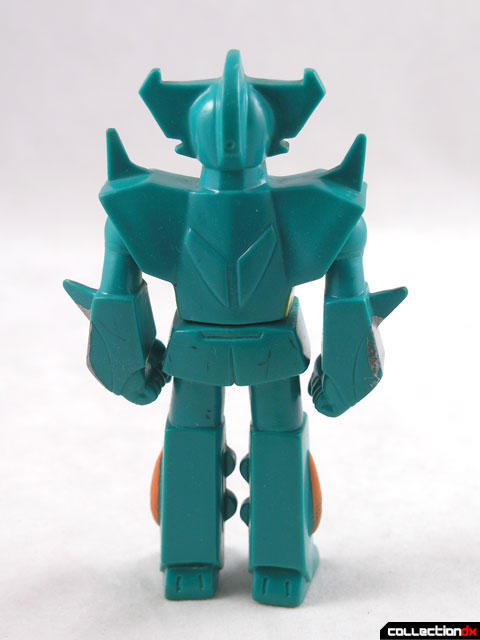 Now I’m on a quest to hunt the other two down. Thanks, Sjoen! 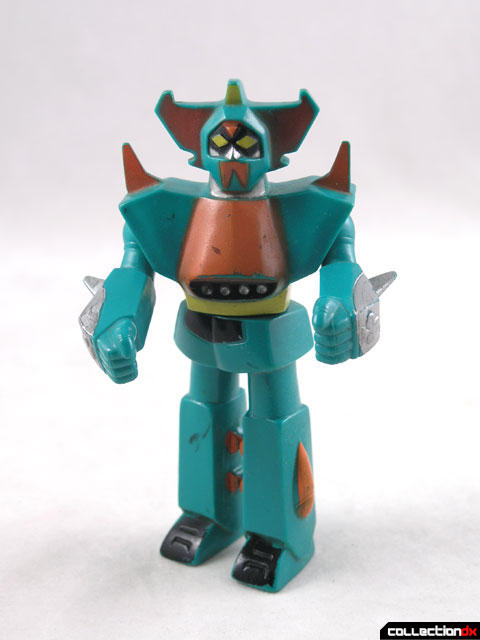 Glad you're digging him man. I'll keep my eyes peeled for the other two. So happy to give you yet another thing to collect.. ;-)