I remember this day well.

It was a cold and rainy day in Tokyo. Dave and I were on day 2 of our toy hunting expedition. We were armed with a printout of the web page of a small toy store in a town called Machiya. I distinctly remember the taste of pink grapefruit flavored halls in my mouth as we exited the station.  Under the grey sky we made our way past the koban, our umbrellas barely keeping us dry. Around the corner and across from a kendo supply shop we saw it.

It was one of the better stores we had seen on our trip, and it was previously unknown to us. The shop was small, but it was packed full of all kinds of goodies. Large glass cases lined the walls while vinyl hung in bags over the counters.

Dave went right up to the shopkeeper to ask about some Jumbo Machines while I quickly spotted some Gao Animals that a friend needed. As I looked deeper into the cases I noticed that a lot of the boxes weren’t in that great condition. This was actually a bonus for me – tattered boxes brings pieces that I wouldn’t be able to afford within my budget. I spied this Combattler V toy in one of those cases, and it was a little steep – 9800 yen. Still, I hadn’t seen another Combattler toy on my trip so far, so I decided to get it. 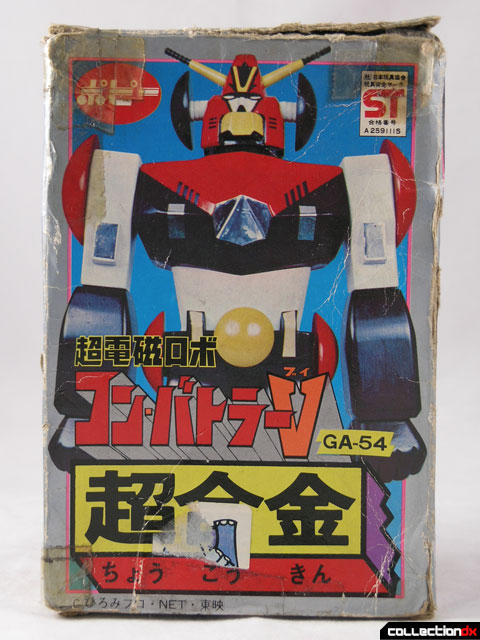 Bringing the toy up to the counter, I handed the shop owner my business card, and he handed me his. We exchanged some nods and some of the only words we both knew.. “Chogokin”….

I then took out photos of my collection to show him. He was amazed that this big American had such a collection. After all was said and done he ended up giving me  15% off of my purchase.. He was a really nice guy. This encounter was worth the price. My ST Combattler may not be in the best of shape, but my memory of acquiring it makes it one of the most valuable pieces in my collection. 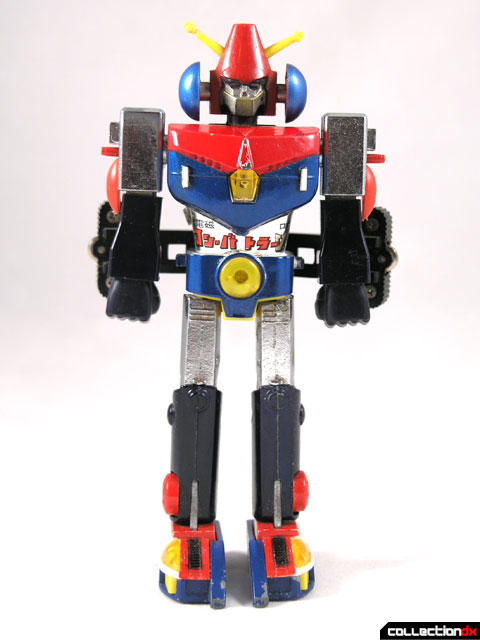 This is the ST or Standard size Combattler V chogokin. Popy also released a deluxe combining chogokin made up of individual popynica vehicles.

If you are looking for a large chunk of metal, look no further. It is suprisingly heavy despite its small size.

The ST Combattler V does not have a sword or any kind of missiles. In fact, the only accessories included with the toy are four fists. But that is not to say that Combattler is lacking in play value. Combattler can actually transform from robot mode to Grandasher mode by lying the figure down, moving the leg treads around from the back and pointing the fists forward. Each fist can fire by pushing a button on the forearm. 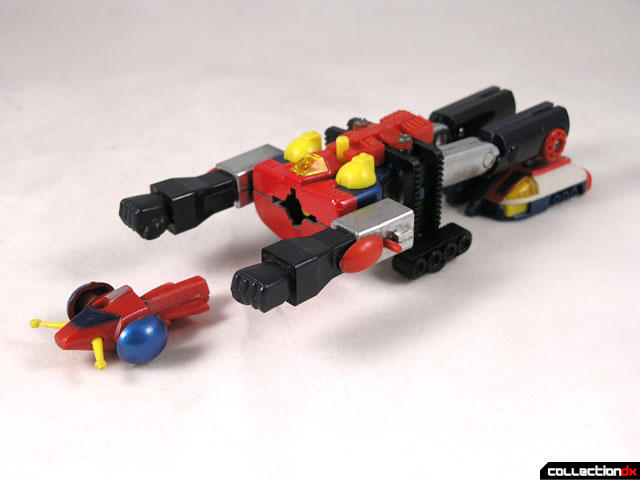 While this is the ST version of Combattler, it has some of the transformation features of its bigger brother. First, the head can launch off by pressing a button on the back. Secondly the toy separates at the waist where it is secured by a magnet. This results in three separate ships (as opposed to the DX's 5). 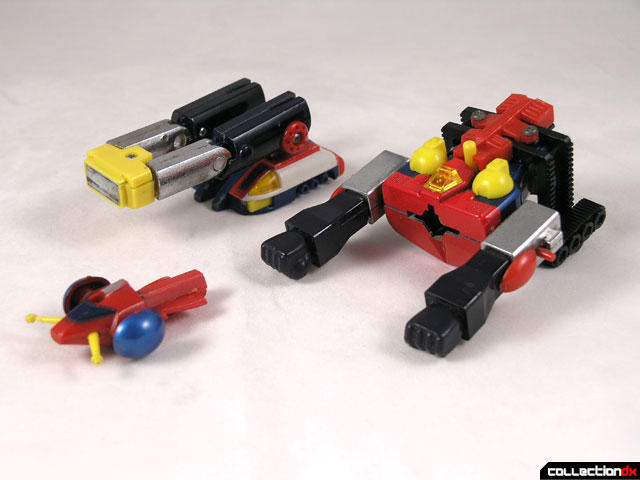 Supposedly there are two versions of this toy, but I do not know what the differences are. 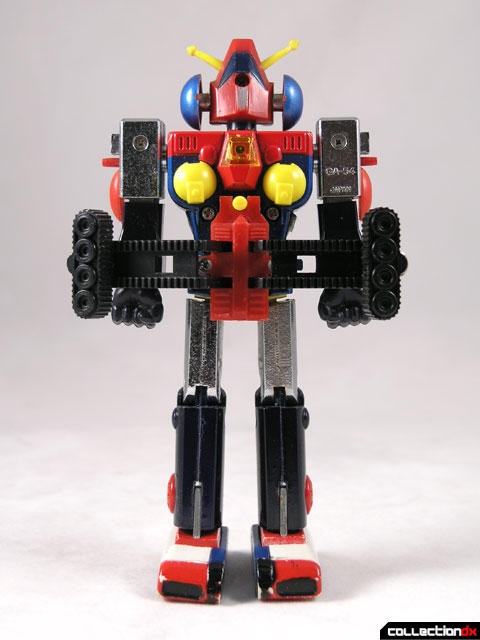