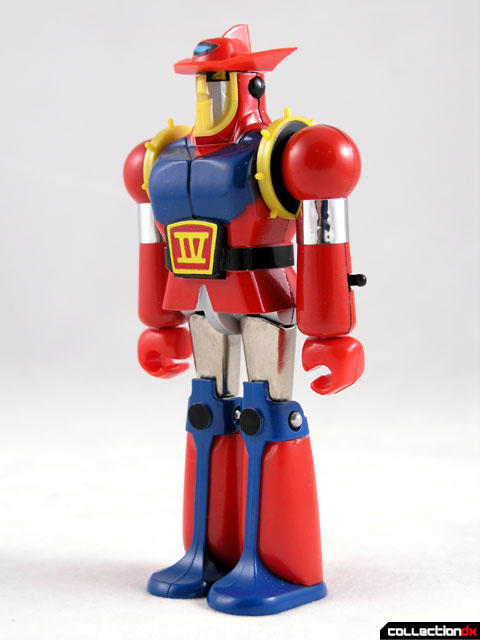 The show was your standard "ancient civilization attacks the surface world, with a crazy professor making giant robots out of their advanced technology that are somehow superior to the civilization they came from" anime. Professor Yuri created the four Machine Blocker robots to battle the Mogul invasion.

Like any super robot show of the 70s, Machine Blaster was largely created to sell toys, and many different companies got the license. Along with Takemi, Marushin and Bullmark also produced Machine Blaster Toys. 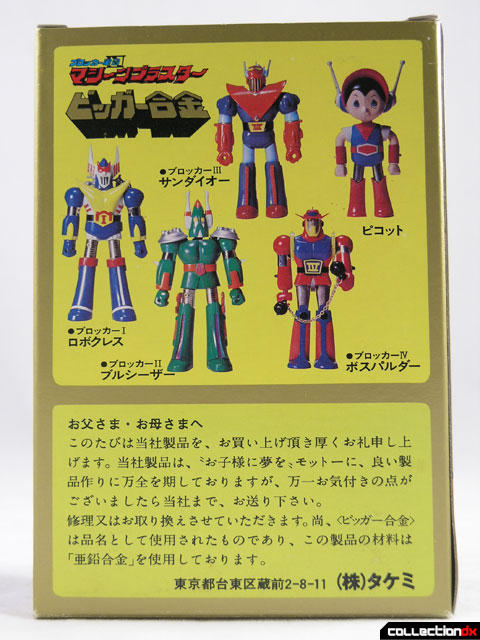 Takemi created all four Blocker robots as part of their Bigger Gokin (ビッガー合金) line. These toys were large funky chunks of metal, and were competitors to Popy’s GA line of chogokin.

Bigger Gokin Machine Blaster Boss Palder Blocker IV (ビッガー合金 マシーンブラスター ボスパルダー ブロッカーフォー) is one of the easiest to find out of the four, but should not be overlooked due to its availability. Consider it the gateway drug to Takemi diecasts. 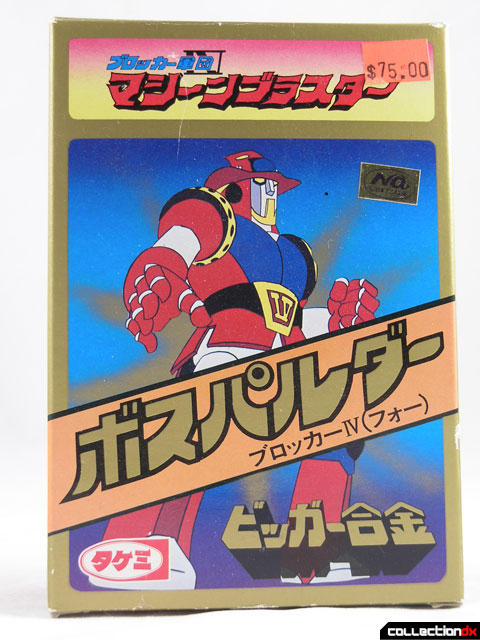 Boss Palder comes secured in a Styrofoam tray that is wrapped snugly in a beautiful box. Also included is a nice product catalog. Included with the toy is 4 fists, missiles, 2 clubs attached with a chain, and hat. 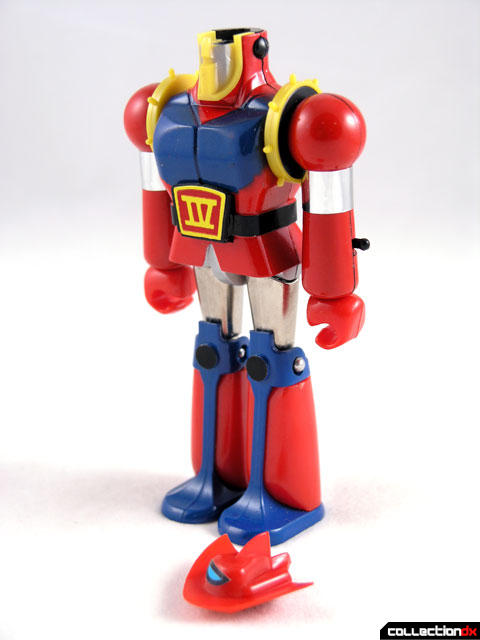 The hat is actually a ship called Freedom IV that can magnetically attach to the head. I love how it is reminiscent of a cowboy hat. I wonder what was with the Japanese fascination with US cowboy culture during the 70s. All those tassels on the jackets… but I digress.

Each arm has a trigger that enables you to fire the fists, clubs or missiles. The launcher has a hair trigger, and I had to go through three of these until I found one that would not shoot off spontaneously. The fists are nothing more than red dull claws, and they can also hold the clubs. 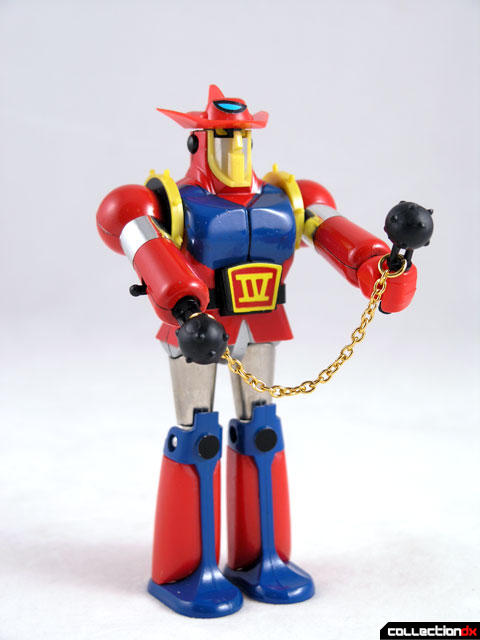 The black clubs are what sold me on this toy. Each club is connected by a metal chain. Takemi loved to use chains and springs, and I love them for it. Chains instantly make a toy so much better. 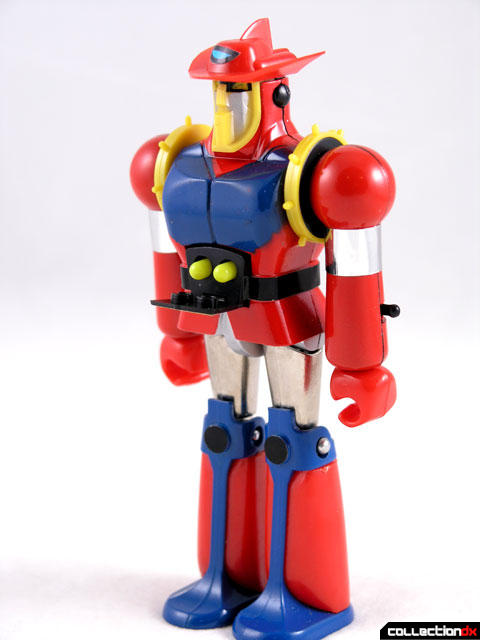 The missiles can be shot out of the arms, but they also fit into the chest missile launchers. Flip the black door on the chest down and insert the missiles, push the button on the back to fire. 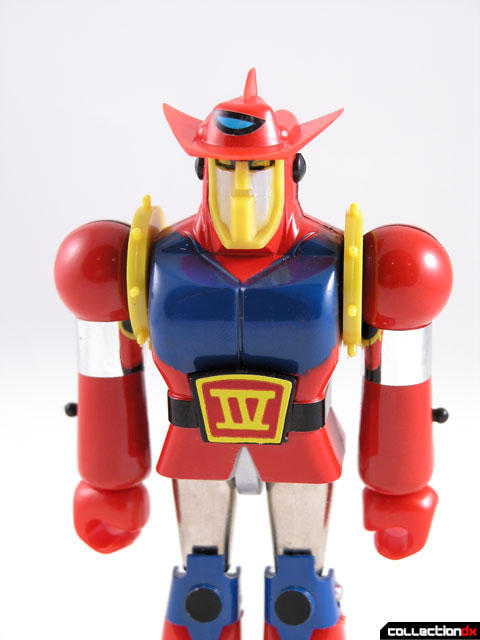 This toy doesn’t have the sharp lines that a Popy or Takara toy would, but instead has more charm. It feels like it was made by old ladies in a cabin in Japan, and probably was. The large amount of metal and the bitchin’ design is why I originally purchased this piece, but I really love the innocence or naiveté of the design. It comes from a different time, a time I wish some companies would get back to.