Big Hawk was a character from the 1976 Tokusatsu show “Battle Hawk” created by Go Nagai and Ken Ishakawa. He is one of three siblings that fight using the power of the God Tomahawk to fight evil.

While not the main Character, Big Hawk was a vital member of the team who had a variety of attacks such as Gust, Earth Tremor and Crushed Rock, all which were achieved by using variations of Tomahawks. 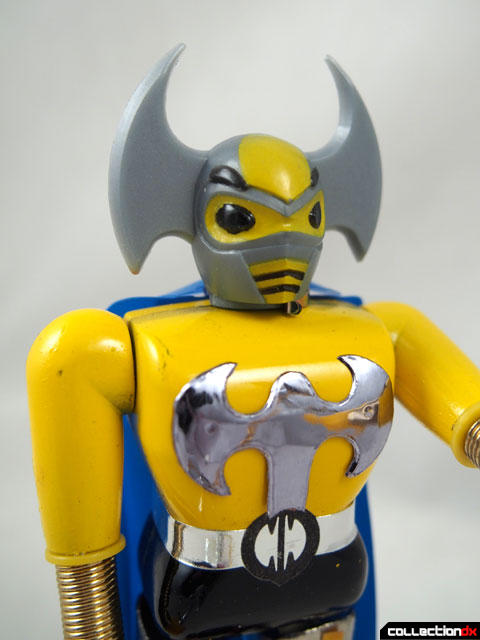 Takemi made decidedly clunky toys of the three main characters, and all shared similar gimmicks.

The gold Takemi box adorned all of their gokins, much like the silver boxes of Popy’s Chogokin line. Inside the figures were tightly packed with their accessories. While being rather goofy, these Takemi gokin had some rather unique characteristics and gimmicks. 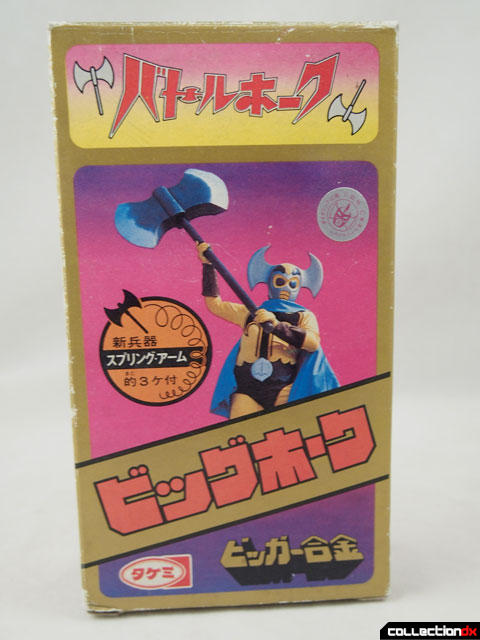 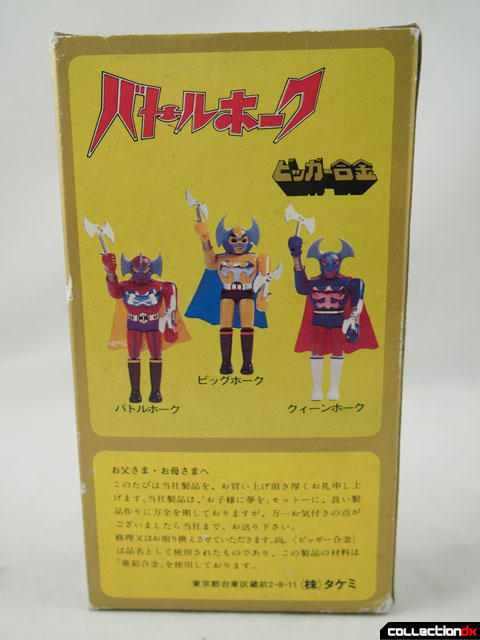 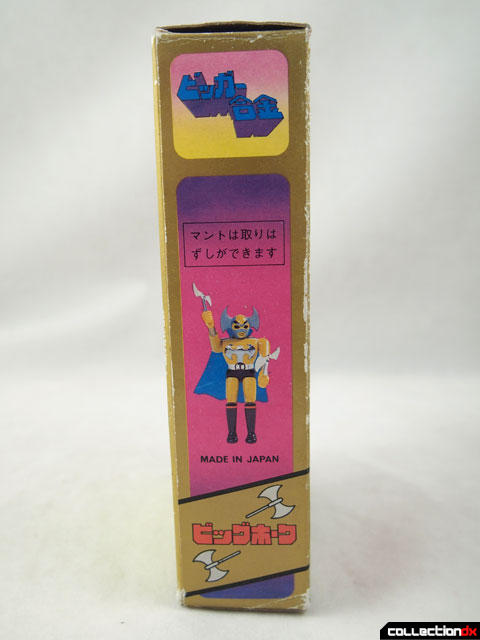 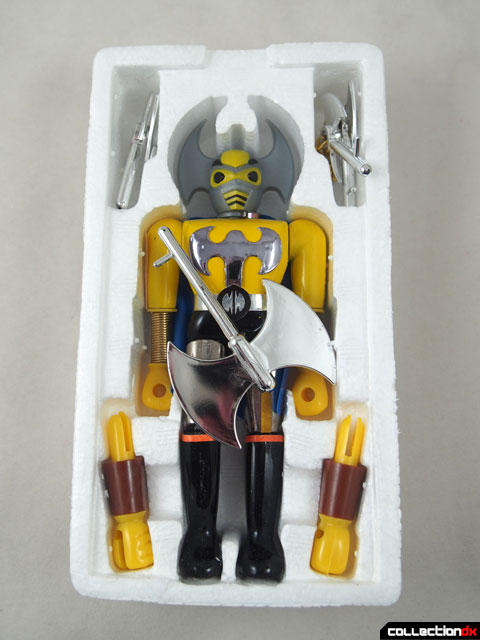 The toy has simple, naive proportions that harken back to a time when we weren’t so concerned about anime accuracy. The blocky figure has a solid metal chest and legs, with a softer plastic head and vinyl cape. 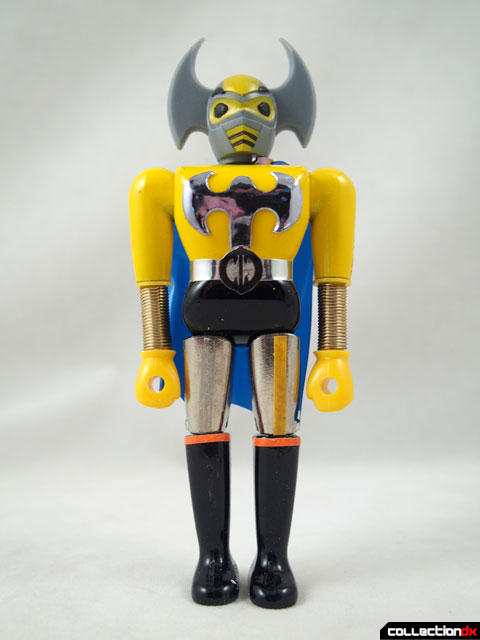 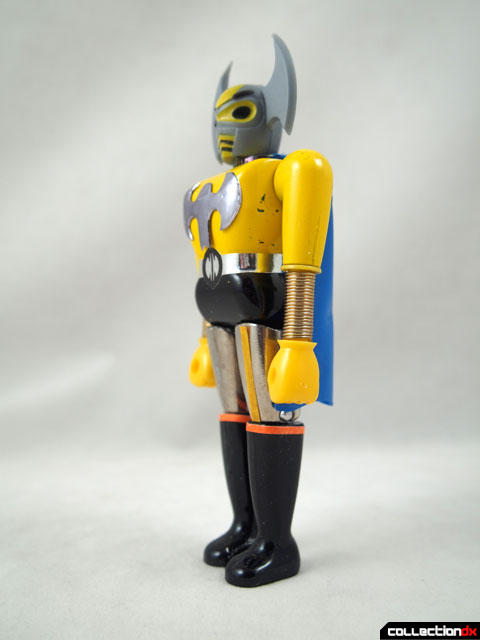 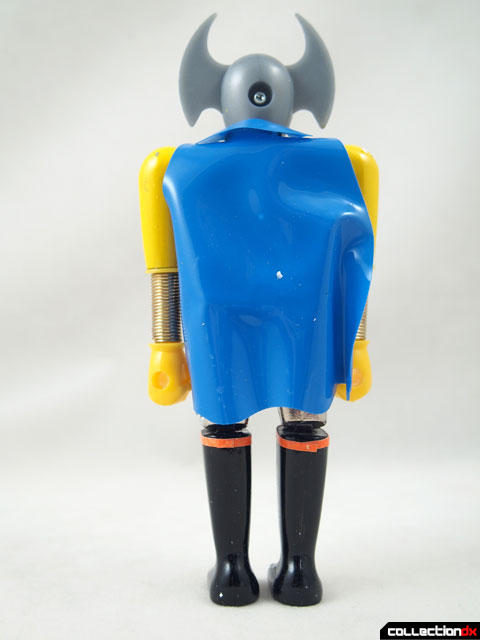 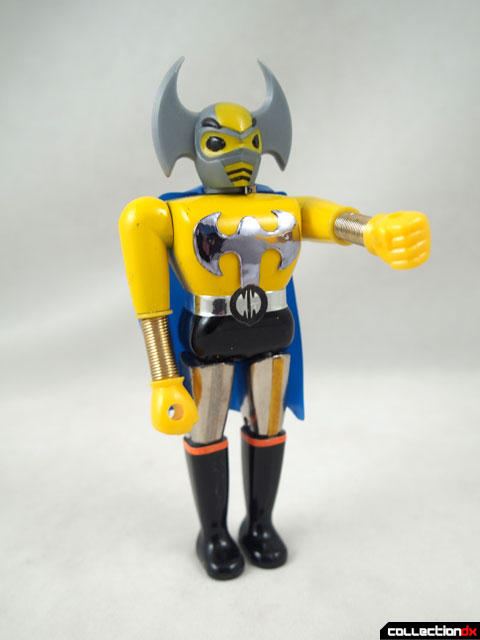 All of the Battle Hawk figures had these spring loaded arms that could be used to throw the tomahawks across the room. The method is simple and effective. 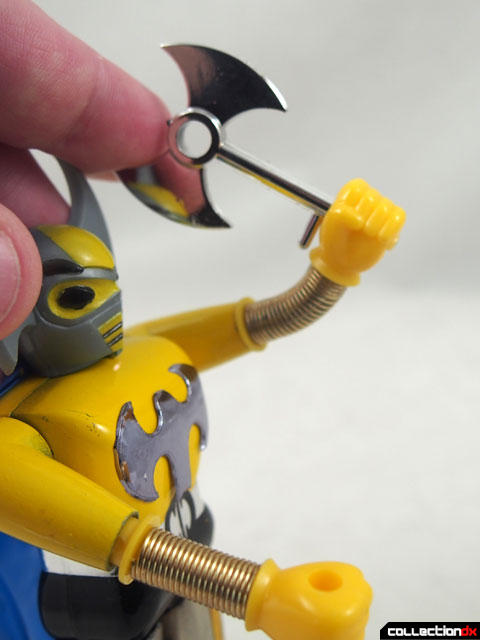 Those arms were interchangeable with a set of arms that had a more direct firing mechanism where you could insert the tomahawks into the arms and then launch them by flicking up a pin on the handles. 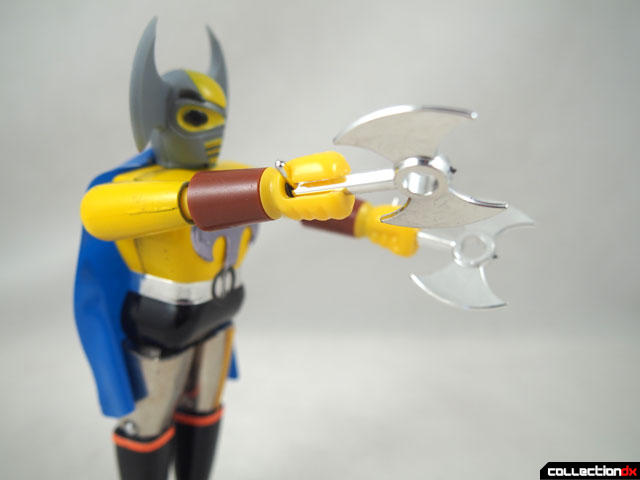 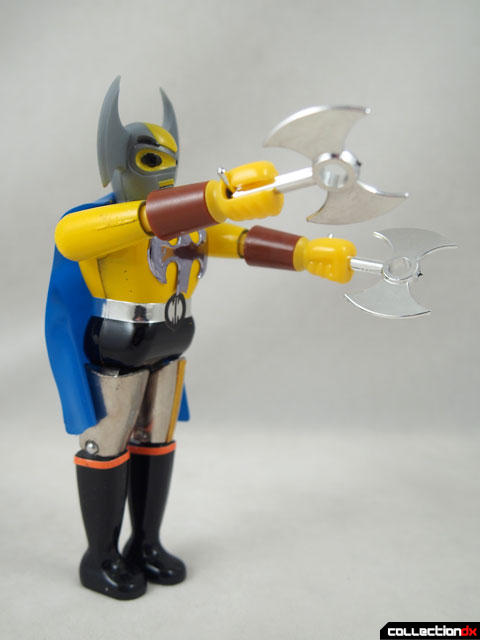 Takemi even included cardboard standups of the shows villains to be used as target practice when firing the tomahawks. 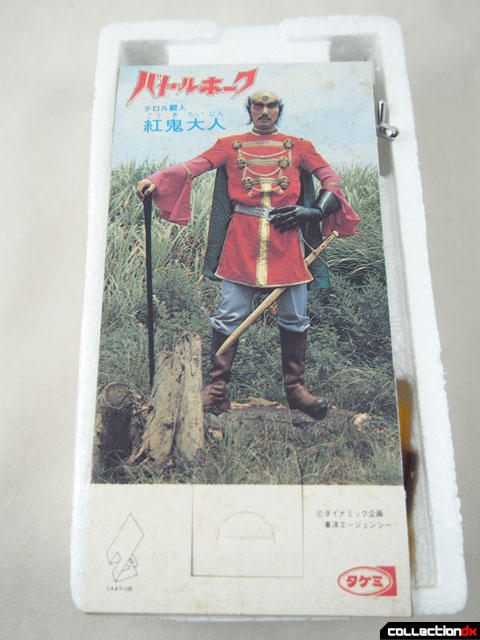 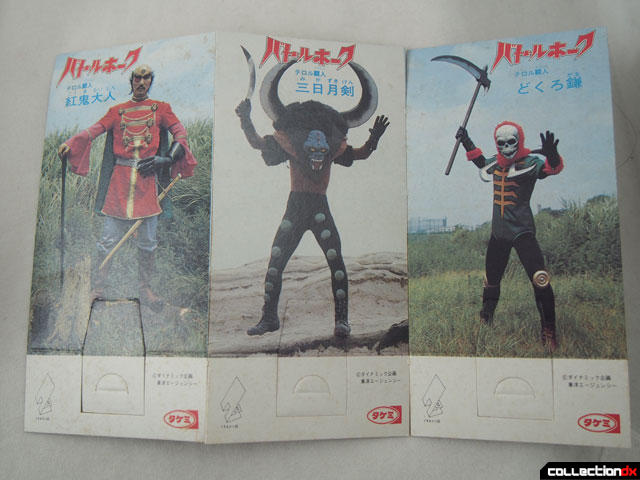 Several different tomahawks are included. There is a set that is connected by a chain, a set that gets launched from the arms, and a giant tomahawk, for when small tomahawks just won’t do. 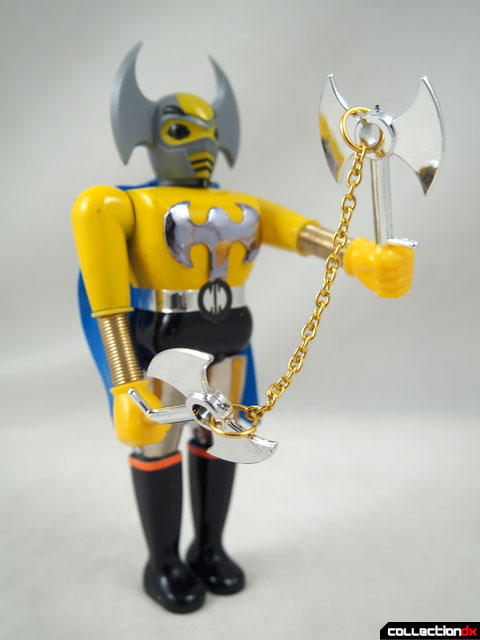 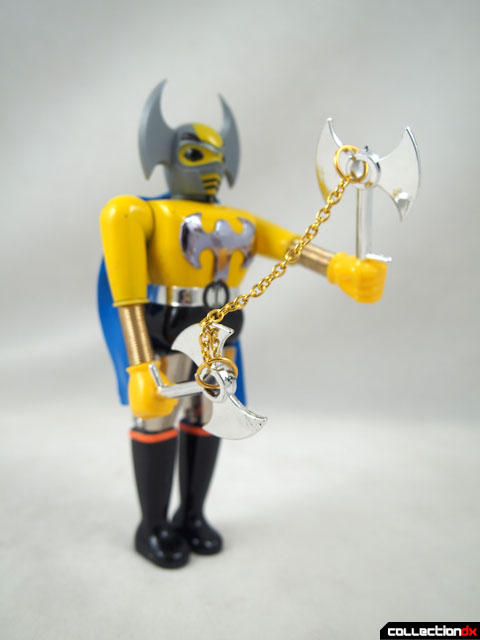 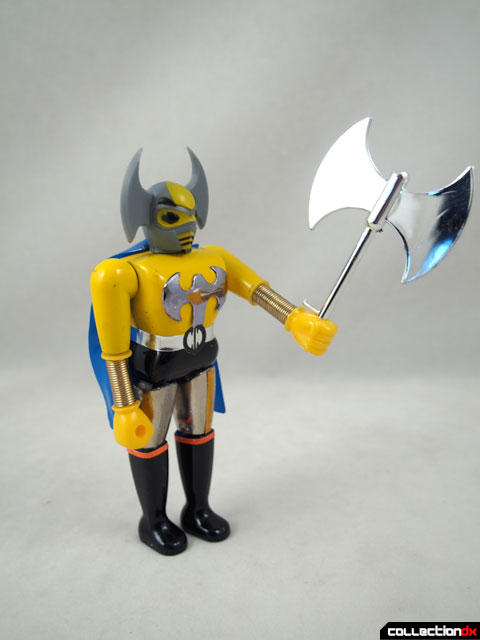 They are kind of a bitch to stand up, and they are goofy, but they’ve got the vintage funk that so many look for.

I'd love to see more Takemi released figures if you have them, especially Ginguiser.