Talk about a demotion.

Koji Kabuto was the pilot of one of the most iconic super robots ever - Mazinger Z. He fought many battles against Kikaiju such as Garada K7 and Doublas M2. But eventually, Mazinger was replaced by a newer, better model - Great Mazinger.

So what does Koji do? He goes off to NASA.

Eventually though, Koji has to come back to Japan, and one would think he would be fully qualified to pilot the latest super robot, Grendizer. But Duke Fleed's all like "Noooo, you left, you lost your place in line, get to the back".

So now, humiliated, Koji is offered a consolation prize. He gets to pilot a dorky flying saucer called the TFO. He is reduced to ineffectual sidekick. What a blow to the ego.

At the very least Popy, managed to take a dopey ship and transform it into a semi-cool toy.

I scored this guy for a cool $40 at a toy show years and years ago. I remember thinking I had gotten quite a score, how often to you see boxed Popy stuff at those?

The box is typical awesome, although the condition is not C-10 perfect. Honestly, I can accept a less than perfect box in order to get a deal on a toy. 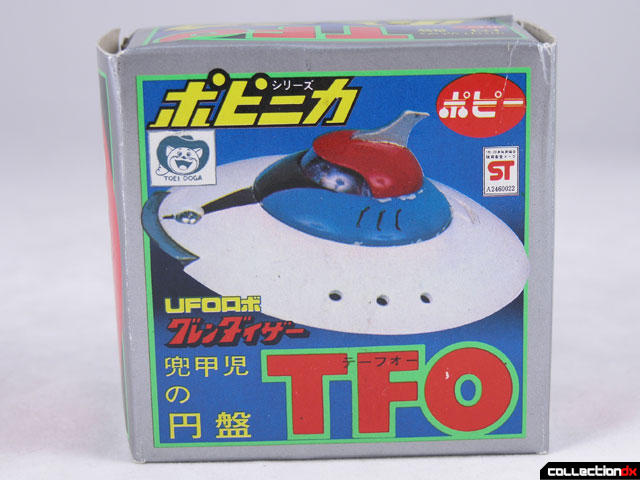 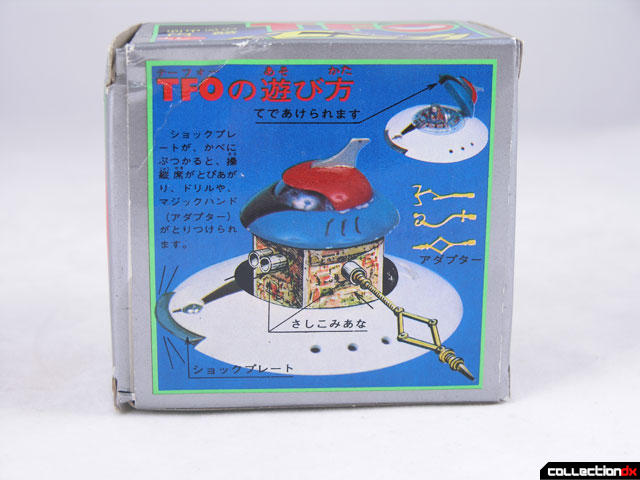 At just a few inches around, the toy manages to squeeze in a lot of play value. The outer rim is solid diecast, with metal wheels beneath. 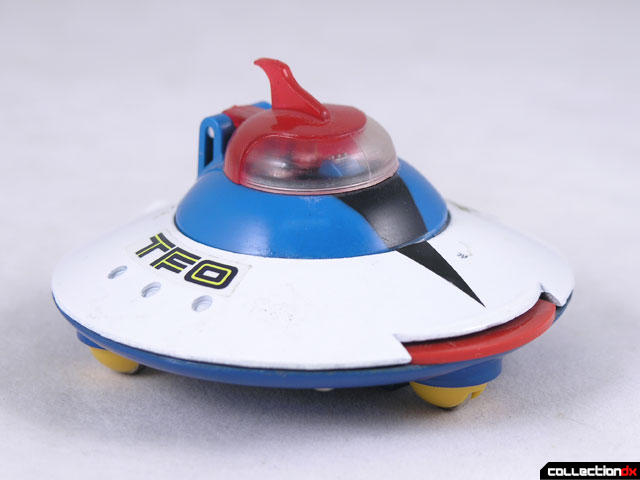 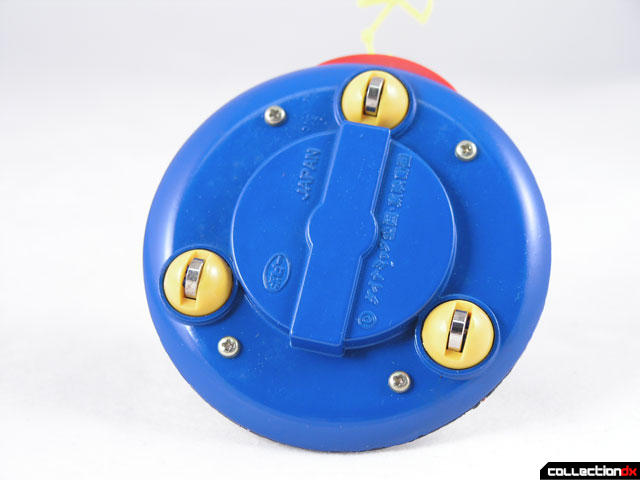 The cockpit opens to reveal poor Koji Kabuto. He looks like he is piloting a kids carnival ride. 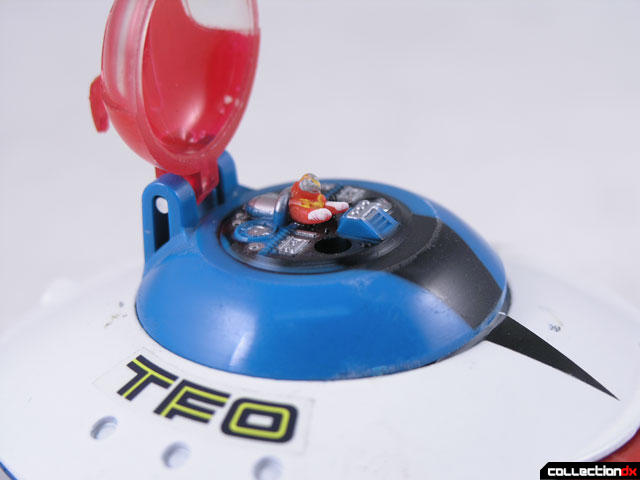 The red part in the front of the ship is actually a button, that when pressed pops up the whole center section, revealing the chromed inner workings of the TFO. 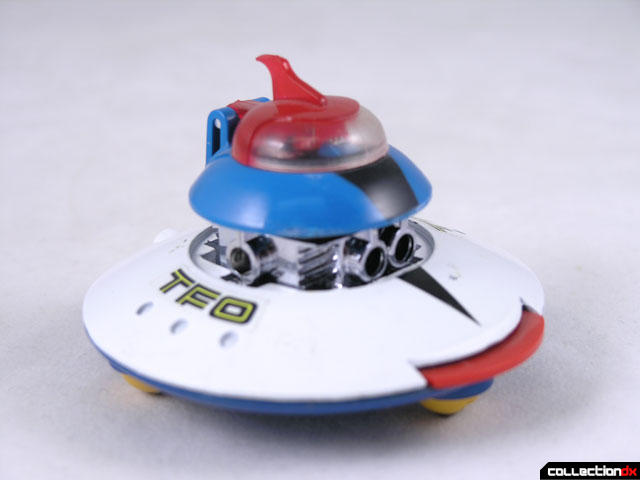 On each side of the chromed area are circles. One might think that these are missile launchers but they are in fact holes for various attachments. 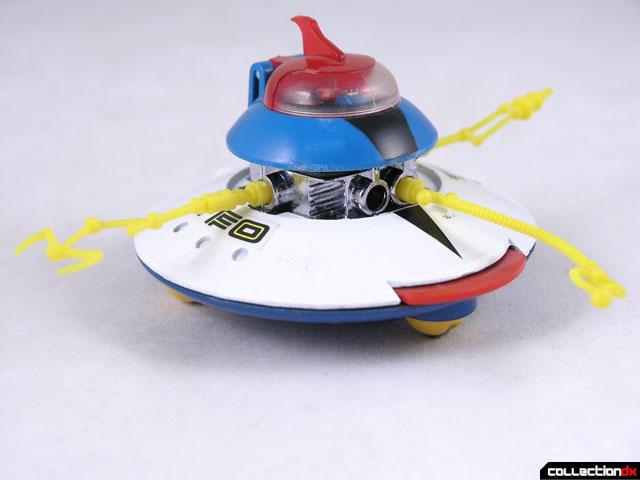 Three yellow attachments are included that can be attached to any hole. All three look like extendable repair mechanisms. 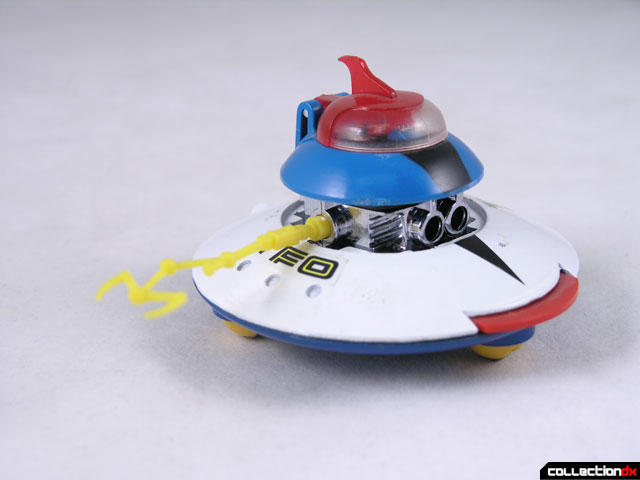 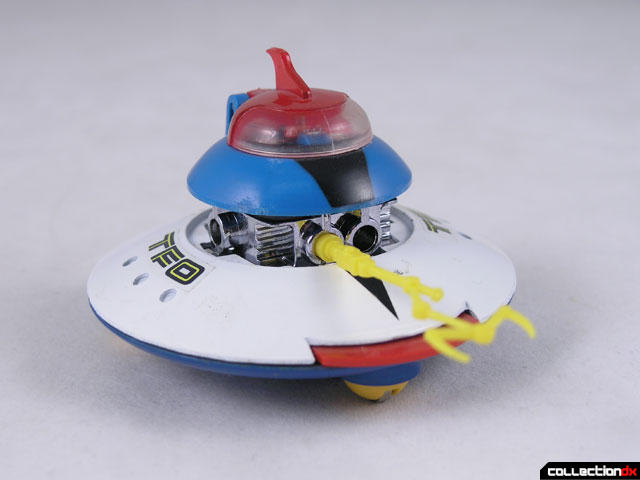 The toy is pretty cool, but like a lot of these old Popynica, the spring loaded action is iffy. On this one, the center does not like to stay down, and when it does its kind of lopsided. 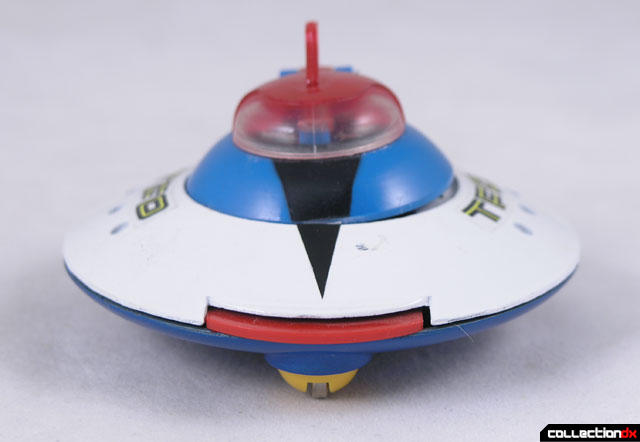 Fortunately, Koji Kabuto eventually moved up a little and became the pilot of Grendizer's Double Spazer.

I really love Koji's role in Grendizer. He totally chafes at being in this crappy little UFO, but hey, he designed the damn thing. He's also the one who got Mazinger Z destroyed in the first place. The frenemy relationship he has with Duke Fleed is hilarious. Also, Duke is an alien and he brought his robot with him from his home planet so it's not like the Photonic Institute people built it and just gave it to someone else!

Wh-what is happening to meeee!? Two '70s vehicles in a row that strike my interest-!

And hey, Koji still basically saves the day in UFO Robo Grendizer vs. Great Maz, having to hold his own without a robot while the pilot of Grendy is off necking instead of beating up alien invaders.

Awesome. One day, I swear i'm selling off my GX-04S and getting some nice-shape PA Grendizer items.

Maybe I'm just old fashioned, but I think TFOs should be yellow.

But I also agree with Dave: this thing *really* should be yellow...and there oughtta be at least one missile launcher on this thing like in the cartoon.

Incidentally, High Dream is coming out with a diecast TFO that's a nice shade of cartoon-accurate yellow! Doubt it has any gimmicks, though. :/

Might have to pick up a beater vintage TFO and just paint it yellow! Best of both worlds!