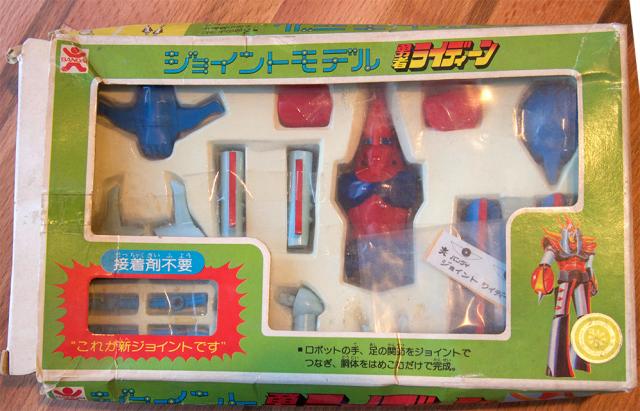 The Joint Model (ジョイントモデル) series was an offshoot model kit line by Bandai starting in 1975. It featured easy to assemble kits with a universal joint system, predating Revoltech by 30 so years. Several characters were released in the line, and in both color and white-only versions (The white versions are later releases I think). In addition to color variations, there also were variations in the peg system. Early releases used a blue peg with smooth sides. By the Raideen release, the blue peg got a groove to key into certain parts. But even that peg was revised to a black peg with grooves and ridges. 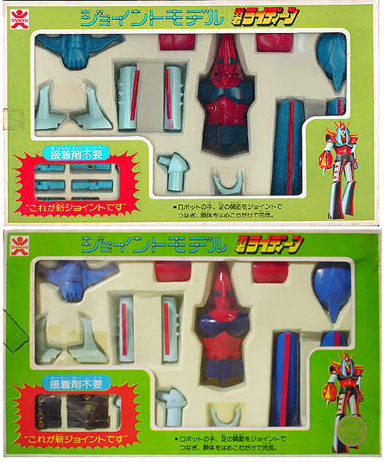 There's a great illustration on the back. 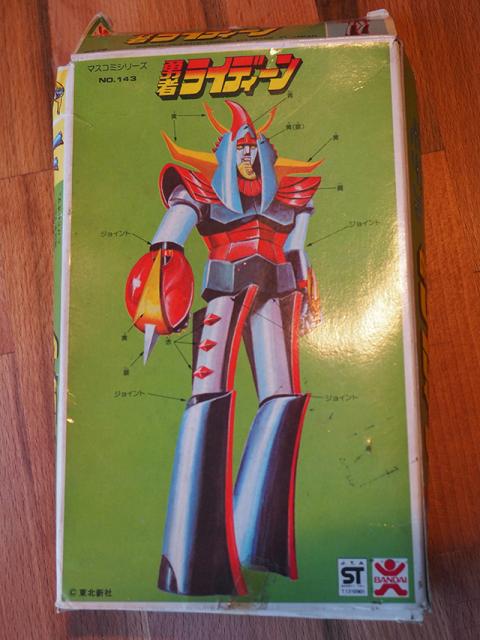 Inside, the tray is flimsy plastic, and the tape has yellowed over time. 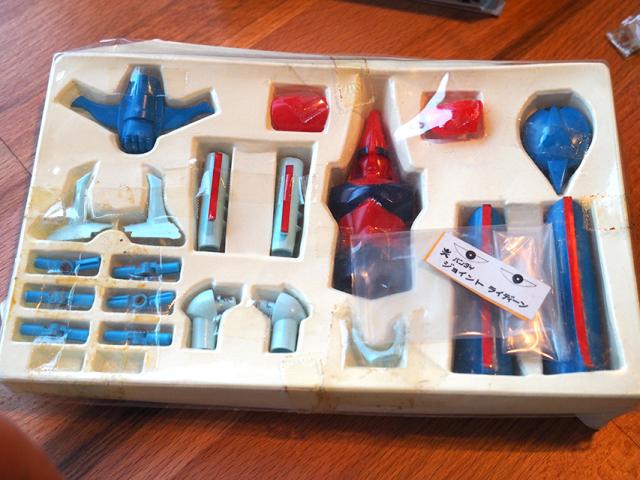 I'm not sure what was supposed to be in those small spots below the pegs. Some releases came with extra pegs due to breakage.

Assembling is not super easy - the pegs are tight, and the pegs are keyed on certain sides so it's trial and error to get the right joint for the knee as opposed to the elbow. Stickers are included for the Godbird eyes, but I assume these were meant to be painted. 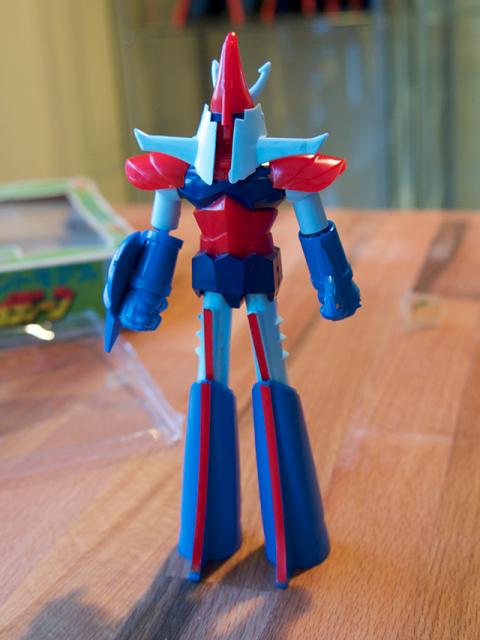 It's an ugly toy, and posing stinks. It's an interesting aside for Bandai in 1975, as they were well into the super robot boom, but not yet entrenched in Gunpla. It's not quite a toy, not quite a model. Somewhere in between. 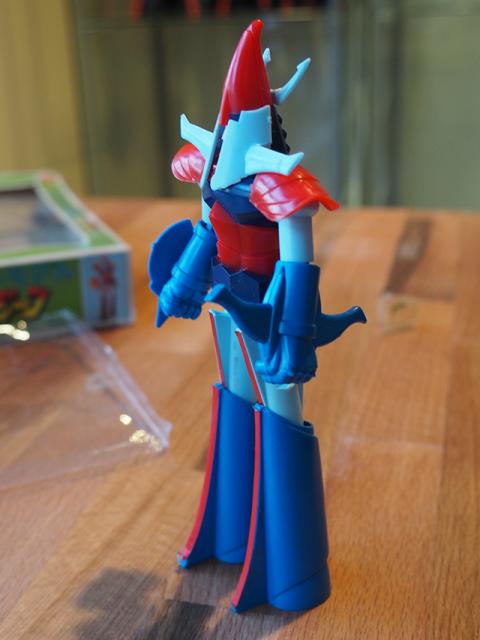 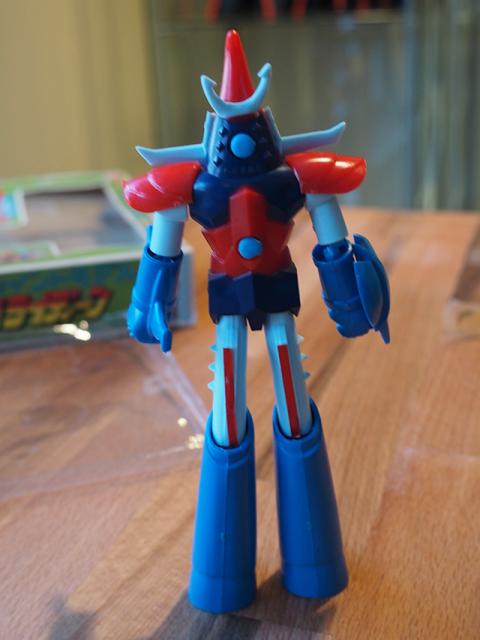 It does not transform into Godbird mode. 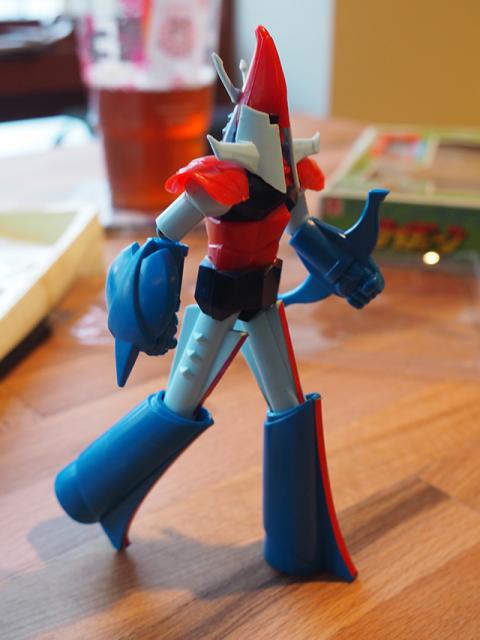 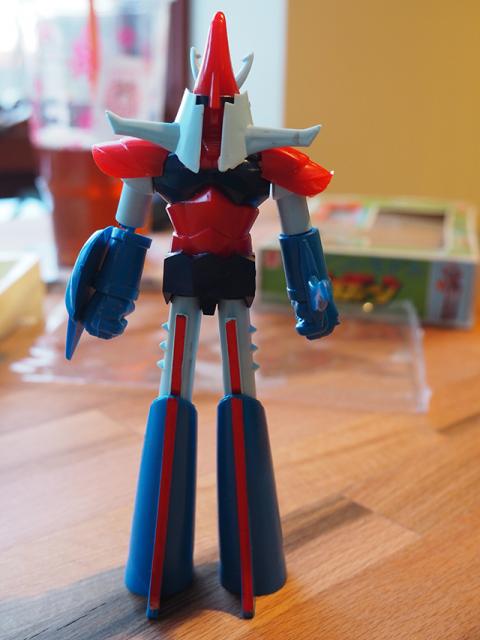