Mach Baron may be one of the classiest gokins around. No, I don't own one, but it is on my "wish list" if I find one in decent condition for a reasonable price.

This chogokin is another from the Josh C-10 Fraser collection. He asked me to shoot images for an eBay auction, and I figured i'd do a little write up on it. 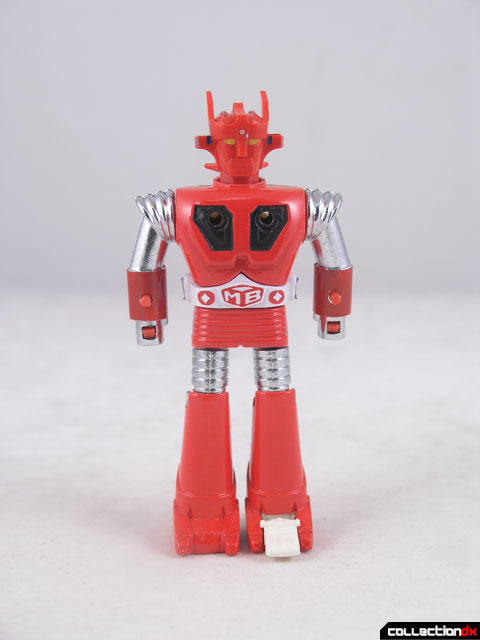 Let's look at the toy for a bit here.

Mach Baron is a big chunk of metal. Aside from the fists and head - all metal. The paint is a thick enamel, almost like you would get on a car. The arms are shiny polished zinc. It is just beautiful. I am in awe of its gokin-ness. 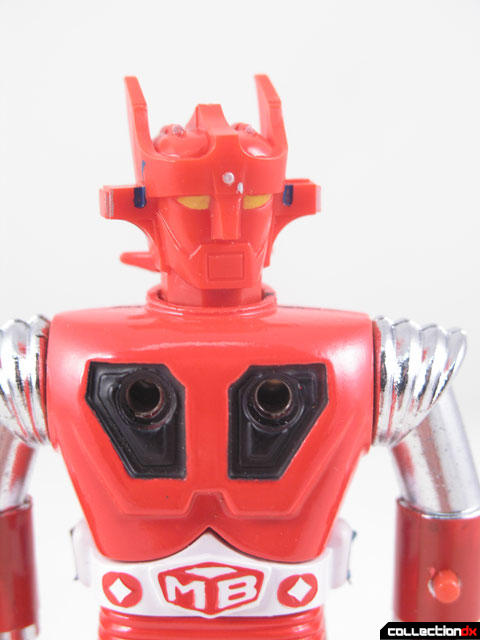 Mach Baron comes with 2 sets of firing fists, chest missiles, and a small car that docks into the foot. The missiles launch via buttons on the back, and the fists launch by pressing buttons on the upper arms. I'd show you the fists on, but Josh wanted to keep the accessories sealed for the auction. 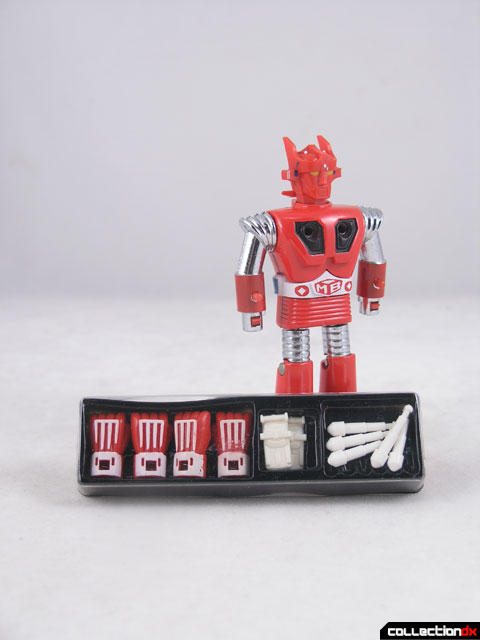 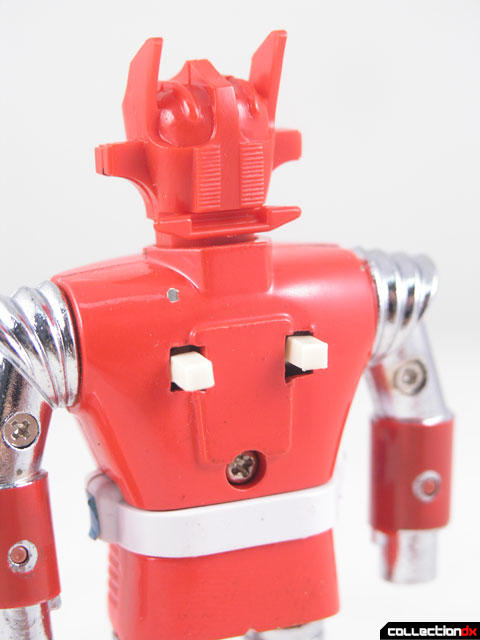 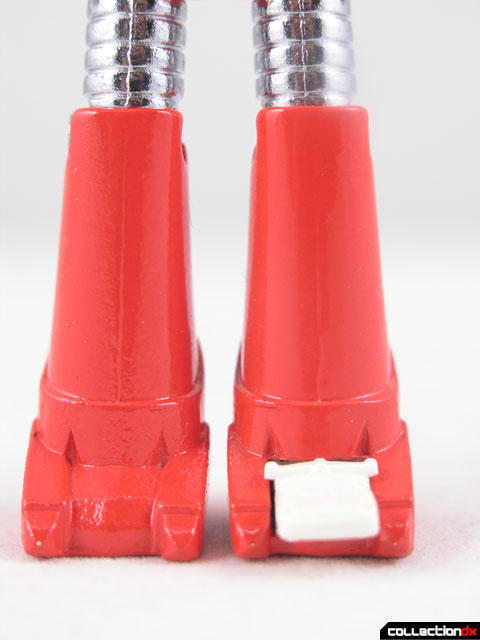 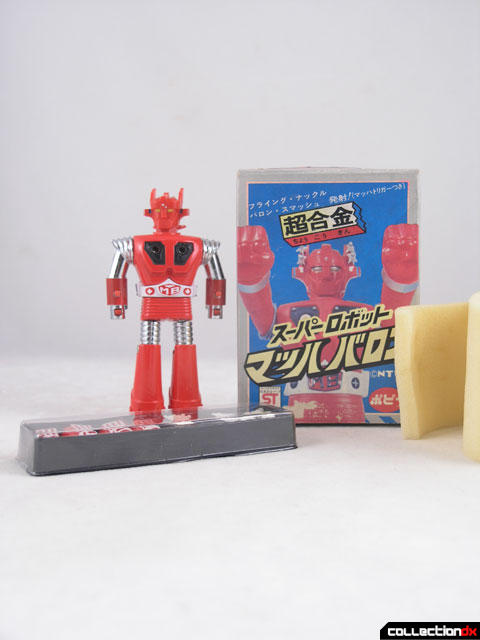 One thing worth noting is that this is the first version box. There is no GA-07 on the upper right, and no licensing mark on the upper left. 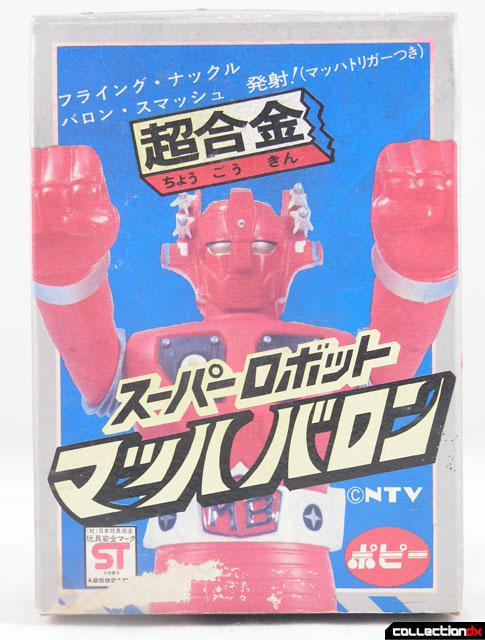 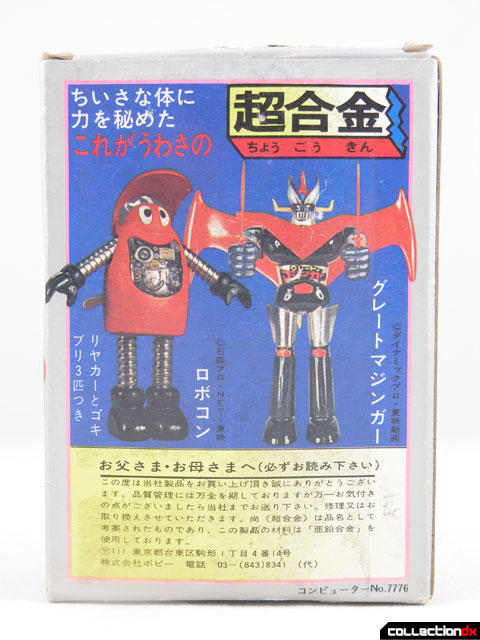 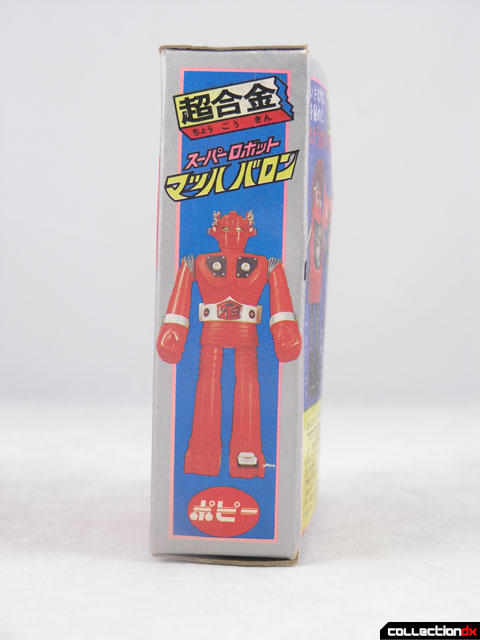 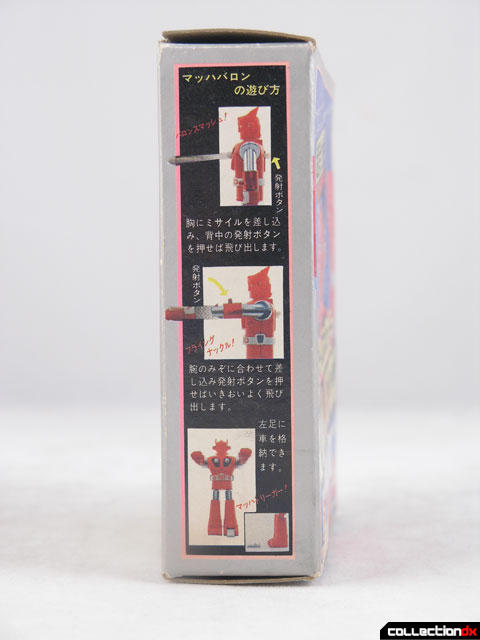 Someday I will own one of these. Someday.

I'll have to settle with my THE Chogokin version for now...

In fact, I'd recommend that for most people who don't have the cash for an original GA-07. It's reproduction, despite the diminutive size, is very faithful...down to the accessories and launching gimmicks.

Also notable for featuring a couple of nice pictures of the Jumbo Machinder on the box! And I didn't have this image for my gallery of boxes with Jumbo Machinders on them. Of course, I'm biased but I think the JM is the best toy version of the character, but the diecast is nice for sure. I think the silver detracts from it though and it would have looked better more show accurate. But judging by those clips you posted, Mach Baron might be the best show ever.

Hey you spelled my name like the Tv show.

The villain has fantastic hair. If you havn't seen the show, then make sure to watch the video clip, if only for that amazing hair.

I agree with Sanjeev, since the original is very hard to find and cost a lot of fortune THE chogokin is enough to make me happy.