The second ship from Getter Robo G (aka Stavengers), Liger is a sleek vehicle that translates from cartoon to toy form much more successfully than Dragun did. I'm probably biased when I write that though since it was my favorite in the show. The box is the biggest of the three ships but is still small at only about 4" x 3.5" 1.5". Like Dragun, the box just shows the toy with the appropriate text. 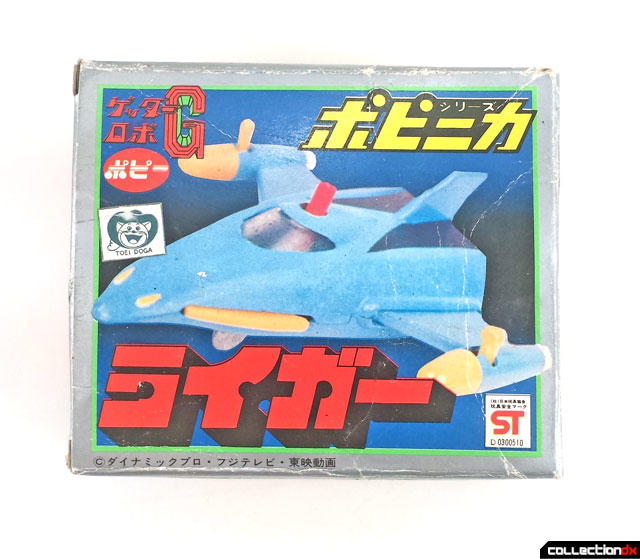 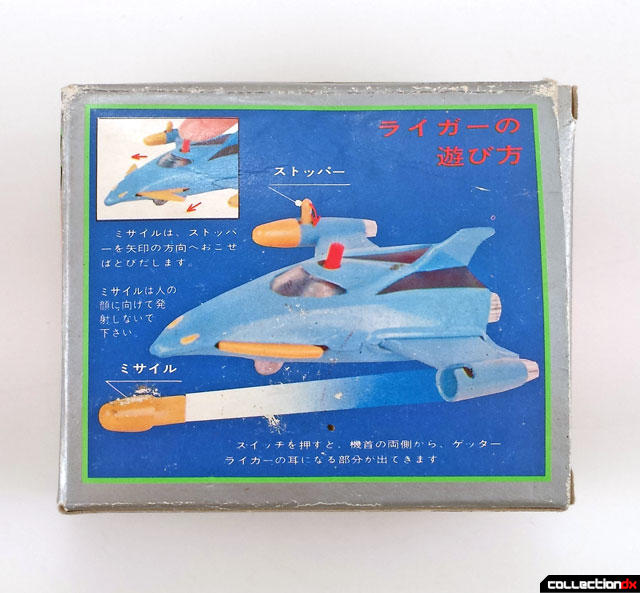 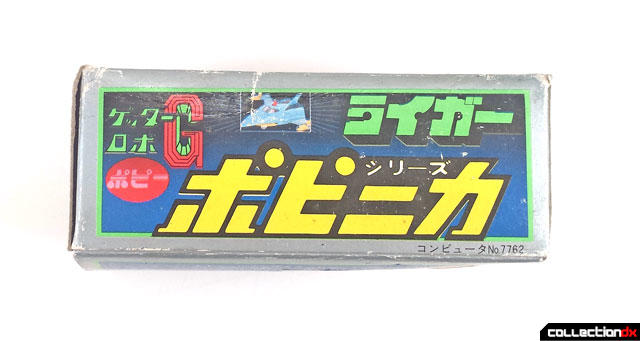 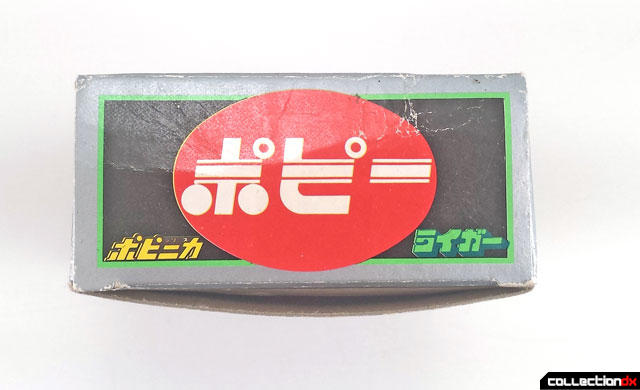 The toy measures 3.5" long and is made primarily of die-cast metal. The only bits that aren't metal are the yellow fins, the cockpit, the wing tips and the engine exhausts. 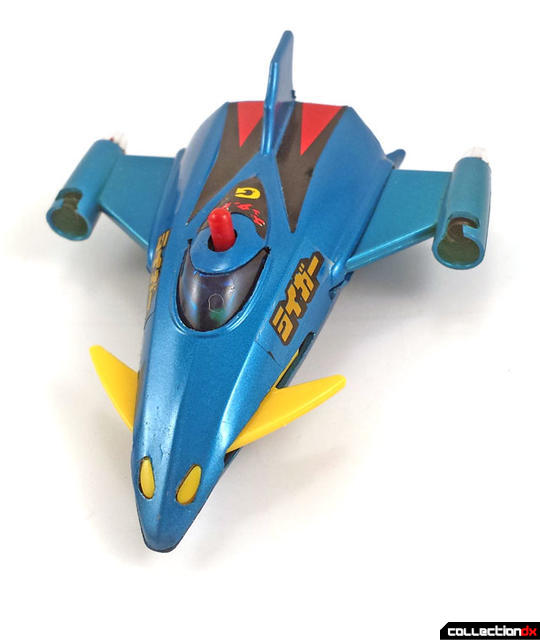 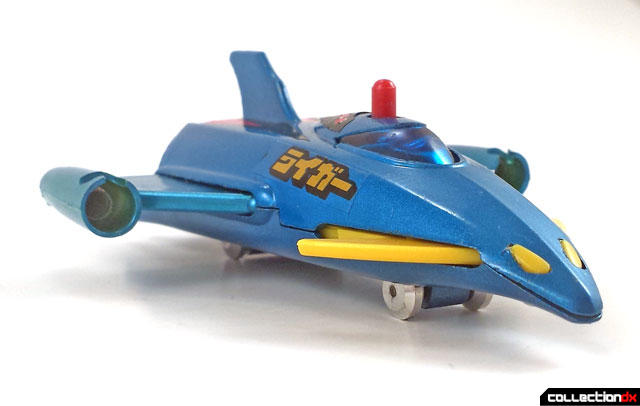 Details are provided by stickers on the top of the ship. 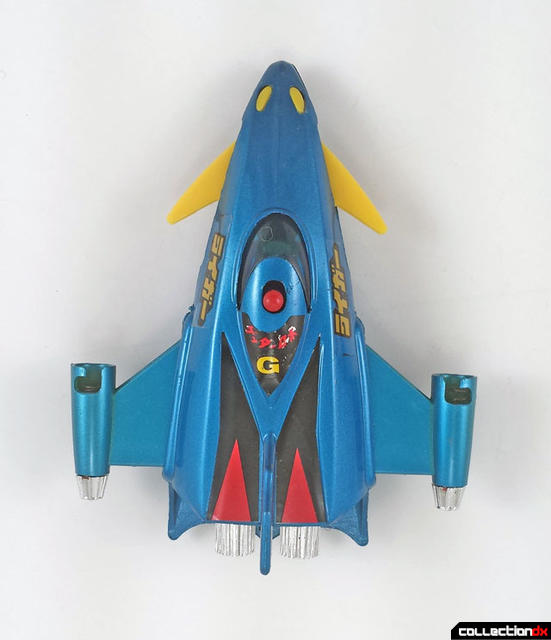 The toy features two play gimmicks and unlike Dragon, neither one really affects the overall visual enjoyment of it. The first is that when you press the red button on the top of the vehicle, the yellow fins on the front deploy. 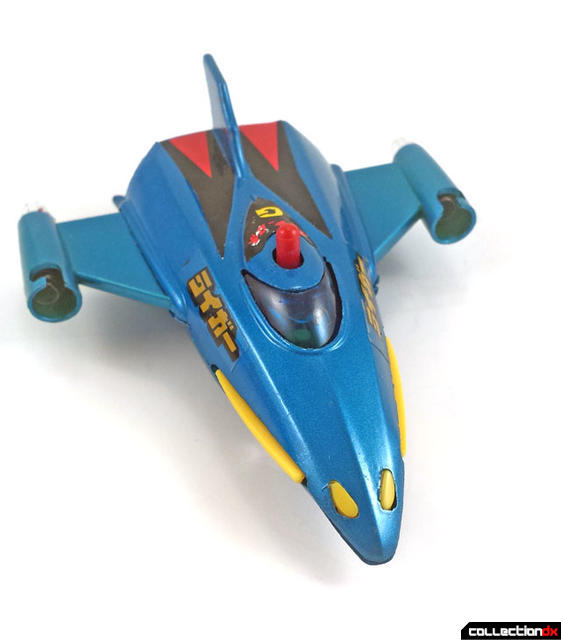 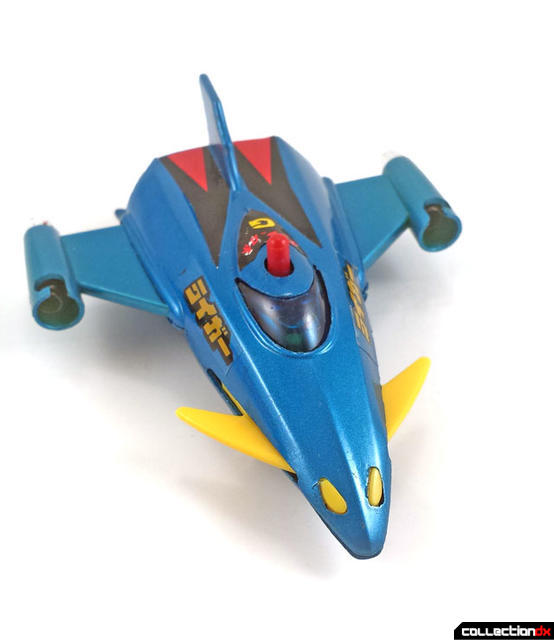 Even better, this one has launching missiles. While my missiles are still sealed in their original bags, it's easy to see how they operate. You simply push them into the wing tips and turn the pegs to the side to lock in place. When you want to fire them, just push the pegs back toward the openings and the springs will do the rest. 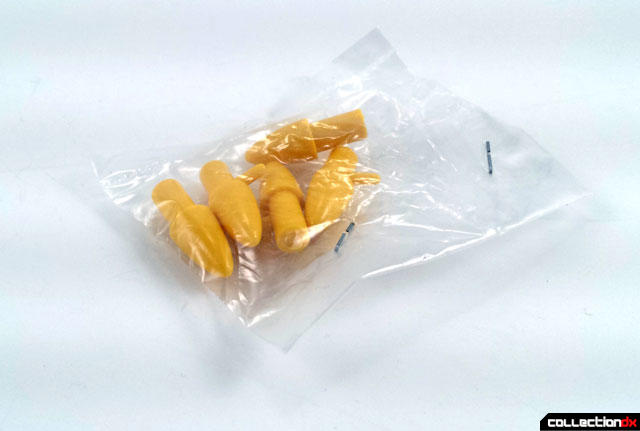 There is not really a lot to this toy, but there's also not anything to dislike. It's just a simple toy that looks great on the shelf.

my 4/5 year old self leaped off my chair. I would love to have this as a kid. Simple. but it hits all the things as a kid/collector that I love!