Matchbox Battle Kings (and by association, Super Kings) is a toy line that I don't actively collect, but am compelled to pick up whenever I see one. Their diecast construction and futuristic design was way ahead of its time.

I reminisced fondly about my Super Kings Car Transporter years ago, and now I bring you another of the "Kings" - the Missile Launcher from the Battle Kings line.

Back in the 70s, Lesney of England had their standard Matchbox line of cars. But they also experimented with larger versions of their cars called "Super Kings". Based on the success of Super Kings, Lesney came out with a military themed line called "Battle Kings". The line didn't do well.

At first the toys came out with shiny metallic paintjobs and weren't well received. They quickly re-released the toys in military colors and found more success, but the line didn't last long, ending in 1979.

The K-III Missile Launcher is one of the smaller vehicles in the line. It's a six-wheeled truck with a working missile launcher on the back. 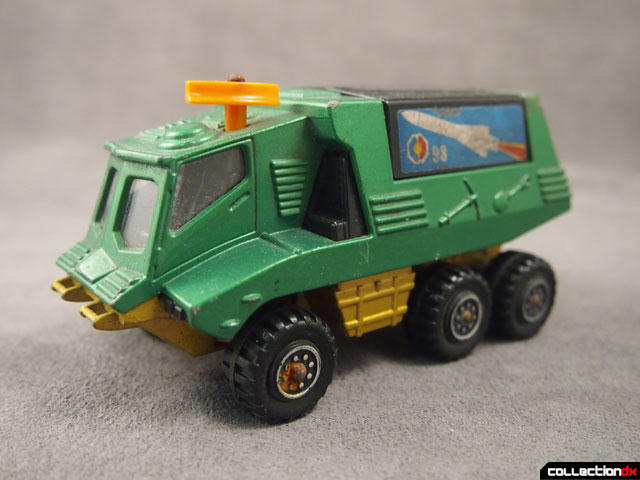 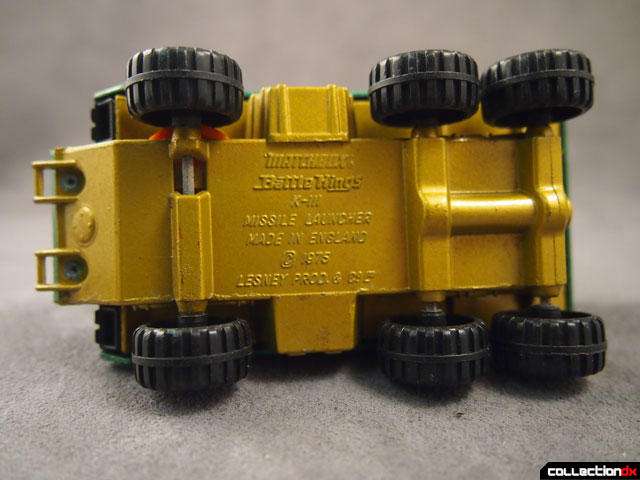 The toy sports a mesmerizing green paint job with exquisite molded detail throughout. Check out the tools molded onto the side. 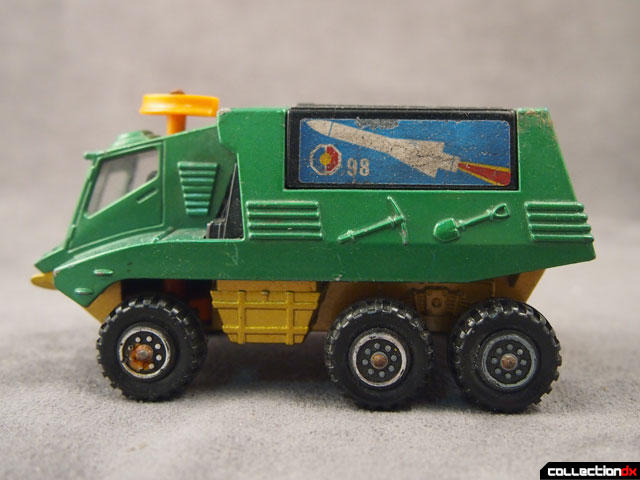 Each side of the opening bay doors has a retro-futuristic sticker, a feature which the recolor lacks. 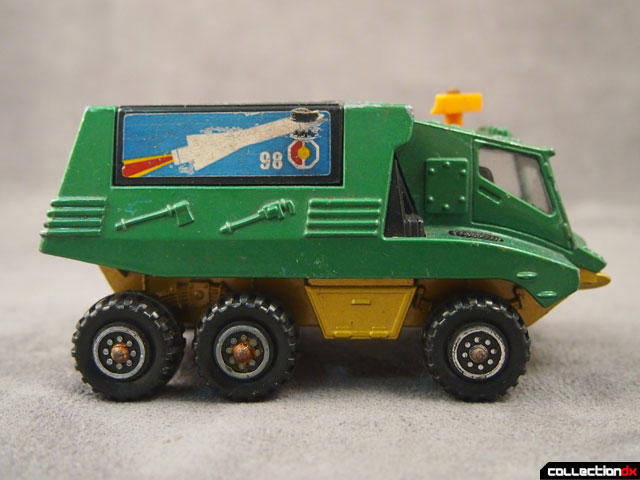 When you roll the toy across the ground the radar dish on the roof rotates. 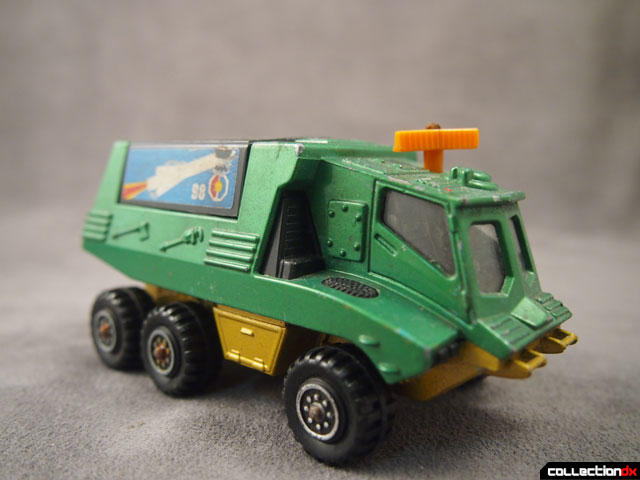 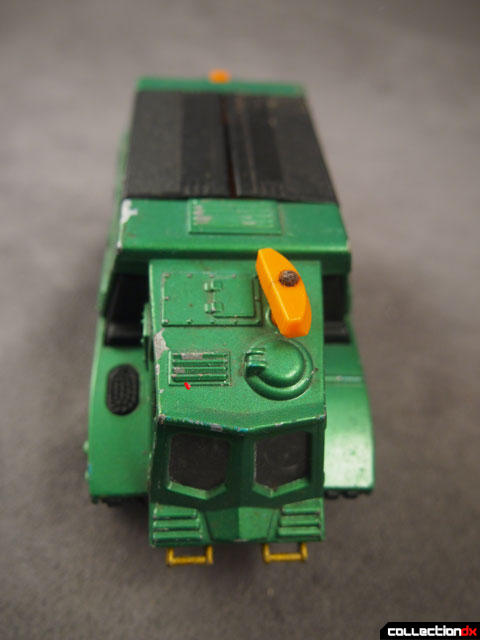 Push down on the orange lever on the back and the doors pop out and the launcher raises up. 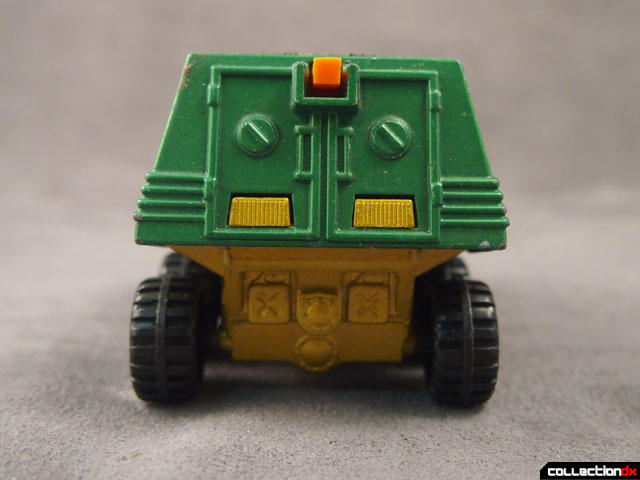 The small choking hazard missiles snap into clips on either door. Often the missiles are found wedged underneath the clips instead of inside them. 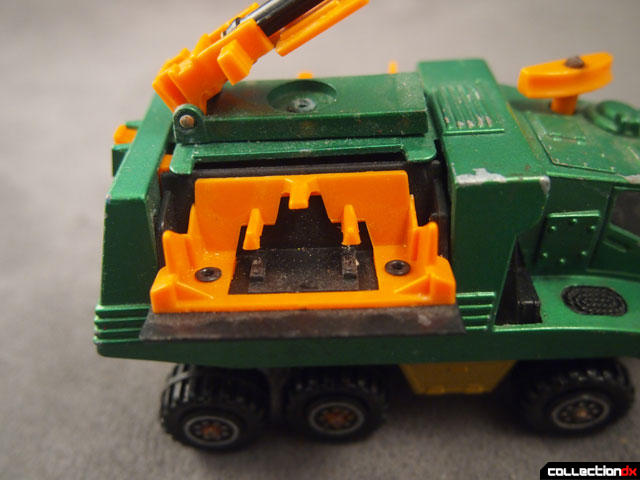 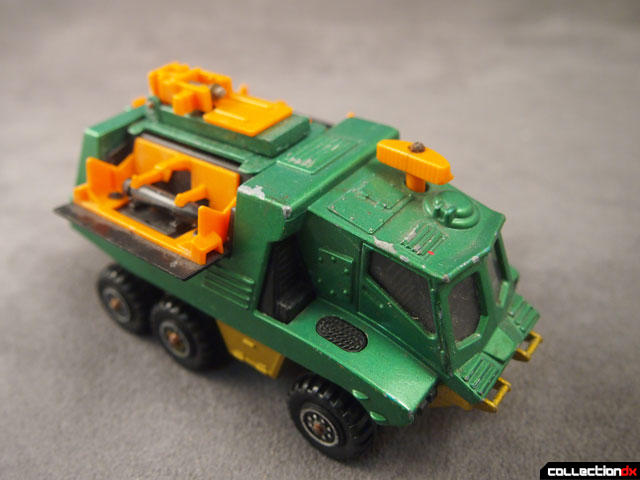 The missile clips into the launcher with a simple mechanism. With a push of the lever the missile launches far with surprising force. 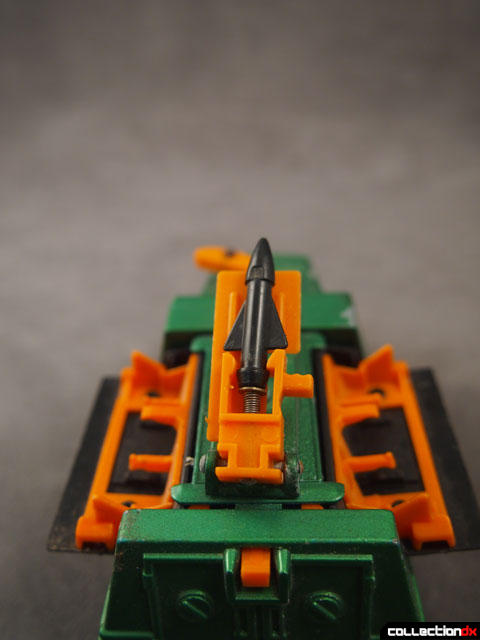 The launcher can raise and lower on a hinge. 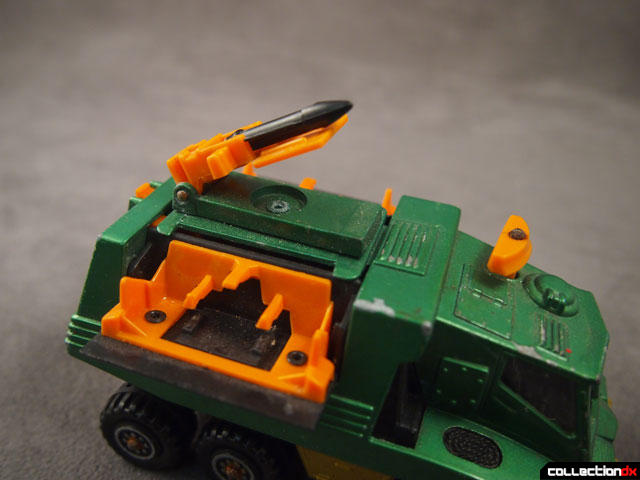 The repaint version came out a year later and features a more subdued traditional military paintjob. I don't like it as much. 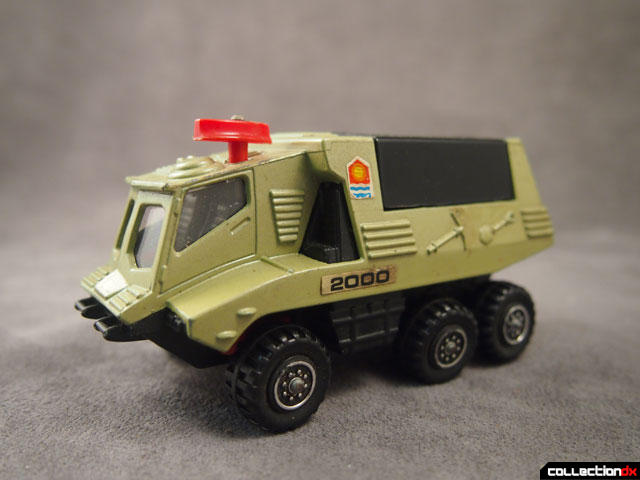 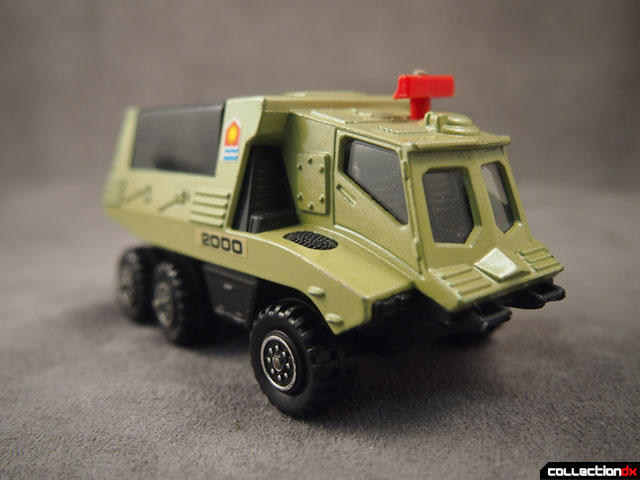 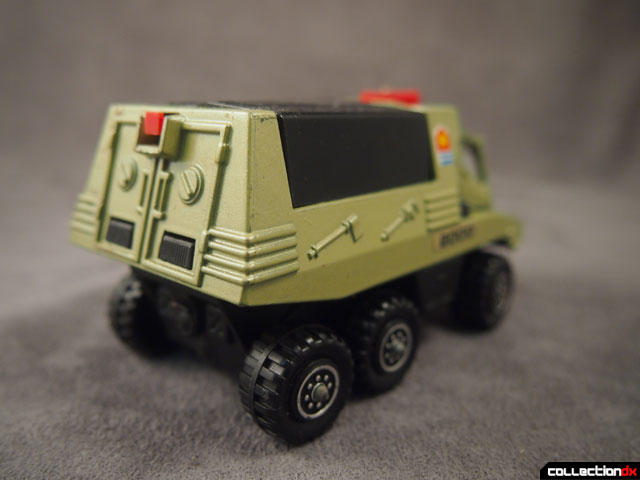 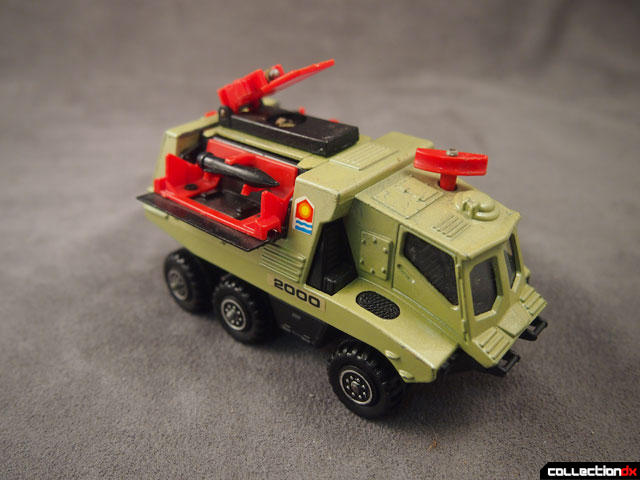 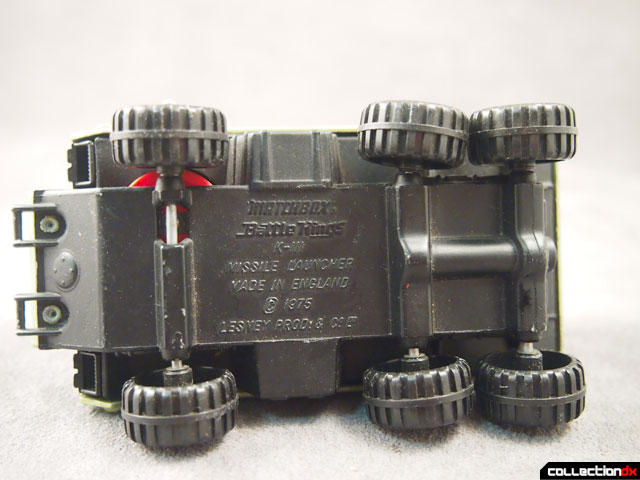 I'll continue to pick up Super Kings, Battle Kings, Speed Kings and even Sea Kings as I come across them at yard sales, estate sales. They are too cool to pass up.

3 comments posted
I remember seeing these in toy catalogues...

...in toy shops in England when I was growing up. You still see the odd one from time to time, usually in very poor condition, at antique shops, charity shops or jumble sales. One of the vehicles in the line was almost certainly (its pretty much identical to the toy!) used as the model for the "Killdozer" tank used by Judge Dredd in the classic 2000AD saga "The Cursed Earth"!

I really enjoyed that review from a few years back and hoping you would do more at a later date,

This is a great design as well! Reminds me of Captain Scarlet!

There are so many 70's sci-fi hot wheels and matchbox toys like this and its always great when they get covered,

I cannot believe I owned this toy. I had totally forgotten it's existence until I saw this review. Thank you for covering it's crazy awakening memories that would never had returned without this review.