Fuji TV broadcast the original Getter Robo (ゲッターロボ) anime from April 4, 1974 to May 8, 1975. The show featured three vehicles which could combine to form three different robots, called Getter 1, Getter 2 and Getter 3. The show was very popular and all three robots were released as Jumbo Machinders in 1974.

Compared to Getter 1, Getter 2 is also easy to find. Some would even say it's easier to find than Getter 1, it's really depending of the market in fact but they're definitely quite close. 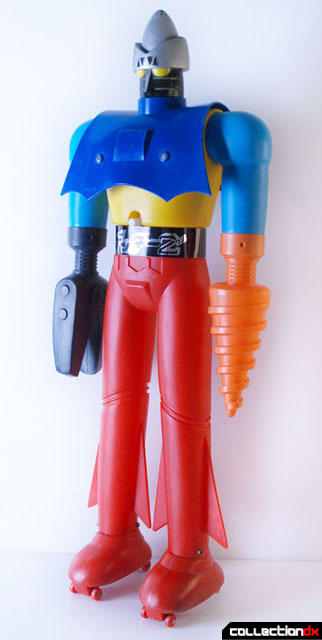 Like his big brother, he's really simple in terms of design, sharing almost the same colors, with a darker blue for the upper part on the chest. It has two pairs of wheels on each feet and is articulated like most of the Machinder from the early production. The neck and shoulders rotate and that's mainly it.

Two interesting things about this Machinder: first, he has a more feminine shape than most of the other jumbos. His legs are thinner and not straight like the others and the lower part of the legs have some kind of "wings" on each side. His pelvis is really small compare to most of the JM. The second thing, it's the only Machinder who doesn't have any hands. One arm ends with a big orange driller and the other one with a giant claw. None are articulated but it gives a singular look to this Jumbo. 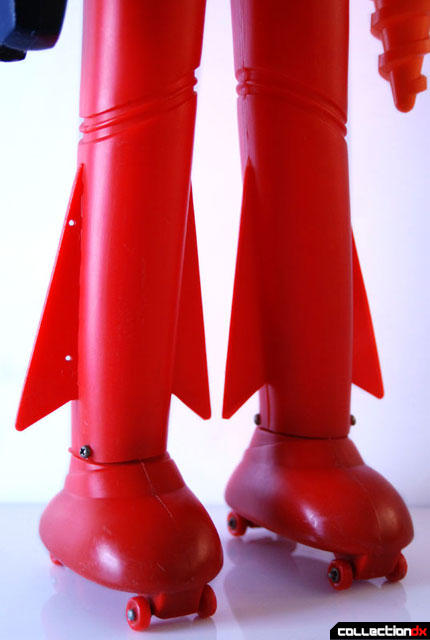 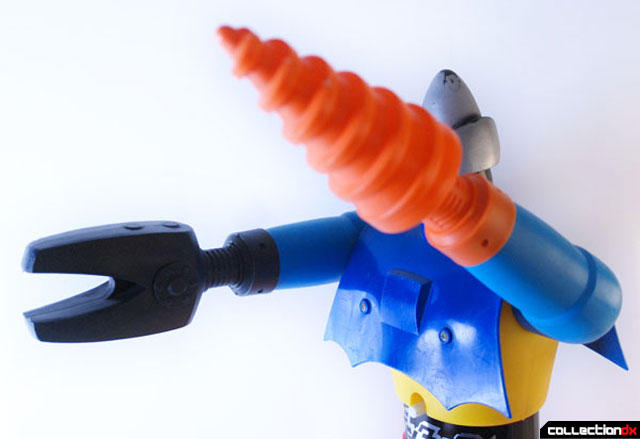 Also, one interesting thing is that it's probably the only Machinder to have no stickers except the one on the belt. The belt sticker is the same as Getter 1, black background and chrome lettering with a big number 2. The specimen displayed here has a repro belt, so the size of the writing on the belt is probably not accurate. 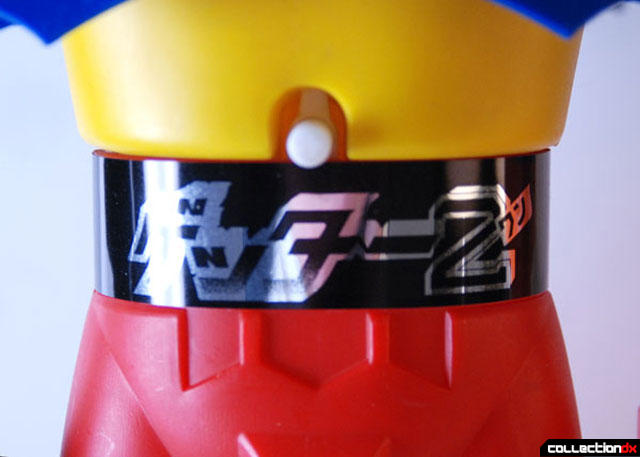 Like the two other Getters, he can be separated in two parts by pressing a tab on the front and back waist. You can see in the pictures how he looks on the other lower part of his brothers. 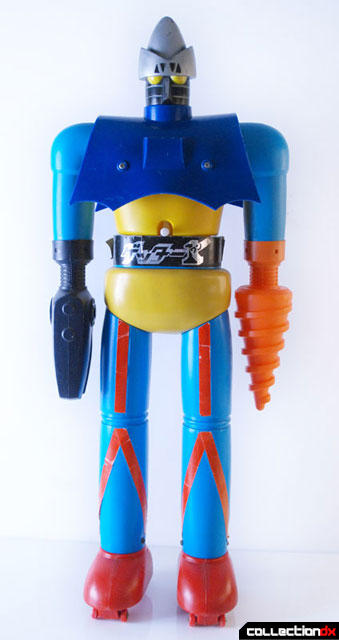 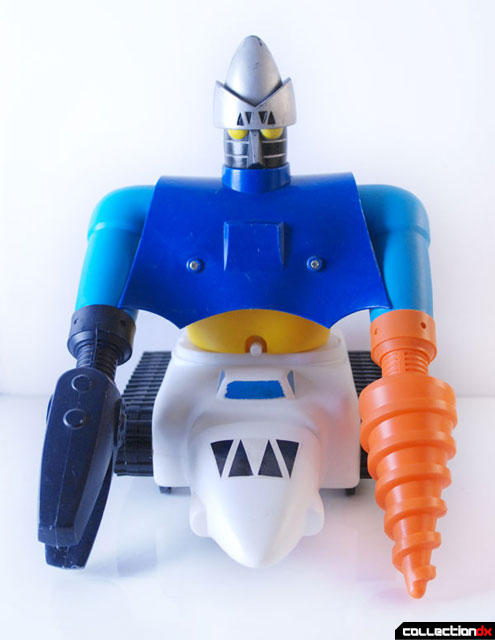 Most of the loose specimens I've seen didn't have the belt sticker. Compared to other Popy Jumbo Machinders, it's one of the cheaper and probably one of the first you'll hit if you decide to start collecting the Japanese Jumbo line.

So in conclusion, if you like simple design, a bit more organic shapes, this JM is for you. 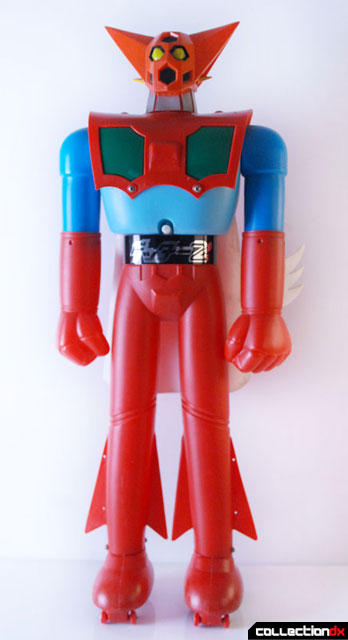 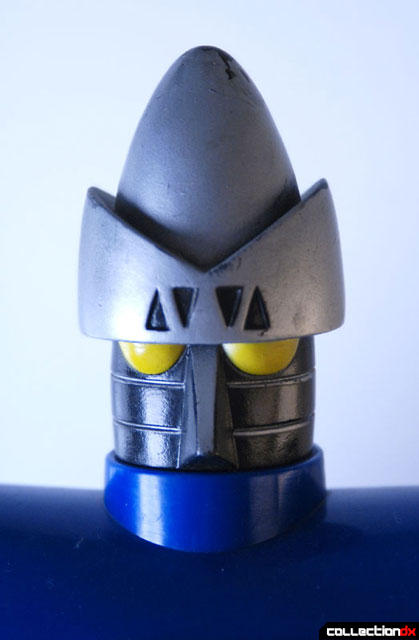 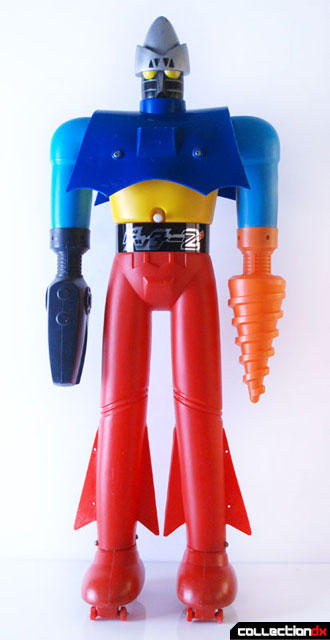 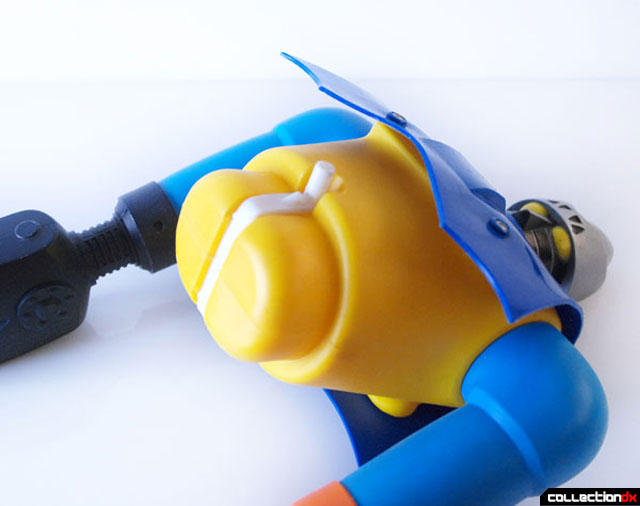 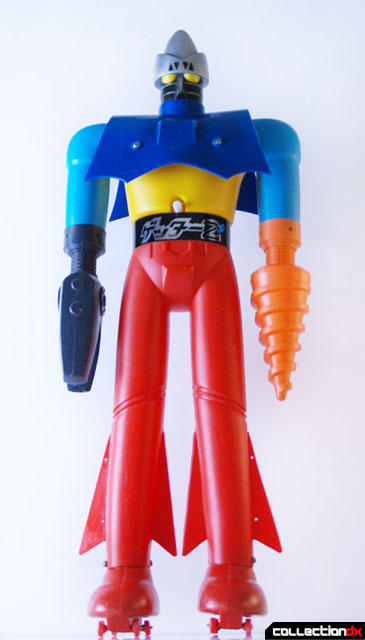 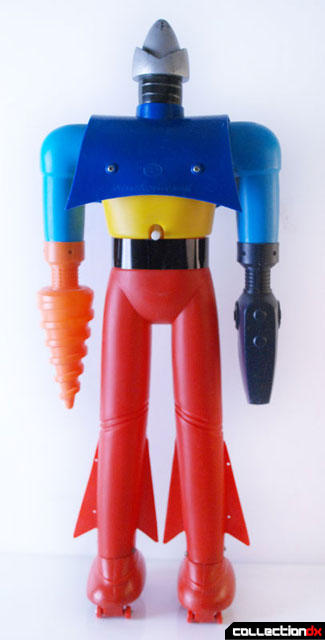 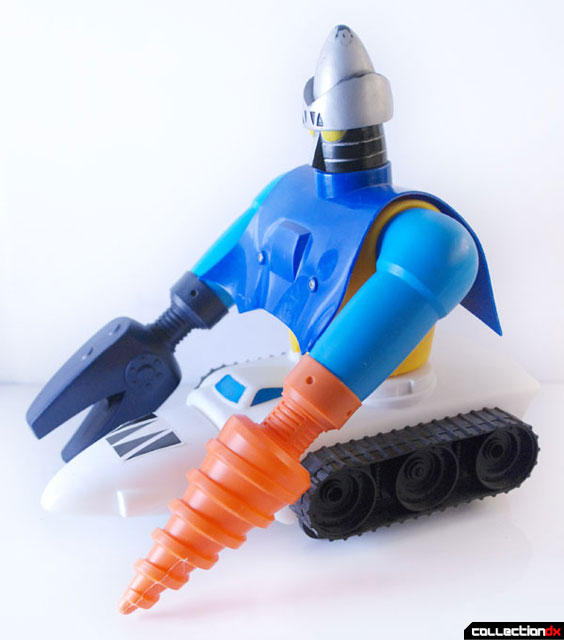 3 comments posted
Nice work! The only thing I

Nice work! The only thing I would like to add is that it can be very difficult to get this toy with no paint loss on the head, and one without it can be significantly more expensive.

And maybe the only reason I tend to think of Getter 1 as being more common, is because I haven't got Getter 2 yet. :)

The jumbo looks sweet, but something is not right. Notice how on the waist sticker it says "Getter 2", with "Getter" being written in Japanese and "2" being written with the numeral 2 with the Japanese pronounciation over it? Well, the Japanese over the 2 doesn't say two.... it actually says one! It's obvious that the person who made the repro sticker based it off the Getter 1 waist sticker. They messed up, however. It's actually quite funny if you think about it.

I mentioned that to Mike after he sent the review. But he's a pretty busy guy and I'm sure fixing that is way down on his list of priorities. I recently finally picked up a Getter 2 myself so maybe I'll take a pic of the proper waist sticker and add it to the gallery.