Not the car, but the vinyl. Vinyl character toys have traditionally come in three sizes. Standard size is about 8 inches or so, the larger DX size can be about 12" or larger, and then there is the Mini.

Mini Sofubi are typically only a few inches tall and lack articulation. They often are molded in two pieces with a seam in the middle. The sculpts are often exaggerated and cartoonish, exemplifying the child-like nature of the toys. 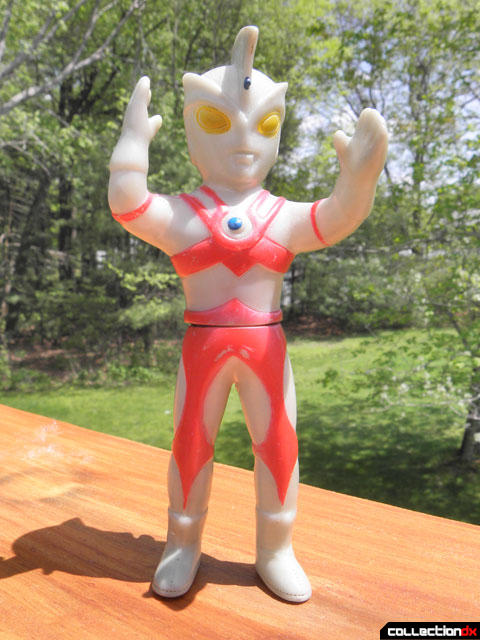 Where the Mini vinyl first came to prominence is not known, but it was likely around the time of the first ultraman vinyls by Bullmark in the early 70s. 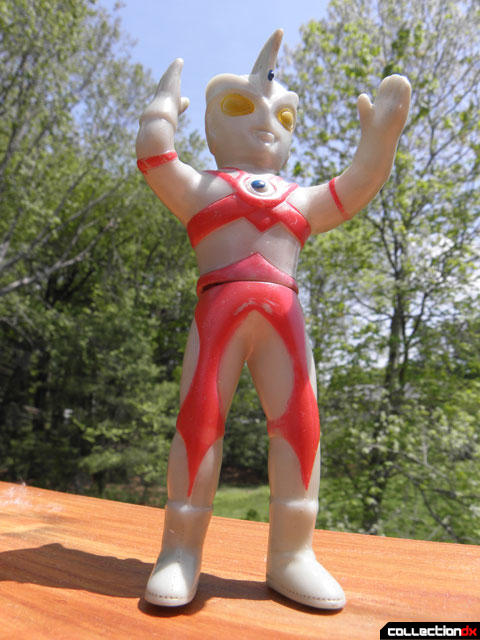 Cast in gray vinyl with red, gold and blue paint applications, Ultraman Ace is a humble sculpt. The details are soft and immature. Around the feet are the typical dotted texture lines, with the character name and manufacturer engraved on the bottom of the heels. 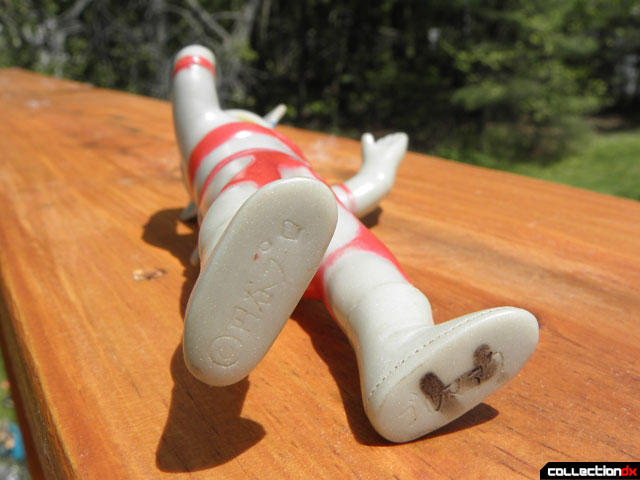 As an added bonus, a child's initial is written in marker on the bottom of the toy. (Ko or Ku?)

This ultraman Ace Mini Sofubi was bought at a flea market in Tokyo in 2009. I bought a dozen or so mini sofubi at that flea market, each about 100 yen. While there is not much to say about the figure itself, the find was great for me as it was one of those kind of finds you have dreams about. Sure, it wasn't anything particularly rare, but I found cheap-ass vintage Bullmark vinyls at a flea market in Japan.

What's worth more - the toy or the experience?

After I had come back from the trip, Spring ended and Summer started. I took out the wrinkled plastic bag that the old lady had put my purchases in. It was a beautiful warm summer day. I took each figure out, one by one, and shot them against the blue sky and green trees. 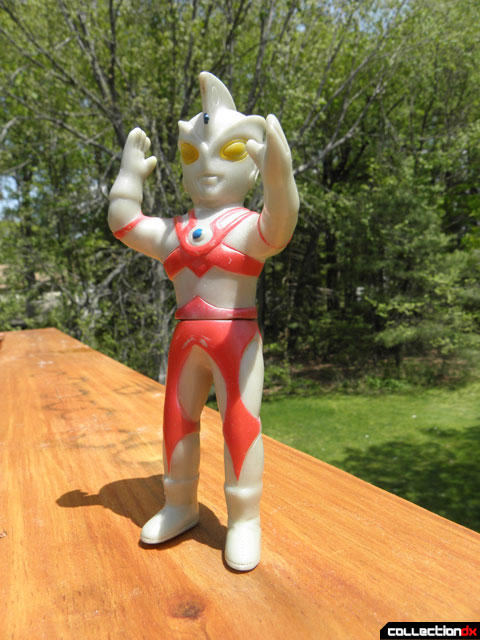 So now that Winter is settling in in New England, and there is frost on my car in the morning, I'm breaking out the toys that I scored in Tokyo and shot on that warm day. Maybe they will warm you a bit too. 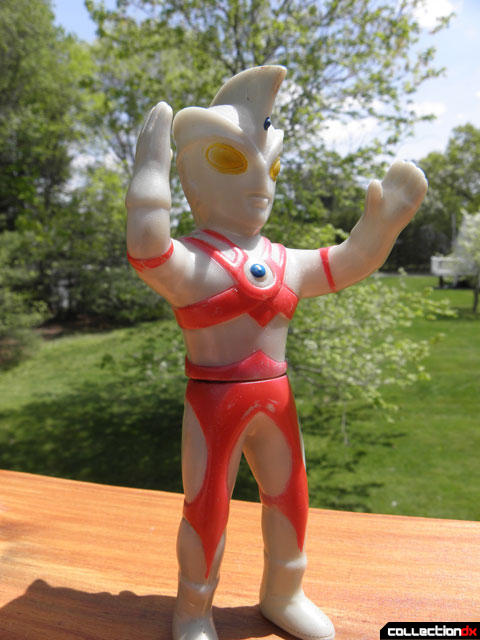 Great Josh. I read all of your trip documentary a while back. I remembered the part where you got these. Thanks for breaking 'em out for us!

You're turning into a real writer. This reads less like a toy review and more like a book exerpt. ("Chicken Soup for the Soul of Sofubi"?)

These are the type of posts that come only a few times a year, but that keep me coming back to CDX every day...