Kingdan X10 (キングダンX10) appeared in the fifth episode of Mazinger Z and was released in the first series of Jumbo Machinder villains (along with Dabulas M2, Kame Bazooka and Hasami Jaguar) in 1973. Originally intended only to be store displays, these four toys feature no firing gimmicks like the second series villains.

While all the Jumbo villain toys are notoriously hard to get, even harder to find are the boxes that they were sold in. So when this specimen appeared on Yahoo!Japan auctions a couple of years ago, I decided to go for it, even though both horns on the head were broken off and one was missing entirely. I figured it would be much easier to upgrade the toy later than it would be to find the box again.

Upon receiving the toy, I set about trying to make it displayable. I tried to fashion a new horn using some wire and magic sculpt. Now, I'll be the first to admit that I have very little artistic skill, but I think I did *fairly* good job of it. Not perfect, but ok. You don't really notice it isn't the original horn from more than a couple feet away and I've never had anyone point it out in pictures of my collection. Also, I wasn't able to find a perfect match for the original paint, but again, it looks close enough to pass. 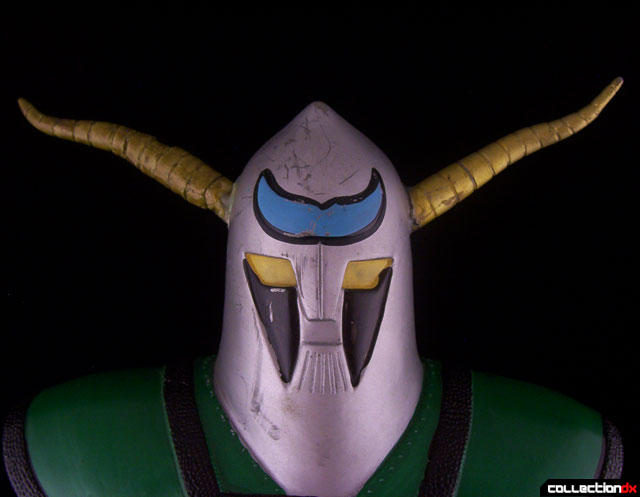 Kingdan X10 stands approximately 21" tall and is articulated at the hips, shoulders and waist. Although the arms can be moved up and down, poseability is restricted by the shoulder pads. You can only raised the hands up to slightly above the waist. 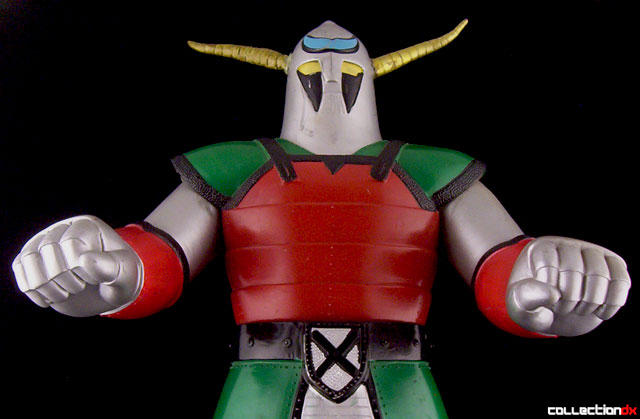 The copyright information ("Dynamic Pro", "Toei Animation" and "Popy") is molded into the bottom of the right foot while the left foot simply says "Mazinger Z vs. Kikaiju Kingdan X10." This was so that shop keepers would know how to display the toys in their stores. 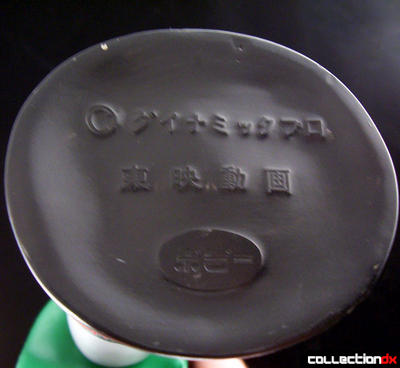 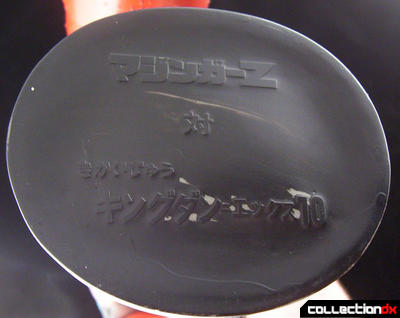 One thing I learned when I got this was that the box art is featured on BOTH sides of the box. So if one side is damaged (as is the case here) simply turn it around and display the better side. 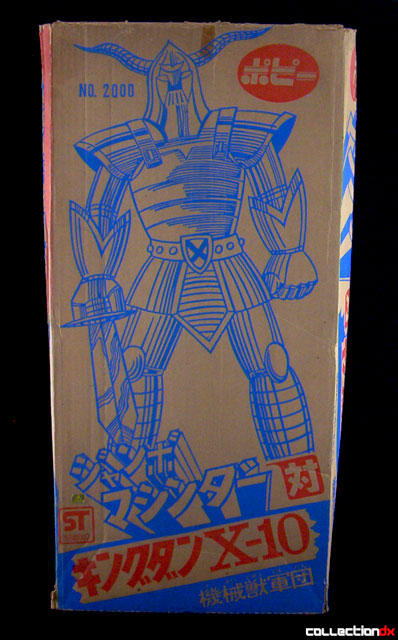 With first series villain height, a colorful paint scheme and a stoic look on his face, Kingdan X10 is one of the more popular Jumbo Machinder villains. It is also in the mid to low end of the rarity scale. Next to Spartan K5, it's probably the easiest Mazinger villain to get. (Personally, I consider it the easiest since getting a COMPLETE Spartan with the spear is exceptionally hard to do, but opinions vary.) It tends to show up a couple of times a year, but often with the horns broken. For whatever reason, I've also seen it repainted a couple of times, which I've not seen with other villains. Perhaps collectors who've had to repair the horns have decided to do full restoration jobs while they were at it. 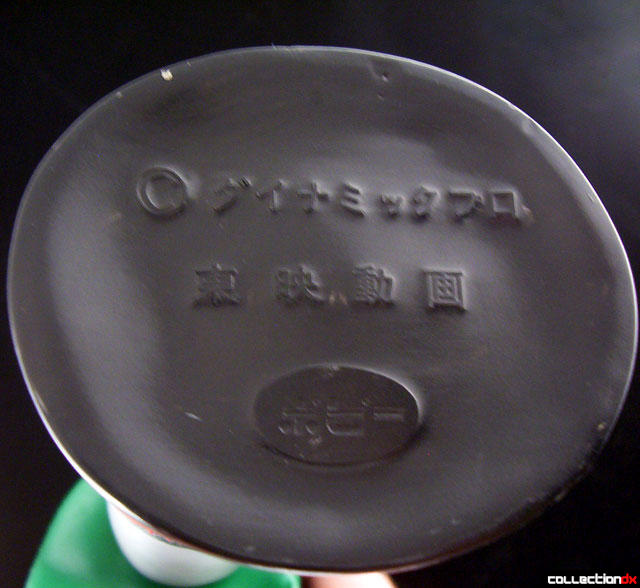 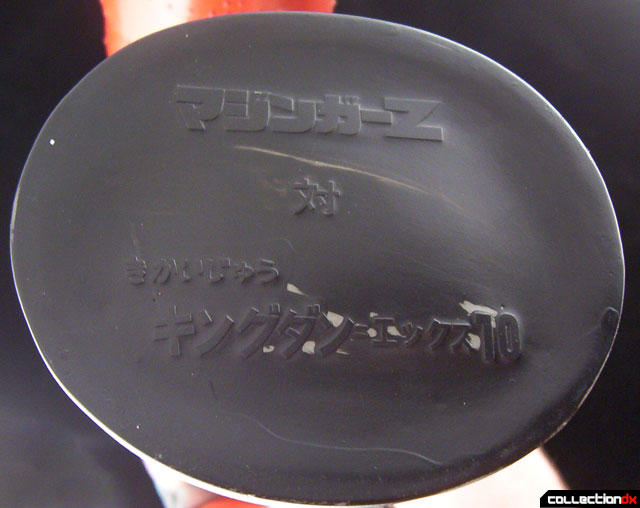 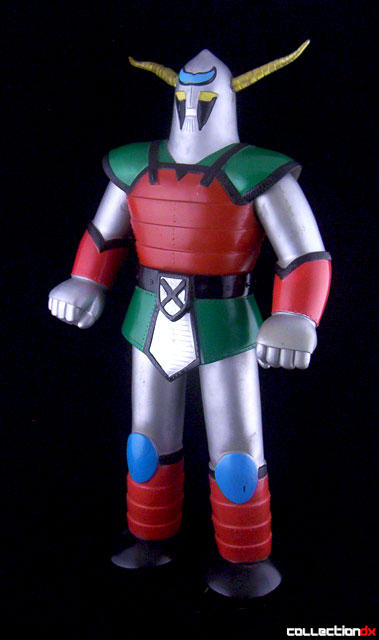 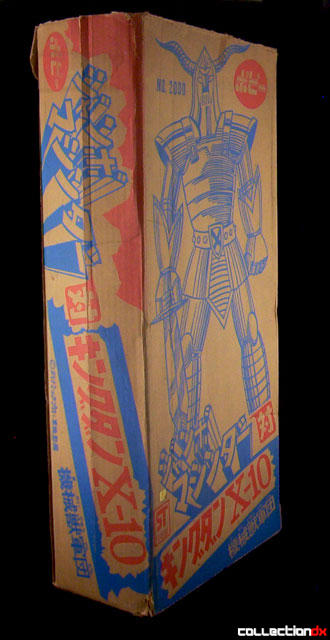 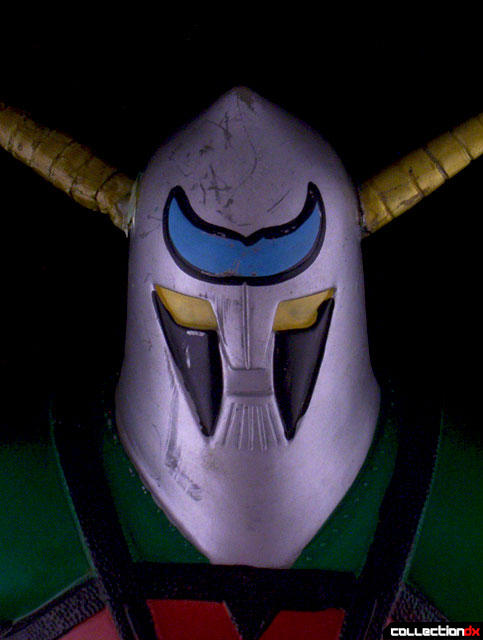 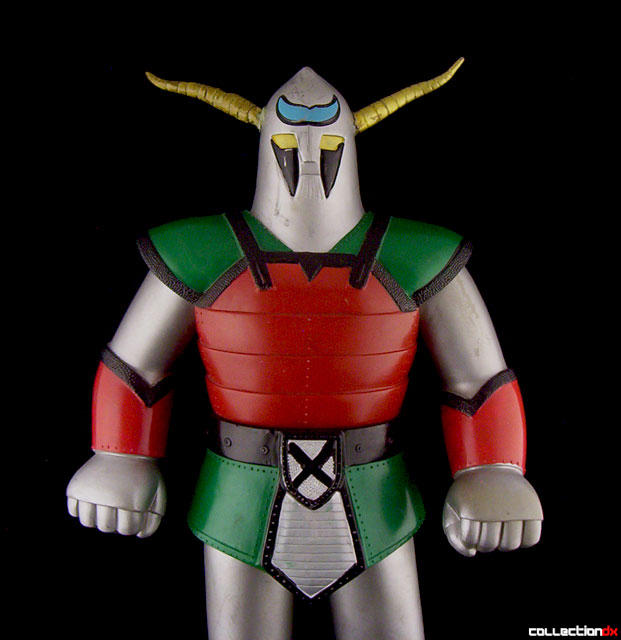 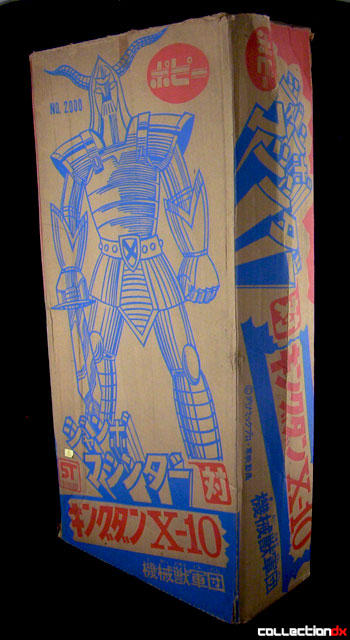 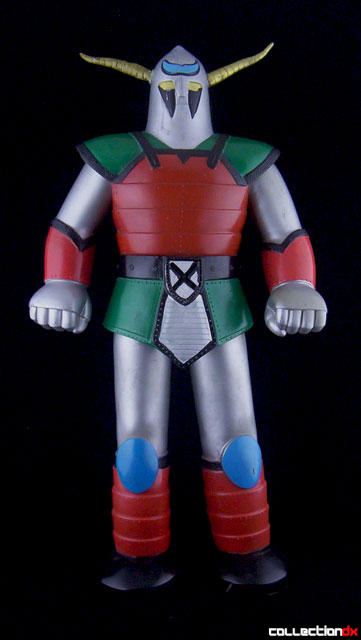 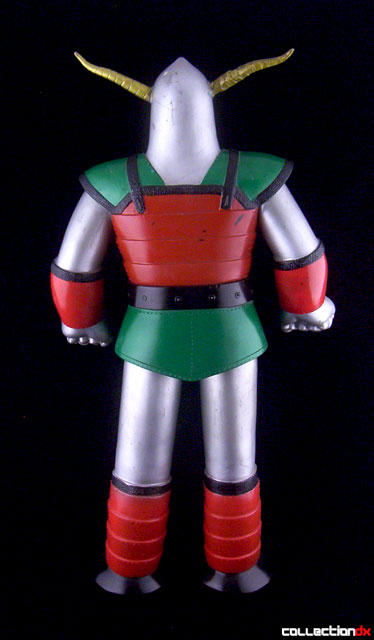 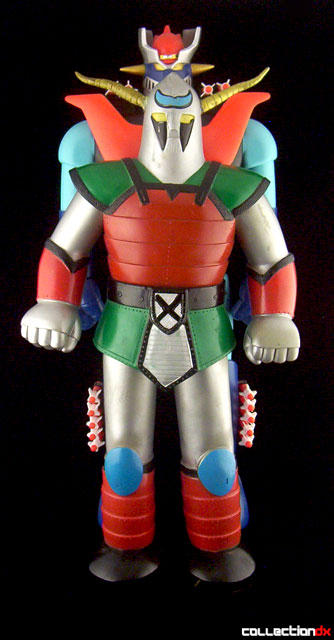 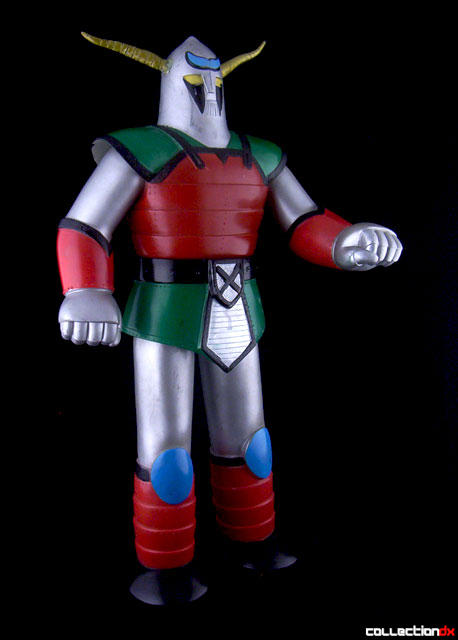 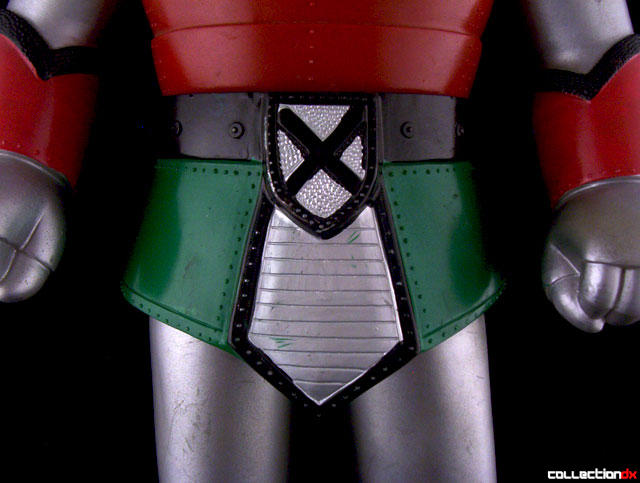