Hasami Jaguar (ハサミジャガー)was one of two villains from the show Kamen Rider V3 to be released in the first series of Jumbo Machinder villains. The other was Kame Bazooka and both appeared togther in the first two episodes of the show, which aired from February 17, 1973 until February 9, 1974 on NET TV (later TV Asahi). (The other two first series Jumbo Machinder villains were Dabulas M2 and Kingdan X10.) 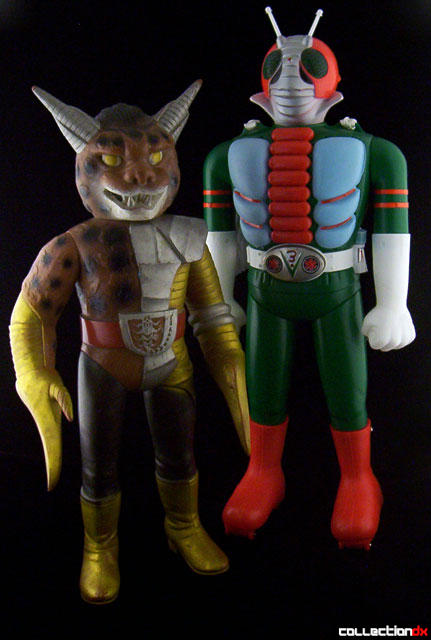 The villains from the TV show all combine an animal with some kind of man-made item. Hasami Jaguar is a jaguar with a giant blade on each hand and when those blades are combined, they form a giant pair of scissors. ("Hasami" is Japanese for "Scissors", hence...Hasami Jaguar = Scissors Jaguar). Hasami Jaguar was also able to transform himself into a Catholic priest as a disguise.

This toy was the first Jumbo villain I was able to get, and although he is probably my least favorite one, it was still a momentous occasion for me as I'd been wanting a villain for several years. Strangely, my next villain, Green Ghost C3, would be acquired just a week later. 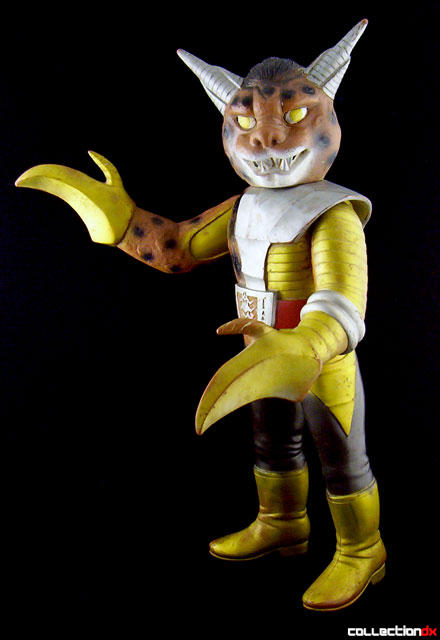 Hasami Jaguar is 21.5" tall with 5 points of articulation (hips, shoulders, and neck). The left arm doesn't raise as high as the right due to the silver shoulder pad on that side. Originally, the toy included whiskers on the face, but those are very often missing from remaining specimens today, including mine unfortunately. (Sadly, I'm also missing the box.) 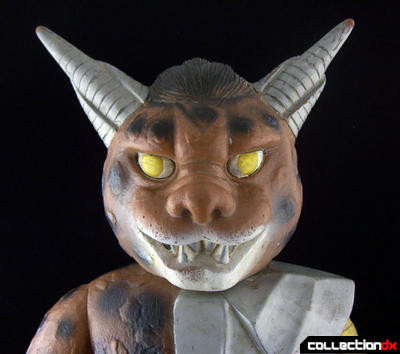 As with all the first series villains, Hasami Jaguar was originally intended to be a store display and is made entirely out of soft vinyl. He is at least partially handpainted and you can still see brush strokes on various parts of his body. Name and copyright information is etched into the bottom of each of his feet so that shop owners would know who to display him with. I really dont know kanji, but I do know that the left foot says "Kamen Rider V3 versus Destron "Mystery Man" (?) Hasami Jaguar" while the right foot says "Popy" and "Ishinomori Productions", something I can't read, and then "Toei Company". 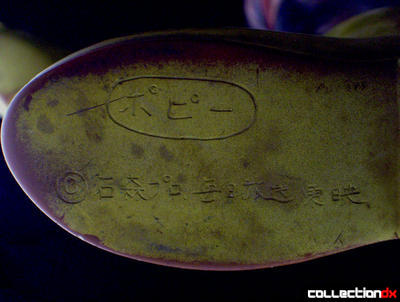 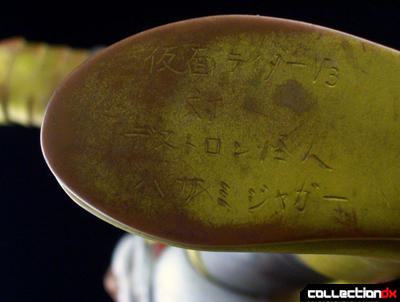 Like all Jumbo Machinder villains, Hasami Jaguar is not an easy toy to get. It's probably in the middle of the pack as far as rarity among villains go. It does show up from time to time, but almost always loose and missing the whiskers. I think if I had a perfect deadstock specimen, I might like the toy more. Though I'm not a huge fan of the character, it does look sharp when the paint is still shiny and perfect. 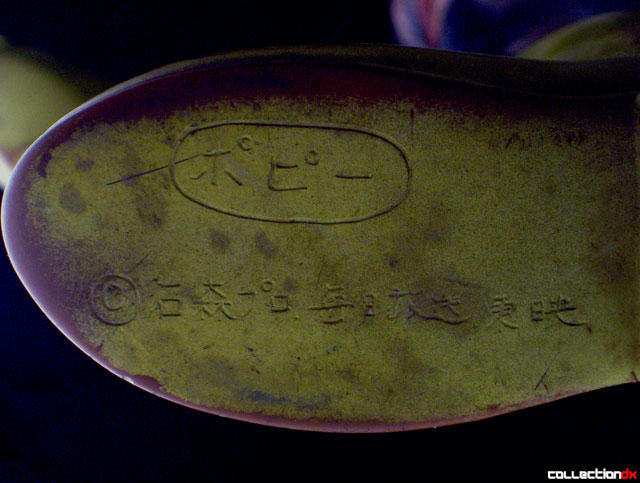 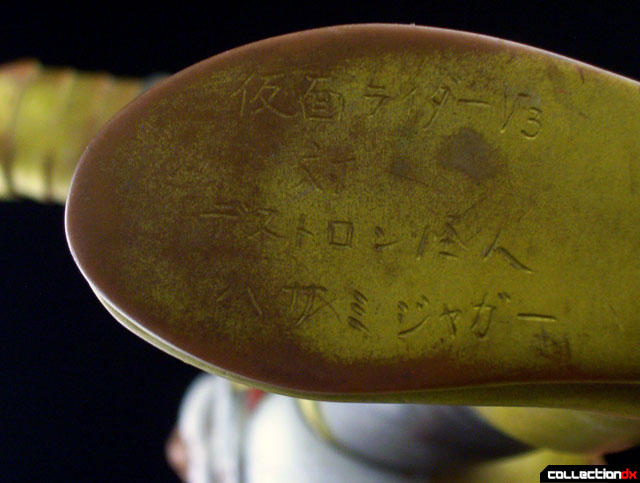 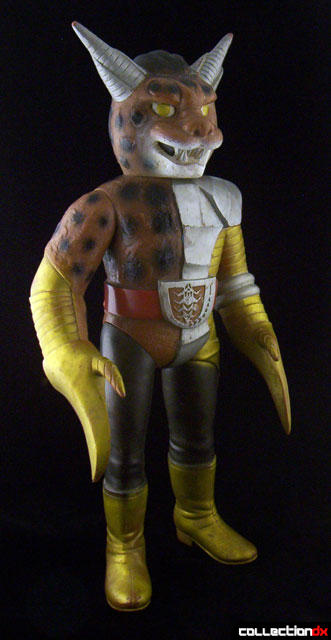 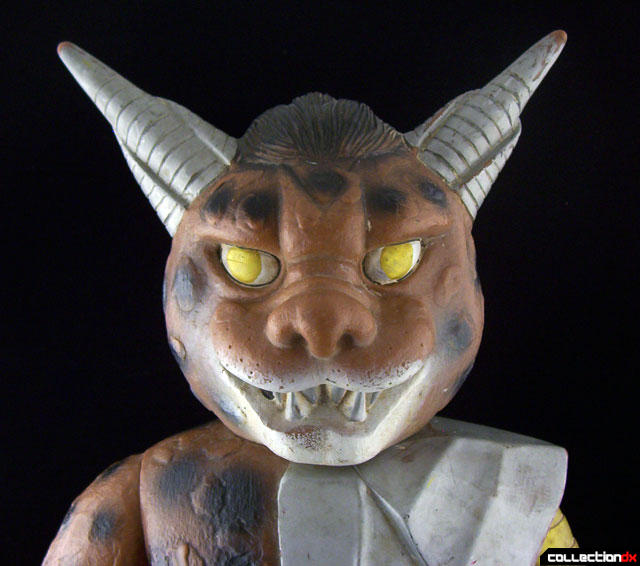 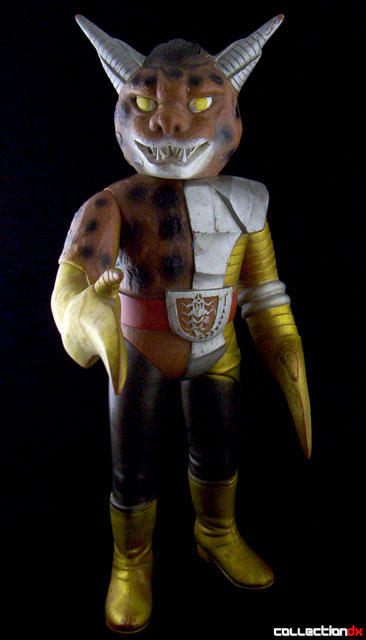 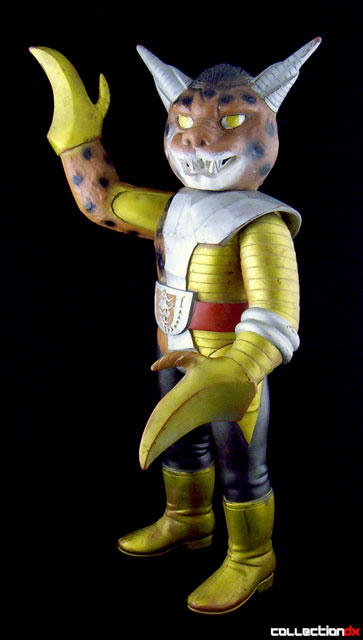 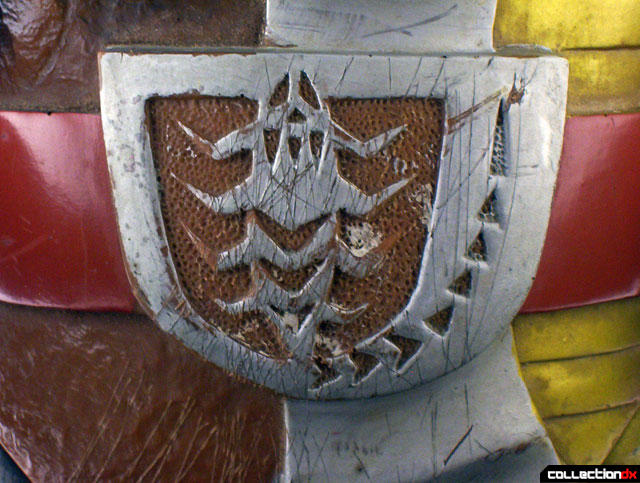 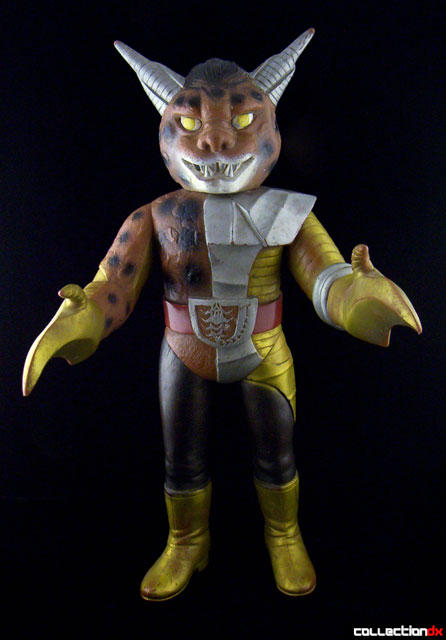 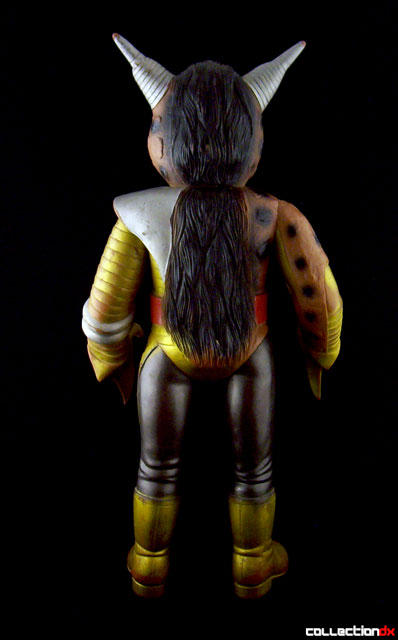 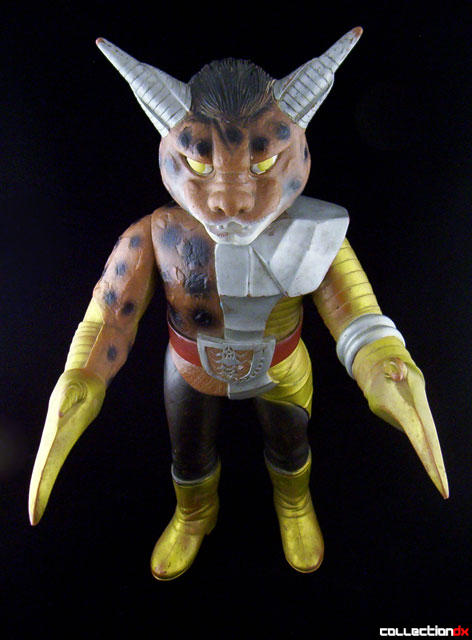