Part Jumbo Machinder, part baseball pitching machine, Battinger, sometimes referred to as Astron or Earthtron Battinger, was released by Bullmark in 1971. And as such it predates the first official Jumbo Machinder by a two years. Some purists don't consider it a Jumbo, but I think it fits right in alongside other jumbo kaiju such as the Shogun Warriors Godzilla and the World's Greatest Monsters Rodan. Unlike those two toys, Battinger does not originate from the Godzilla movies, but from the Ultraman TV show. 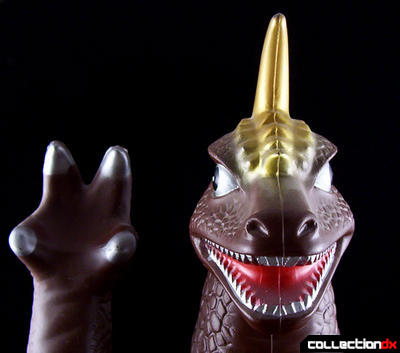 The toy is bigger than the Godzilla jumbo at 21" tall and is an inch taller when placed in it's platform. The feet have pegs that fit into holes in the base and there are adjustable tabs that hug the feet to hold it steady. The left arm is adjustable but the right is always fixed in place when not in it's pitching motion.

To use the pitching mechaism, you need to install two D batteries into the back compartment. Next, close the lid and slide the unit onto Battingers back. 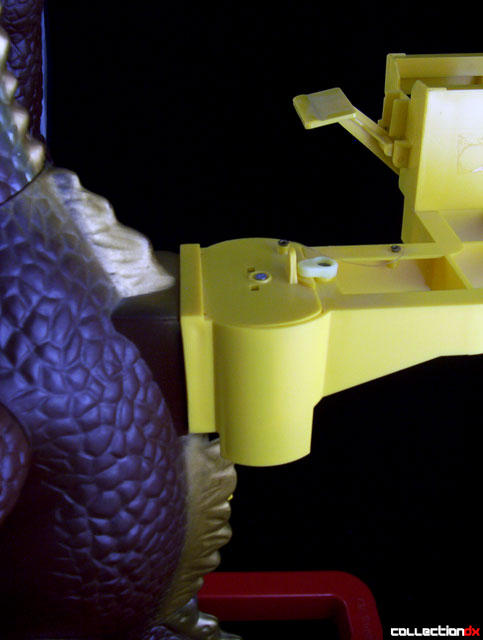 With this unit attached, the toy will be about 22" deep so if you intend to just display it, you'll likely want to leave this piece in the box. There is a clear plastic frame that goes over the row of balls that you NEED to have. If this is missing, the balls will not load into Battinger's hand properly. Even if it's bent (like mine) it might not work every time. So if you are thinking of buying this toy, make sure you get a specimen that has this included. This shouldn't be a problem though as this is one of those toys that seems to show up complete and in the box more often than not. 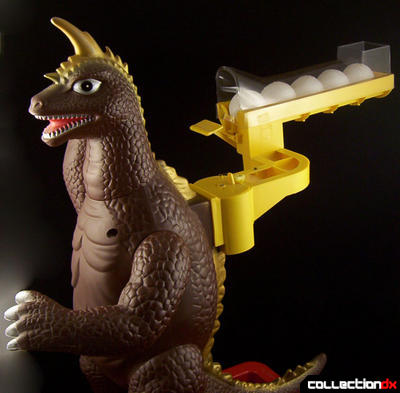 Lastly, just load the balls into the hole in the back of the plastic covering, turn the switch in Battinger's back to ON and you're ready for some kaiju baseball! A small plastic bat is included, as well as a small plastic tennis racket.

You may have noted that the color of the ball holder and the ON/OFF switch is different in the commercial than on the toy pictured here. I'm not sure if that is a variation or a prototype in the commercial. I don't recall ever seeing the toy in red like that before, but I just may not have noticed.

This is one of my favorite toys, though I tend to forget that because it's usually in storage for space reasons. I just don't have room to display my jumbo kaiju. But every time I take it out and fire it up, I remember how much fun it is. Jumbo collectors might be able to do without it, but it's a toy that every monster collector SHOULD have, in my opinion. For such an old toy, it's surprisingly easy to acquire. They are ALWAYS available on Yahoo!Japan and often appear in shops in Japan as well. It's less easy to get here in the United States, but they do show up. Sometimes the price is higher than it should be though. 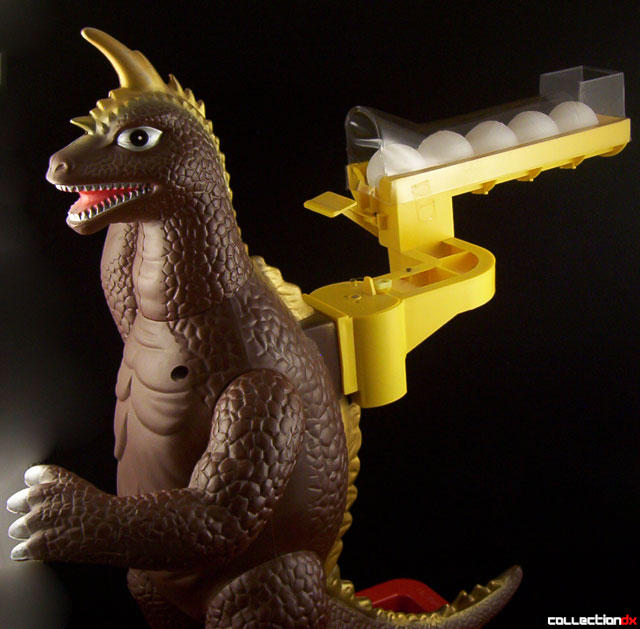 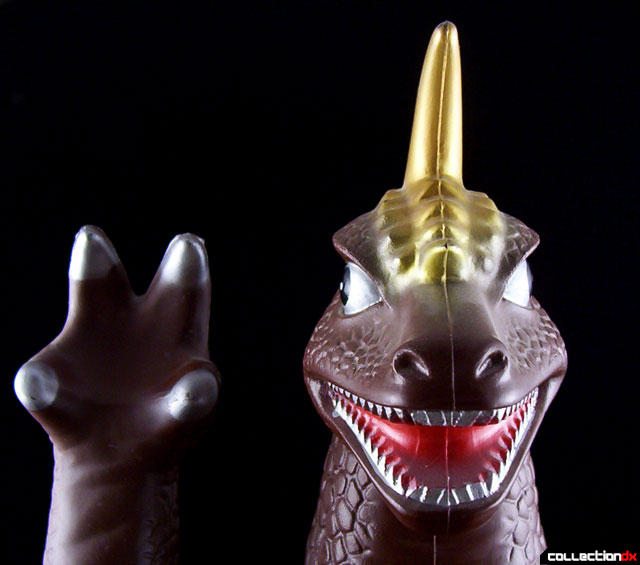 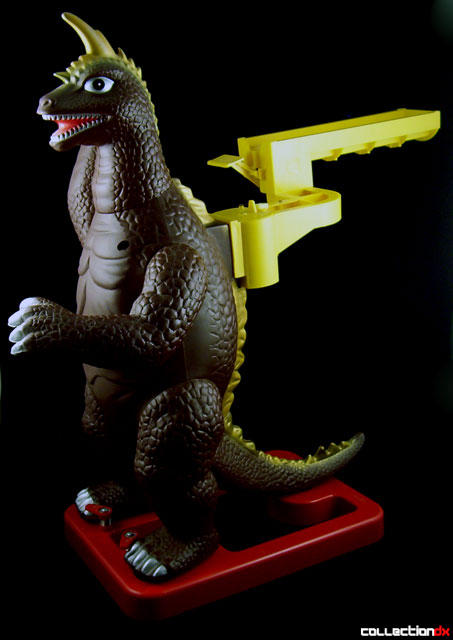 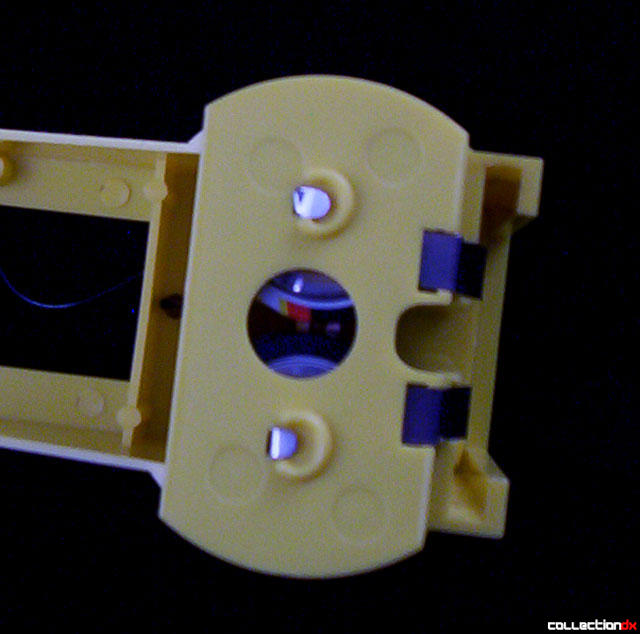 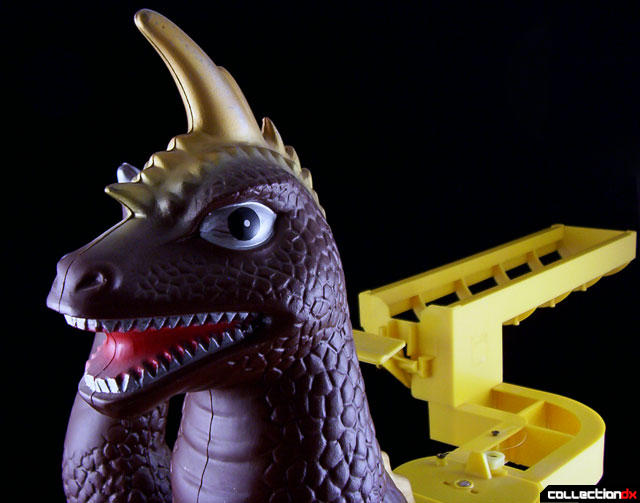 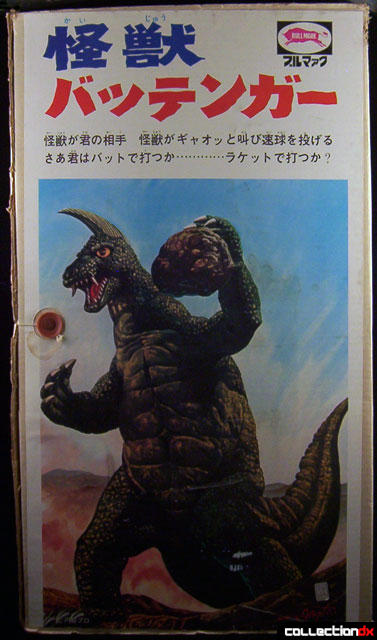 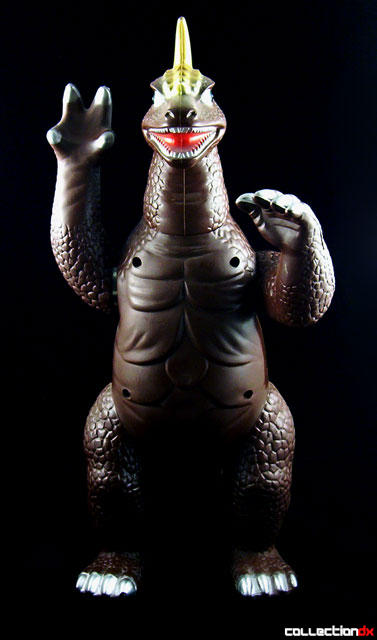 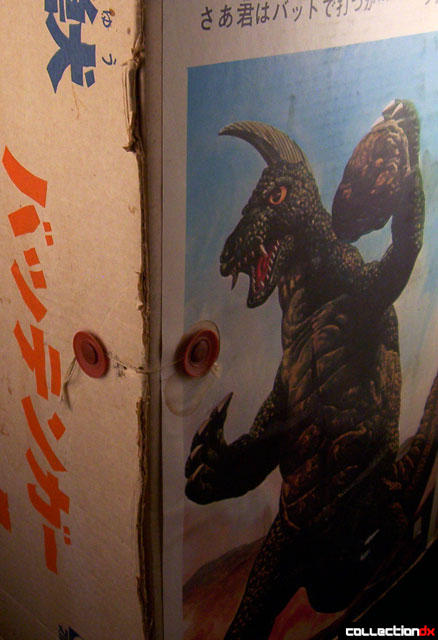 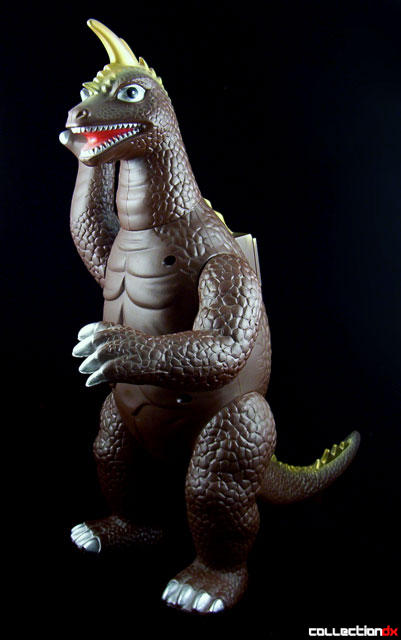 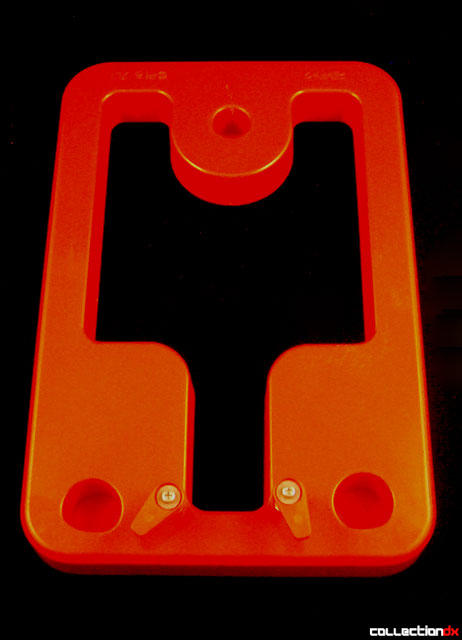 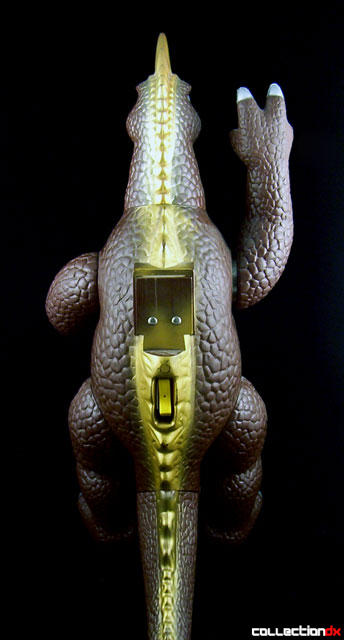 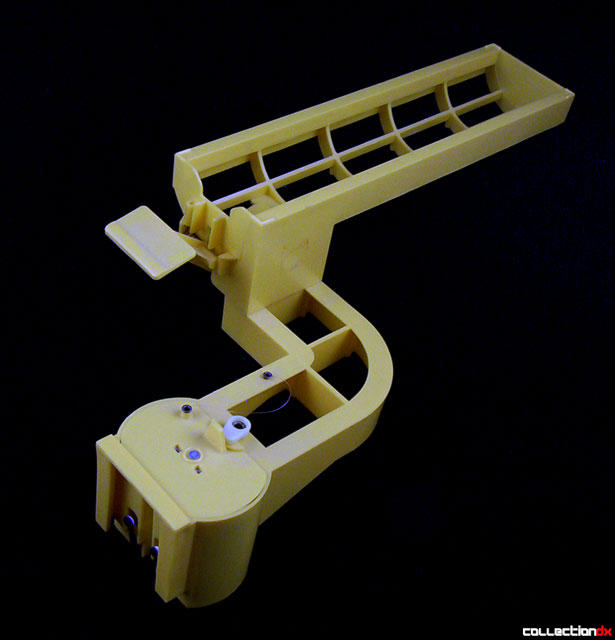 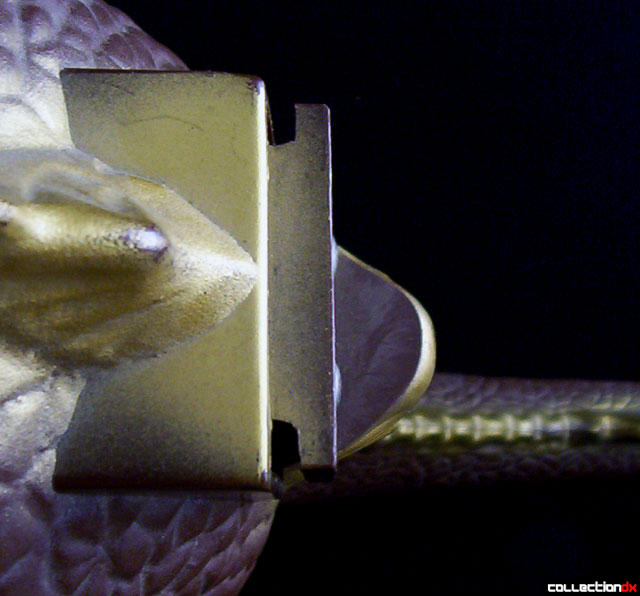 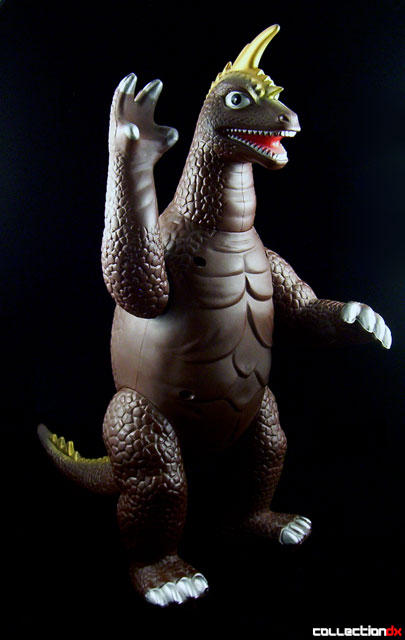