At first blush, I considered Ushi-Oni to be the runt of the Nitto's yokai toys. Standing at a mere 5.5" tall (or closer to 6 if you measure to the very tip of the horn), he's easily the shortest of the set so he was immediately behind the 8-ball, so to speak. But over time, his impish grin and distinctive coloring would begin to win me over. 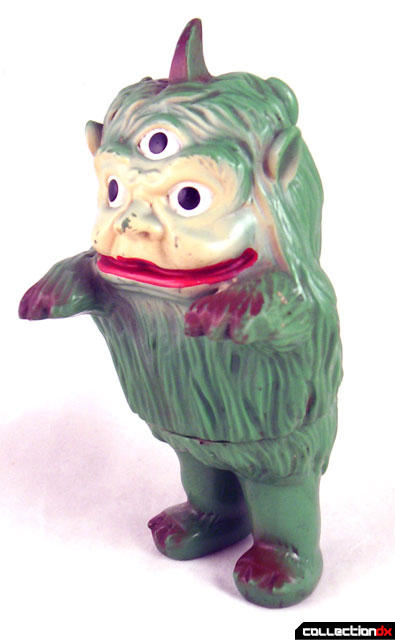 His outstretched hands and big, wide eyes are reminiscent of a ugly but playful puppy. He may not be much to look at, but he'll win you over with his charm. 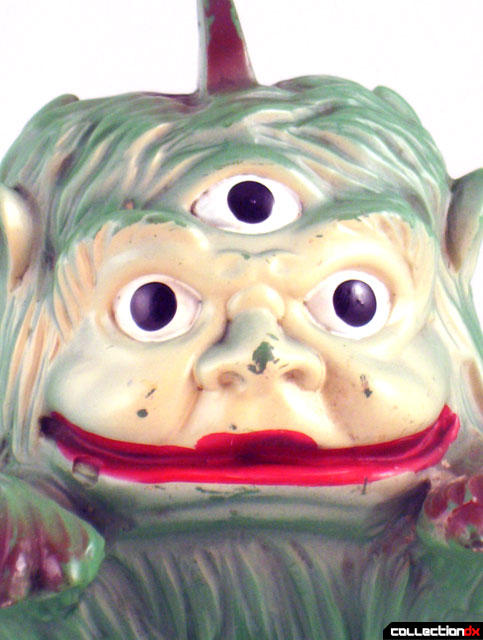 Much like Abura Sumashi, Ushi-Oni has a very natural looking paint scheme (which has seen better days on my specimen, as you can see above). He looks like he's jumping out at you from a tall, dense grass. The hands, feet and horn are spotted with a contrasting brown paint, which then continues to run the length of the back, all the down to the end of the tail. 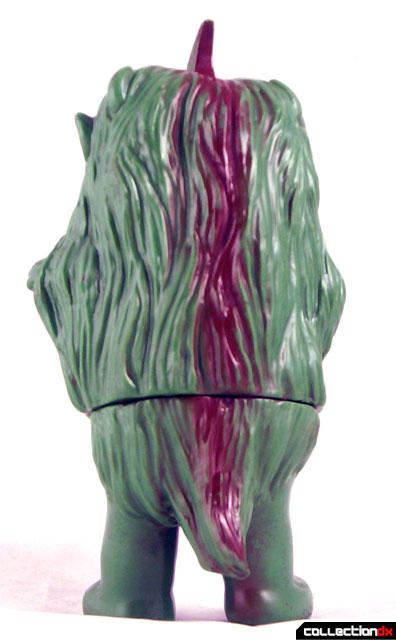 Ushi-Oni has only one point of articulation, but it is a waist joint. It comes from the Daiei Yokai films of the late 1960s. 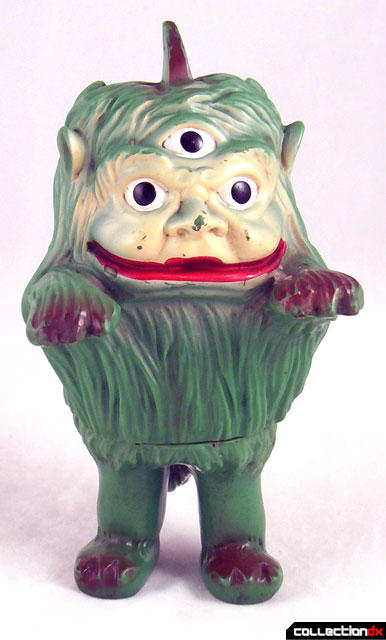 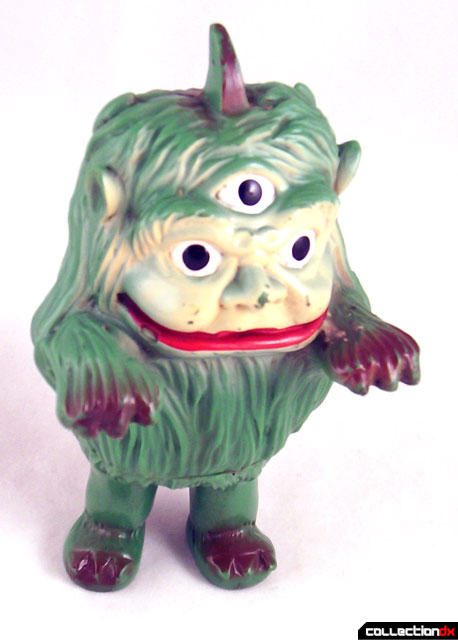 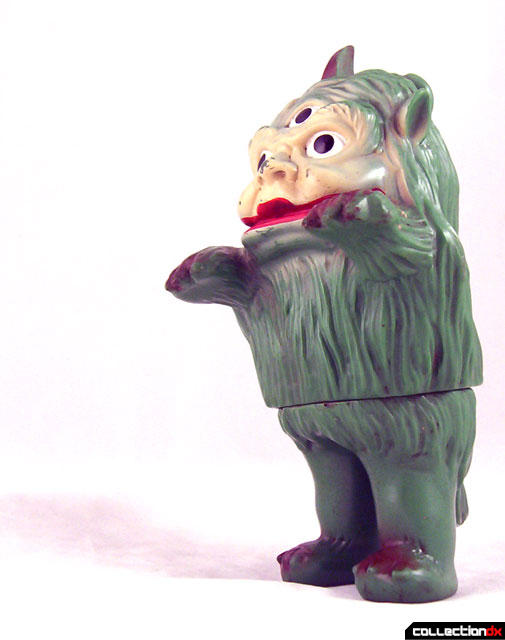