As my appreciation for Ushi-Oni grew, Hitotsume Kozou came to be my least favorite yokai toy. With the exception of his cyclopean appearance, there's really nothing else monstrous or frightening about the character. He's just a one-eyed bald kid who likes to taunt people, hence the outstretched tongue. 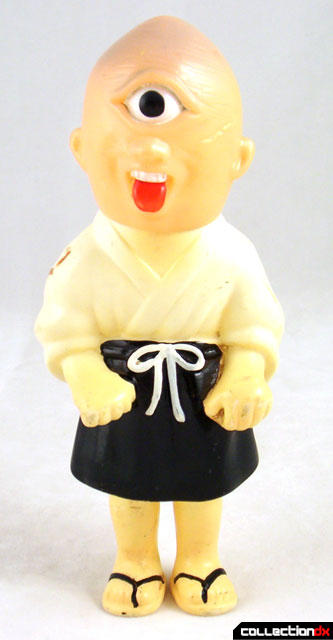 Perhaps the most appealing thing about the toy is it's colors. Featuring a caucasian flesh tone with white and black clothes, he provides a nice visual contrast to the rest of the characters in the set.

But taken on it's own, this one doesn't really offer much. It is just a hair over 6.5" tall. (Ok, maybe not a hair, but a pointy cranium.) There is just one point of articulation as you can turn the head side to side. Everything else is molded in place. The paint job is a bit sloppy on this one, too, with black overlapping over onto the bottom of the hands and some white blending into the forearms. Looking for a lot of fun and excitement? Then all slots online casino is your choice! An abundance of slot machines will not get bored! That doesn't bother me too much though. It just makes it feel a bit more like an old knick-knack instead of a toy.

Mine even has a few spots of brown paint on the head and shoulders. No idea where that came from.

Perhaps because it's arguably the least desirable of the Nitto yokai toys, Hitotsume Kozou is probably the most common and inexpensive of the bunch. 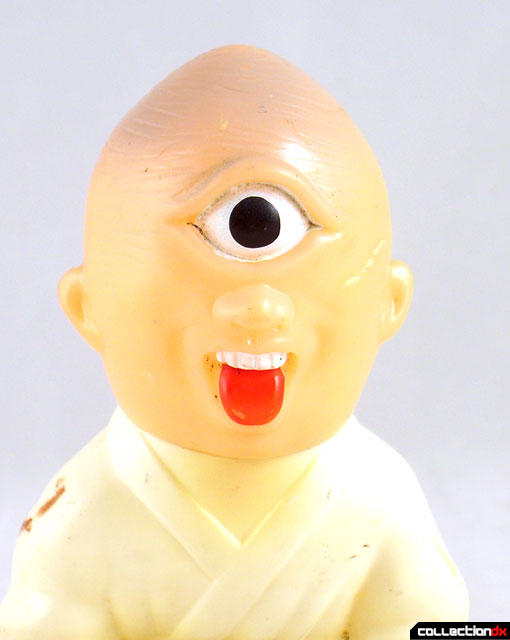