Following up on the success of the Getter Robo anime, Getter Robo G (ゲッターロボG) aired for 39 episodes on Fuji TV from May 15, 1975 to March 25, 1976 and spawned a great many toys in Japan. Furthermore, the show was adapted for American audiences and retitled as "Starvengers" when it was included in Jim Terry's famously popular "Force Five" cartoons. Just like it's predecessor, Getter Robo G featured three vehicles that could combine to form three different robots. This time around, the robots had slightly more interesting names, being called "Getter Dragon", Getter Liger (ゲッター ライガー), and Getter Poseidon.

While Getter Dragun may be the most popular of the three toys, Getter Liger is easily the hardest to get and quite desirable in his own right. It has a real sleek design that stands out from the pack and the color scheme, while simple, is quite alluring. The small bits of yellow on the shoulders and wingtips really add a lot. Like Dragon, Liger has "Getter Robo G" in Japanese on his stomach, with his name just beneath that. 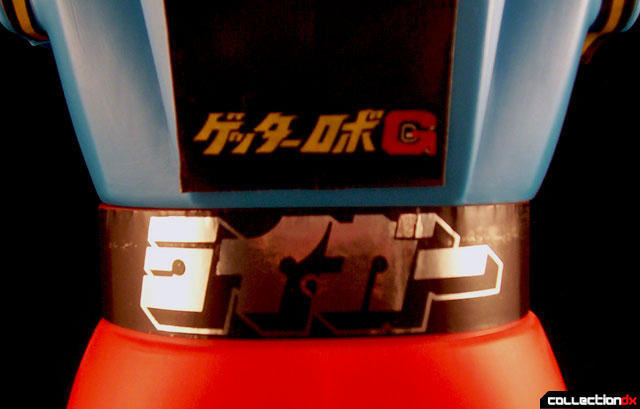 Upon seeing the yellow tips of the wings, new collectors sometimes think they these parts might launch. While that would have been a great gimmick, unfortunately, it is not the case. However the left-hand does have a firing mechanism to launch his "Liger Missiles". Liger comes with 3 big red missiles for this purpose. It should be noted as well that these missiles appear to be the same as those that come with the ZZ-06 accessory set, but are smaller and not compatible. 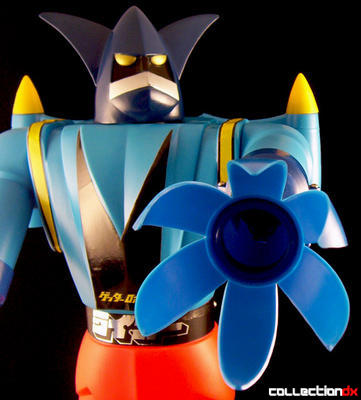 Probably the best part about this toy may also be the worst part. The left "pod arm" looks really beautiful, but the plastic here is thin where it connects to the arm. It's very common to see this toy with these parts broken off. So far mine is still intact, but it's something I worry about every time I touch the toy.

Getter Liger is the standard 23.5" tall and has wheels on his feet. The arms raise and lower and the head can be turned side to side. The wings on the back are held securely in place by four screws. The feet each have 3 white protrusions made out of rubber. These provide a bit of added detail, but the toy would probably be just as cool without them. Lastly, the box art is similar in style to the other two Getter G Machinders and also features the original prototype. 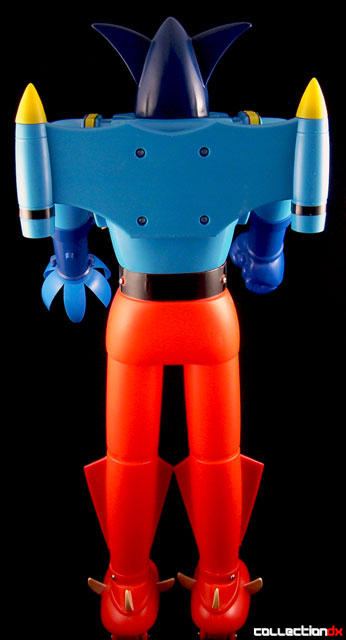 Even though Liger is the rarest of the Getter Robo G set, relative to the Jumbo Machinder line as a whole, it's still a fairly easy acquisition. Just getting it complete, in the box and with that pod arm unbroken is the trick. But this one comes with my highest recommendation. It's a really beautiful jumbo and makes a great set with his two brothers. 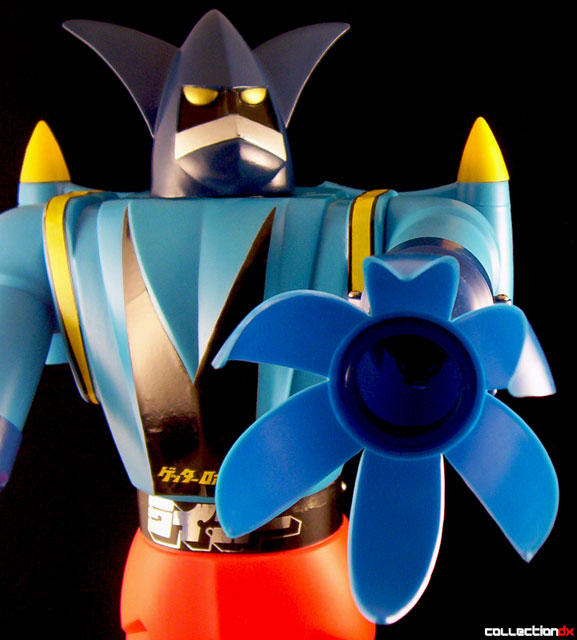 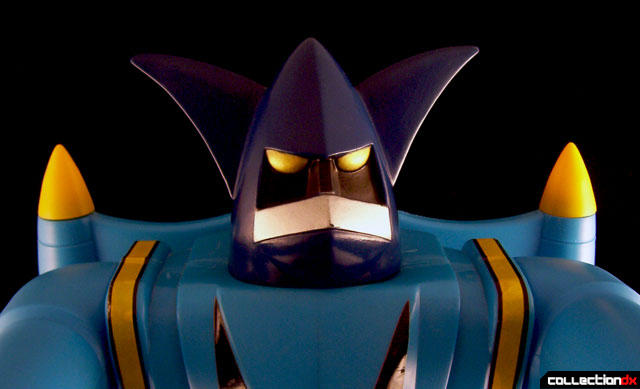 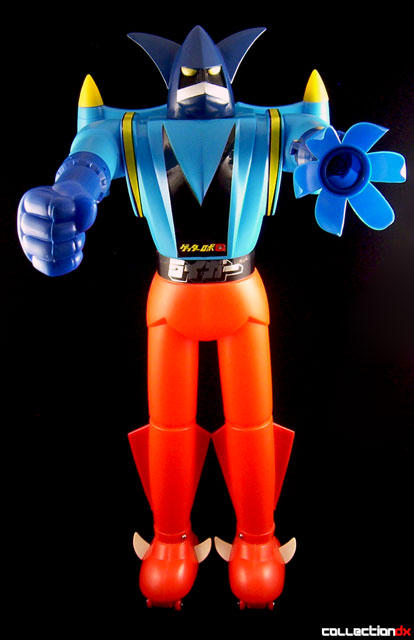 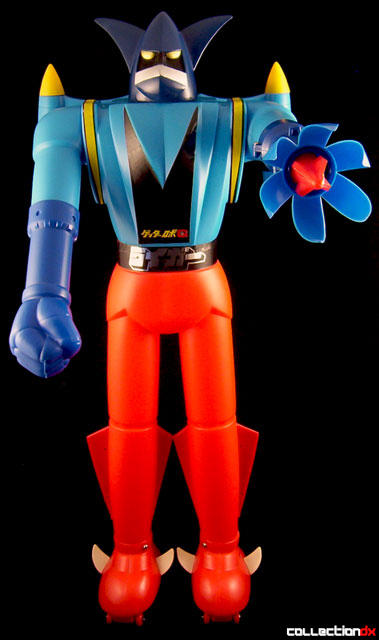 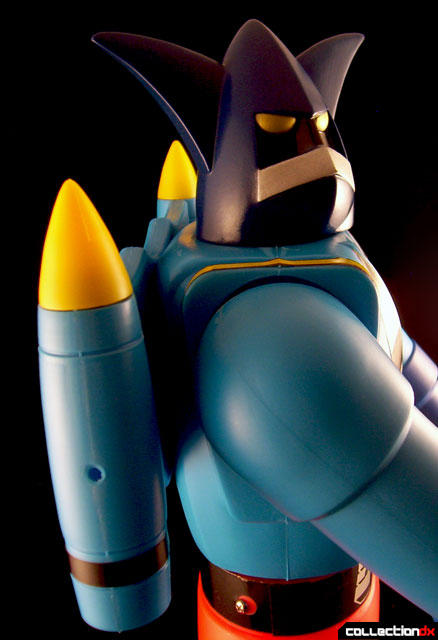 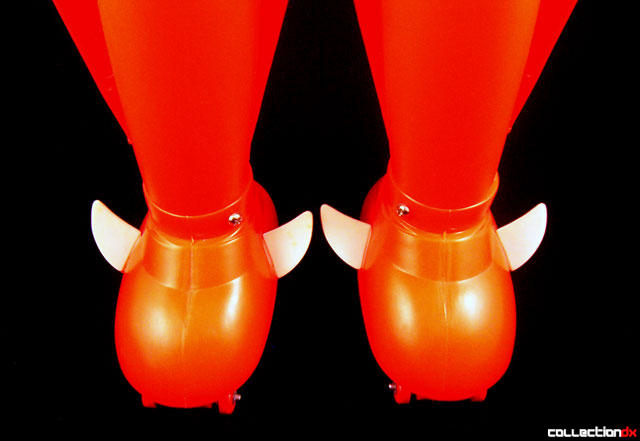 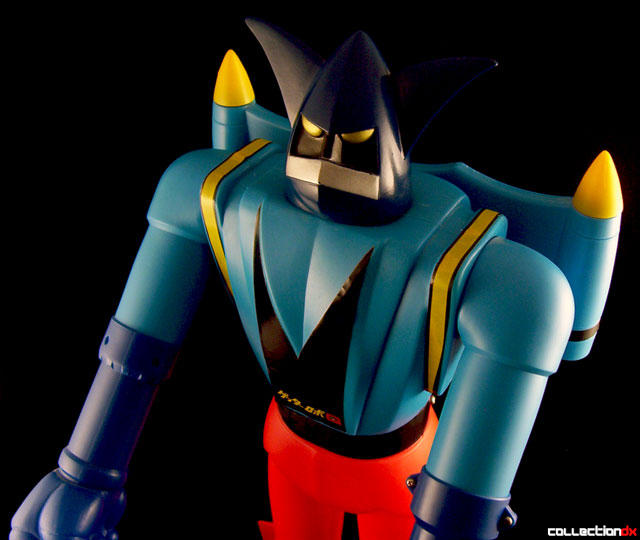 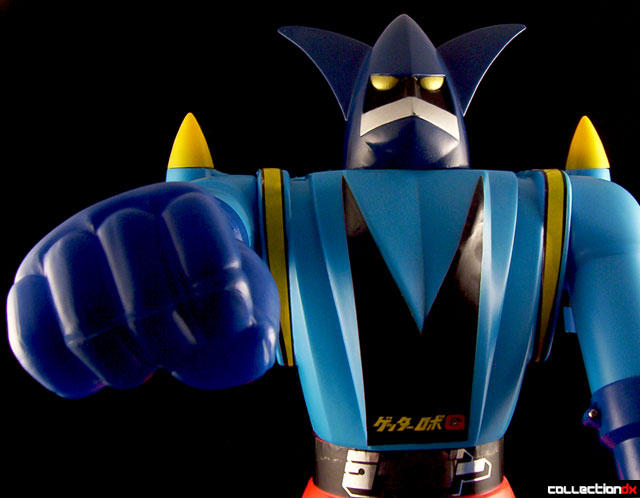 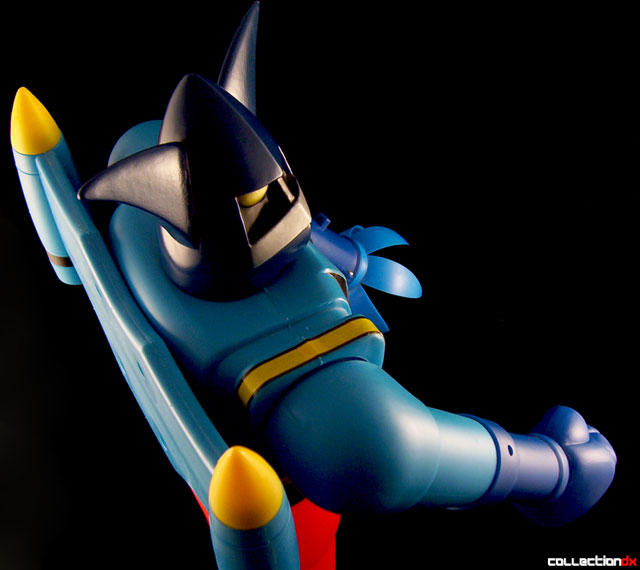 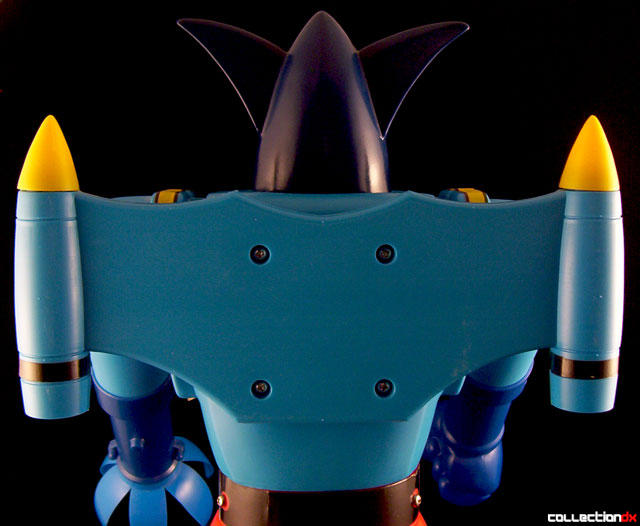 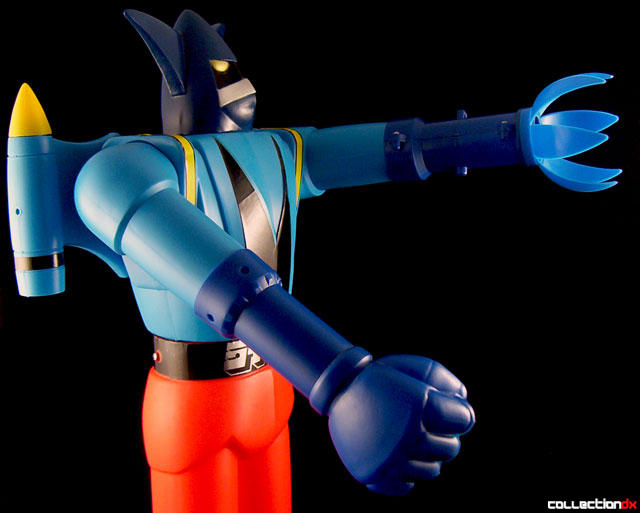 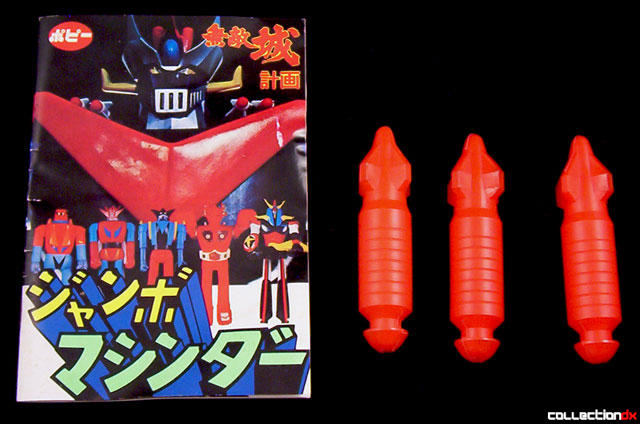 Are you sure about that? Do you have both? I don't have the ZZ-6 (couldn't care less about the accessories), but every collector I've spoken to in the past said it was the same thing.

Yep, I have both, maybe no one actually tried it, they do look almost exactly the same.

Ok, thanks very much for the information! I really appreciate it. I've edited and corrected that part of the review.