STRANGEco is proud to announce that it is now the exclusive distributor of Max Toy Company, the brainchild of obsessive toy collector, magazine founder and artist Mark Nagata. Max Toy Company creates high quality vinyl figures in the tradition of classic Japanese character toys, with exclusive designs by Nagata, Bwana Spoons and others, as well as premier licenses from the golden age of Japanese kaiju. 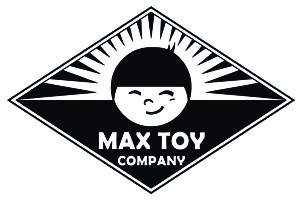 Ask anyone who knows Mark Nagata to describe him and the two things that will come up are toys and art.

After attending the Academy of Art College in San Francisco during the late 80's and picking up a New York artist's rep, Mark embarked on a 10-year plus journey as a freelance commercial illustrator. Churning out hundreds of assignments over the years, coupled with deadlines from hell took a toll, both mentally and physically. "I had to reassess what was important in my life and refocus my abilities towards a new goal. " said Nagata.

"I'd been collecting Japanese toys all along, and suddenly realized it would be cool to have a magazine of some type devoted to them." So it's no surprise that Mark ended up creating and co- publishing Super7 Magazine. After successfully building the Super7 brand for nearly 4 years, it was time to move on. "I wasn't able to paint as much as I wanted, and I realized that the part of Super7 I enjoyed the most was creating toys and artwork, " reflects Nagata.

Thus was born Mark's new venture called Max Toy Company, named after his son, Max. With a nod to the Golden Age of Japanese toys, Max Toy Co. will continue the tradition of offering classic Japanese character toys by all the best toy companies. Max Toy Co. produces its own exclusive toys, both licensed and original.

In addition, Mark writes about Japanese Toys and is the toy editor for the bi monthly magazine called Otaku USA, available at all major bookstores. Now Mark has teamed up with StrangeCo to help wholesale and distribute its product to a much wider audience.

"StrangeCo is the leader in distributing Art Toys and really curate their offerings with care while expanding the brands identity. I think Japanese inspired toys is a growing aspect of the Art Toy market and I'd like to expand Max Toy Company products to these collectors. I'm looking forward to have Max Toy Company as a part of their select group of offerings."

Max Toy Co is a synthesis of toys and art ... both of Mark Nagata's life long passions. 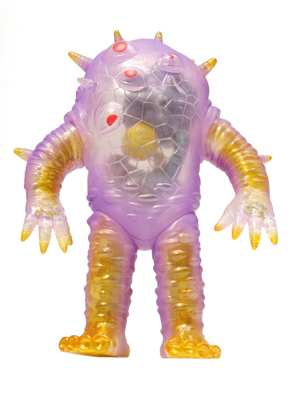 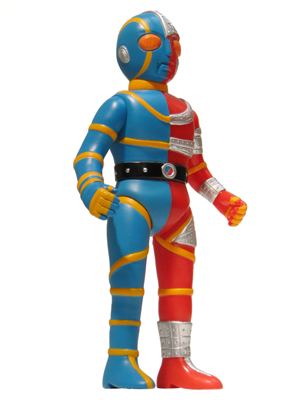 Based in San Francisco, CA but catering to the world at large, STRANGEco is a dynamic force behind the growing phenomenon of the designer art toy movement.

Working closely with artists they admire, the STRANGEco staff helps to develop character designs often only seen in two dimensions. The end results are beautiful original art pieces in three-glorious dimensions which fans can actually afford and collect. Notable artists STRANGEco has worked with include Mars-1, Jim Woodring, Friend With You, tokidoki, Nathan Jurevicius and many others.