"Kept you waiting for the Nendoroid too, huh?"

From the latest hit addition to the METAL GEAR series, 'METAL GEAR SOLID V: THE PHANTOM PAIN' comes a Nendoroid of Venom Snake! The Nendoroid is fully articulated allowing for all sorts of different action poses from the game - even the little ponytail on his back is fitted with a joint!

Optional parts include both his hand gun and assault rifle with their new designs, as well as three myoelectric arm prosthetics used in the game - the bionic arm, stun arm and blast arm are all included for all sorts of options! He also comes with his 'Phantom Cigar', a Nendoroid cardboard box and the iDROID displaying a map hologram for Snake to see where to head next! A Fulton balloon is also included allowing you to 'recover' other Nendoroids - Solid Snake, Raiden or any other Nendoroid! Bring out the METAL GEAR universe with Venom Snake and all sorts of optional parts!

Preorders of Nendoroid Venom Snake: Sneaking Suit Ver. from the GOOD SMILE ONLINE SHOP will include a Hand of Jehuty Bionic Arm as a bonus!

Orders from Amazon.co.jp include a special Mother Base container. 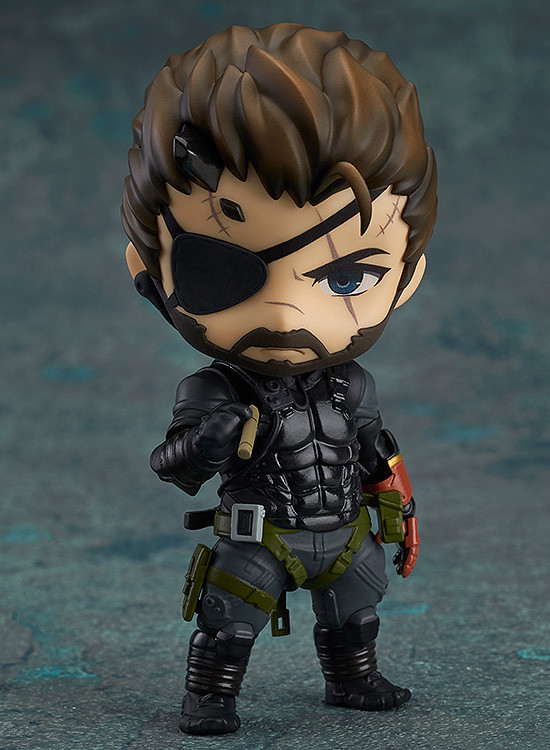 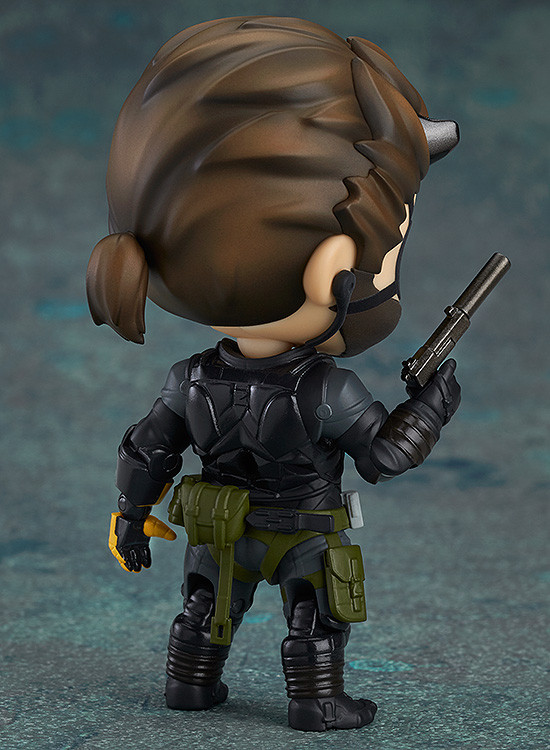 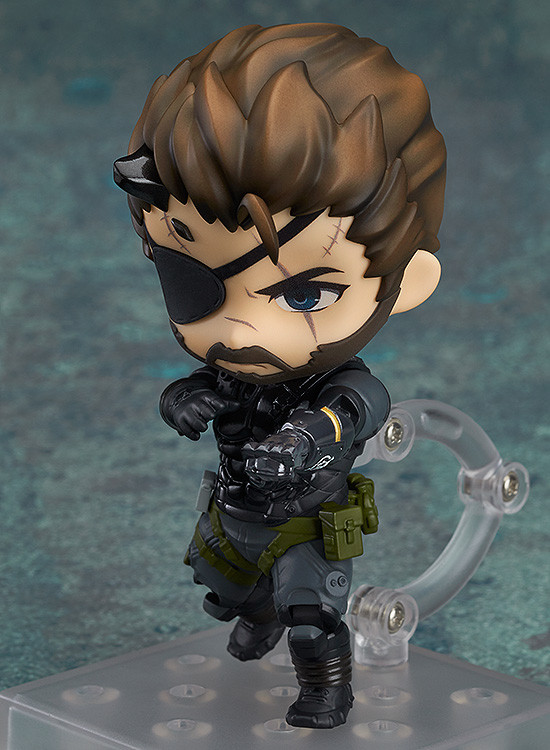 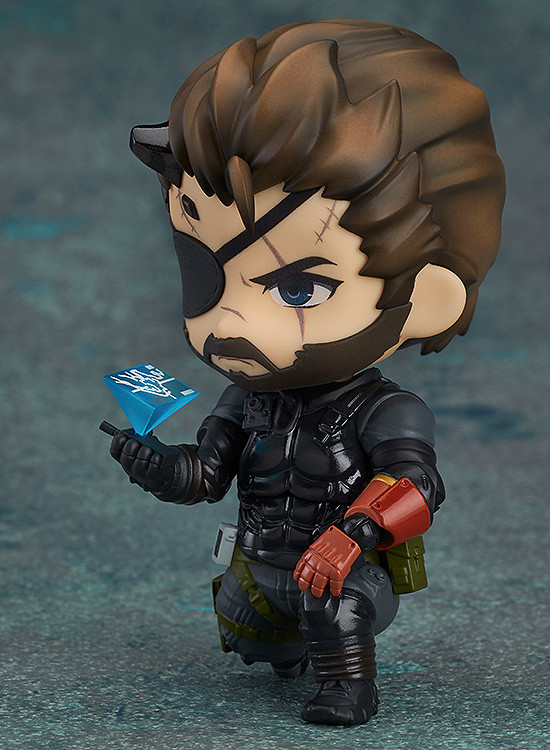 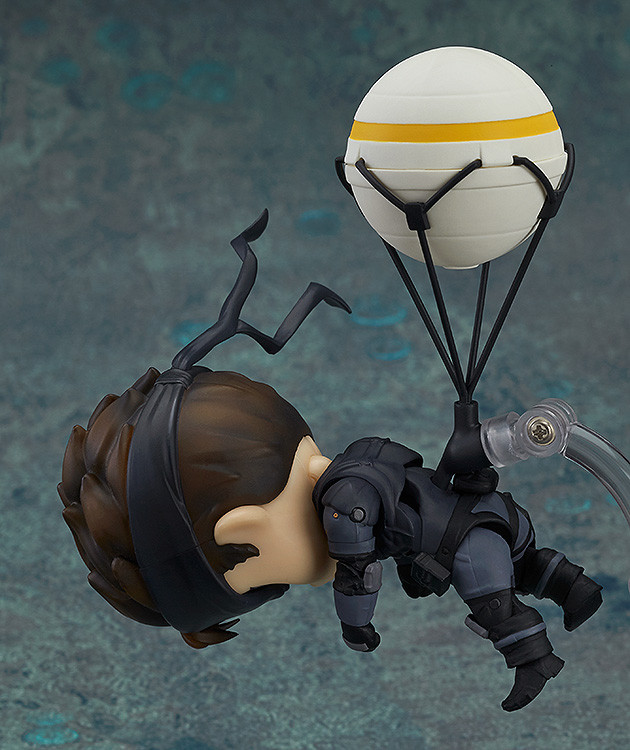 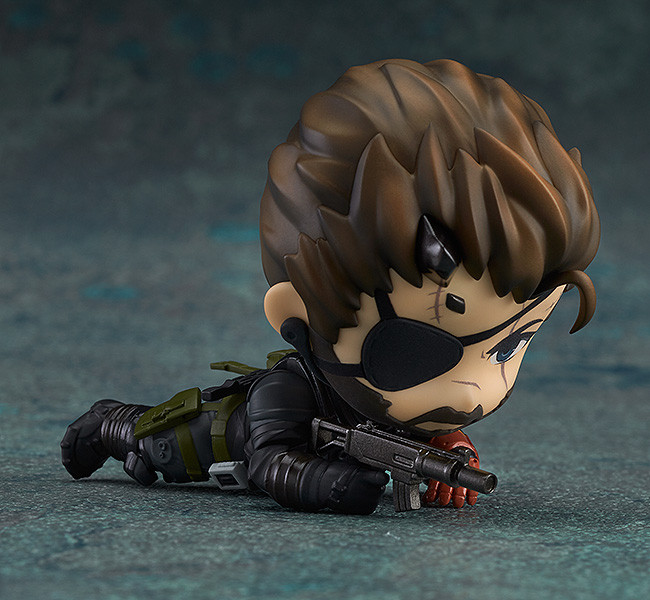 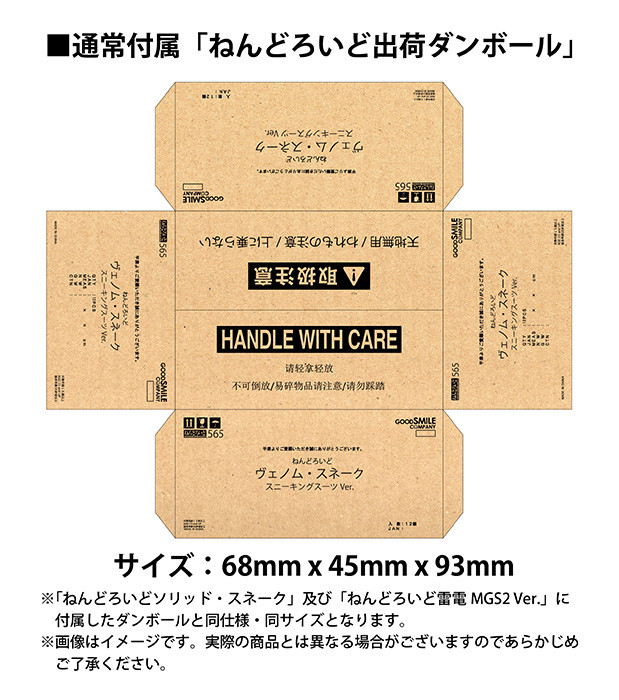 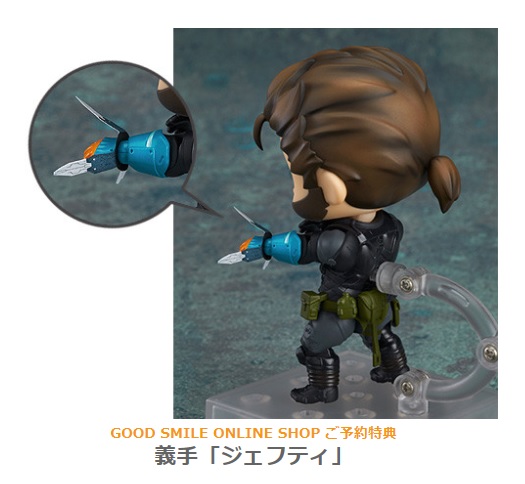 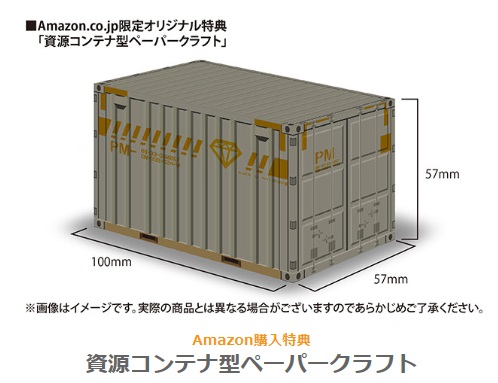