First 4 Figures is proud to present our 25th Anniversary Sonic the Hedgehog statue. Inspired from the end section of Green Hill Zone in which Sonic zooms pass the goal post to continue to the next act.

The main protagonist, Sonic, is a wisecracking anthropomorphic blue hedgehog who is able to run at supersonic speeds. The first game in the Sonic series released in 1991 and he became Sega's mascot character. Sonic along with a few of his friends (such as Tails, Amy, and Knuckles) team up to stop Dr. Ivo "Eggman" Robotnik from taking over the world.

One of the more critically acclaimed levels in the Sonic the Hedgehog series is the Green Hill Zone which is the very first level in the first Sonic the Hedgehog game. The Green Hill Zone is a lush, grassy stage full of environmental features such as palm trees, vertical loops, and cliffs. It is also the home of many woodland creatures but prior to the events of the original game, Doctor Eggman imprisons the animals inside robots called Badniks so Sonic must destroy them to free the creatures. The Green Hill Zone is considered a classic among many for its music and aesthetic. It has made reappearances in other Sonic games as well as inspired levels in other video games.

The first games in the series were side scrolling platformers but later games expanded into other genres. The franchise also went into other media such as cartoons, anime, and a comic book series. The Sonic the Hedgehog franchise has been awarded seven records by Guinness World Records. Some of the records include "Best Selling Game on Sega Systems", "Longest Running Comic Based on a Video Game", and "Best Selling Retro Game Compilation". 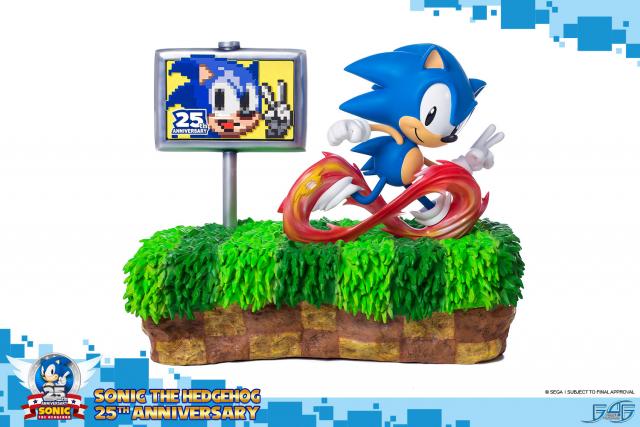 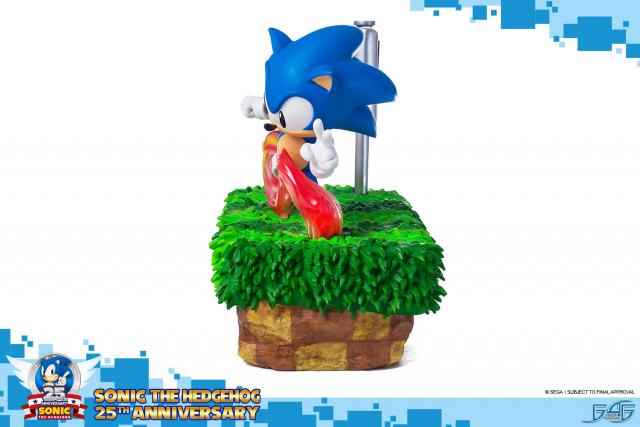 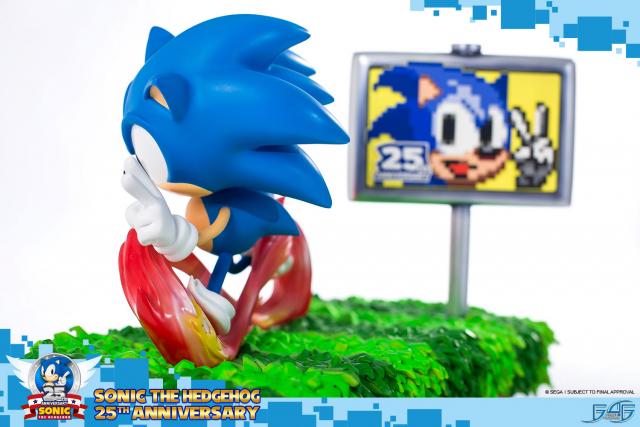 Comes in deluxe full-colour packaging with moulded foam interiors, and an authenticity card.

This is the third statue in First 4 Figures’ Sonic the Hedgehog Diorama line. The other 2 Diorama's, Sonic Generations and Sonic Tornado are still in stock.