Set to be unveiled for the first time at the 2017 Comic-Con International, these Limited Edition 1/10 scale statues depict an array of beloved heroes and supervillains. Each one is hand-painted and rendered in Polystone and presented on a detailed display base and ready for battle. Combine each 10-inch statue with others in the series to create a kinetic diorama that is sure to become a centerpiece of any fans’ personal collection.

Comic-Con International is one of the nation’s largest comic book, science fiction and pop culture events, and will take place July 20th–23rd at the San Diego Convention Center, in San Diego, CA. Complete details on Comic-Con are available at: www.comic-con.org. Bluefin will be located in Booth #401

The first statues in the Iron Studios Battle Diorama series will be on prominent display at Bluefin’s booth during the Comic-Con International and will include Spider-Man, Spider-Gwen, Venom and Carnage! The first of these figures will be available via retail channels beginning in November with additional ones set for release in early 2018. Pre-orders are available now from authorized Bluefin retailers nationwide and also from a variety of leading online outlets.

Also set to be showcased for the first time at Comic-Con will be new Batman: Arkham Knight statues along with prototypes for additional upcoming Iron Studios statues based on the recent Wonder Woman movie by Warner Bros. and several Marvel-based characters. 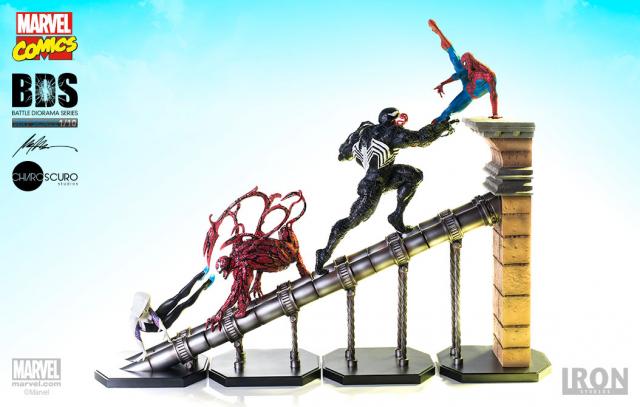 Available in Limited Edition quantities as a 2017 Comic-Con Exclusive will be the Iron Studios 1/10 Art Scale Batman: Arkham Knight Bronze Version. This stunning 10-inch statue is available only from Bluefin for $149.99 and based on original 3D references from the action-adventure video game developed by Rocksteady Studios and published by Warner Bros. Interactive Entertainment. 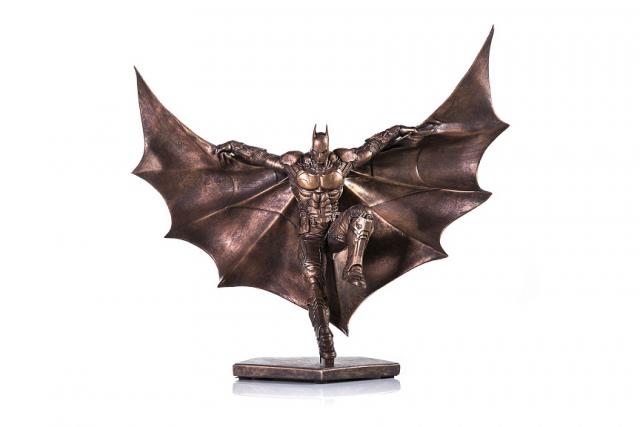 Founded in 2010, Iron Studios is headquartered in Brazil and specializes in a wide range of incredibly accurate and lifelike 1/10 scale products. For additional information on Iron Studios, please visit https://www.facebook.com/ironstudios and http://www.ironstudios.com.br/.