from TakaraTomy, due late october 3,500yen 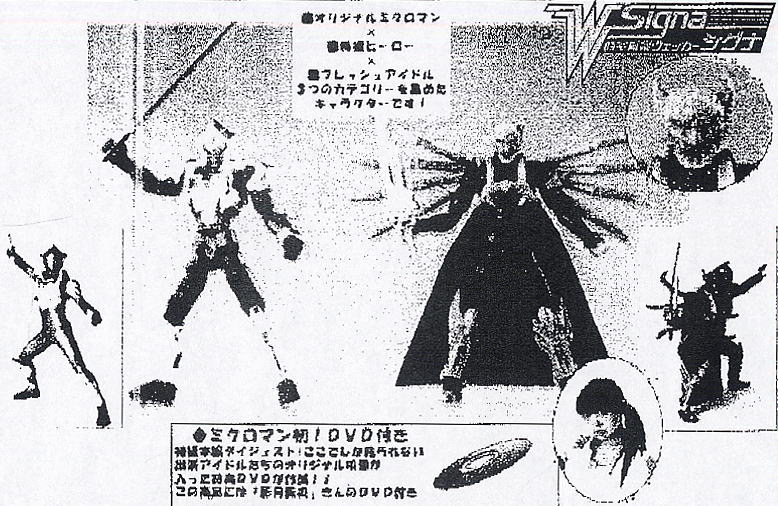 Due December 2007, these will be released in sets of two. The first set, featuring a blue wingman and a girl will retail for 3,675. The second set will feature a red wingman and a transforming (?) hover bike for 5,985yen.

Megahouse (a BandaiNamco company) is introducing a new action figure line called Actionworks. Each figure will be fully articulated and retail for 2500yen. Due in october. The first three planned are Gavan, Sharivan, and Shaider. 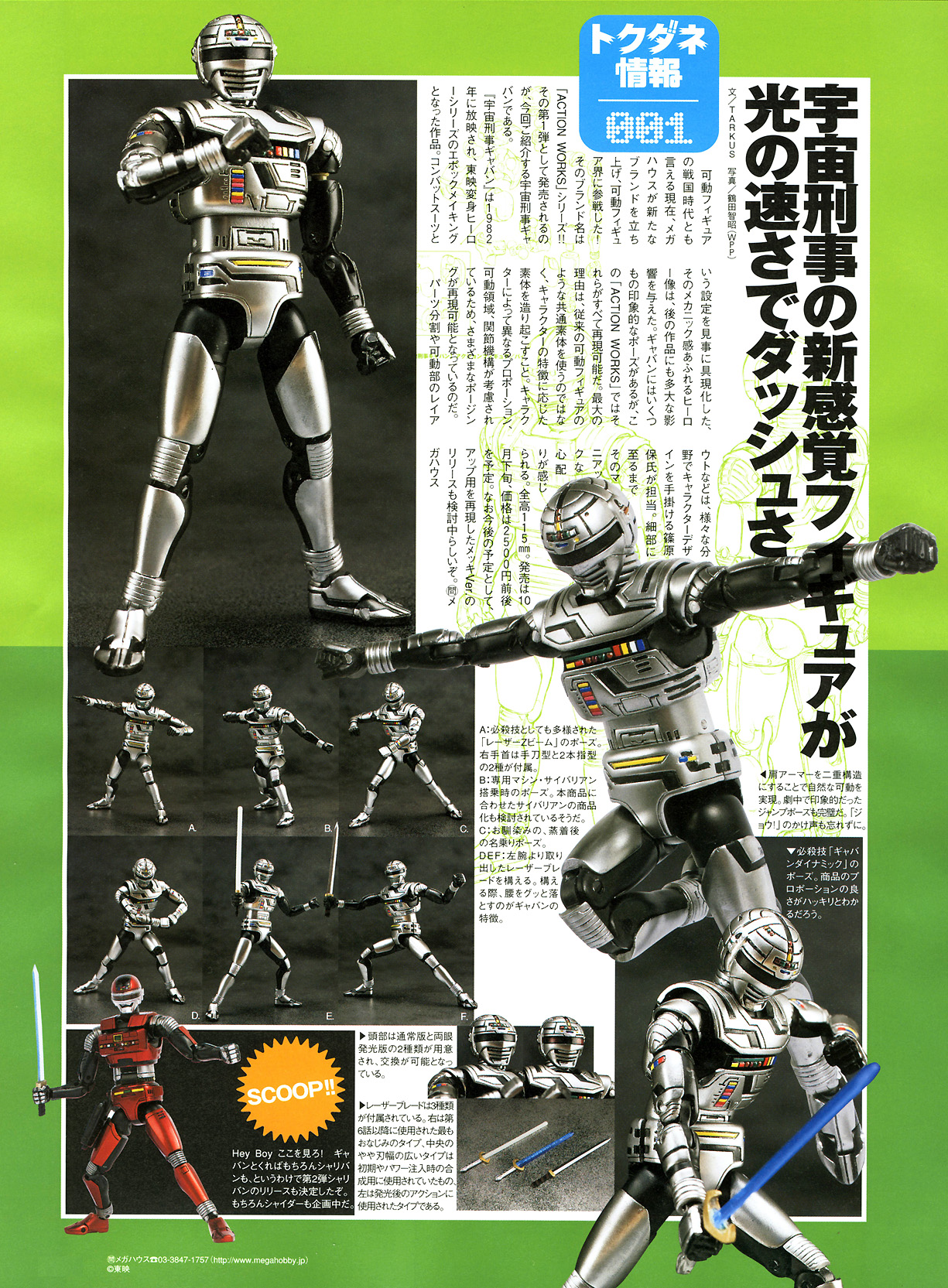 I thought these weapons were coming with the figures, but I guess not. Evangelion 1.0 New Movie Edition Positron Rifle and ESV Shield set. 2,205 yen, due August. 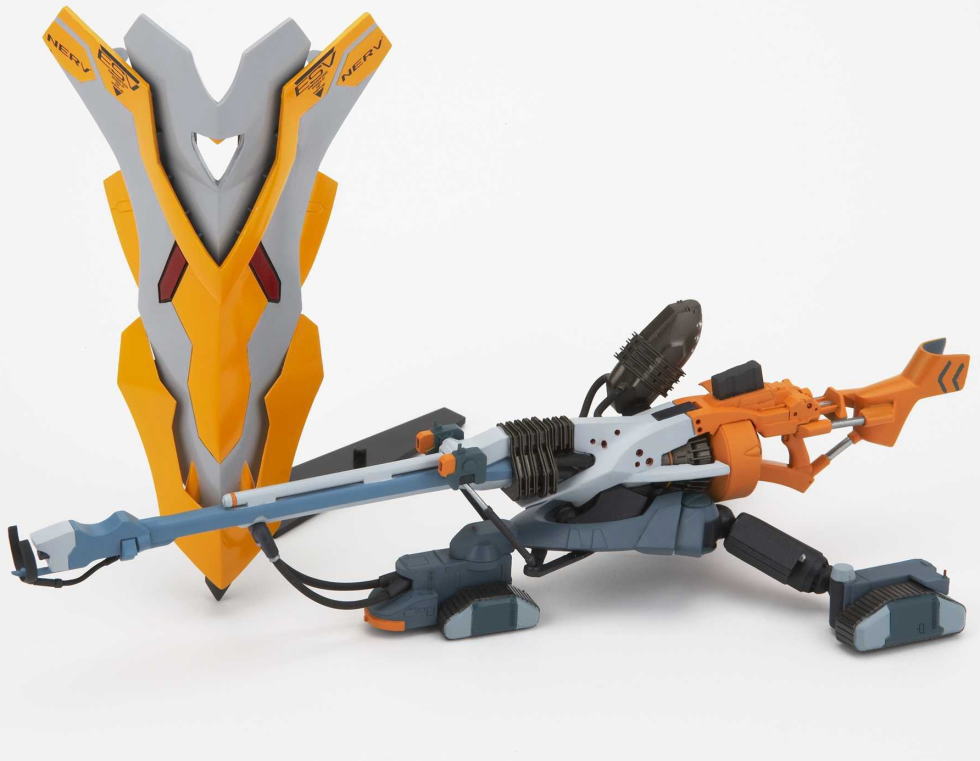 Due Mid august for 1995yen from Kaiyodo 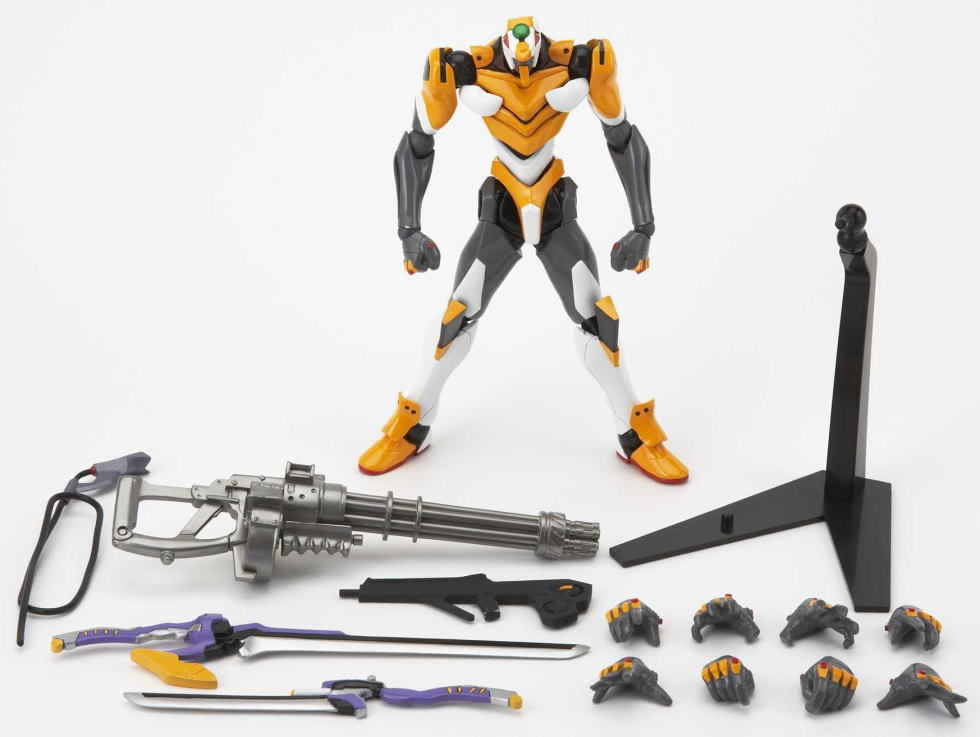 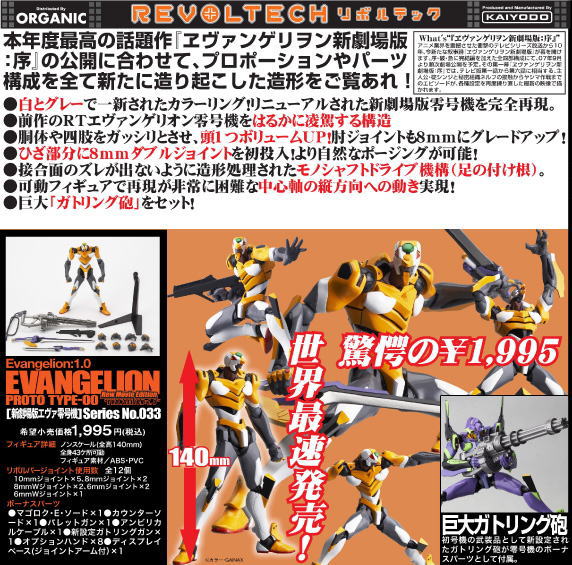 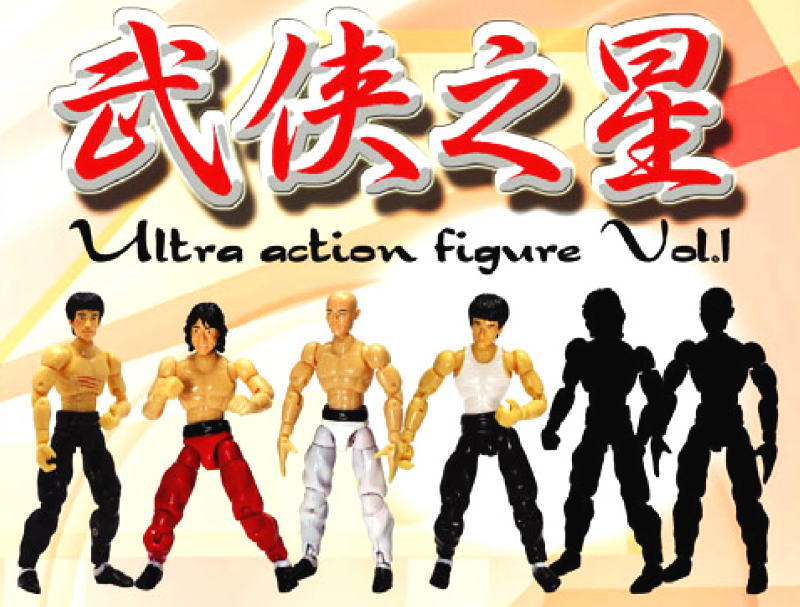 Here is an interesting one. Like those 3D album covers, here is 3D poster art from the Space Cruiser Yamato Movie. This "poster" is 297mm tall (12 inches) and will retail for 15,800 yen. Due June 2007 from Happinet. 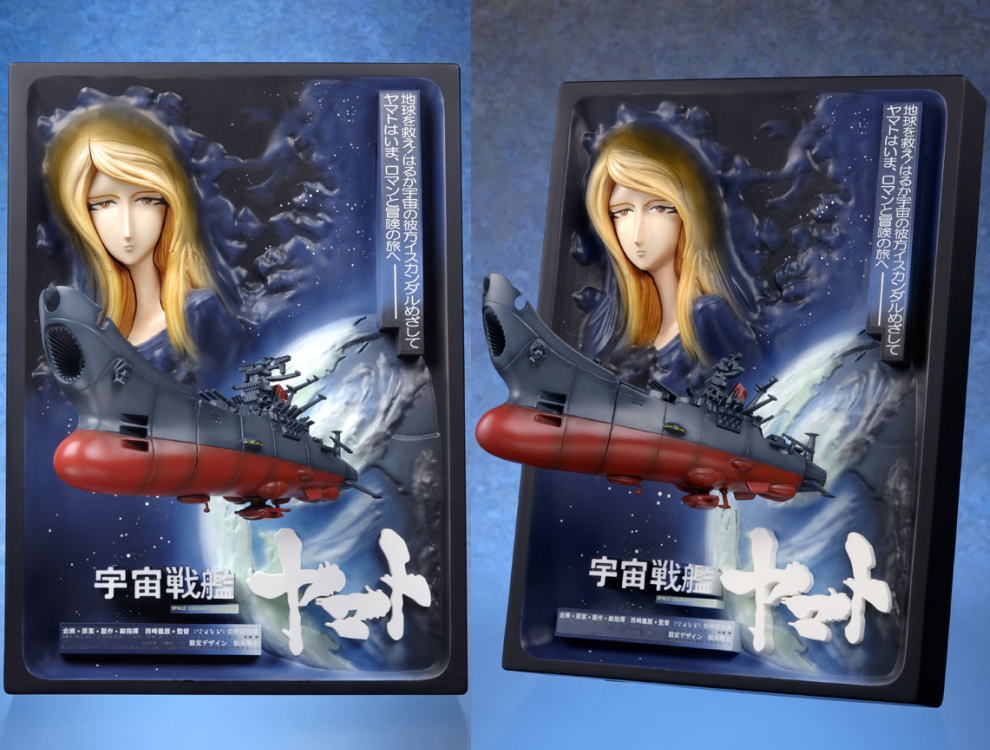 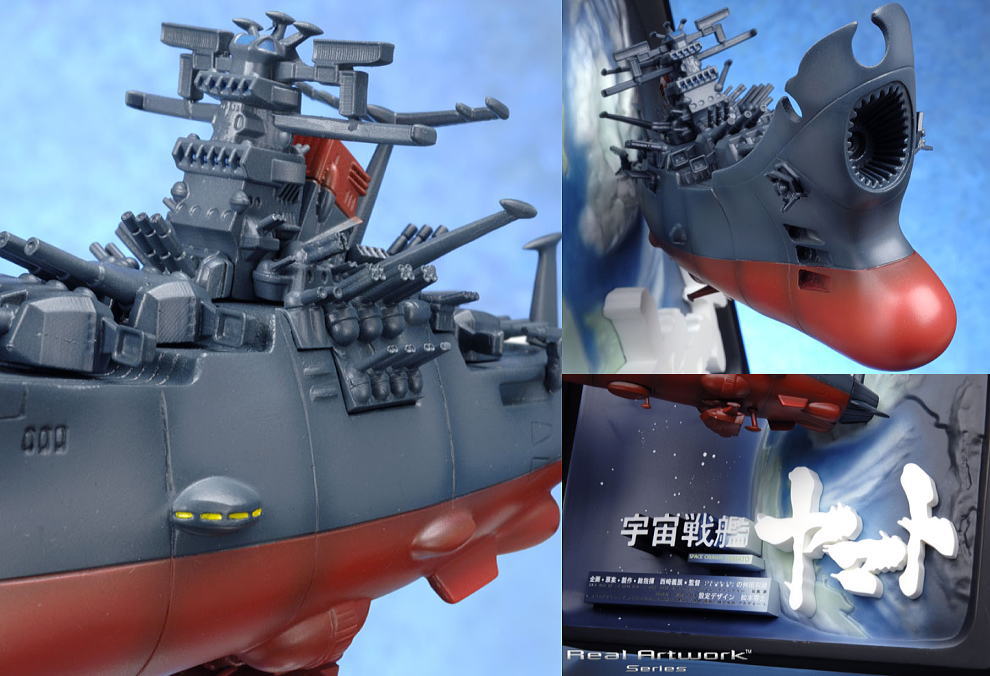 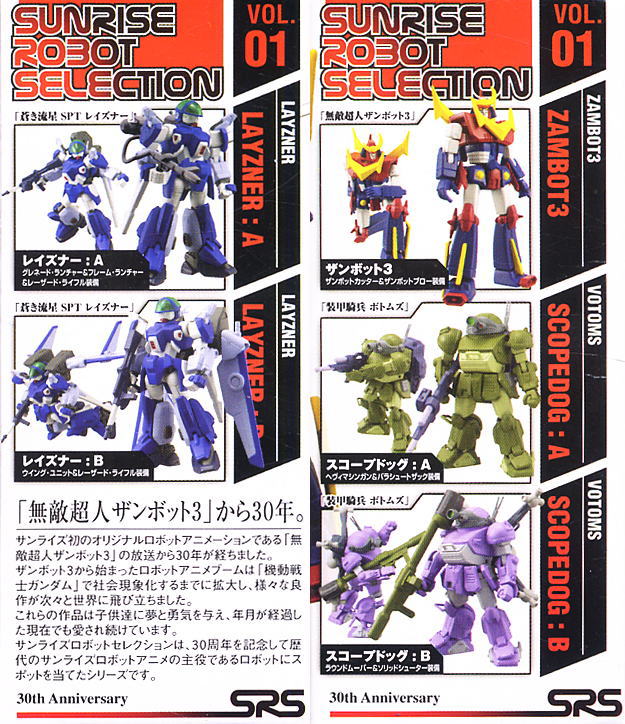 A new SD Mazinger Z from a corporation called Metal Box. These toys will be 11cm and will retail for 6,300 yen. Due September?. made of metal? Who knows! Comes in both OVA and Anime colors. 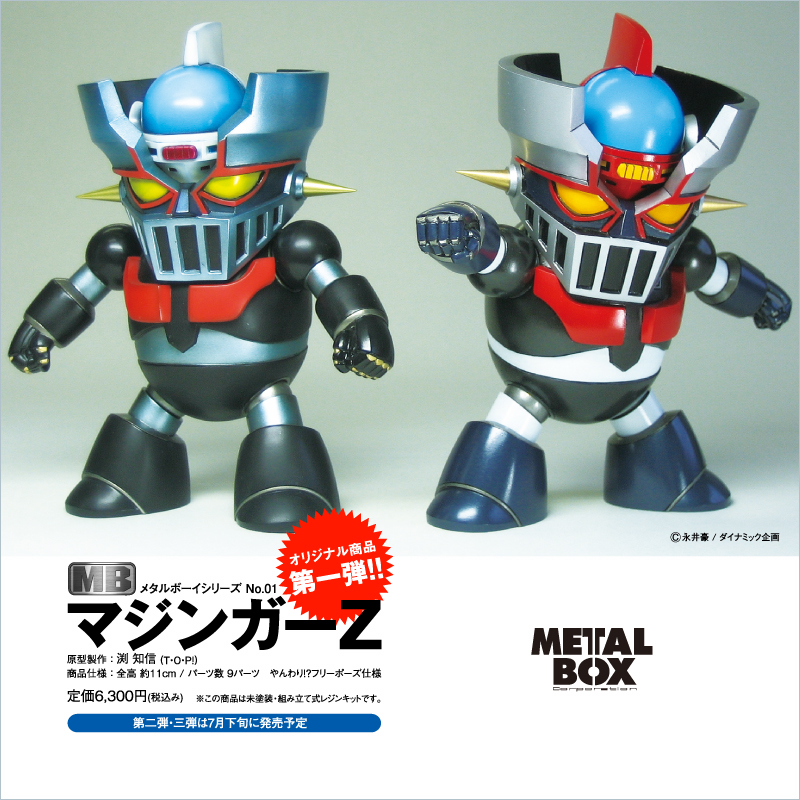 Wow those weapons for the EVAs for the upcoming "Rebuild of Evangelion" film look sweet-! Looks like they went for more stylized versions of the High-powered Positron Rifle and the improvised shield (originally the underbelly of a space shuttle orbiter) which both debuted in Ep.6 of the series to combat the awesome power of the 5th Angel rather than the function-before-form practical style of the originals. Are those for the Revoltech series, or the LM-HGs?
.
Nice--! The EVAs get brand new chainguns! Ass-kickin' weapons, those. ;) I also wonder if the two katana-styled Magoroku-Exterminate Swords (aka, "Progressive Sword(s)") will finally make an appearance in an official anime rather than just being an accessory for models and games all the time, like they are here...?
.
Okay- so far, the repaint of Unit-00 has included much more white than the original did. But now they're adding more black to that!? Make up your minds! Sheesh!
.
Since it's looking more-and-more likely that the first film will be a retelling of Ep.5-6, I wonder if the 5th Angel is getting a makeover as well...? Anyone here see the unrelated concept artwork of the [5th] Angel that was made by Weta Workshop ("The Lord of the Rings" trilogy, "King Kong" remake, "The Chronicles of Narnia" series) for the upcoming-but-long-delayed "Evangelion" live-action movie? I wonder if it'll be something like that for "Rebuild..."

I'm so thrilled that they're doing new Wingman figures. I love that armor design.

Josh, you may be right about the third figure being Jet Li--it's really tough to tell from that pic...let alone from the fact that the figures aren't exactly all that super-accurate to begin with...!
.
But I'm gonna throw down a guess for Liu Chia Hui, a.k.a., Gordon Liu. Now THAT dude's a kung-fu legend!! Plus, he's often seen with a shaven head, unlike Jet Li.
.
--
Sanjeev